Contributing Artist
So my first product is now live in the Hivewire store. Random Hive is a Poser script that I hope will help inspire people. A little later today I'll post some renders using Diva but I thought I'd start by talking about the why and what I hope my script will help people do.

A few months ago when I started playing with Dawn I ran into what I often run into. I'm not a sculptor, so it's often hard for me to see beyond the initial shape of a figure to what that figure can become. Also I had quickly gotten VW's faces of Asia and Africa morphs, and the required morphs for them, but didn't really know what all those morphs did.

I already had a script to randomize morphs, but I didn't like how it worked with Dawn. It tended to 'pull' in the basic expressions included in Dawn's Basic INJ so she'd be frowning, or angry or closing her eyes, or sometimes just have a really goofy expression. The underlying faces may have been great, but the time spent hunting down the expressions so I could see face underneath wasn't fun (I now know where to find them all, but I didn't at the time).

So I decided to build something better. One problem I had found with scripts that create random results, is that although random can be fun, and if you roll the dice enough times, eventually you will get something good most of the time you might get something interesting, but not quite right. Either one morph just didn't belong, of it just needed the smallest bit of tweaking. What I really wanted I realized was something that would give me a new starting point. Something to give me inspiration and help me find new characters.

The script does ignore all of Dawn/Dusk/Luna's expression and control morphs that come with BaseINJ. But it also tells you what morphs it used, so you can get rid of morphs you don't like, or easily adjust ones that are either a little too much, or not quite enough. It also lets you randomize certain parts of the face, like just the nose, or mouth, or ears, so you can either adjust an existing figure, or possibly create a sister or brother.

Finally, it may not sound quite as sexy, but it also comes with a helper script I've called MorphCleanBot. This script helps you quickly get rid of all the morphs you aren't using so it's easier to adjust and dial in the ones you are, but it still leaves behind all the control morphs that make the Hivewire figures so nice to use.

I'm really excited to see what others are inspired to create with my script, and if anyone has any suggestions, I'm definitely open to updating if theres something that would make it more usable.

If you actually read through all of that, you can also see a demo of how the script works here:

When you buy this, folks, be SURE to read the included pdf Tutorial!!

Contributing Artist
Some Diva faces I created earlier today using my script and VW's Face of Asia morphs and textures.

The product page doesn't say, and I've been burned by scripts before. Is this Mac compatible? Thanks!

Contributing Artist
Yes, I'm on a mac myself, so I can promise it will work

HW Honey Bear
I bought this randomizer if for nothing else this super aspect of being able to make all the dials that you're not using invisible… That is really helpful! My other idea is to inject other morphs into dusk or dawn or Luna and see what I can come up with. I take it it would not work with the hivewire animals? Just the humans? Anyway I watch the complete video and I was very impressed.

Cool. Thanks . And if for some reason you do have problems let me know.


Lyne said:
I bought this randomizer if for nothing else this super aspect of being able to make all the dials that you're not using invisible… That is really helpful! My other idea is to inject other morphs into dusk or dawn or Luna and see what I can come up with. I take it it would not work with the hivewire animals? Just the humans? Anyway I watch the complete video and I was very impressed.
Click to expand...

So I haven't gotten the gorilla yet, mostly because I'd play with him too much if I did and have other things to work on.

But since he's a Dusk morph, he should mix in just fine.

I thought of creating something for Harry, he's just a little more complicated because he's really sort of four figures combined. I've only played around a little with the script on Harry and it tends to mostly randomize his fetlocks and bangs. He's just organized much differently. The MorphCleanBot, however does do a pretty good job on him, although again, you might loose a few of the styling options for his hair.

I do have something for Harry in mind, but it would be a bit different. I've been helping Rae test out her Kitty Ponies, and it's made me realized how time intensive it can be loading morphs and mats for all the different parts of Harry if you aren't just loading a default set. I'm hoping to put together a script that lets you load a bunch of different breeds into all his parts (body, mane, tail, fetlocks) at once. And then allows you to pick and choose materials a little easier. It needs to work a lot more closely with the users library, so I'm still trying to figure out the best way to approach it. I think a randomizer for Harry would need to focus on his breeds, and I'd have to spend a lot more time understanding his morphs. But it may come along.

Contributing Artist
Okay, so I just wanted to be upfront and let people know I have found an odd issue with my script and Diva. It seems to only happen in a specific set of circumstances, but someone else might run into it. Basically if you run the script on Diva and the one of Diva's elf ear morphs is effected, then you run the script again, if it tries to act on that same morph again, it may look like the geometry has blown up. For reasons I haven't figure out yet, the elf ear morphs on the Head (not the ones on the Body) like to get set to values like -6732, and hence, Diva's ears explode. Going to the Diva/Dawn's head and setting the offending ear morph to zero will fix the issue, but I will try to figure this out, and come out with a better fix.

Some randomized Diva faces I created using VWs Face's of Asia and my RandomHive script
Click to expand...

So cool...I love this! I would love a script like this for DS! I love what you did with Diva...

Is the problem with ear morphs with Dawn as well or just Diva?

Contributing Artist
So by using the time honored tradition of sleeping on it, I figured out what was happening. Diva's ear morphs, specifically elvenear1 2 and 3 don't have limits set, so they can be set anywhere from the Poser default of -100000 to 100000. The control morphs on her body do have limits, so a person would likely dial those and never realize that the ones on her head can be dialed way out, and a human would also stop once the morphs got too extreme.

But my script is not a person, so it doesn't know any better. And that's my fault. I didn't add in any error checking for morphs like that. I just need to go in and adjust some of the math so that negative morphs can't go beyond -1 and it will sort itself out.

As for a script for DS? Well, maybe some day. I have to get more comfortable in DS before I can attempt scripting there. DS uses it's own scripting language, which is supposedly based on JavaScript, which I do know, but there aren't many examples out there for me to take apart when I get stuck, and since I'm not good with DS to begin with, I think at the moment I would just drive myself insane. That being said my shoes for Luna are almost done in Poser, so I'm about to start trying to make a DS version and that should help easy me into DS.

Contributing Artist
Hi Gadget Girl, I just double checked to be sure but the ones I have on my computer have the limits set at 1. I just tried putting 2 in all of them and they reset to 1 and wouldn't go higher by dialing either. The only elf ears with Diva should be start with plDiva not elvenear1,2, and3. Not sure what is happening there...

Pendraia said:
The only elf ears with Diva should be start with plDiva not elvenear1,2, and3. Not sure what is happening there...
Click to expand...

Hmm. . . So I went back and looked at this again. I loaded Dawn, and double checked her head, looking for any elf ear morphs, and there were none. When I load in Diva though, this is what I get:

All the plDiva morphs on the body work just fine. And these aren't those morphs, I've now realized. They show a different set of elven ears from Diva's:

So I really don't know where they are coming from. Whatever the origin, for my script at least, and updated version that resolves the issue should be out soon. 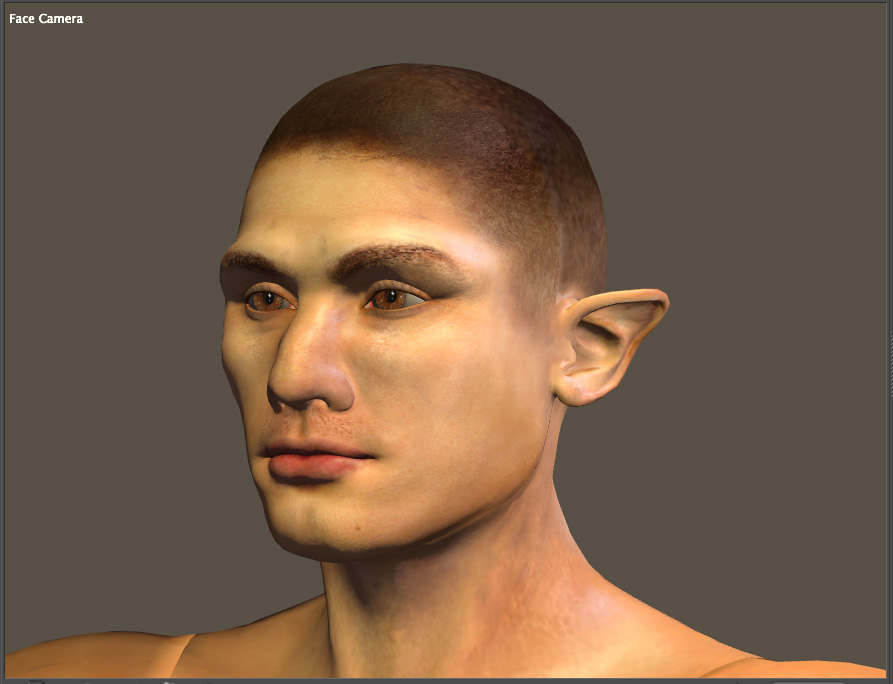 Glad you're having fun with it. That's a neat Dusk face, some neat bone structure.

Contributing Artist
It's finally here. My Ao Dai for Baby Luna is now in the store. Some new cute dynamic options for Luna.