Pendraia said:
...I used my best 'mum' voice and said, 'Stop that now or I'll call the police'.

No one was more surprised than me when they actually stopped.

...many people had rang them [police] about it but had been too scared to go out.

I still chuckle at the memory of me in my nightie yelling at two blokes who were much larger than me.
Click to expand...

If they are just rough lads, poorly disciplined (perhaps due to overindulgence at the local libatory establishment), then it is amazing what an angry TinkerBell can do. 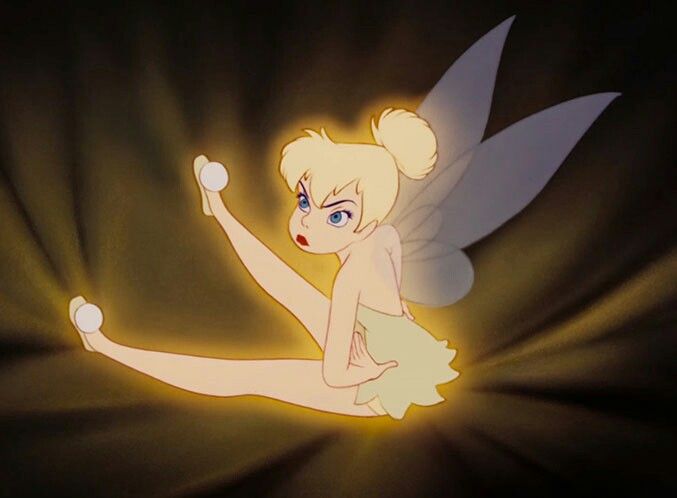 But if they are the sociopathic sort, then they have departed from civilization, and force must be met with force.

You live where nearly no one is "allowed" to have guns. But if someone is willing to transgress the law to murder, such a one will not care that it is "illegal" for him to possess a gun. Those laws only prevent decent law-abiding people from protecting themselves. The criminal doesn't care that it's illegal.

The reason hoodlum events are infrequent here in hilljack country is not because of a dearth of people with an evil bent, but rather because those evil people know that good men can -and will- rain down hellfire and brimstone on them if they commit evil acts. Come to think of it, my sister has challenged interlopers (suspiciously eyeing her husband's plow blade) with a 12 gauge riot gun in hand.

An armed society is a polite society. As the song goes, We say grace, and we say "Ma'am"...

Contributing Artist
I don't know about needing a shotgun...they did listen and stop fighting. I think that it's important that we stand up for what is right irrespective of whether you have a gun. I seem to remember a saying that evil flourishes where good men say nothing...I'll have to look it up...not sure where I got it from.

CV-BEE
Contributing Artist
So.. today/overnight was.. interesting to say the least.

Hubby calls : "I'm going to be late. I'm having some REAL FUN with the car."

"Lightning hit the pole ten feet away from the car."

"It's not detecting anything in the fuel tank, the starter won't even engage, and the lights won't come on."

What was it I said to him recently? "We've got about a grand saved up towards moving - something always comes up to chew it up whenever we get to that amount saved." Last night, it was the upstairs tenant informing us he is going to have to move out because his girl is flaking out and her family just caused him to get fired. And this morning... lightning and our car.

Now on the good side; we did find out that it actually is going to be covered by the insurance. We had put comprehensive and rental onto the policy a long while back "just in case," because "we can't afford to replace the car on a whim." And then when he called this morning/overnight about this, we had both completely forgotten about it until one of his coworkers told him to call up the insurance company and "see what they say."

So, WHEW, insurance will cover the rental for up to 30 days (just a $30 deductible), and covered the tow, and they'll be assessing whether the car is totaled, or is going to be repaired. Assessor will be out to look at it no later than Tuesday. But yeah, so glad we had thought to put the extra coverage on this car. LOL!

He got home today around 11am; had been awake since 5pm the night before, and worked overnight. Car was towed to our usual shop, they spent 45 minutes trying to get it to turn over (failed), and finally came out to him laughing and told him that if it were up to them, they'd total the car. They said pretty much what I told him when he called while they were looking at it... "Probably every bit of a electronics in the car is toasted. It's likely totaled."

Only us, I swear! And folks wonder why it's so hard for me to show regular attendance on my 3D!

Señor Pararrayo - aka, "Mr. Lightning Rod" in English (his coworkers are all Méxican), is now back to work. In the rental. He's not going to live down that nickname for a LONG time.

Contributing Artist
Glad the insurance covers some of it Seliah...

Bear's going to just love that nickname.
Click to expand...

Oh, he's already learning how to "grin and bear it." LOL!


Pendraia said:
Glad the insurance covers some of it Seliah...
Click to expand...

So am I. We were already starting to squirm last night trying to figure out if we had enough for a down payment on a new one, how we were going to cover two car payments (this one wasn't even paid off yet), etc. And then one of his coworkers suggested he call the insurance company and we breathed a sigh of relief.

CV-BEE
Contributing Artist
Not having time, or my own space, to 3D is making me crazy.

I just needed to growl! LOL

CV-BEE
Hey Seliah. Good to see you, and yes, we all have those times when R/L enjoys getting in the way of what we'd REALLY like to be doing.

Miss B said:
Hey Seliah. Good to see you, and yes, we all have those times when R/L enjoys getting in the way of what we'd REALLY like to be doing.
Click to expand...

Yeah, but this has been going for over a year now. With no end in sight. And it's making me crazy.

I used to have a space downstairs in the basement (back when we were on the old HW forums). It worked beautifully for me. I lost that space to "spare lumber" because my husband is a carpenter and he collects lumber the way some boys collect baseball cards.

The rest of the house is spoken for, so basically I have absolutely NO space in this house that is mine, and unfortunately it makes it almost impossible to focus or concentrate, because like most families... if mom is in the middle of the house, everyone is asking for things/talking to her/showing her things/telling her things every second of the day.

And then my dear husband wonders why I haven't been able to put out another product! LMAO

CV-BEE
Contributing Artist
Sounds like you need a mom's shed!

After 20 years, you'd think so! But apparently it hasn't sunk in yet. And then they wonder why momma starts getting snappy and nippy! LOL

By the way, Miss B - you know you've been signed out of Skype for days, right? I was starting to worry about you until I realized you were posting as per your usual on the forums here.

CV-BEE
Well, it just so happens, I'm signed into Skype as I type this.

Actually, Satira's hardly ever on Skype anymore, and Shelly's been working such crazy hours, she's hardly been thinking 3D, let alone doing anything 3D, so I haven't had Skype open every day. Maybe I'll have to change that thinking.

Miss B said:
Well, it just so happens, I'm signed into Skype as I type this.

Actually, Satira's hardly ever on Skype anymore, and Shelly's been working such crazy hours, she's hardly been thinking 3D, let alone doing anything 3D, so I haven't had Skype open every day. Maybe I'll have to change that thinking.
Click to expand...

Ah, it figures you would login just as I was offline getting Bear out the door to work! LOL!

Yeah, I've been on it for days now. I'm really really TRYING to 3D again. At least I know my daughter won't yammer my ear off. It's her dad that hasn't figured that out yet...

Anyway, I hadn't seen you on in days, so I had started wondering if you were okay. Glad to hear you're fine.

CV-BEE
Actually, I had logged on when I came home from running errands, but no I haven't been on lately because I didn't think anyone would be on. Now that I know you've been looking for me, I'll be sure to log on every day.

CV-BEE
Contributing Artist
LOL! I just worry sometimes if I haven't seen someone in a while who is normally online a lot. Chalk it up to my anxiety, I guess!

CV-BEE
Well, chalk it up to mental telepathy as well, because I don't know why I thought I should log onto Skype today. ~shrugs~

It's funny how things work sometimes, isn't it?