Show Us Your Dawn Renders!

My first render in a good few weeks as I play with other pastimes, but Poser still has a draw and I am still buying some new content here and there.

Caoimhe has had a change of hair colour along the way as well. 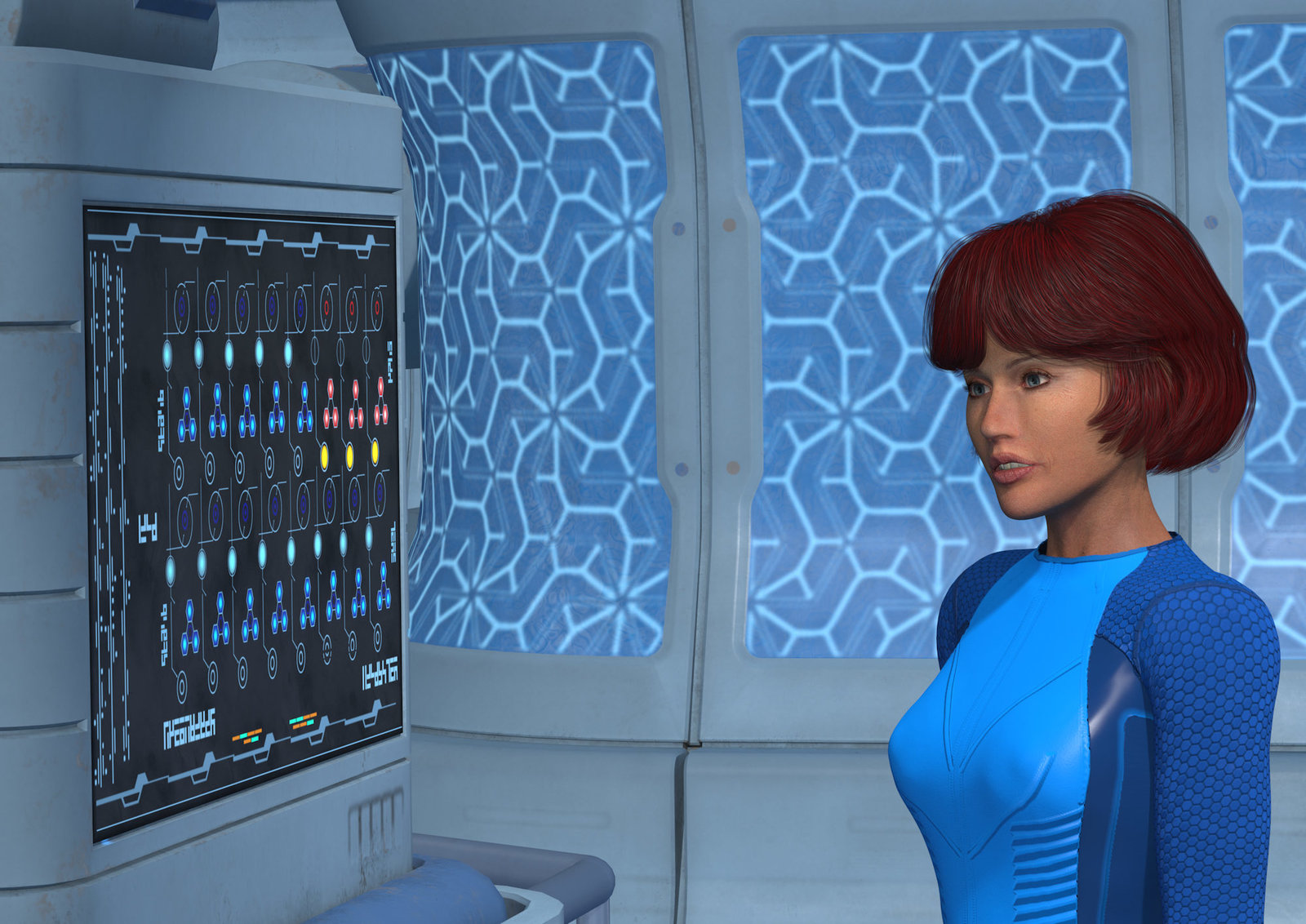 Suit is the stunning Borghild - Cyber Sci-fi for Dawn by Hunter3D.

Caoimhe's stomach had an adverse reaction as the lift started it's journey upwards a feeling she saw as confirmation that she really should not have come but then she had been telling herself that for days. She made the decision not to come very early on but she could not shake the nagging doubt that she would in the end. Now she felt she would rather be facing a squadron of enemy star fighters rather than be here, at least she would know what she had to do and why she was doing it.

Her mind drifted back to Turlough they had never been close due mainly to the fact that whenever they were together an argument was never far away and when they argued they would keep their distance, at least for a while. This time had been different the normal week or two separation became a month and then two and then.... well it had been almost a year since they had met up. She had given up on the idea she would see him again and then, out of the blue, the invite. Why had he made contact, more to the point, why had she accepted she had no real need to see him but then, that being the case, why had she spent most the afternoon trying to look her best. She told herself it was because it would help her feel confident but if that was the reason it had all been in vain. 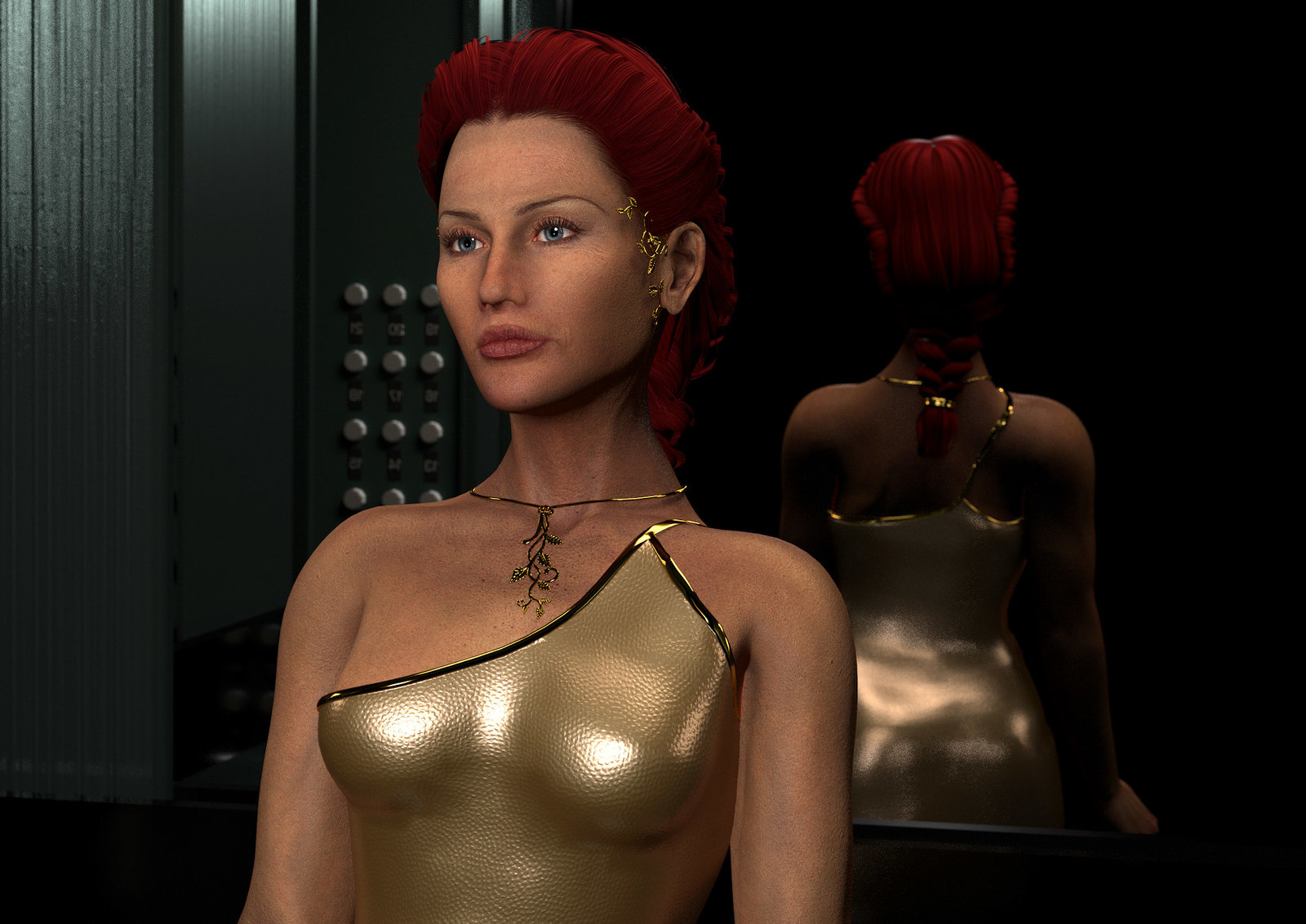 Ken1171 said:
Thank you, Pen! I have talked to Paul, and he said a clone will be available on the next Dawn 2 beta, for those who are beta-testing. So I won't have to make it myself, but I would still love to have clones for Genesis, so I can use her clothing on D2. I was lucky to have clones for all Genesis versions for DawnSE, but I don't recall from where they came from. It's hard to keep track when distribution is forbidden, but everybody wants them.
Click to expand...

Contributing Artist
At the river side 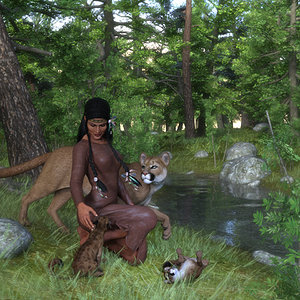 HW Honey Bear
Oh, very nice. I see that the Morning Dove collection has made it over to the Rendo store.

Playing with another hair style this time HR-191 from Ali 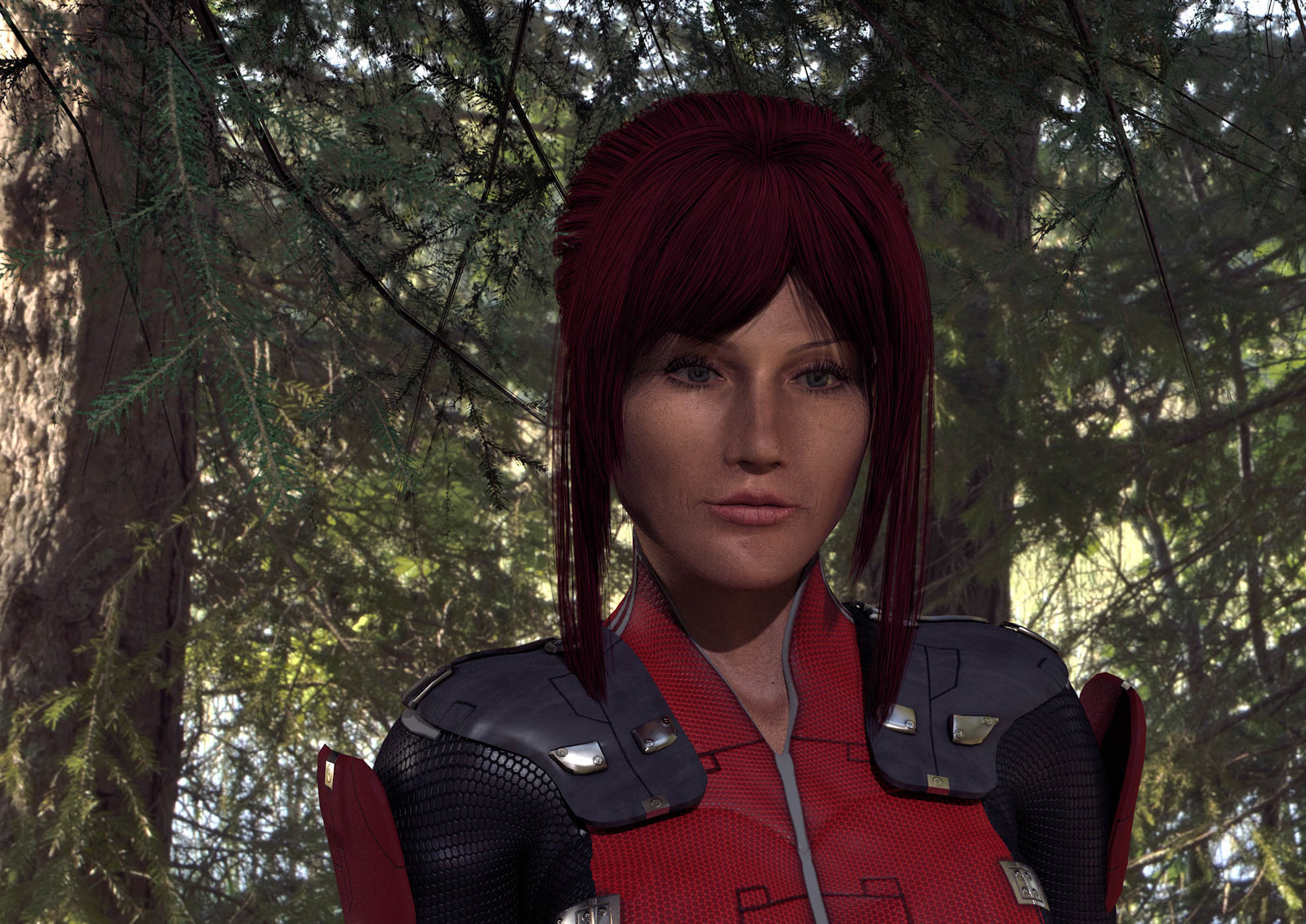 Contributing Artist
I am happy many of us from the HW community got featured at Renderosity's "Poser Pulse" this month on the 17th. Congrats! In addition, Mininessie and I got featured again on the Renderosity Staff Pick today. Mine were all DawnSE renders, so I can only imagine the impact Dawn2 will have on the galleries. ^___^

I am fascinated by the change a hair style can make to a figure, making the face look younger or longer and so on.

Two hair styles here thanks to a sale on at Renderosity on the left is Juliana Hair and the right Mariana hair both by Afrodite-Ohki.

I am not sure what was in the Poser Pulse in that time frame, I only became aware as both hairs were in my wish list which I monitor on almost a daily basis. Both products are still 50% off for another 20 Hours.

The reason for the choice of suit in these latest renders is because I also posted them in the Renderosity gallery in the hope it will give CKV-01 for Dawn and little more exposure. I think a lot of the Hivewire3D stuff needs such attention as there is a danger it will be swamped in the bigger pond that is Renderosity.

Contributing Artist
According to some sources, the reason CKV-01 didn't sell had nothing to do with the product itself. It was instead because Dawn was marked as the figure "everybody knows" is bad, so they didn't support her. There is this social media phenomenon nowadays where someone plants an idea, and social media amplifies it by repeating it until everybody agrees it is true. Like ancient Chinese philosopher used to say, "Truth is what most people believe". With the advent of social media, new "truths" are manufactured everyday by simple repetition until accepted as true. If people hear the same thing repeated for long enough, it becomes true to them, even if they have never put it to test. That explains why most people who dislike Dawn also admit they have never used her. When asked why they dislike her, they repeat the exact same words echoed on social media, proving it was never their own opinion - they are just parroting what they heard. In a nutshell, that's how the CKV-01 didn't sell.

Rae134 said:
Maybe now when D2 comes out and people see the amazing add-ons that Mec4D is doing they will change their mind and it will start selling (I'm sure Chris will do a morph/clone so old stuff will fit like he did between Dawn/Dusk/Luna)
Click to expand...

I hope that D2 will be a great success but my worry is that it will suffer purely because of the name as there was nothing very wrong with Dawn particularly in the SE version. Those that were prepared to believe that Dawn would not work in Poser or was a terrible figure to work with could be equally prepared to believe the same of any figure. Perhaps having Renderosity as the owners, who have a vested interest in making sure Poser grows stronger, will ensure things are different this time around, we can only hope.

Hornet3d said:
I hope that D2 will be a great success but my worry is that it will suffer purely because of the name as there was nothing very wrong with Dawn particularly in the SE version. Those that were prepared to believe that Dawn would not work in Poser or was a terrible figure to work with could be equally prepared to believe the same of any figure.
Click to expand...

Mec4D is suggesting using "D2F" from now on to skip the stigma attached to "Dawn".


Hornet3d said:
Perhaps having Renderosity as the owners, who have a vested interest in making sure Poser grows stronger, will ensure things are different this time around, we can only hope.
Click to expand...

Jenn Blake, Rendo sales manager, has already claimed they will give full support to promote D2FM at their site and store when they come out. She also said they will not tolerate trolling and flaming in their forums, which is good for a change.
You must log in or register to reply here.
Share:
Facebook Twitter Reddit Pinterest Tumblr WhatsApp Email Share Link
Top