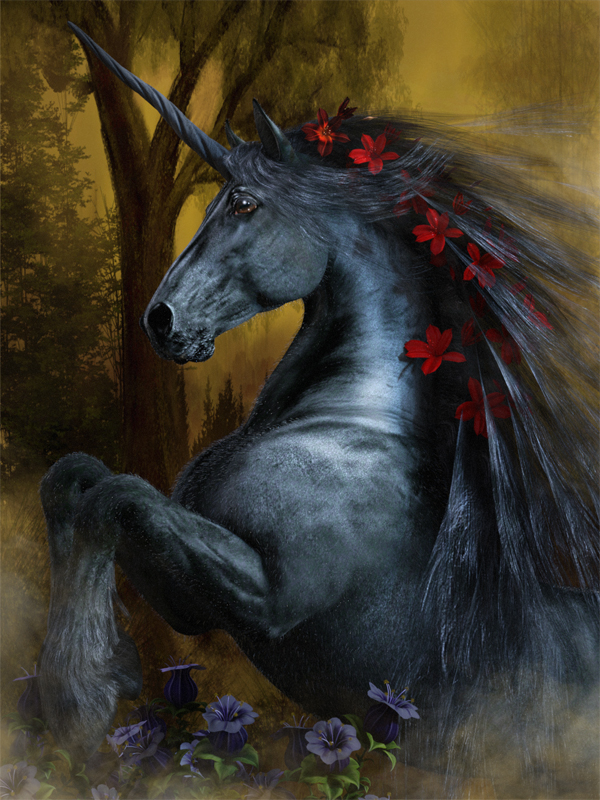 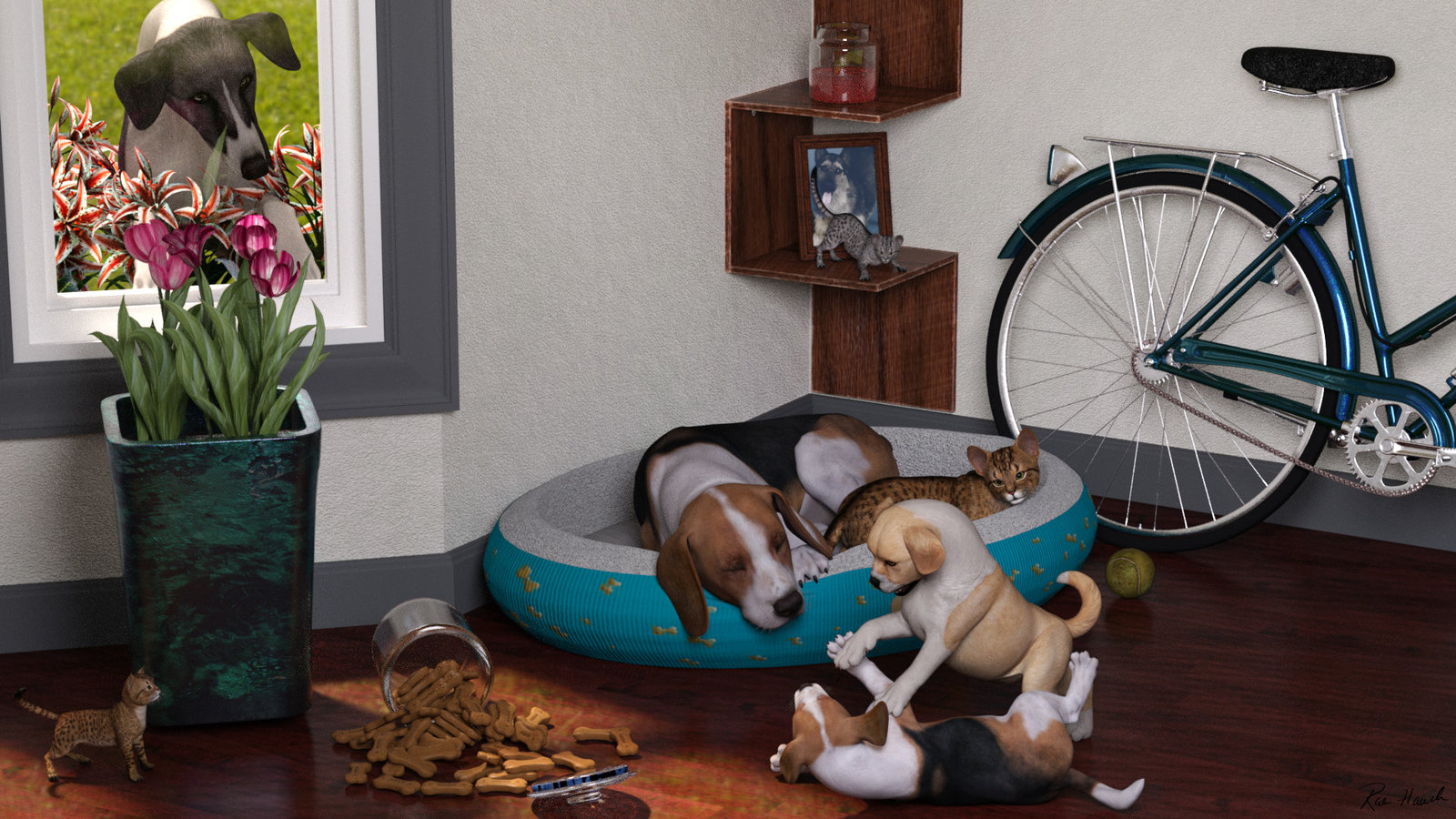 Free items: HiveWire House Cat (and a couple of kittens all with CWRW textures), Vintage Bike and Lisa's Tulips.

Other HW stuff: HW Big Dog and a couple of puppies (with Sparky's Beagle morph/coat and a Greyhound by Stezza with modified FlintHawk texture)

It is a pleasure to watch this thread with all the fantastic images!

Finally my first entry. Used 6 freebies, can you spot them?
Racing through the woods 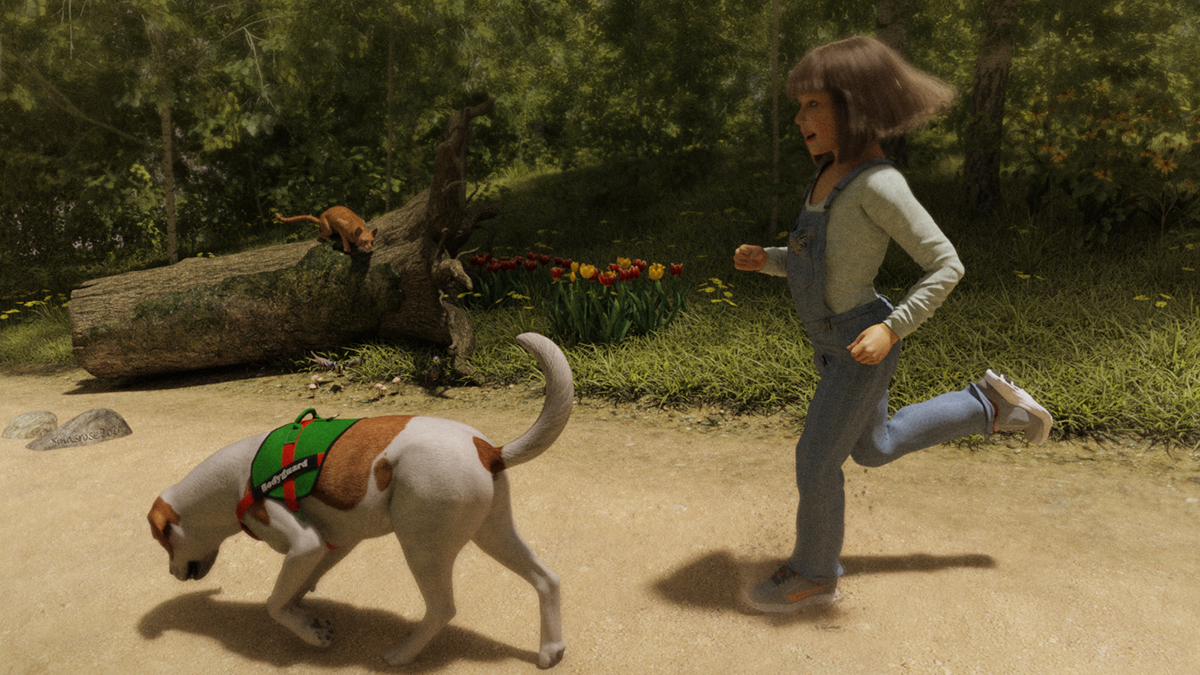 My area in upstate New York has met all the Governor's criteria and begun Phase 1 of reopening – some businesses and some stores. This Poser 11 render symbolizes the trepidation of trying to return to normalcy. I put my cat Penelope in a mask that looks like the one my wife made for me, atop a precipice wondering wide-eyed how she will get down. She's on a pretty barren landscape, but the flowers seem to be saying things will look up.

Penelope is the Hivewire Housecat with a special texture, the mask is janet's freebie with another special texture, and the environment is Molar Hill with the Gogmagog background, and a single Black-Eyed Susan. 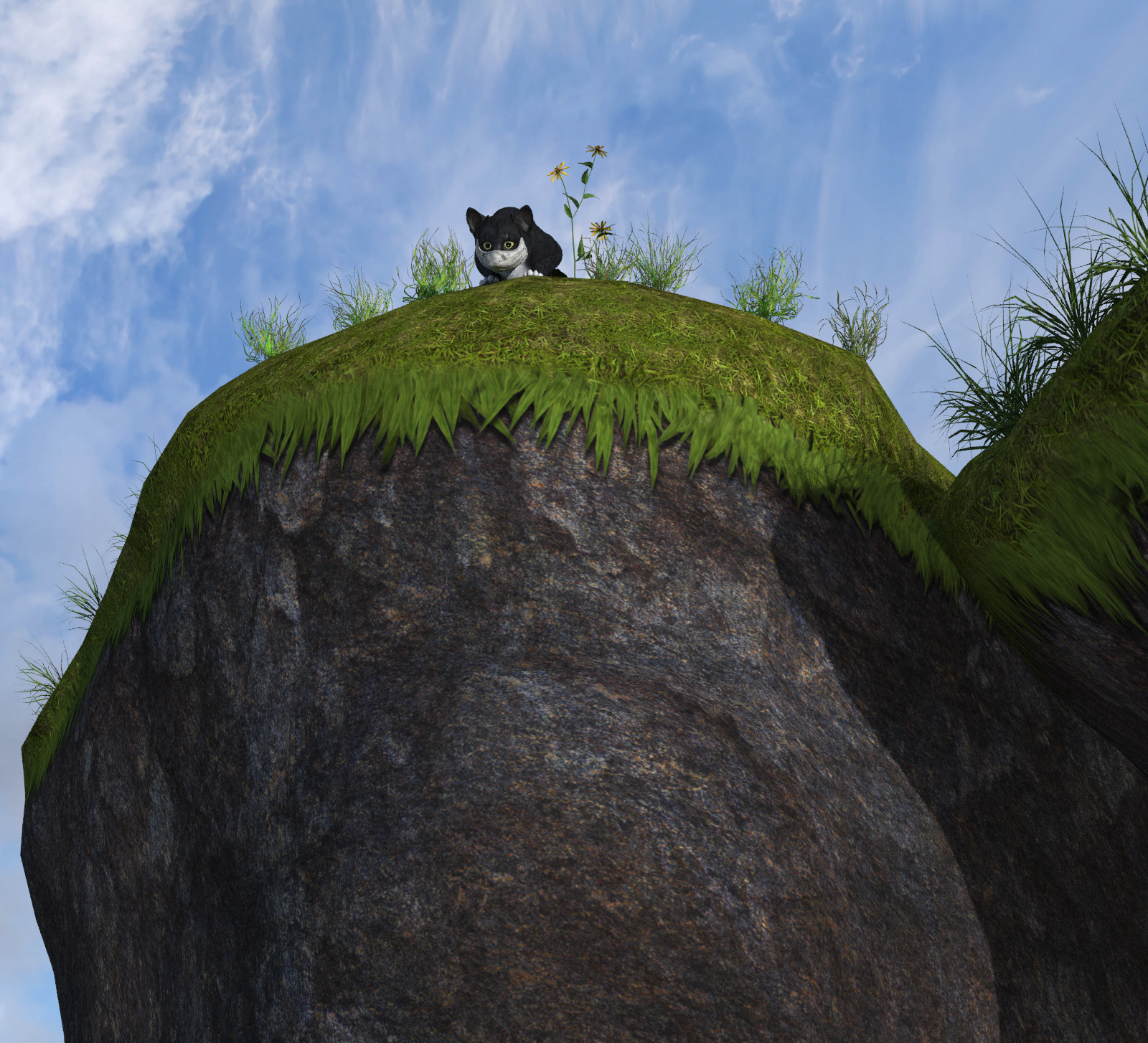 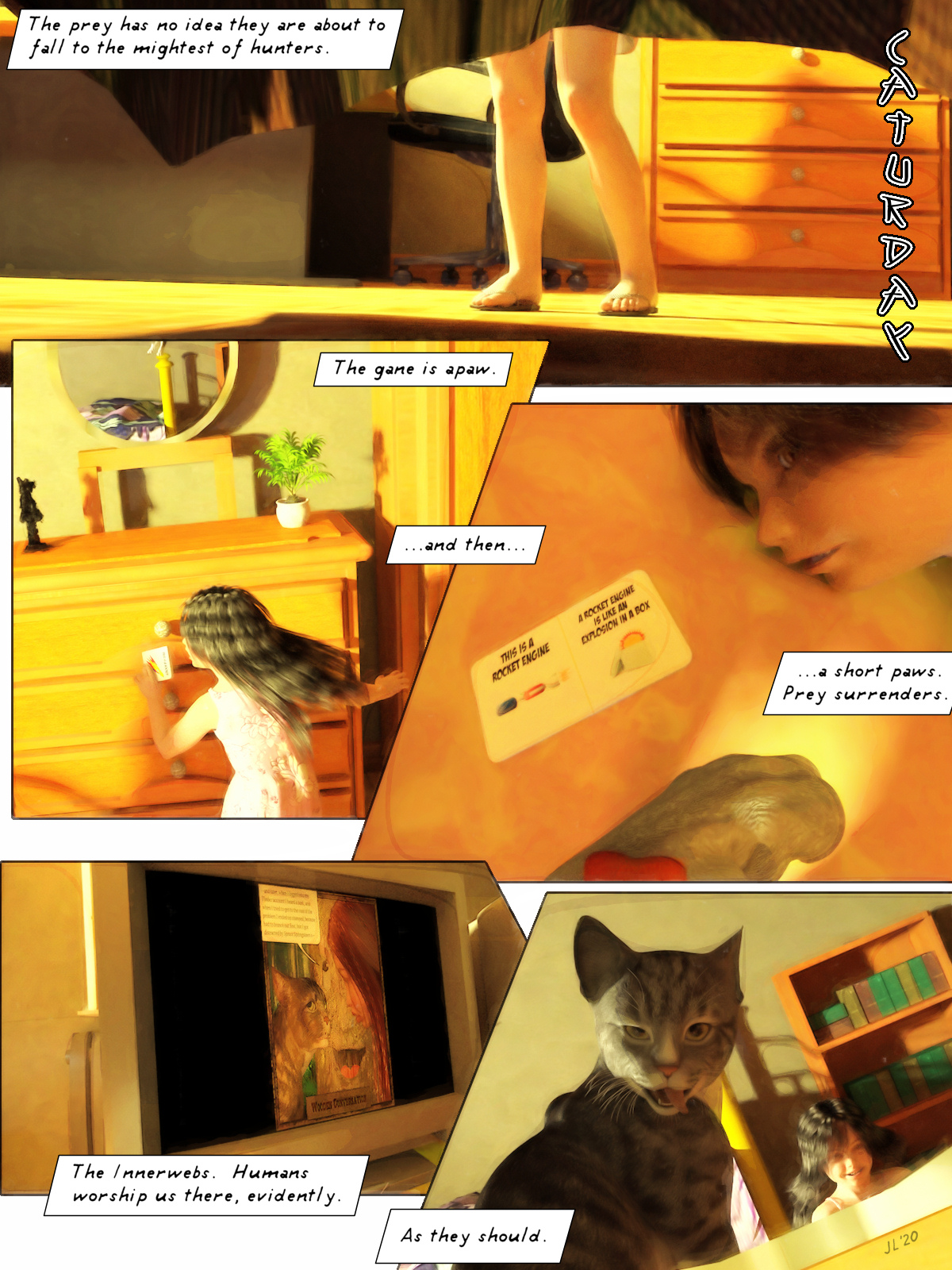 Diva and Hivewire cat plays around, among others, the ivy for the statue and a potted little plant... Can you tell I like cats?

Lorraine also has textures for at least Cutie Pie from memory over at ShareCG also.

If you have a Dawn outfit for DS that you want to use let me know. If I have it I'm happy to create morphs for Diva.

Please note: There are also outfits for her that are Poser Based Dynamics which work quite well on her in DForce. Look for Satira and Lully's Dawn items.
Click to expand...

Thank you Pendraia... Sorry I just saw this reply... Not been about in a while. I am copying all you said to a notecard for further reference... I was really discouraged when I wasn't able to get anything to fit Diva... so.. THANK YOU... Stay well... Hugzzzzzzzzzzzzzz

Contributing Artist
No problem...as I said in my previous post, if I have an outfit and your using DS I'm happy to create a morph for you. I don't currently have Poser installed or I would do it for Poser also...that's if I can remember how!

Pendraia said:
No problem...as I said in my previous post, if I have an outfit and your using DS I'm happy to create a morph for you. I don't currently have Poser installed or I would do it for Poser also...that's if I can remember how!
Click to expand...

I am using Daz... I have one of the dresses on her now and made a texture for it... I'll finish the artwork tomorrow... Kinda late for me. I tried a Lully dress to dform it.. but it looked funny on a little girl (long story)... I will play more later. Thanks again
C

I don't have Daz Studio. I only have Poser to work with.
C 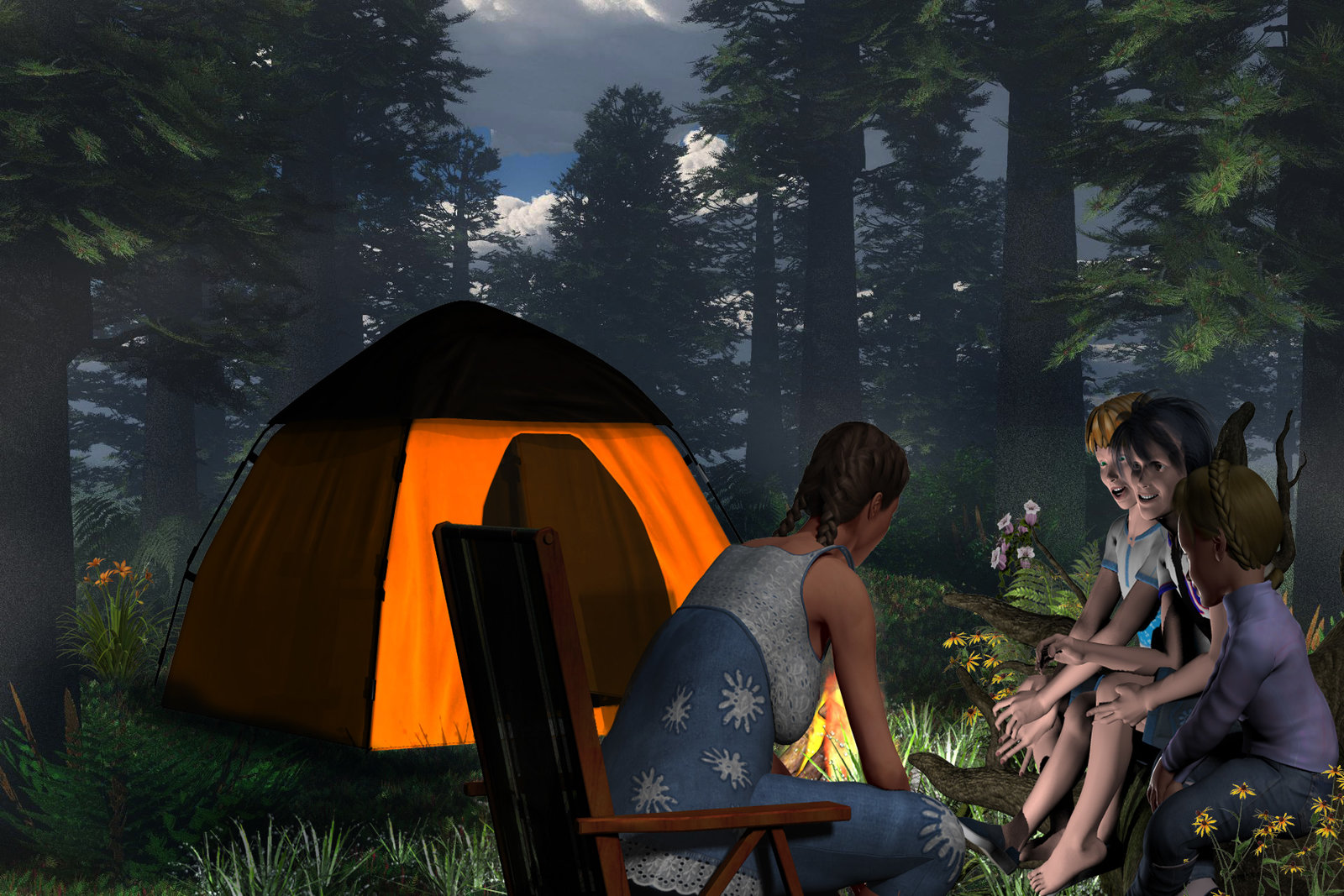 Friends
Again thank you for the freebies and for this challenge. It's so much fun to watch all the wonderful images in this thread. 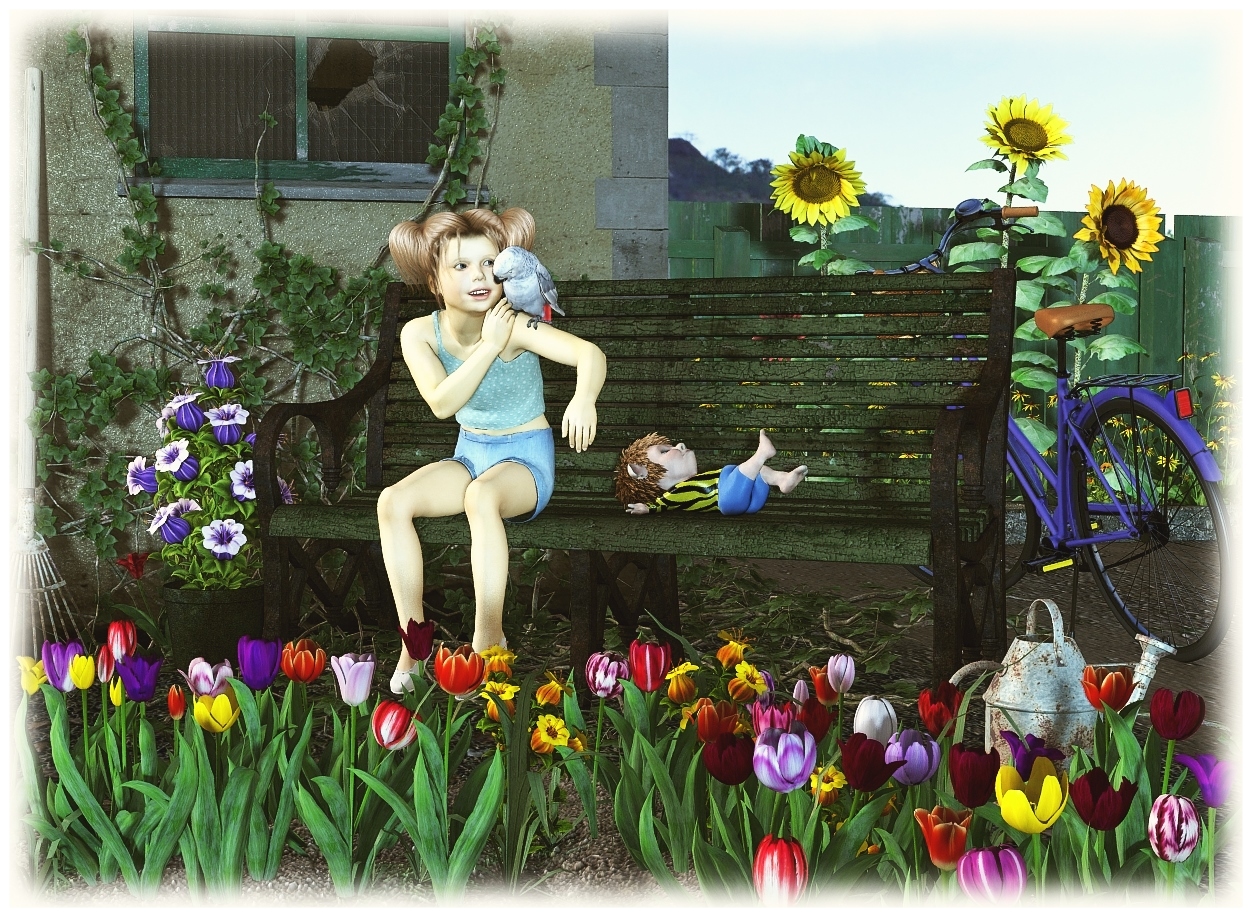 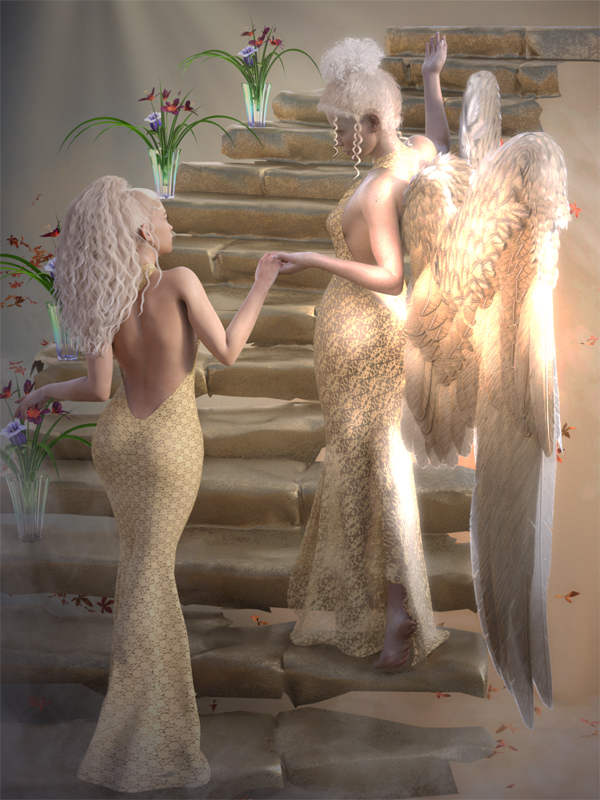 Did another Diva (not sure why she has creases in her armpits) piece of artwork... This time using a dress that Pendraia recommended... I added a little dforce to the dress to make some folds and created my own fabric with the sunflowers. ENJOY!
"Diva" 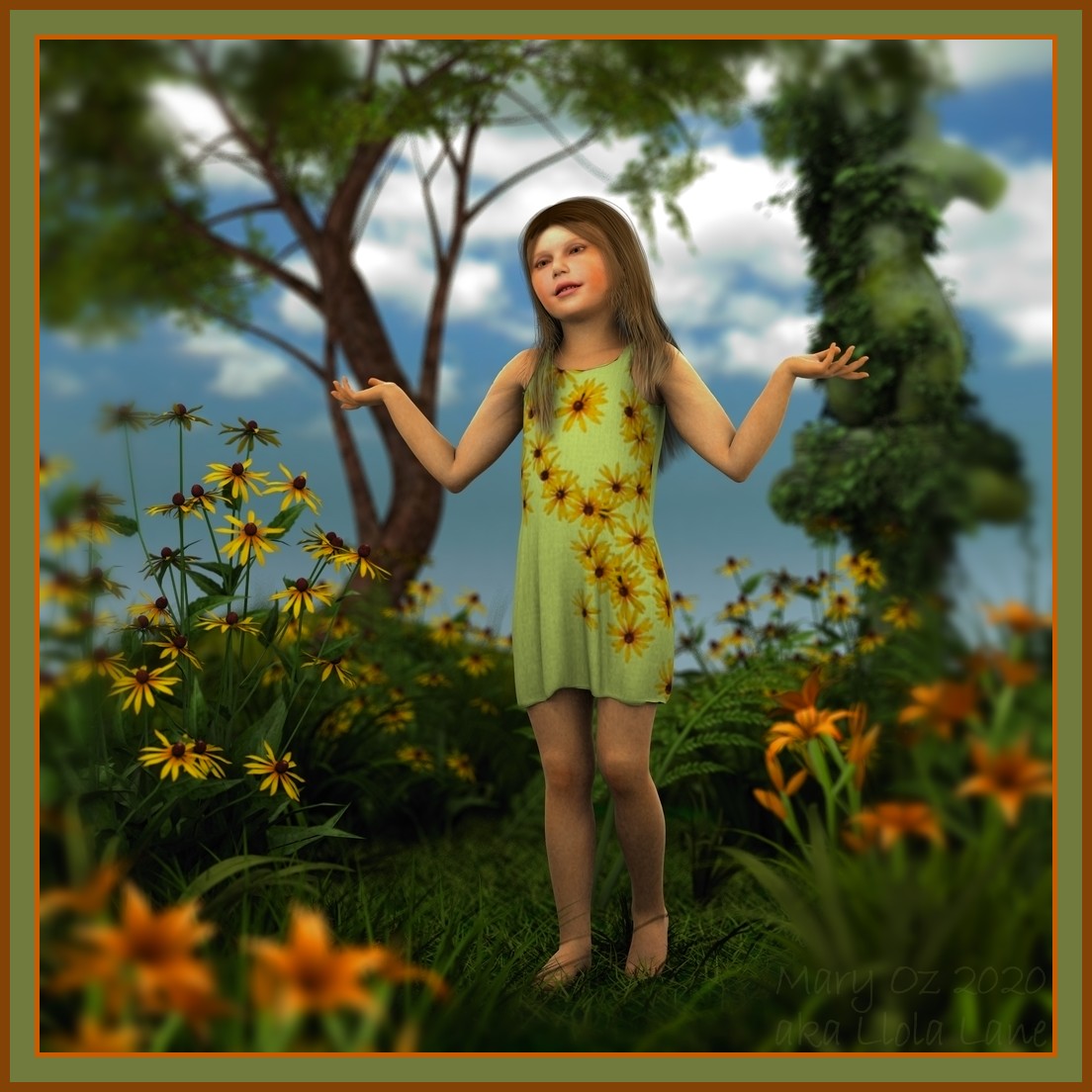 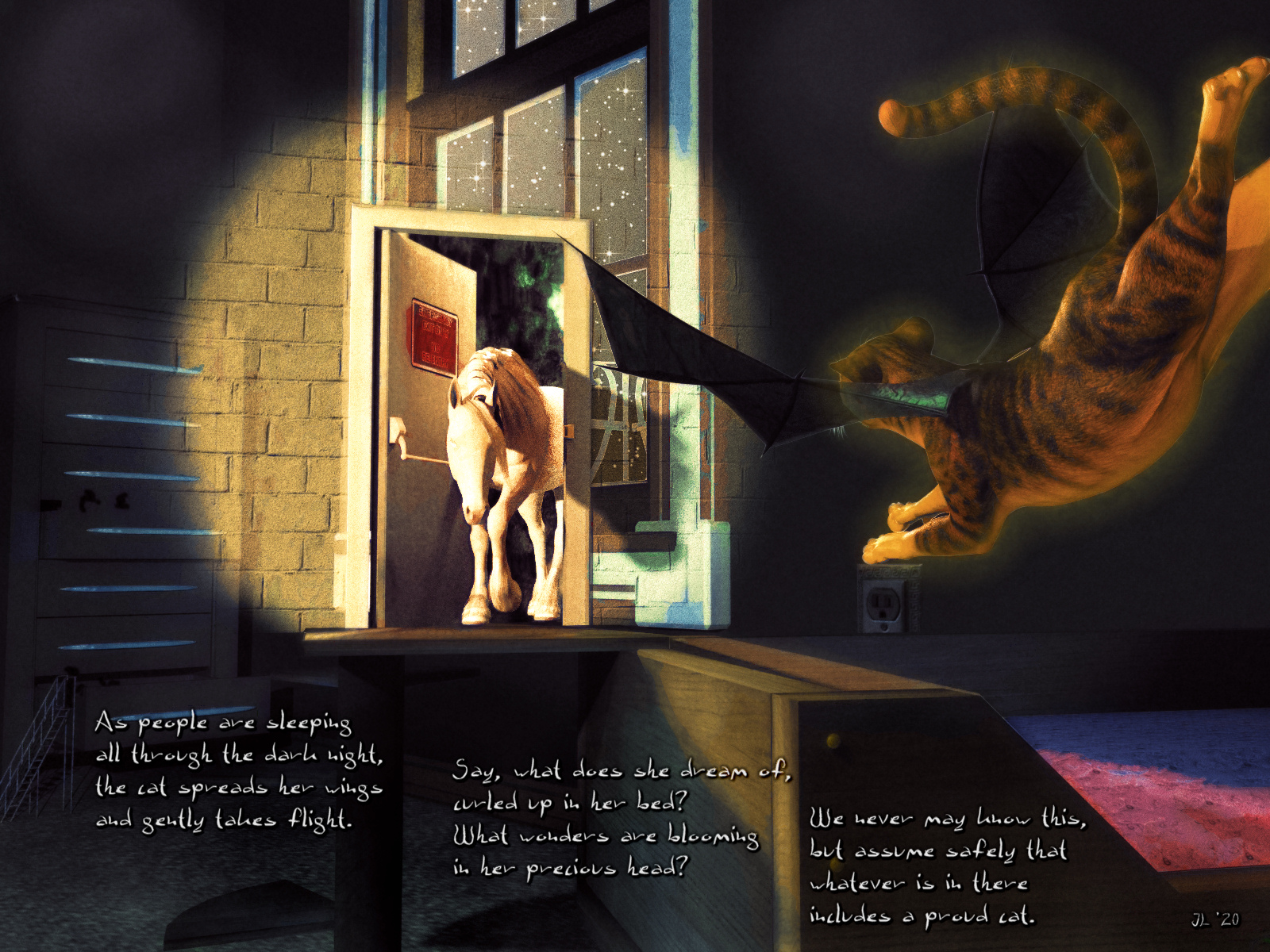 The Cat's Dream​
Hivewire cat, Pale for Hivewire horse, cat bed, emergency exit, Land-escapes (a glimpse), a rhyme and tune stuck in me head along with an overactive imagination. Wanted to use a few items I had not before and that had little in common, apart from cat and bed, naturally. Very naturally. 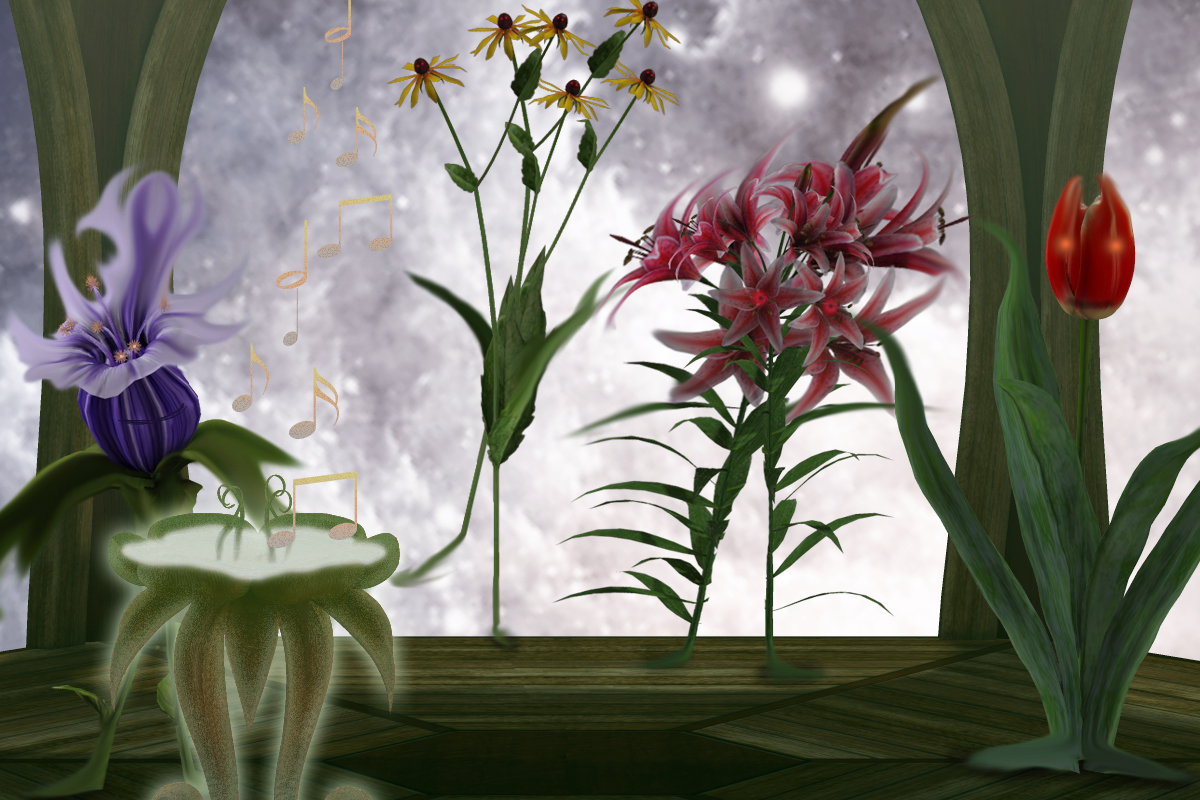 The Cast and Crew of the Good Ship Polly-Lop are having their morning song and dance aerobics as the ship prepares to dive into the nearby nebula to the sounds of "Waltz of the Flowers", "Also sprach Zarathustra", and something else really familiar...
Captain Bella Flower is operating the controls. Susan Black-Eye, Lily Asia, and Tully Two-Lips are on deck.

This is my third (and probably last) entry for the contest.

Background:
Subtle Shade Skies (as coloration between layers of Ron's Space Brushes so that this was NOT stark black and white)

Crew:
Bell-Flower (okay, okay -- it's 'shopped)
Asiatic Lily (well, what did you expect? making flower aliens is fun)
Tulip (ditto)
Black-Eyed Susan (one has to wonder who punched her out in the first place)

****
Notes for anyone who didn't catch my somewhat obscure references: "Also Sprach Zarathustra" (by Richard Strauss) was used as the theme music for "2001: A Space Odyssy". "Waltz of the Flowers" (by Tchaikovsky) is from "The Nutcracker". "The Good Ship Lollipop" was made famous by Shirley Temple. 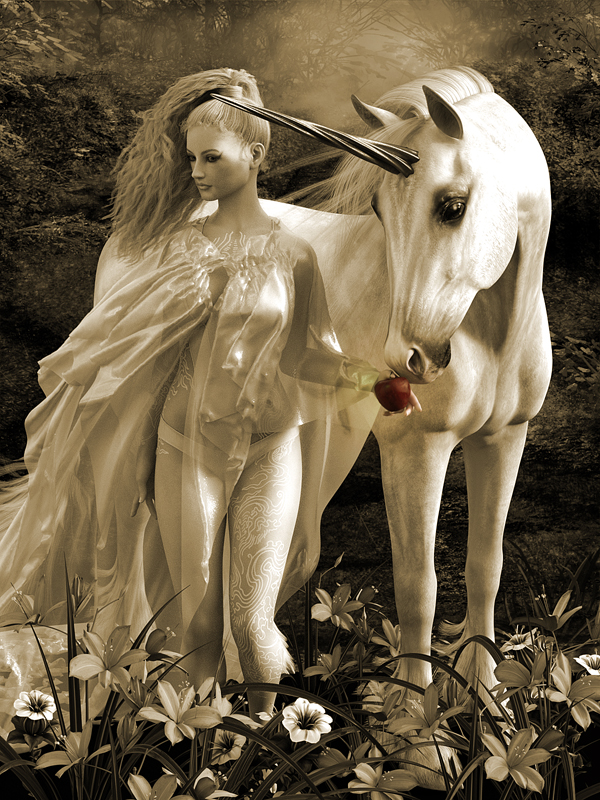 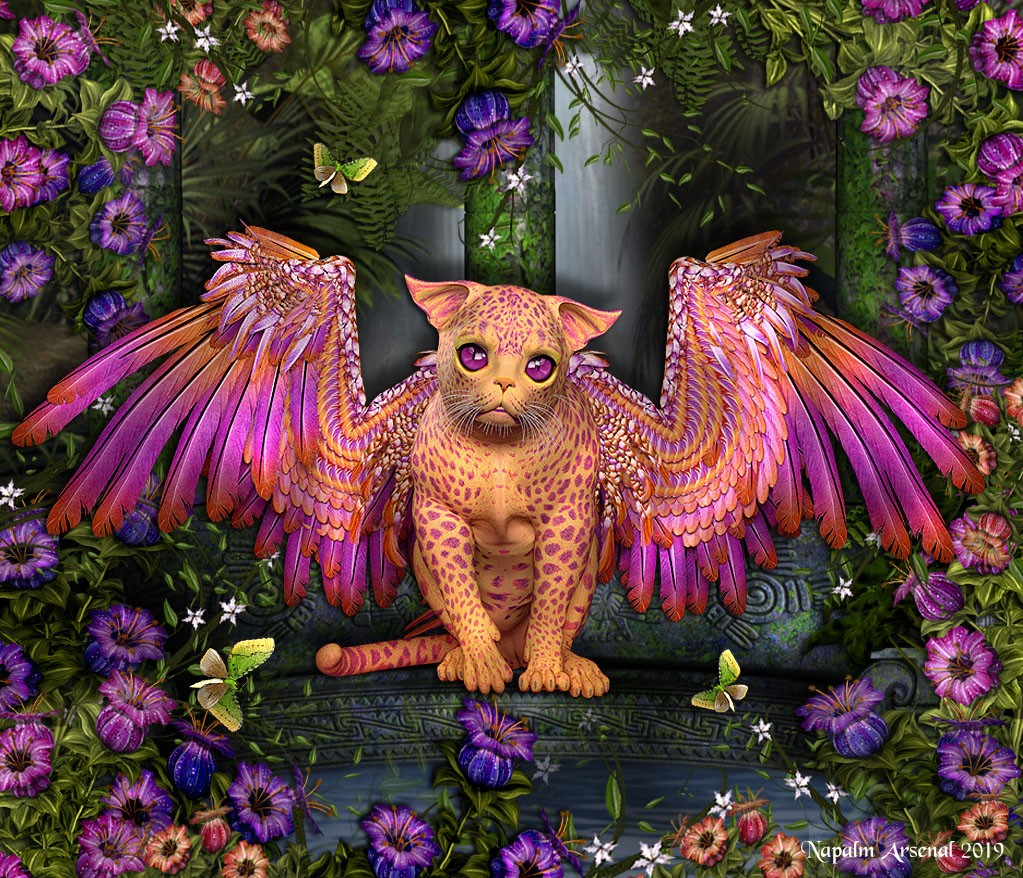 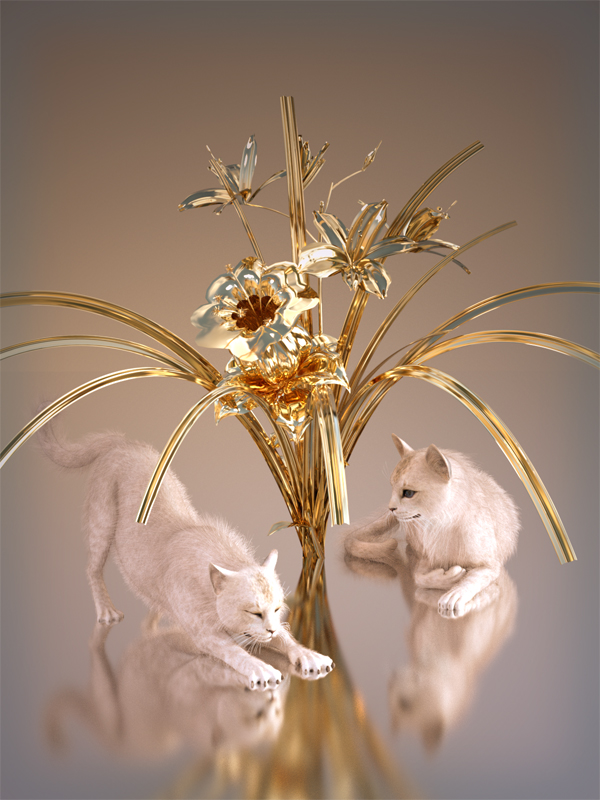