Miss B said:
I look forward to updating it, as I still haven't quite gotten used to using it.
Click to expand...

The Scatter Tool P11 version is still the same as the one posted at the HW store, now transferred to Rendo. The new P12 version ended up being rewritten almost from scratch because of the numerous changes in Poser Python 3, and the several bug fixes on Poser 12 that led to how it is now. There is still a bug on the ZIP installer in Poser 12 that will break any Python script installed with it. It converts all folders to lower case, which breaks Python modules because they are case-sensitive.

Some of the new tools are ready to go, but the current Poser 12 "Early Access" may not be ready for it just yet. Releasing the Scatter Tool for Poser 11 might be Ok, since those things won't affect it. I just need to make a new thumbnail in the Rendo specs, and it should be ready to go.

Contributing Artist
Ok, the Scatter Tool for Poser 11 is now live at Renderosity, the version that was posted here before.

Ken1171 said:
Yes, it will. I was going to put it in the store last night, but Rendo has changed the way scripts are installed, so I will have to add some code and build a new installer. This is all very new and undocumented, so I am still trying to figure out how it works.
Click to expand...

They changed Poser 11 Pro, too? since they've moved on to 12, I didn't think they'd do anything to 11 anymore.

DanaTA said:
They changed Poser 11 Pro, too? since they've moved on to 12, I didn't think they'd do anything to 11 anymore.

I wasn't sure before, but now I know they have only changed Poser 12. I believe there is very little chance they would ever change Poser 11 from now on. That's how I could get the Scatter Tool for Poser 11 so quickly at Rendo. The Poser 12 version is still tangled in the new installer. I couldn't figure it out yet, and there is also the bug that converts all folder names to lowercase, which breaks Python scripts. This is all very new even to Rendo.

Contributing Artist
Alright, the issues with the ZIP installer have been resolved in Poser 12 build 394. I recommend everybody upgrade to that version to make sure you won't have issues installing contents. LockMaster has finished internal beta, and will soon be going Rendo QAV. Looks like it will be the very first Poser 12 plugin to use the new auto-installation process. Bleeding edge new stuff.

Contributing Artist
Good news! The "Lock Master" plugin for Poser 12 has been released today, and it marks the very first time a Python 3 script has been sold for Poser 12 at Rendo. I am spearheading this market, and counting on you to support me on this brave new world! This also marks the introduction of a whole new ZIP installation process for Python scripts. I have been testing this with Rendo, and it makes the process much simpler now. It can be installed directly from the Poser built-in Rendo store (Purchases tab in your Poser library), or downloaded and installed through "File > Install From ZIP Archive", and it shows in the Scripts menu right away - no need to restart Poser anymore! Rendo had to upgrade their store back end for this to be possible, so Python scripts installation will finally be easy from now on. The Lock Master tool was the very first product to ever use this new process, so I am spearheading this, too! 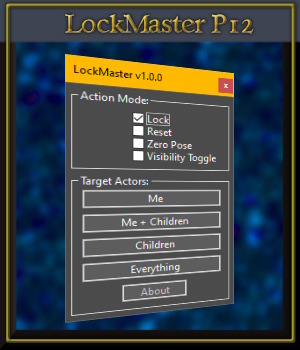 Where can I re download Scatter Tool that I have already purchased here? Cheers

As soon as Renderosity lets me know, I'll inform everyone what they need to do in order to get their products they bought at HiveWire into their Renderosity accounts, and you will be able to re-download them from there.

Contributing Artist
I am a bit late on updating this thread. There has been TONS of new product releases in the last couple of months.

The Scatter Tool for Poser 12: Finally released and fully packed with improvements and new features, A great improvement over the original. Video tutorial available at the product page. 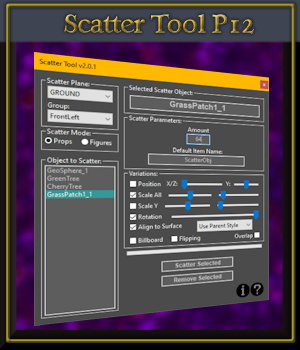 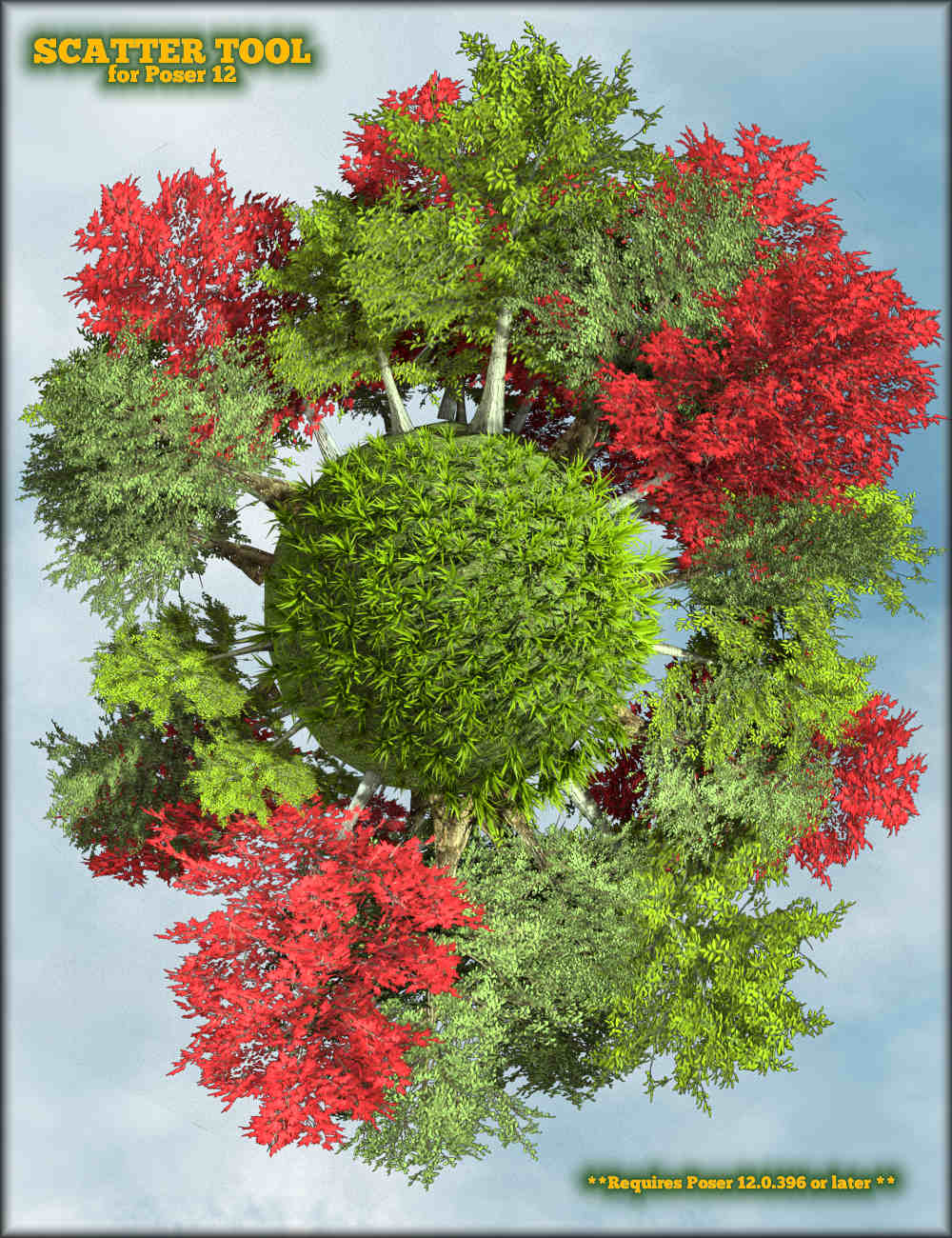 IK Manager for Poser 12: A tool to help posing figures more efficiently by offering quick access to all standard IK chains with visual cues to their status. Video tutorial available at the product page. 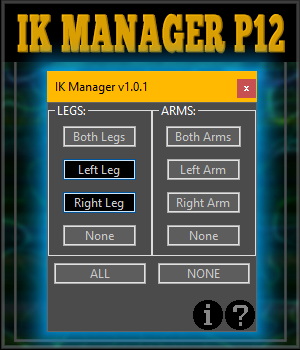 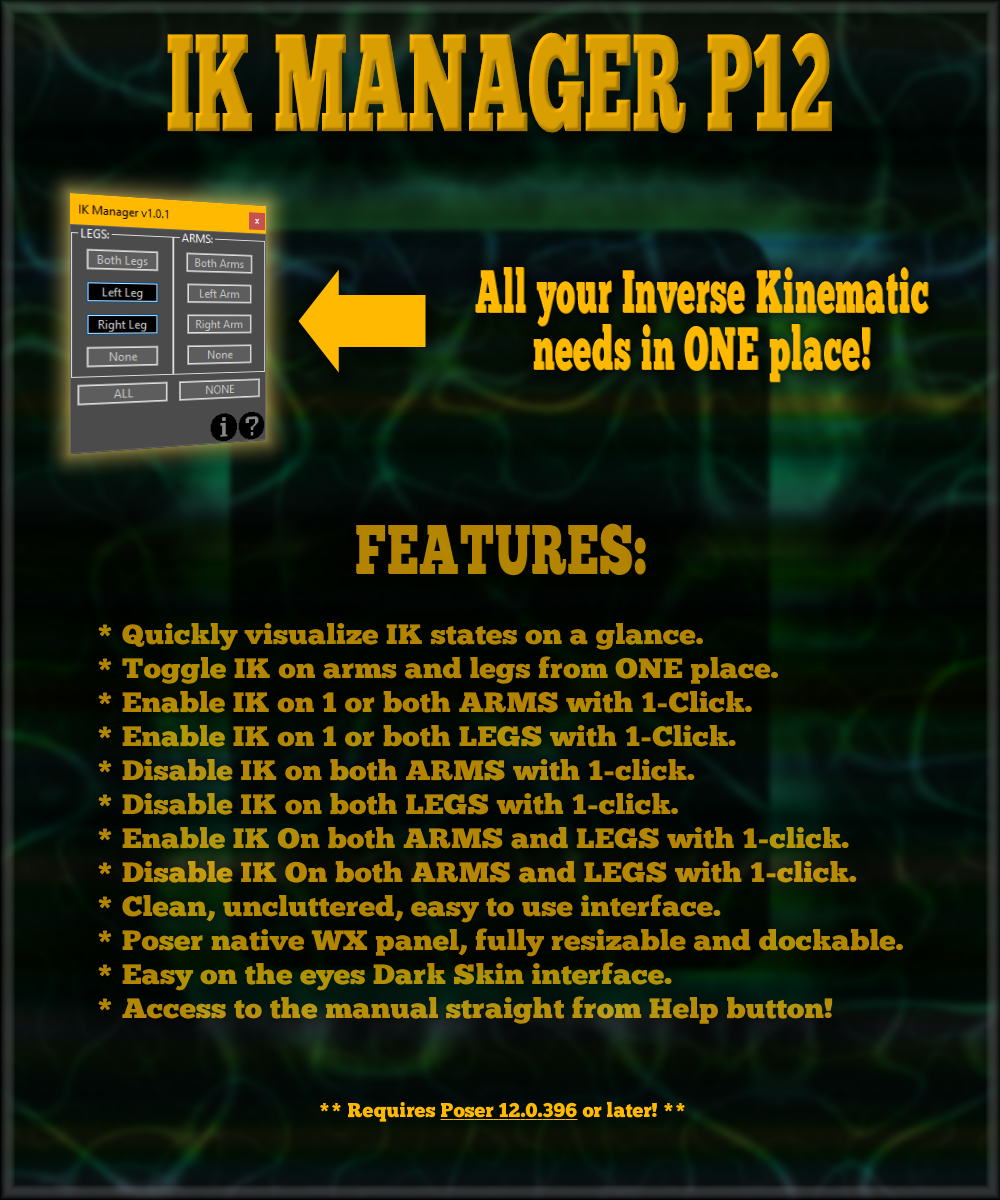 Light Dots for Poser 12: It's memory dots on steroids dedicated to Poser lights, plus an arsenal of extra tools to manage scene lights. Store and restore entire scene's lighting with 1-click, with slots to handle 16 different scene lightings, complete with custom tooltip descriptions to help remember what they do. 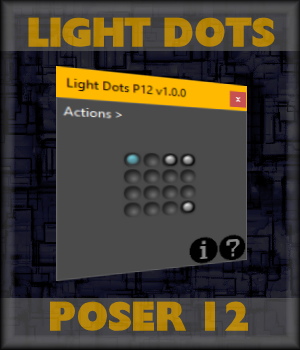 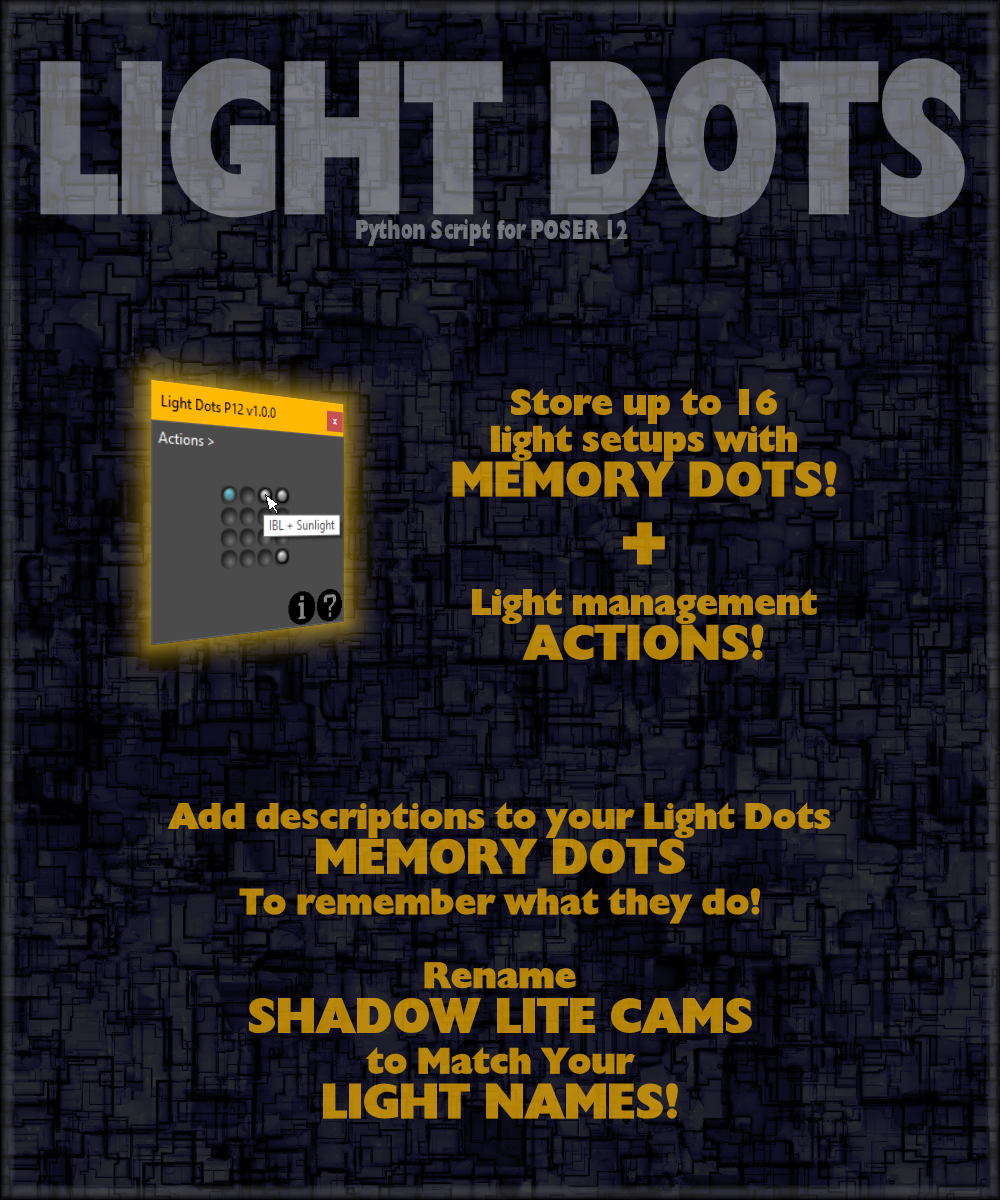 The actions menu offers a wide variety of commands to automate different kinds of operations involving lights. New in the last update is the option to rename all Shadow Lite Cams to match your scene lights names with 1-click. 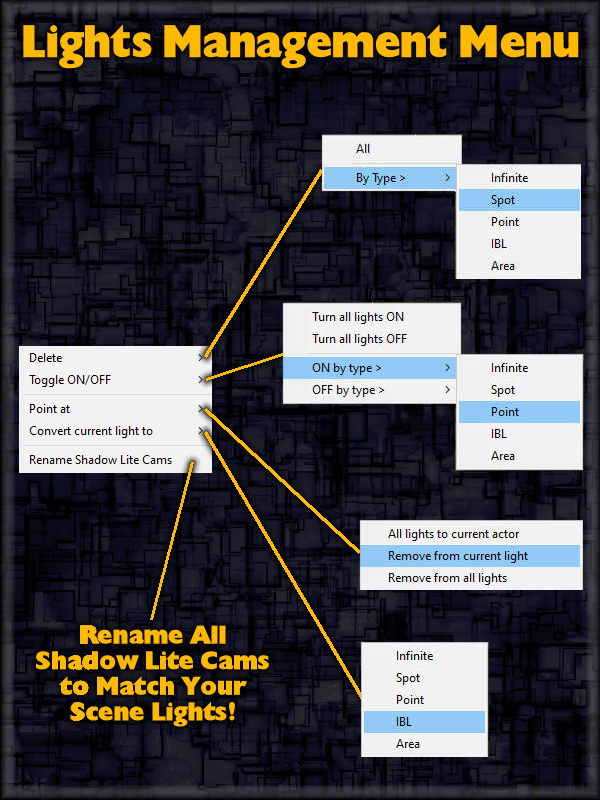 Scripts Manager for Poser 12: A dynamic menu that automatically populates itself with all of my scripts you have installed in real-time. It supports single and multi-part scripts with automatically generated sub-menus. It includes an option to uninstall any script by CTRL+clicking them. Uninstalling comes handy when you need to install an update that requires removing the previous version, or when you have duplicated installations. Gone are the days when we had to add launcher buttons manually by editing a Python script. Supports unlimited number of scripts - you are no longer limited to only 10. 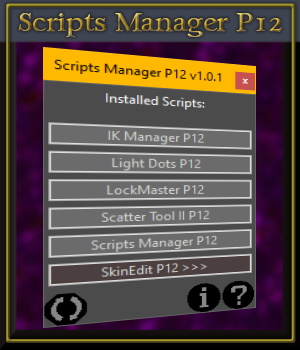 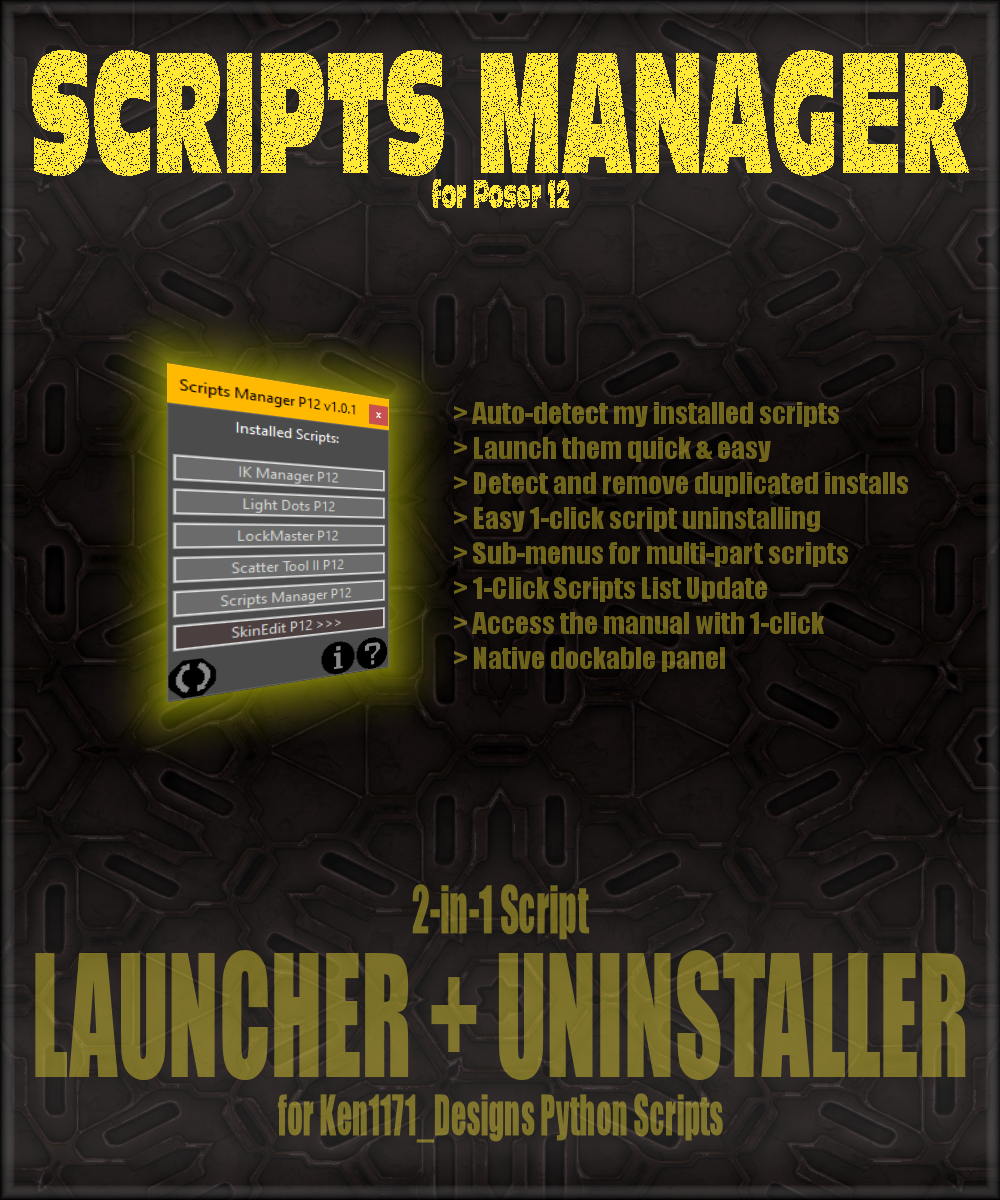 SkinEdit for Poser 12: Tired of editing figure materials 1 MAT zone at a time? Edit them all in batch mode with SkinEdit! Tired of fixing old Firefly materials that look bad in Superfly? Fix them all in the entire figure with 1-click! Supports Poser Surface and Physical Surface root nodes, and combinations of them both in any order. Save your skin settings to preset you can reuse later! Apply automatic lipstick and/or nail polish on textures that do not include them! Includes profile editor to add support for other figures not already supported. The tool and the editor include their own PDF manuals. Video tutorial available at the product page. 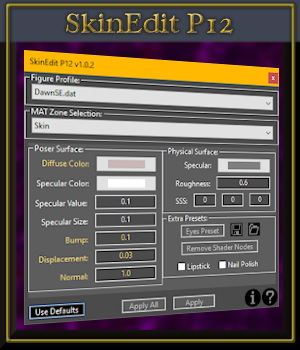 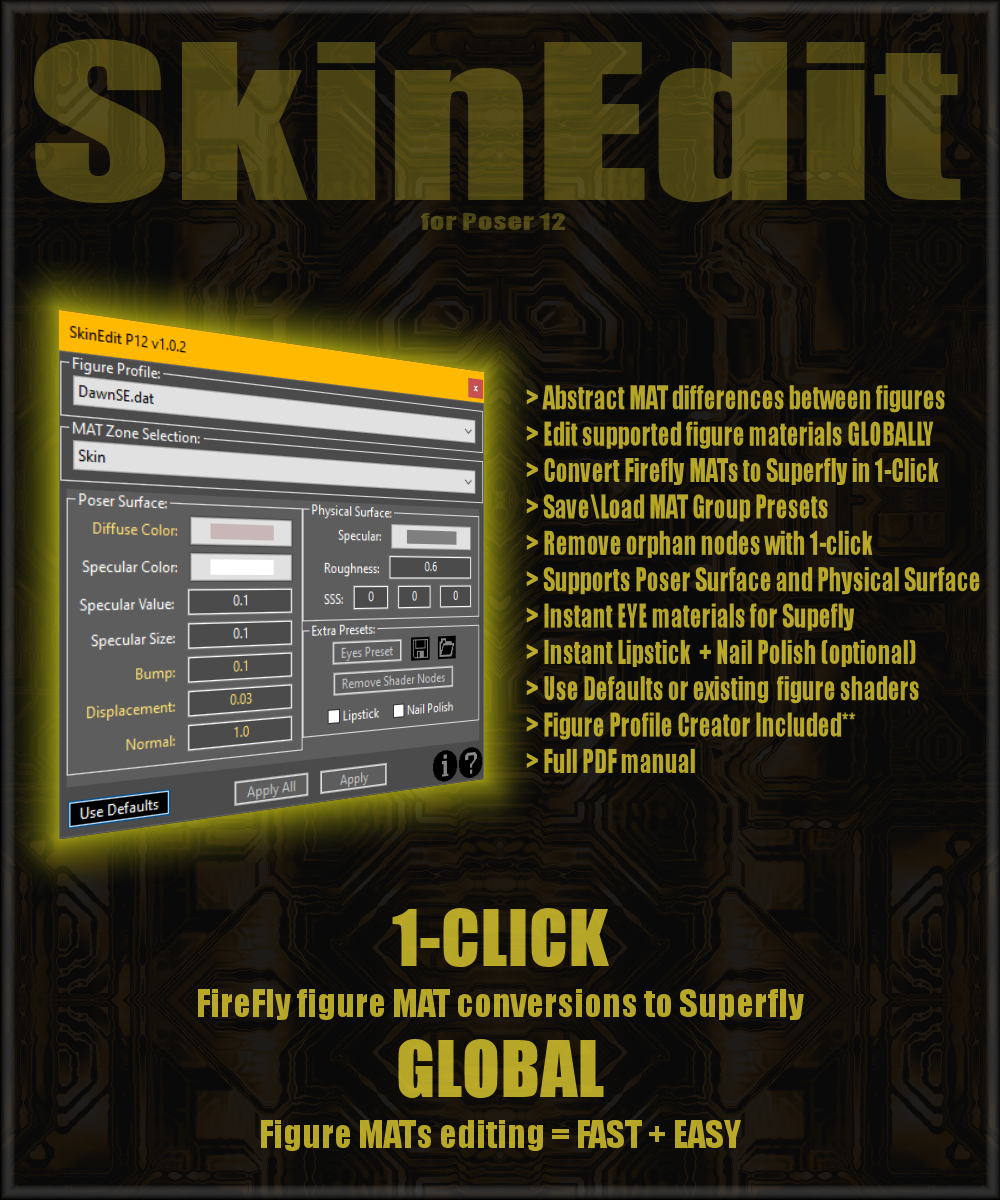 These are the Python scripts for Poser 12 that have already been released to the store. There are 3 others on the making, plus my entire "Body Type" series being converted to Dawn 2, to include a new "Athena" body sculpt for Dawn1 and 2 that was never released.

I will try to keep this thread updated more often. 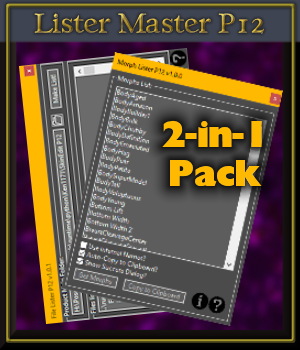 ​
It's a set of 2 tools to help content creators to create product documentation. It creates file lists and supported morph lists with 1-click! 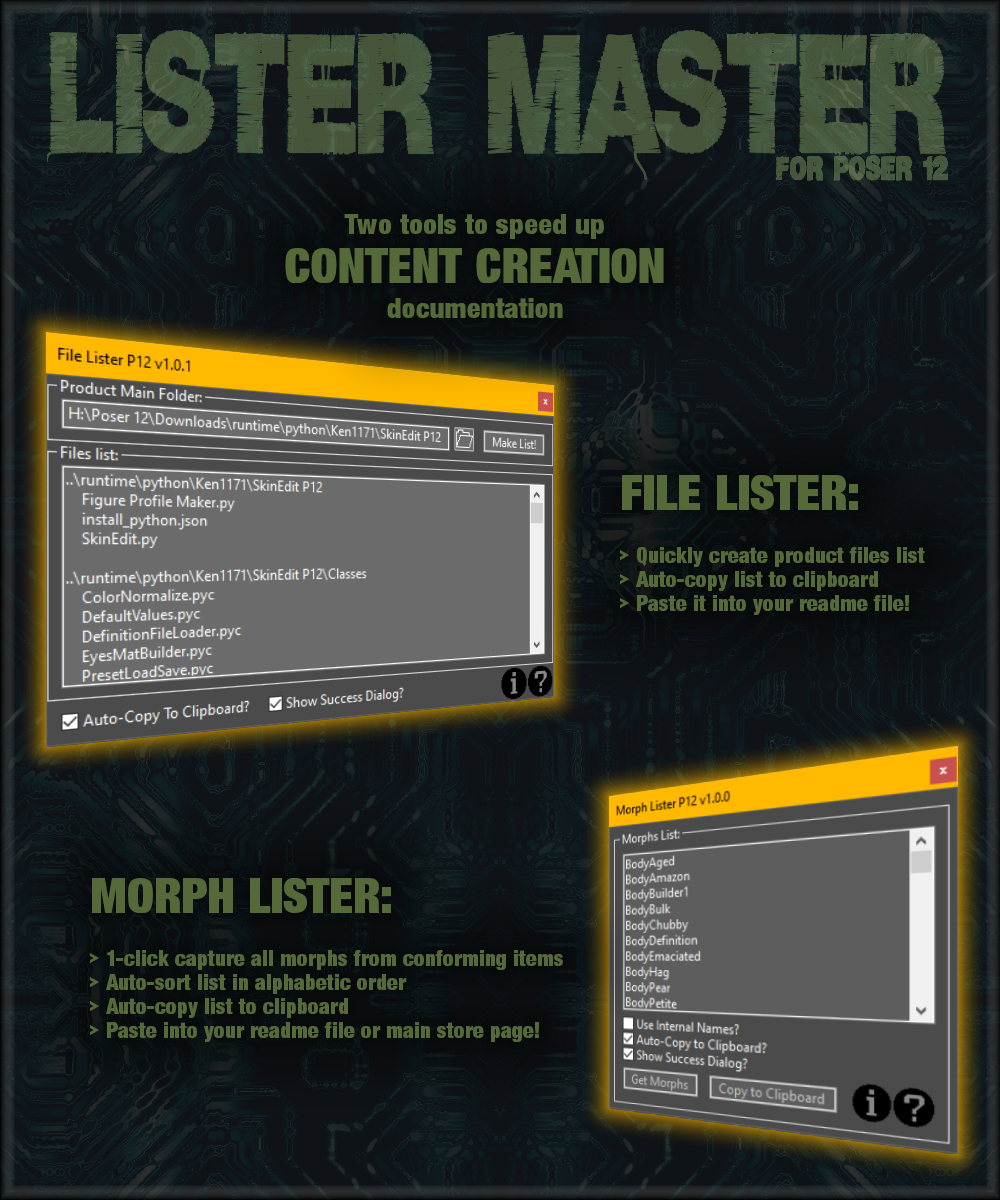 Contributing Artist
Thanks! I think people will love especially the next one.

Contributing Artist
The Dial Master Python script for Poser 12 has passed QAV and is now available at Renderosity! You can get it HERE. 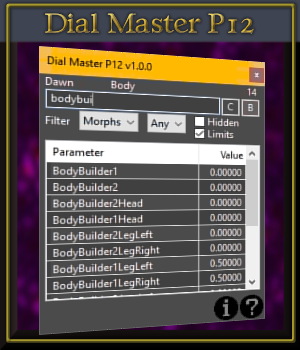 ​
It's like the Parameters panel on steroids! Dial multiple parameters at once, search them by keyword, and filter searches by dial type and value. All the stuff you always wanted to do in Poser but couldn't. 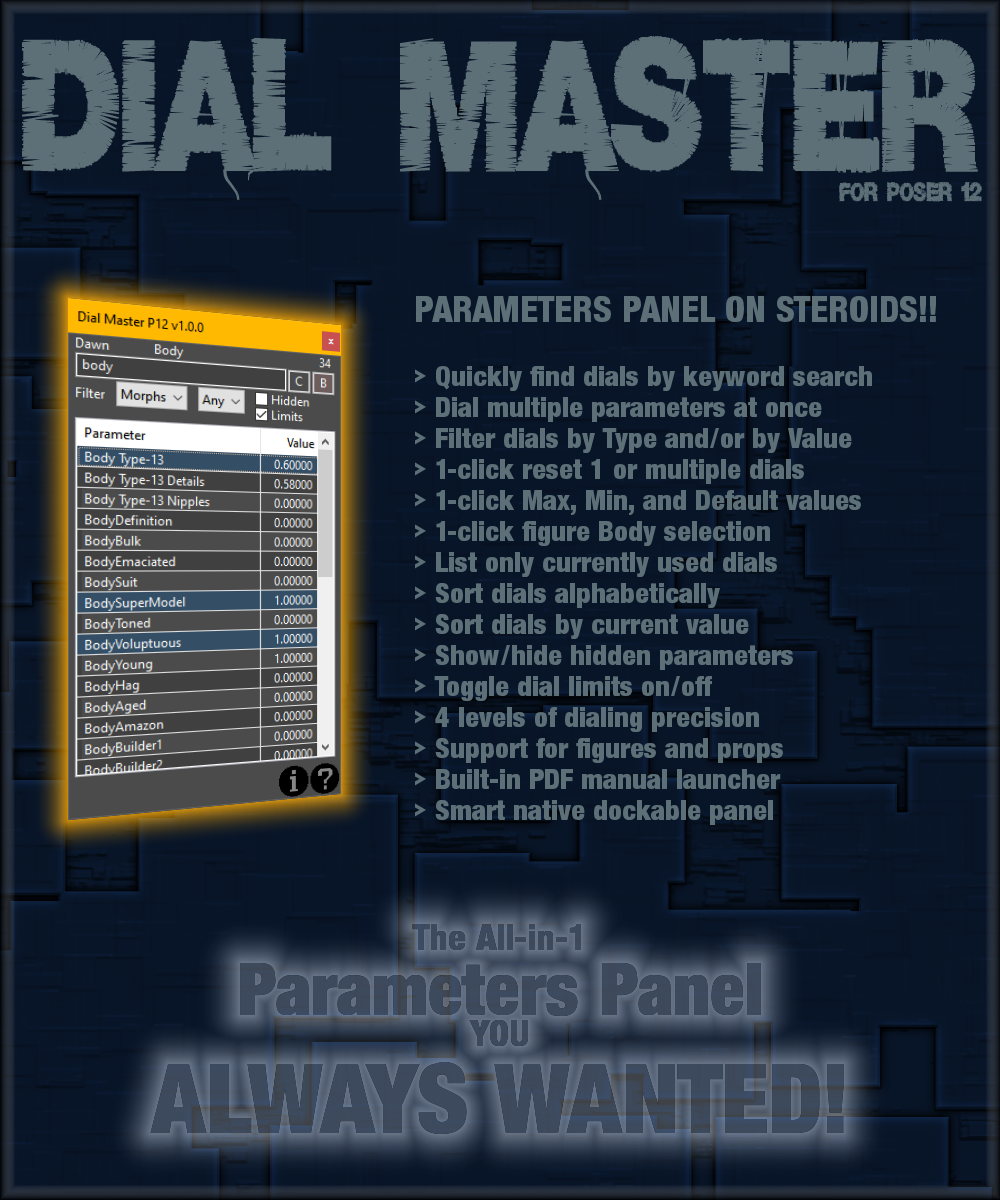 In the wish list at the moment but only while I build a basket so it will be in my runtime in the next few hours.

Contributing Artist
Thanks, Hornet! Once people watch the demo video and realize what this script does, I believe it will be quite popular. It offers multiple things I always wanted to be able to do in Poser, like dialing multiple parameters at once, a search box to quickly find dials, filter searches by dial type and value, and finding which dials are currently in use. Another thing is the ability of adjusting dialing sensitivity (precision) on the fly, without having to change the dial parameters if it moves too fast or too slow. We can adjust dialing sensibility on the fly as we dial. When combined, these can be huge time savers. ^____^
You must log in or register to reply here.
Share:
Facebook Twitter Reddit Pinterest Tumblr WhatsApp Email Share Link
Top