Contributing Artist
Looks Awesome!! I like that little ruff around the neck area!! Could kind of go Siberian Husky or Alaskan Spitz too.

Curious idea, but wonder if you could make a headdress like you did with the deer out of the wolf?
Could be interesting for some Native American type or Hunter/Huntress type renders.

Staff member
QAV-BEE
Does
not
suck

Chris said:
Working over the neck fur. Showing the neck fur thinner and smoother, and also around the cheek fur.

Not
even
a
little

NapalmArsenal said:
Looks Awesome!! I like that little ruff around the neck area!! Could kind of go Siberian Husky or Alaskan Spitz too.

Curious idea, but wonder if you could make a headdress like you did with the deer out of the wolf?
Could be interesting for some Native American type or Hunter/Huntress type renders.
Click to expand...

Great idea for sure, or should I say "fur" sure.

Contributing Artist
One curious thing - a customer commissioned me a couple of weeks ago to resolve an issue with an existing wolf model (not sure from where), where the neck fur was SO thick that any attempts to put a collar on it would either look like it was floating and too large, or it would be the right size but would disappear under the thick fur. The funny thing was that the fur doesn't look odd until we try to put a collar around the neck. I wonder if that happened because the model was trying to be a dog and a wolf, where the difference was the fur? Or maybe it was a design flaw to start with?

Contributing Artist
The bottom line was that we couldn't solve the dog collar issue because the wolf fur was unrealistically too long - perhaps because the actual neck geometry was too thin, and then compensated with fur? I think it was a design flaw on the model that only surfaced when we tried to put a collar on it. I don't have enough knowledge on wolf anatomy to judge this, but everything points to the neck being too thin and then it was compensated with fur. I am sure THIS wolf won't have that problem because you guys KNOW anatomy here.

I can already see this wolf being better than the others out there for things like this. 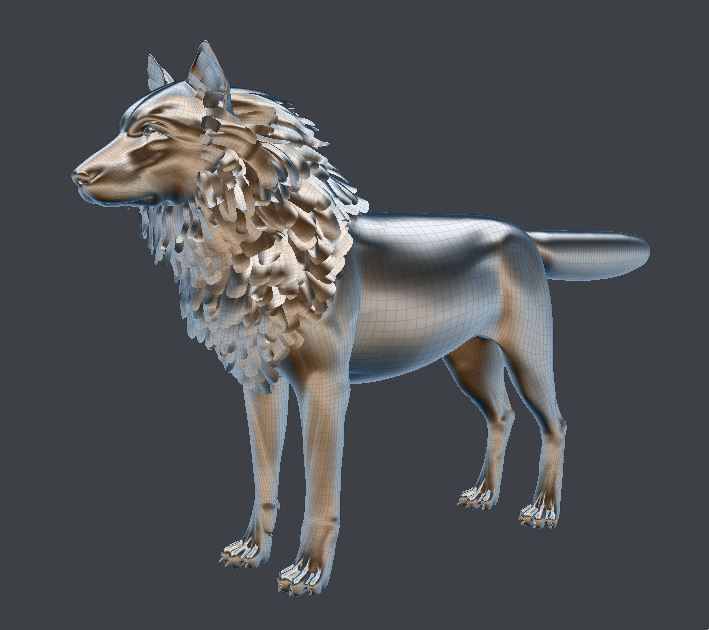 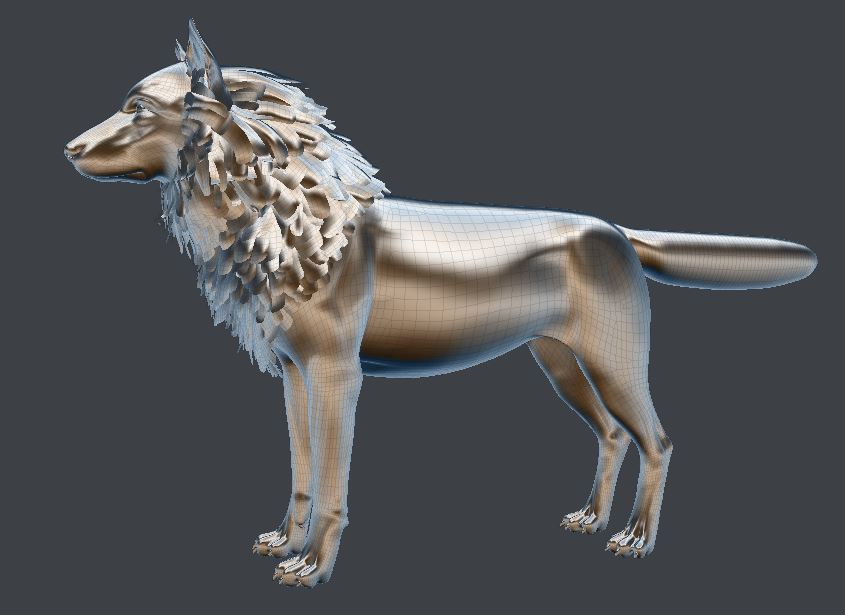 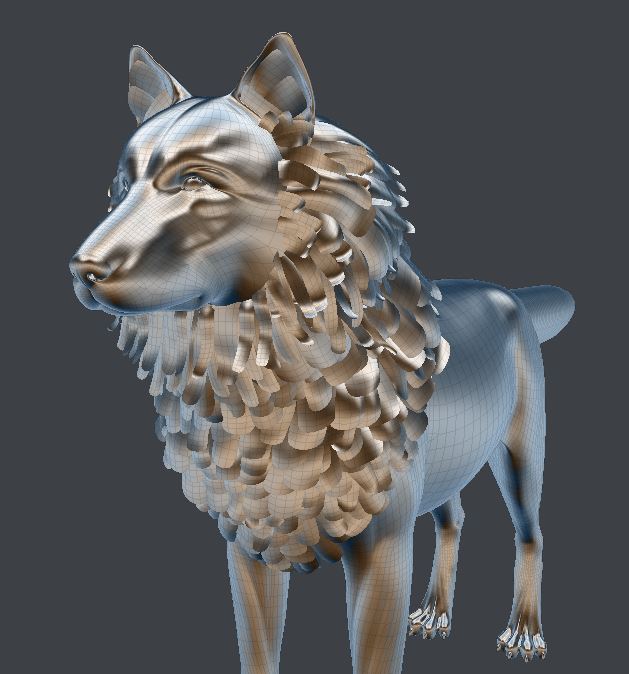 to see what can possibly be done without the fiber or strand based hair.

Aesthetics aside I would just sarcastically say wolves wear no collars.
If we are talking of dogs I guess that would be a design flaw that needs addressing. maybe a simple morph set to crimp the fur mesh a bit so it looks like the collar is crimping it a bit which is what would happen anyway.
I one solution doesn't work try another and from someone like me who has a lot of stinky little quirky needs I have had to work out all kind os alternative solutions as needed.

Chris I love this with the mane!
This is the kind of design I love because it gives options that occur when thinking out side of the box. This is a great fantasy animal option. Did someone say add horns horns?

Wonder if you can use the tail tip dials on the cats and make his tail curl up? Wonder if you could extend that all over and transmap it out? Maybe use something like the unicorn tail for the tail portion and make it fluffy?

Probably more for Tiny but could be kewl! 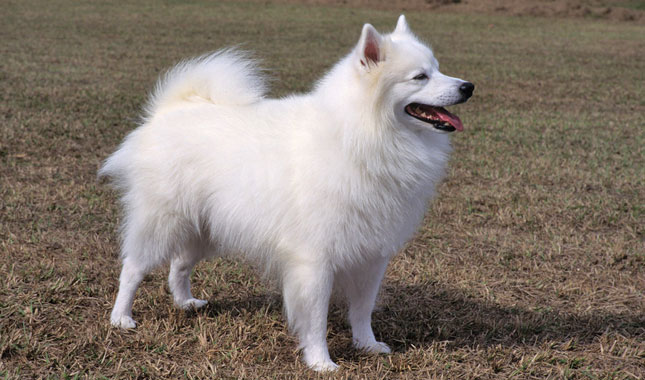 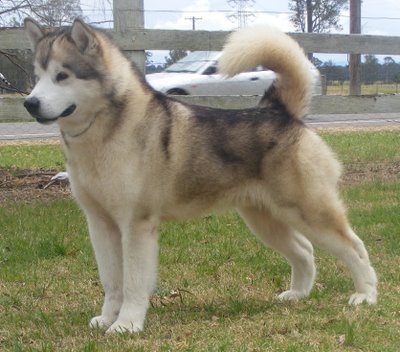 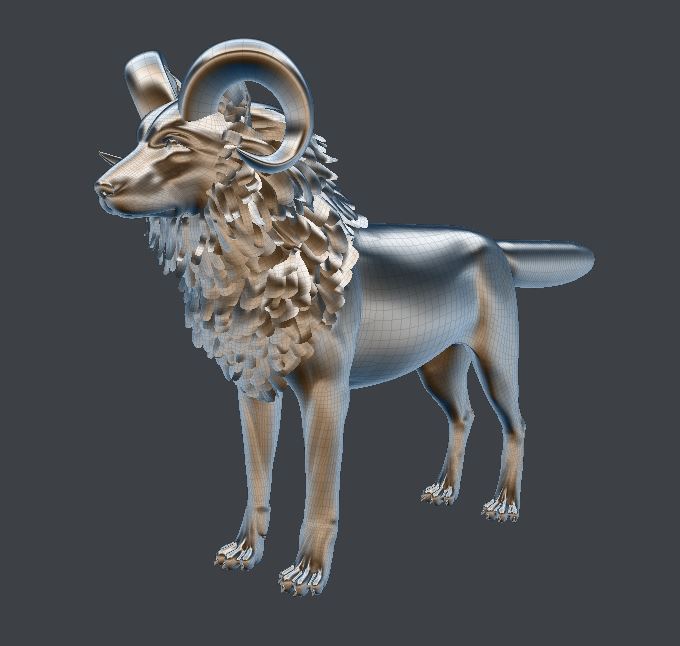 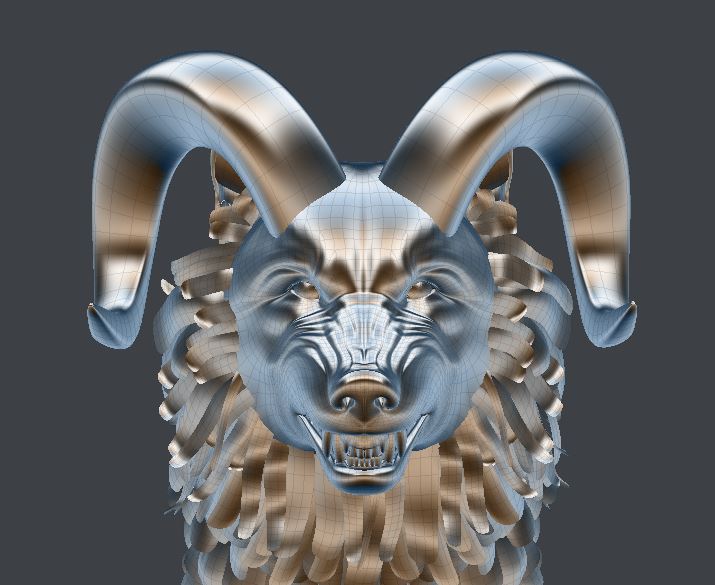 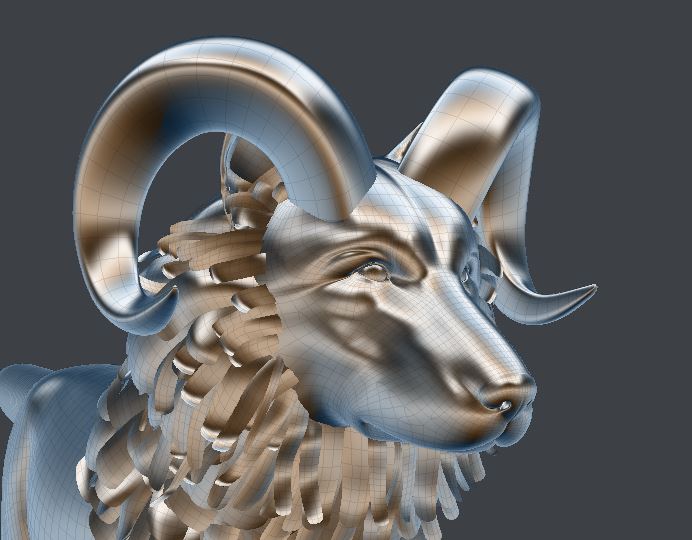 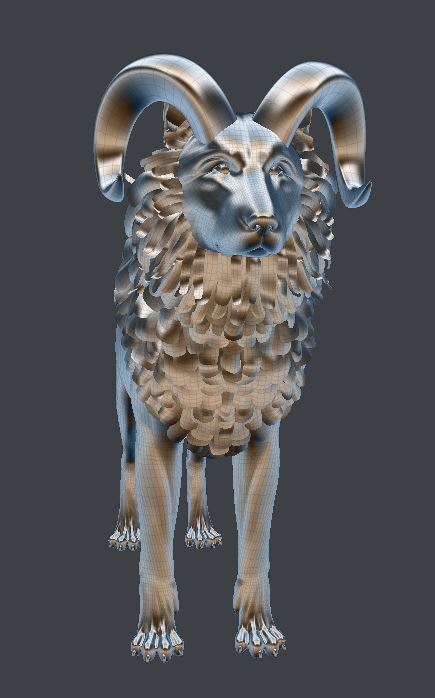 CV-BEE
Gee, I didn't know wolves and rams were related.

I think that's called a @RAMWolff !

Miss B said:
Gee, I didn't know wolves and rams were related.
Click to expand...

who REALLY needs to show his face in here cheering at Chris's image...