Good afternoon. I hope all is going well for you guys.

Is there another one that does that?

Contributing Artist
Sky I just did a search for sites that do that but all I'm coming up with are programs that need to be downloaded. I'd rather not do that, even if they are free they still load crap on my computer.

Hey Janet....I don't remember ever using that page before, and I tend to steer away from sites that load a bunch of unnecessary stuff in the browser. I use JASC Animation Shop from Paint Shop Pro 9 mostly for my .gif editing and frame timing.

Contributing Artist
Oh I thought you sent me that link.

Contributing Artist
Hmm I can't figure out how to download a movie from FB. 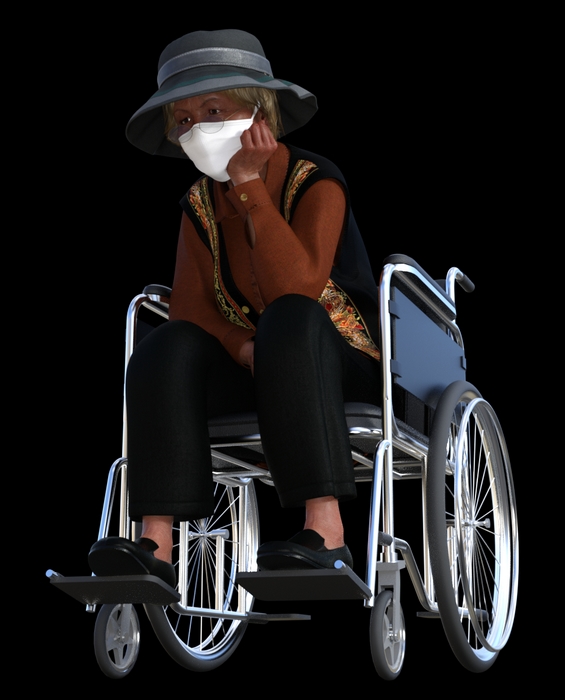 Good evening. Sorry about having been distracted and not poking in here.

Hey Terre I'm finding that I still don't have the stamina to stay at the workstation for long hours yet. I'm still doing the tedious work of settling in, nothing big, just little stuff, but it's seems that freqent naps keep me going. Also, being on lockdown requires that some things be done differently than usual. So, my return to 3D work is gradual, as time permits. When I do venture out, I see a lot of lonely, discouraged elderly and handicapped folks, who are isolated and not allowed to have visitors or speak with each other...and it doesn't appear that it will change any time soon. The retirement community here is being very strict in order to protect the residents...so one must be cooperative with the confinement and retrictions. It's also better to choose a few daily tasks that allow for at least some light exercise, or increased mobility challenges would become a problem. So, I try to keep moving as much as possible while confined. I did spend time yesterday updating DAZ Studio as it appeared to be showing an update available in the download manager.

I feel sorry for those people but since this bug seems to be more easily transmitted that normal flu and somewhat higher fatality rate I can understand the management being strict since they are dealing with people more likely to get severe cases.
THe county health office asked al lemployees of both grocery store here in town to get tested at the health office for free. I got my results this morning. I'm negative. Hopefully all of the people who do get tested from the stores are. They took this step because we had the local peanut mill have to shut doen for two weeks as at least 3 of their employees tested positive and at least one of those people had been in several store in town while contagious. The majority of the people I'm worried about are customers but we have 2 employees at high risk if they shouls get sick. One is only in his 40s but has been battling an indolent form of leukemia for years. He gets treatments several times a year to keep it under control and needs his next one soon. The other is late 50s and is a diabetic who recently went on dialysis.
Stay safe ma'am. This bug isn't anywhere near as deadly for most people as it originally looked but for some people it's worse than flu and is spread faster and for a longer period of time.

I still don't have my entire library updated yet.

Hey Terre One east coast retirement home had problems with just a few workers, and especially one in particular, not following protective protocol during the early stages, so consequently the virus spread rapidly, and so far has killed 50 residents....and it was that incident that set the standard for protecting retirement and rehab homes throughout the region. I pretty much live the same lifestyle as I did before I moved since I didn't go out much...the only difference now is I'm limited in where I can get produce and fresh food, so I'm doing the best I can with frozen stuff. The challenge is steering clear of so much sodium, but truthfully if they lifted the restrictions tomorrow and we had freedom to go anywhere we wanted, I'd probably drive a very long distance to get safe stuff, since nothing in the city is considered safe now. Concerns that I had while I was yet working at the hospital have finally manifested in tragic ways all throughout various forms of health care, and the public is discovering that the most dangerous places are hospitals and doctors' offices. Seeing the trailers on the news, lined up to store bodies in New York, was a sobering reminder for those who weren't more careful in the early stages, and then it spread down 95 to all the coastal cities all the way to Florida. People were asked to shelter in place...so they jumped in cars and headed to the beach, thinking that momentary escape would bring happy satisfaction....but they spread the problem almost as fast as it took to get to Florida. It's a curious issue with folks....they'll work two jobs to have an expensive home, but would rather do anything than spend time in it. We changed as a nation after Pearl Harbor, and again after 911....and we'll be changed again after this.

Hey Linda I've been trying to keep up with updates, and a few Studio tutorials on YouTube. Last night I worked on a simple material change project for this Rendo city bus, so that it reflected the number 86 route, since I'd heard on the news that bus drivers in the city were starting to feel the impact of being out every day, serving the public, where some passengers were not wearing masks. I have friends who drive the city routes, so this was sort of a tribute to them, along with a prayer for their protection. 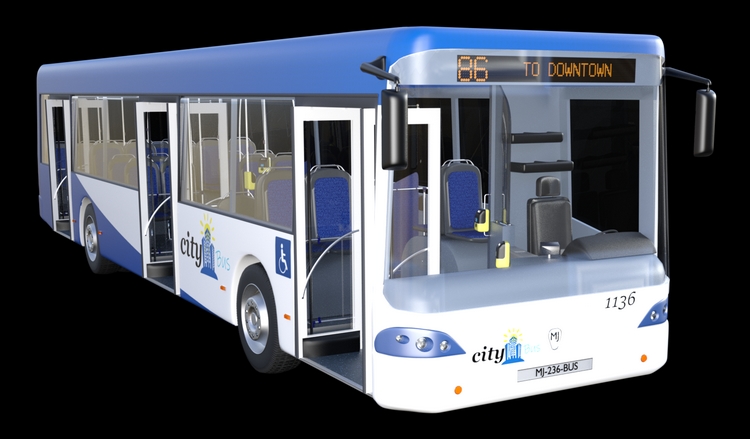