For me, yes. For people who don't like micro-mamaging it's better to just build an army and kill off or ally with the other 6 players.

It's a shame about the toon fish not being available anymore. The vendor comes up not found...darn it!

Yeah, sorry about that too....and there's nothing else that I know of that's similar. I usually notice cute fish, since I'm a lover, and owner, of a cute fish I've been hoping for years to find a cute, expressive goldfish.

We had a Beta fish when the twins were little...didn't have it for long because they tried to pet it. Gave it to my sister.

I went searching through my Runtime and I found the DAZ Toonimal Goldfish. He's cute and I found a bunch of different textures, too. I love when I go shopping in my Runtime...doesn't cost me a cent! LOL

Good morning.
How are you doing today?

Time to show baby pictures....I had a couple of small tanks of female bettas for awhile, but they have such a short lifespan, especially if they are already large when they are purchased. I knew that, and was hoping I wouldn't get too attached to them, but one of them that I called Sweet Pea was unusually affectionate. That was about four years ago, when I used to do a lot of my 3D work in the kitchen (I had more energy back then)....that little fish would stay with me all night long, hovering at my elbow as I worked (her tank was on the left side of where I used to always sit)....and I'd talk to her, and yes, I'd pet her occasionally. I'm so glad that I took a picture of her doing this before her expiration date arrived. 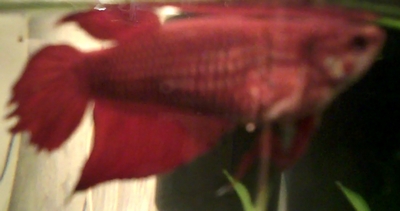 And this is my goldfish Jo....I call it his baby picture, since it was taken soon after I brought him home from the pet shop. He was just an ordinary comet goldfish from the feeder tank, back in 2014. He had to have been at least a year old by the time I got him, if not more. Now he's over 11 inches in length, with long flowing tail and fins. And now he hovers at my elbow, like Sweet Pea used to do, whenever I'm in the kitchen....yesterday he was watching me play Bejeweled Diamond Mine on the computer while I was waiting for my food to heat. 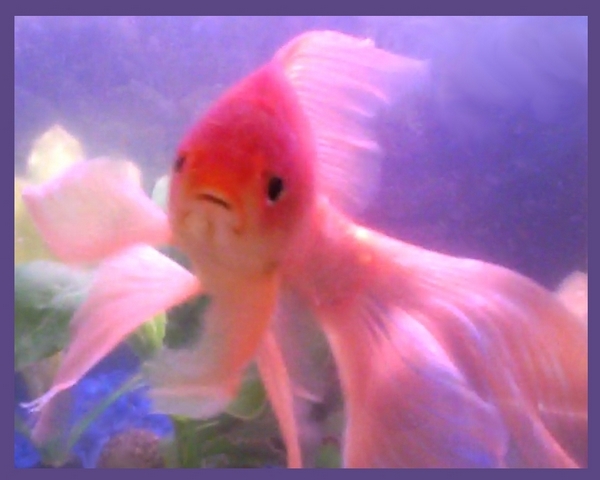 Sweet Pea...my momma used to call me that. How do you know what sex it is...how can you tell?

I wish I had stuck with fish. As I get older the more of a chore it becomes taking care of our herd. I had 3 dogs and 2 cats but inherited an extra of each when my parents died. My oldest one is a sweet girl named Yumi. She's a Japanese Chin and ancient in dog years. Then we have Merle and Daryl, brothers but from different fathers. Their mom was an American Eskimo. One looks like a brawny Border Collie and the other a Sheltie. My Momma's dog is a Pom and she is a character. Nasty little thing but she follows me around and if I go out, waits at the door for me to come back. Michael and the boys have tried to win her over but she faithfully stays by my side.

Hey Dani With bettas, the males have the extremely long fins that flare up when they're getting aggressive. In the red female betta picture above, you can see that her top fin is more proportional to the rest of her body....and though they still flare that small fin when they're not happy, it doesn't take up the whole tank. I started calling her Sweet Pea when she started displaying unanticipated affectionate behavior

Sounds like you know from experience that animals get attached to you for sometimes unexplained reasons. I started keeping fish because of the reasons you mentioned...not being as able to take care of furry pets.

With Jo, I'm not really sure if male or female...so I picked a gender-neutral name, in case my assumption that he was male was wrong...haha. He's named after a singing partner that I had back in the 90's, Joanne, a Puerto Rican soul singer who had studied the techniques of old blues singers until she had it down perfectly....her favorite was Sarah Vaughan...because of her ability to mimic the horn with her voice. It was totally foreign to me, and to music ministry at the time, and we had great fun, and laughed a lot, when she'd try to pass on that technique to me. She was a barrel of laughs. She passed away suddenly after some battles with her health, and possible liver cancer. A diagnosis was being pursued when she just passed in her sleep one night. I certainly missed her humor and zest for life....and I named my little fish Jo, to remember each day the fun we had.

In case you're like I was, and have no idea about the techniques of old jazz and blues singers, here's a sample of Sarah Vaughan being a "trumpet"....and imagine Jo stopping the song, and saying to you, "now do that...."

Bad thunderstorm with heavy rain and hail earlier this afternoon. So I took a nap!

Good time to take a nap.
Jo is closing on the size of the carp I remember seeing in Japanese gardens as a young child.

Hey everyone Yeah Terre, I had read if they are kept in a fairly good sized tank alone, that they grow larger and live longer....some live as much as 25, even 35 or 40 years. That's a long time for a goldfish. But one thing for sure, they won't last long in a tiny bowl....they should have 20 gallons in order to have room to grow.

Hey Linda...did a little napping myself

Work in progress with the Abbey Doc project....two down, two to go. I'll deal with hair and closer tweaking of poses later. 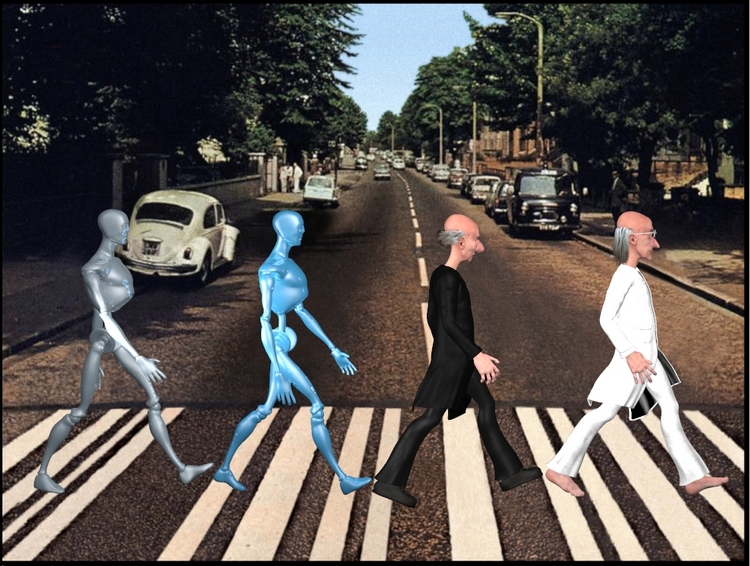 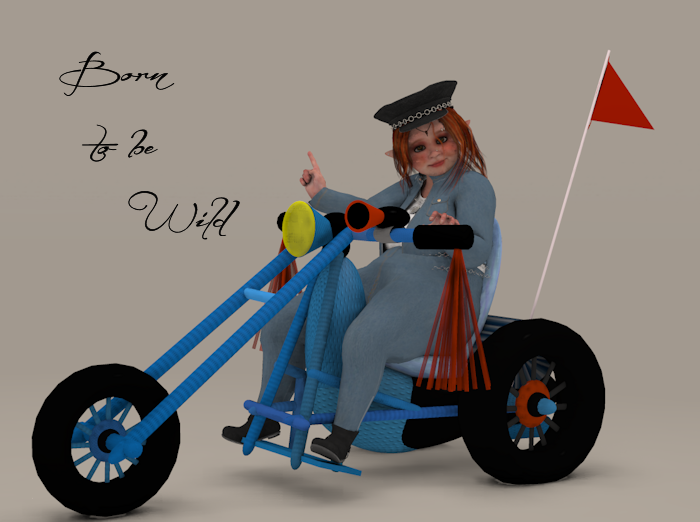 Cool Vila ...and Linda, I think we all are like houses that "settle" with the years

This has GOT to be the rainiest spring\summer. Raining again. 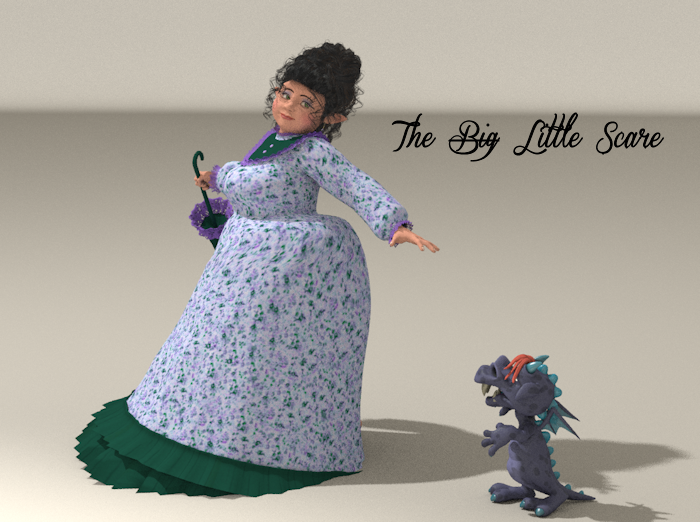 I think we may have broken a record or two here in Massachusetts!

Gets to be dreary when it goes on for days, or weeks...and can make keeping the grass cut a challenge...but I can deal with it better in the summer than the winter...my joints don't get along well with dampness in the winter months.

Is that Vila? ....and I don't recognize the little critter dragon...cute

So the whole east coast is getting it....