Contributing Artist
Dug out the Supersuit set today to play with it a bit more. Got allot of morphs done for the soft boots, material zones in place for the suit itself and got some mats made for it, got the gloves fitted better and did a couple of morphs for it to fit it over the Supersuit and low and behold got my old cape project back out, haven't messed with it since Genesis 01 but now it's officially for Dusk (and probably Dawn). Took it into ZBrush and revamped it's shape and got it fitted nicely to Dusk. Not sure if I wanna play with the conforming idea again for it though since that was like the BANE OF MY EXISTENCE back then! lol Might have better luck now, not sure, still thinking about it. All the morphs work great and all my detail morphs (there are three of them for various wrinkle effects). 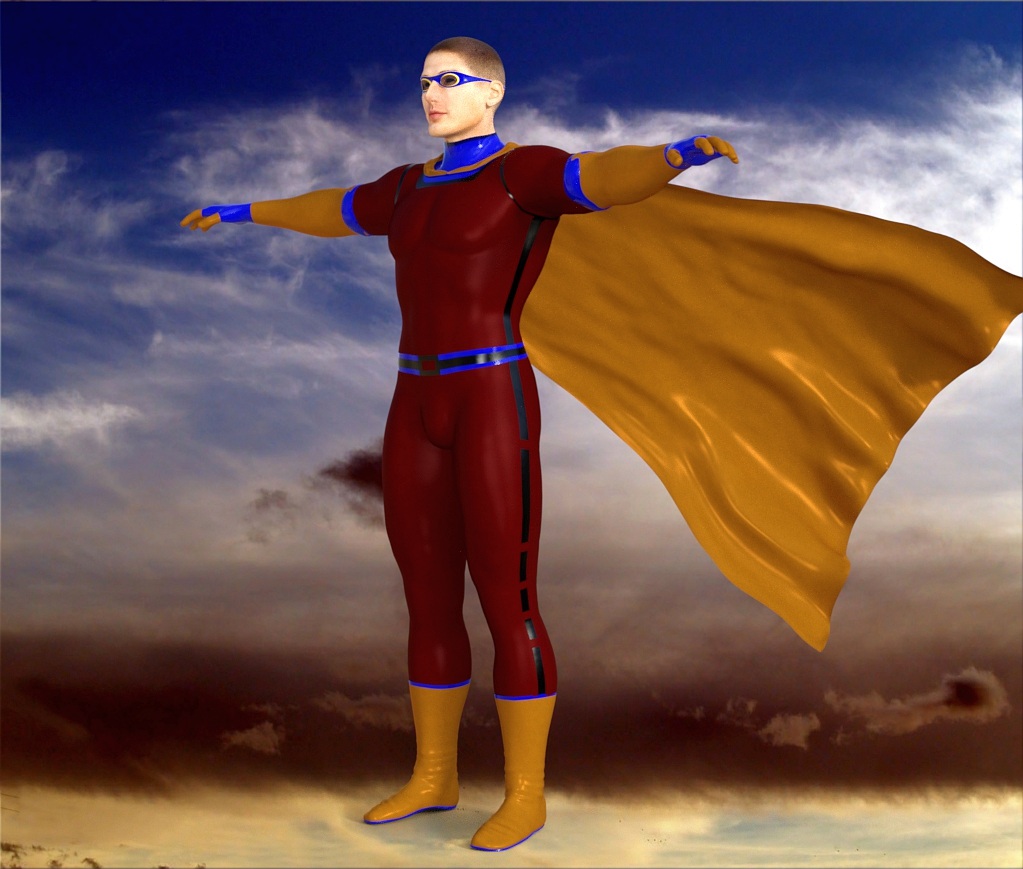 CV-BEE
You know Rich, you could try rigging the bodysuit, and leave the cape as dynamic.

Contributing Artist
Oh, the whole thing is rigged, even the cape but it's rigged for Genesis and it was a mess so I may kill the rigging and just make it a conforming prop. Thanks for looking hon!

Contributing Artist
Little play at using some of my shaders (which I spent a bit of time updating. Still haven't gotten them done for iRay but these look allot better for 3Delight so conversion should be nicer now with the new settings). Got the Supersuit mostly where I want it shape wise, Surfaces wise too so went ahead and created allot of very low resource settings for it and created some utilities (actually created them a while back but needed to update them for this newer version of the suit) so now you can easily select the main suit parts or use the utility to inverse the selection to change out the main default borders.. which you can mostly see them in the render below... 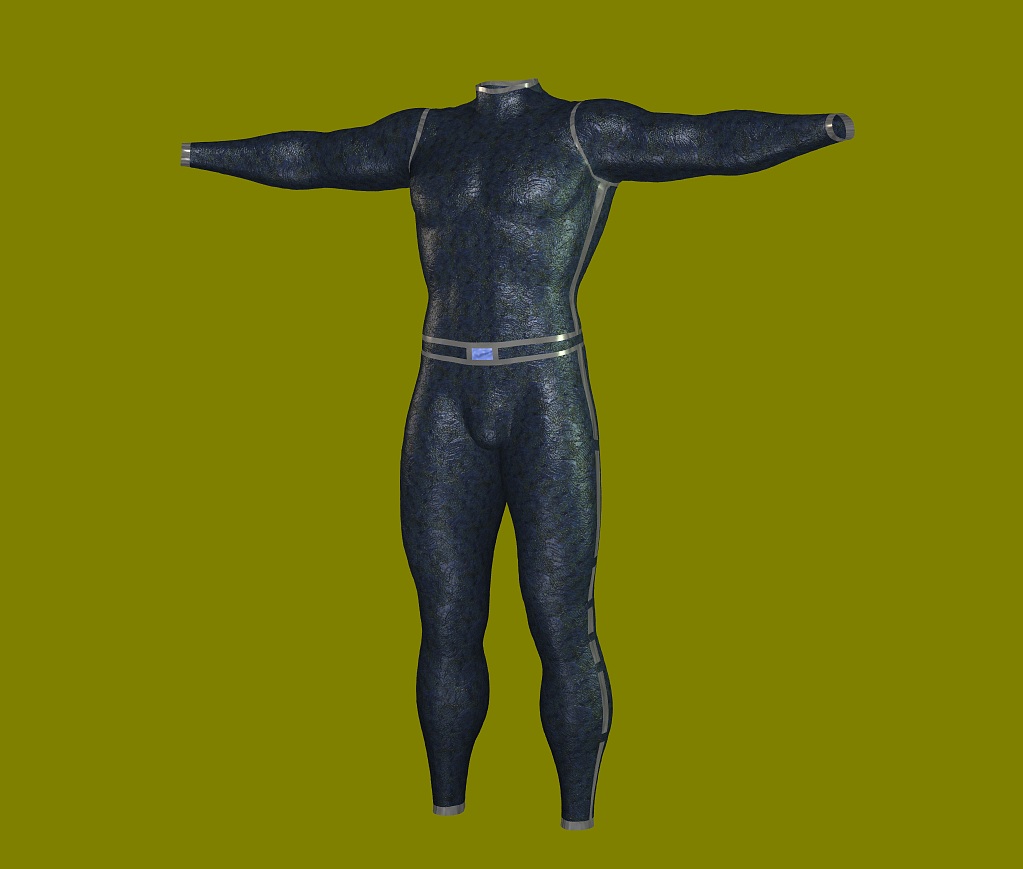 CV-BEE
Oh I like. Too bad I don't use the latest DS.

Contributing Artist
This is all 3Delight so I think it should work in older to like 4.8 iirc!

CV-BEE
Unfortunately, my "newest" version of DS is 4.0 Pro. I never upgraded once Genesis 2 came out. I was no longer interested, so never bothered upgrading the software. Now I'm back into Poser, so really don't see a need for the newer versions. I still like my DS 3A, and DS 4.0 I use for Genesis 1, but these days I'm working more with the HW family of characters in Poser, so definitely no need to upgrade to DS 4.8 or higher.

That said, however, your shader looks great.

CV-BEE
Contributing Artist
That looks great for 3DL RAM. I usually get much better results with Iray so I'm always amazed what people can do with 3DL.

Contributing Artist
Thanks gals. Well if all goes well, this will be added to the pile of stuff to release eventually and since Poser 11 makes things so so much easier to get fitted and working with various shapes rather than bothering Paul I will do my best to make sure the set ends up in both programs.

I too love iRay more but I tend, out of habit, to develop in 3DL .... I need to stop that! I imagine within another year or so DAZ will probably go full board with iRay and no longer require it's vendors to supply both. If it were as easy as it is in Poser to make these hybrid shaders that work regardless of the rendering engine I'd sure love that in DS but as it is there are more and more folks everyday proving that more can be done in iRay than in 3DL... all the special effects stuff and all of it that in the beginning we were told would never happen because iRay is more about realism has been proven to work with all the cool bits folks have been releasing. It's kinda like DAZ told us that with Genesis 3 we wouldn't be able to use the older maps but now we have a solution for that too so, yea, iRay will be the rendering engine of choice. There will always be folks, like yourself, that are just fine in older versions of DS and 3DL but the direction is def for iRay from what I'm observing. Same with Superfly. I like Superfly allot!

RAMWolff said:
Thanks gals. Well if all goes well, this will be added to the pile of stuff to release eventually and since Poser 11 makes things so so much easier to get fitted and working with various shapes rather than bothering Paul I will do my best to make sure the set ends up in both programs.
Click to expand...

Contributing Artist
Little more play. Added in a cape fastener. I have two ideas... one just leave it with this one or do a morph with another set of fasteners to give it more options. The second set would have a fastener on each shoulder with a morph to open the cape up to fit under them. What your seeing with the Supergloves is all the options loaded at once. There are material zones set up to allow for three lengths, then you load the glove "topper" to complete the look, long, medium or short! 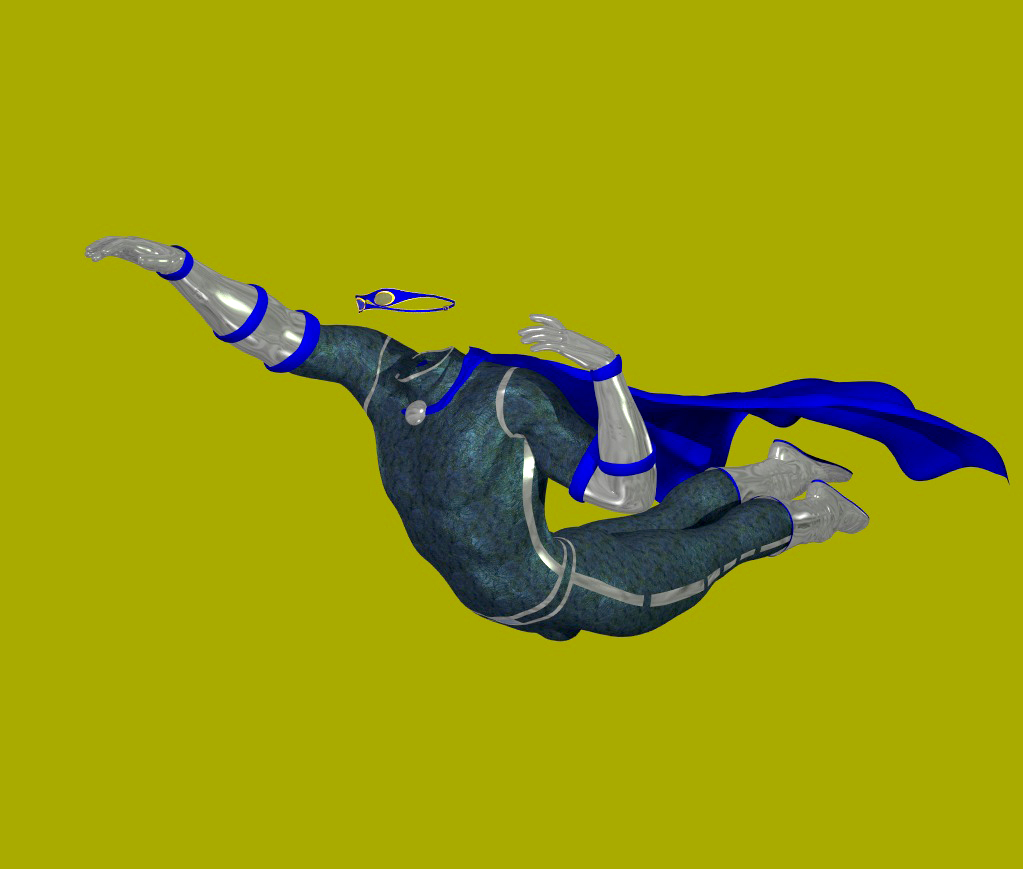 Contributing Artist
May be a while still for this set. It's another one of those over the top sets. I don't know why I do this to myself. I couldn't just start out with a shirt. Nope, I have to do full board with multi clothing sets that will drive me nuts getting all the JCM's and shapes in!

By the way Ken... if your more in the know about this.... what are the basic IN HOUSE shapes YOU would support for Dawn and Dusk? I know that shapes like Skinny, Smooth and Muscular, esp for outfits like this but I tend to feel like I wanna support them all but it's so damned time consuming to do that. Esp for Dawn's breast shapes.... YIKES.. so many of them

In addition, Dawn also has the breast morphs, and I have also added many of the secondary morphs, like hips, thighs, waist, legs, and arms. The cowl and 2 masks support ALL of Dawn's expressions. It's crazy, man.

CV-BEE
Yikes, that sounds like a whole lot of work.

Contributing Artist
It is...

Contributing Artist
Well in Poser 11 that seems to be non issue. But in DS it's still allot of work. I may have to peruse the store to get some ideas or maybe drop Alisa a line to see from where she's sitting what are the most supported morphs!

Contributing Artist
Why are they a non issue in Poser 11 Ram? I've just gotten the update...also when you did your injections in Poser 11 did they load with morph when you use them or do they just load the dials?

Contributing Artist
Well their are a couple of ways around the fitting in Poser. You can do some auto thing that makes the shape take to the current shape and you can morph up the shapes, run that built in script and I was thinking resave out the cr2 to include all that info OR you can import in each obj one at a time. My issue around that is that I resave all the obj's in Poser sized format as when the Cinema 4D comes in it's huge. I guess if I had the right size coordinates for importing in C4D sized obj's it wouldn't be such a job, esp if you have allot of shapes.

Also, on an aside what in house Hivewire FBM's do you guys use the most? I asked Alisa and she suggested I just ask the community....