Dreamer said:
Your work is always so stunning
Click to expand...

That is so true.

The luxury of having hours to get ready. 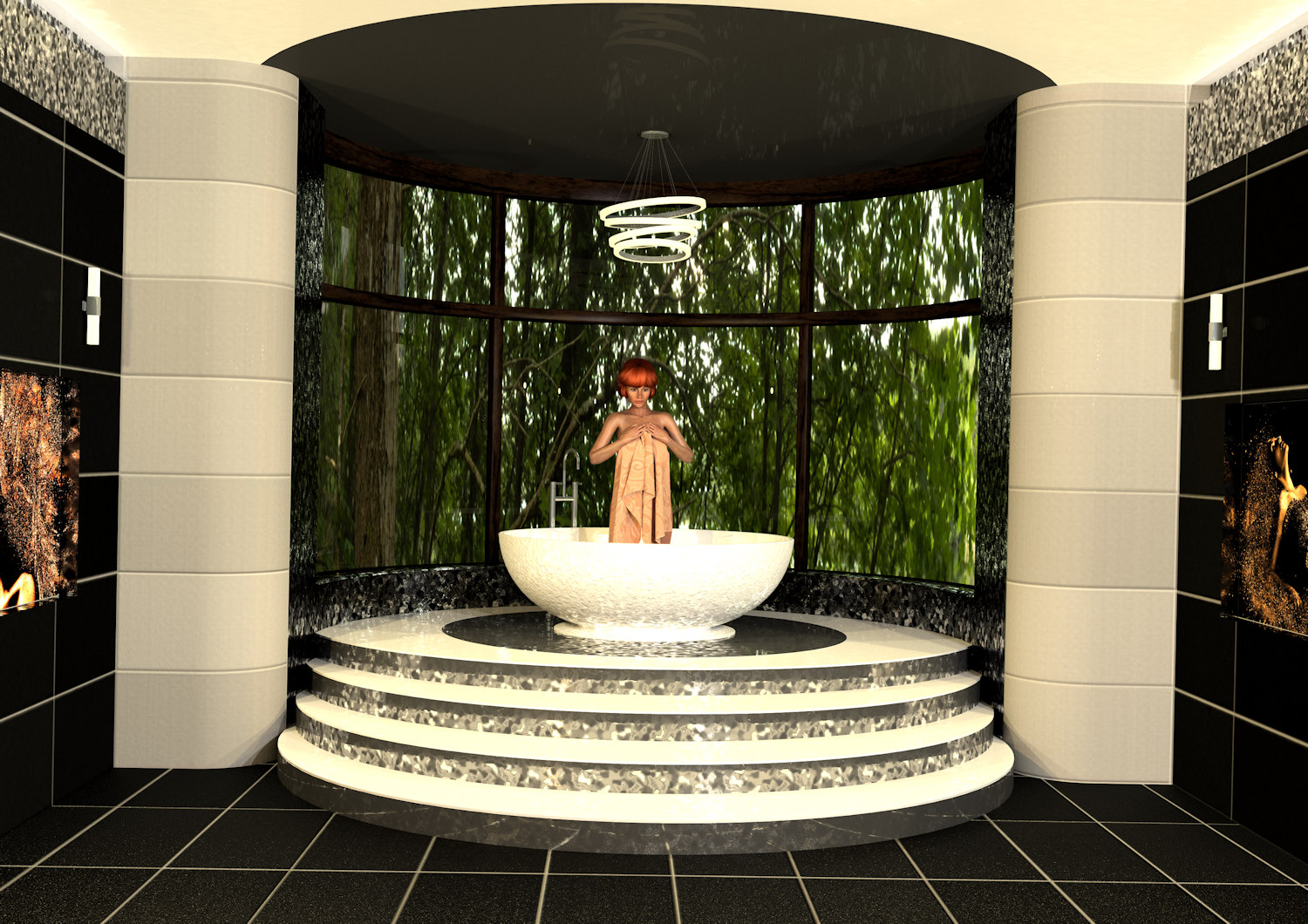 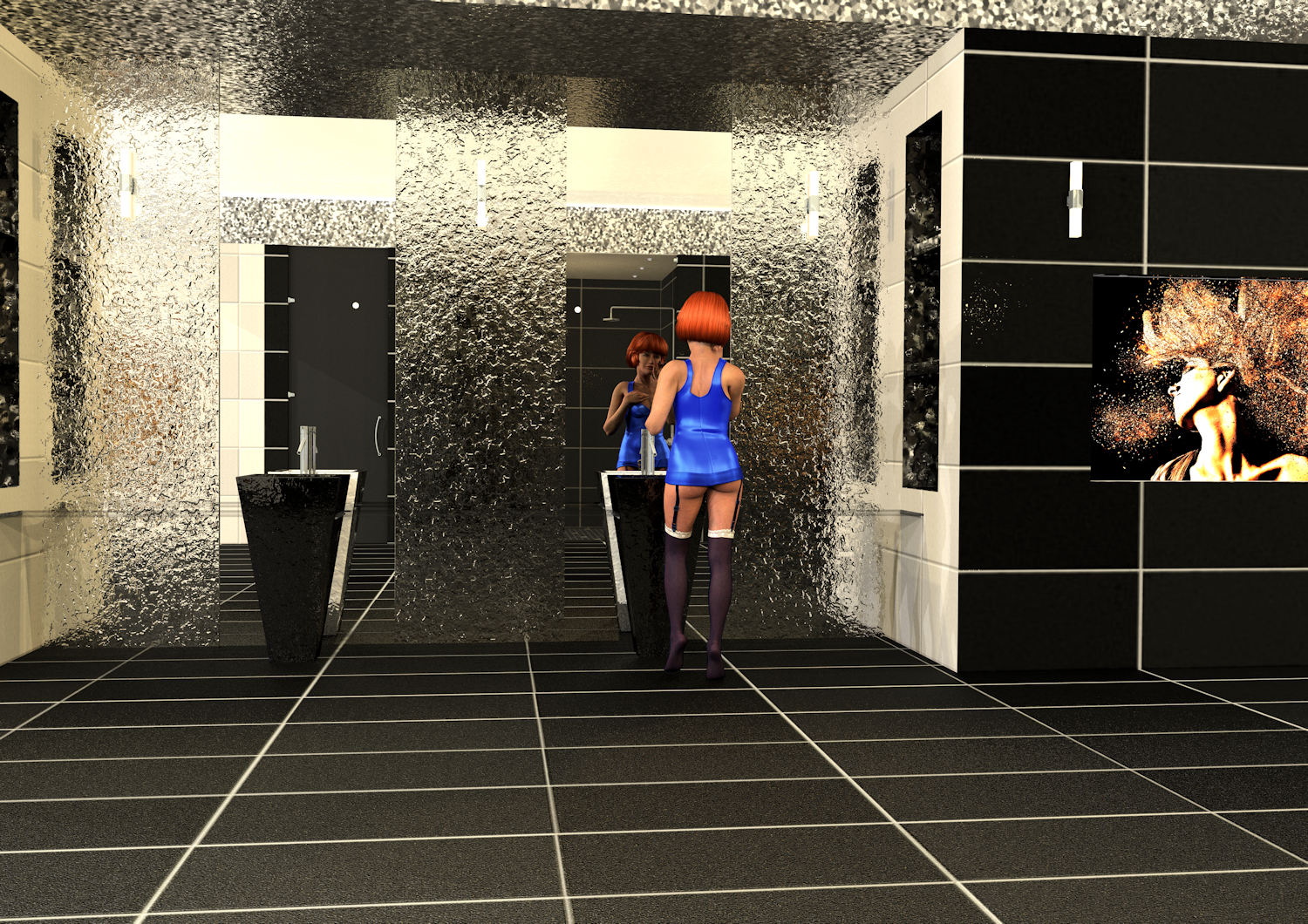 Miss B said:
WOW, That's some bathroom.
Click to expand...

Yep, it sure is - Luxury Bathroom 2 by -Applejack-

It was always going to take a while to get ready in such a cramped bathroom.

was sitting here eating me nuts and thinking .......

how wacky to have a cashew who thought it was a nut!

so we started with a cylinder in Carrara and it went from there! 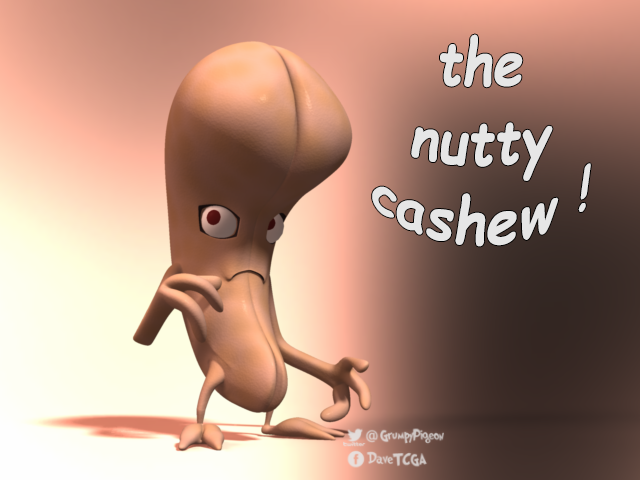 I really like these widescreen panorama's you've been doing! They're excellent!

I went back to playing Dragon Age Inquisition yet again and I had to do some art of my elfie, Kartaelin, with his love Dorian. They don't allow me to give him his goatee in game, but that's not going to stop me.

On returning to Skyhold, Inquisitor Kartaelin Lavellan received news that the tomes Dorian Requested had been located and acquired by his agents. He asked his advisors to have them sent to his quarters while he fetched the Tevinter mage. The pair spent several hours pouring over the historical texts and genealogies, making some headway, but unable to find exactly what they were looking for. Kartaelin ordered fresh fruit, dried meats and cheeses brought up for refreshment when they began to tire. After a few more hours, Dorian was reading some of the texts aloud. Dramatically. As satire. His antics had Kartaelin in stitches, but before long the Inquisitor had to stop him.

"Our daylight won't be much longer for this day, perhaps we should pack it up for the evening, Dorian."

Placing the book down on the arm of the chair, Dorian turned to his companion. "Perhaps we should conduct our own private research," he replied slyly, running a finger along the elf's jaw line and gently raising his head to look him in the eyes. The intimacy of the mage's soft touch fueled Kartaelin's desire and he could hold himself in check no longer. In one fluid movement, he'd brought his hands up to Dorian's face and locked lips with the Tevinter mage. His love tasted sweet as the grapes they'd shared earlier in the evening and smelled of cologne, leather, and sweat. Neither one of them wanted this moment to end. As they savored the kiss, Dorian swept an arm around Kartaelin's waist, pulling him closer so he could feel the beat of his companion's heart.

HW Honey Bear
I've got a very good Dragon Age fanfic posted over on my site. I even wrote to Bioware and got permission to use some of the concept art in the publication.

For that project I mainly just did the covers, and a lot of chapter tail portraits of the characters.

Thank you, I am really pleased to see someone else who likes the format and there is a purpose behind them. For about eight years now I have created a photobook with what I feel is a collection of my best renders for the past year. Originally the book used to be A3 in size but about four years ago I dropped to an A4, lay flat format and changed the paper to what the printers call a 'smooth resin finish extra-thick 380 gsm silver halide paper'. If I keep my eyes open for their sales I can usually pay around the £60 mark for a 90 page book and also have a three month period to build the book (which can be extended by a few months for a small additional charge).

This gives me the choice of a render per page or single render across two pages and thus a widescreen format. For for a single A4 the render dimensions I use are 3508 X 2480 pixels which at A4 is 300 dpi, so for the widescreen I double the width making it 7016 X 2480 pixels. I find this works well and the results are impressive, the only problem is making sure I place nothing in the dead centre of the render as, even with fold flat, there is a crease. As I tend to use the rule of the thirds in most my renders this is not really much of a restriction.

I have to heavily compress these widescreen renders to post them here so they are not at the best but I do like the impact they have when seen uncompressed and also in print.

JOdel said:
I've got a very good Dragon Age fanfic posted over on my site. I even wrote to Bioware and got permission to use some of the concept art in the publication.

For that project I mainly just did the covers, and a lot of chapter tail portraits of the characters.
Click to expand...

Do you have a link JOdel? I'd love to check it out and your Harry Potter stuff as well. I really only just got into writing some fic snippets for artwork I'm making, though I probably should have been doing it all along. Most of the time there's a story behind them and I've generally used song lyrics to get the idea across instead of writing in the past. I will say, I've gotten a lot more written of my elves story in the past year than I have in the past 18 years since I created the characters, but most of it still isn't posted anywhere. XD

HW Honey Bear
The Dragon Age fic is accessible off the main publications page. Which is here:
Red Hen Publications: My Work — Publications

The Oz books and the theater craft book are also accessible from the main page. The potterfic is another level down.

Warning: my publication projects are NOT designed for smartphones. Neither is the site. Everything is built to display as a US letter-sized landscape page. The theater crafts book is even larger. They're all .pdfs, so the window will resize, but the type won't be readable at smartphone sizes.

HW Honey Bear
Despite Snape's warning, Harry's ability to speak and understand Parseltongue is eventually discovered. It causes a considerable uproar. There is even a general meeting of the Sett regarding the matter. Hufflepuff House ultimately is supportive. But Professor Sprout is concerned. The Parseltongue is certainly an effect of the Horcrux, and the Horcrux is a situation which really needs to be dealt with. For everyone's sake.

Which she makes a point of calling to Snape's attention. 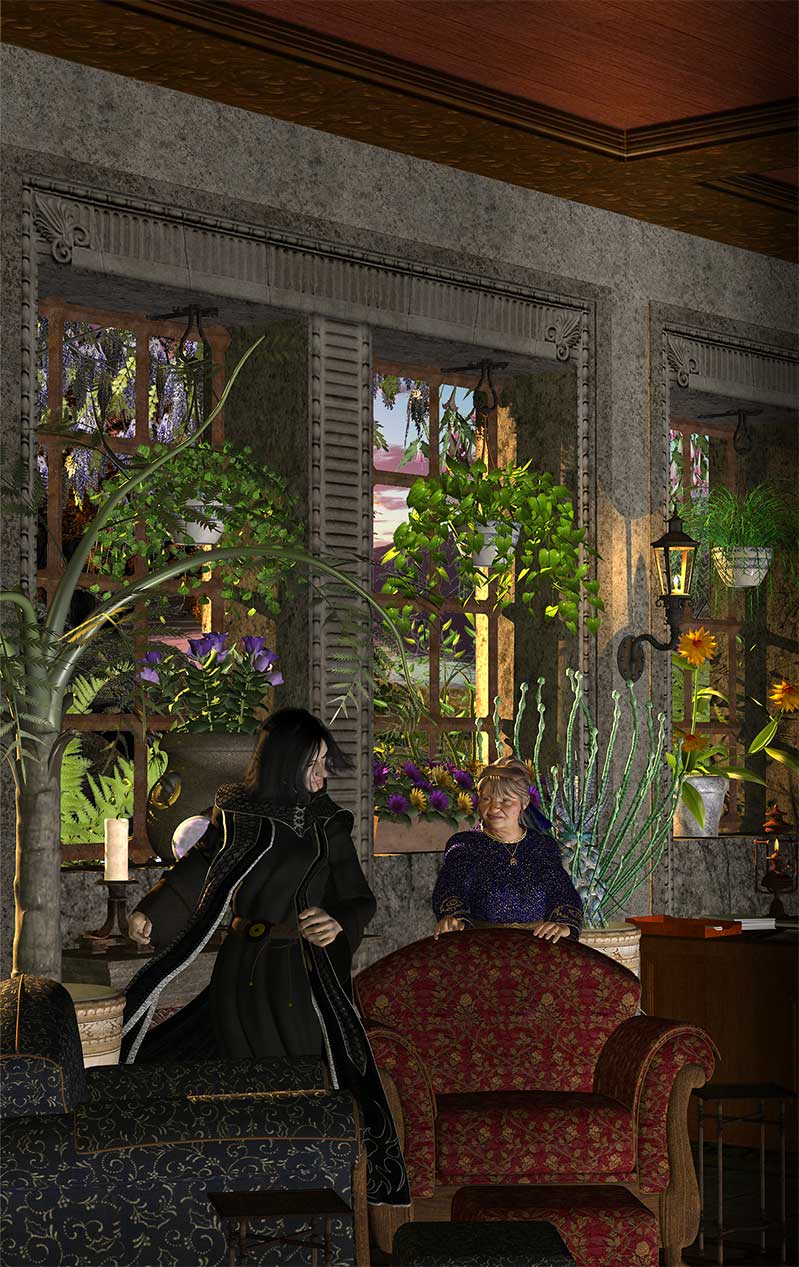 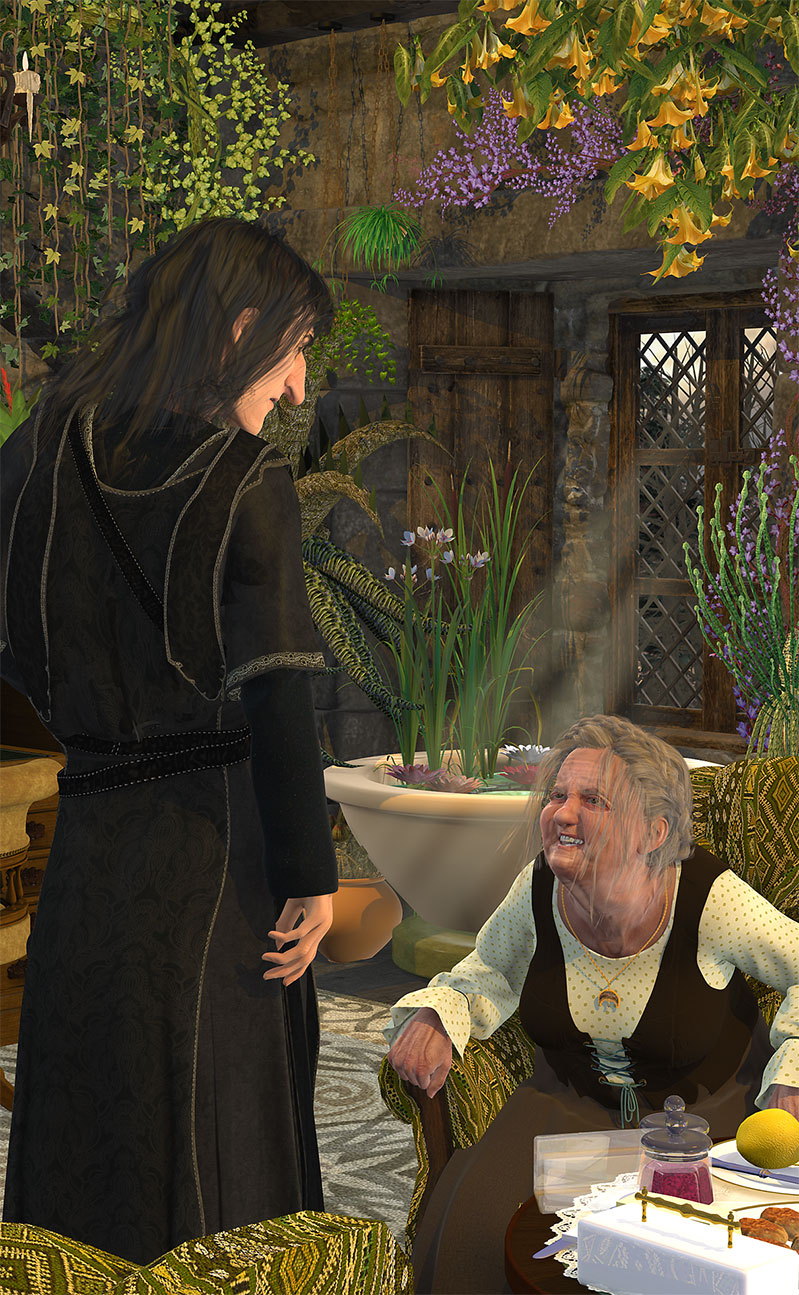 The problem with having books streamed directly to your aural implant was staying awake long enough to finish the book. In that regard a physical book had the advantage that, should you start to fall asleep, it was very likely to smack you in the mouth. The thought of this alone was often the only encouragement a reader needed to keep reading.