A menacing, tantalizing but beautiful render, love it 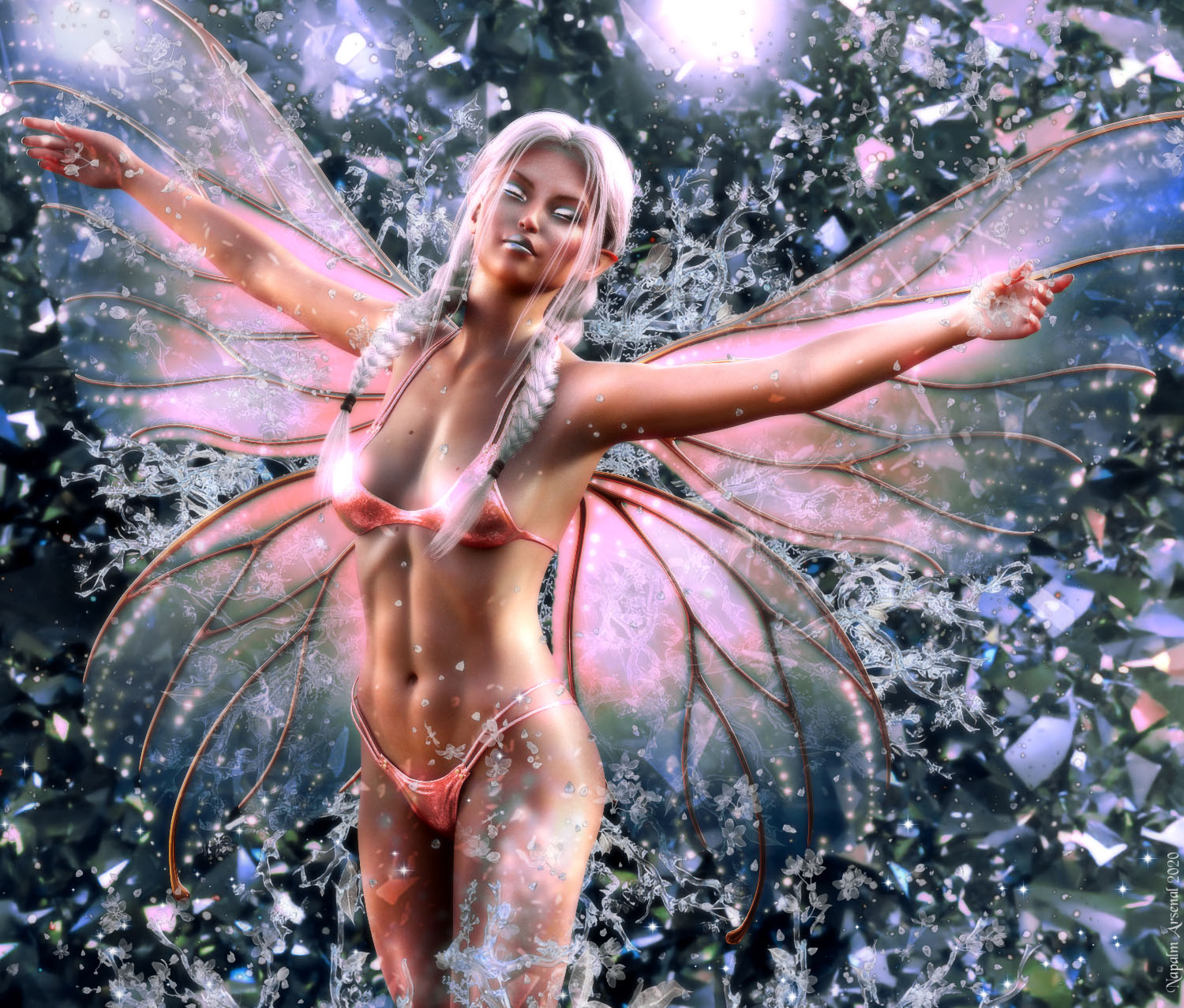 You have some very impressive rendering skills.

Art_of_Mind said:
You have some very impressive rendering skills.
Click to expand...

Thanks, but some of it is 2D from Ron's overlays, but took a long time to render for sure with all the reflections.

Beautiful work NapalmArsenal! It's really stunning. I'd say worth the time to render the reflections! I've had that hair on my wishlist for a long time, I need to pick it up next time it's on sale, it's so cute!

And thanks! I should try and do more with her and the ancient vampires. I love their wings!

I really like the particle effects, the lighting effects -especially in the wings- and the emotive pose and facial expression. The silver blonde braids suggests she's a nordic faerie. ;P

Playing with some of the horse breeds in Poser. Background and lighting is EZDome with one small, 20% intensity area light on the face and chest, ground is Versatile Terrain. Rendered in Superfly. 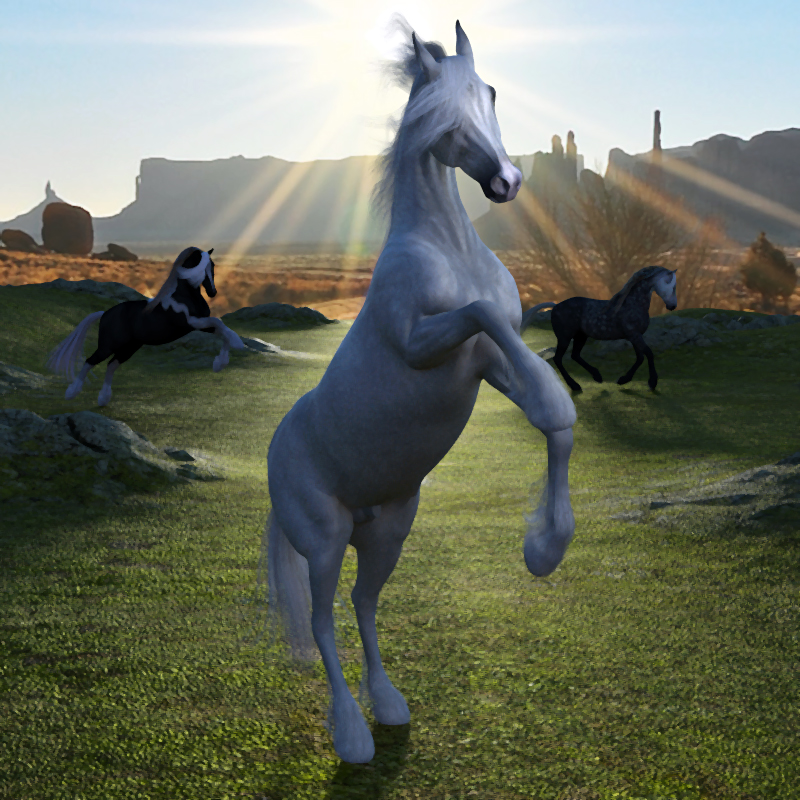 Shanarah said:
Beautiful work NapalmArsenal! It's really stunning. I'd say worth the time to render the reflections! I've had that hair on my wishlist for a long time, I need to pick it up next time it's on sale, it's so cute!

And thanks! I should try and do more with her and the ancient vampires. I love their wings!
Click to expand...

Thanks! Yeah Lady Littlefox does some great products! They also run some pretty nice sales on some of her items. The hair also has like highlights and such for different colors to it that makes it pretty flexible for different style renders you do. I have her Bunny hair wish listed, but it's for sure going to have to go down before I can purchase it. ...... Love Posey and Petunia from her too and they are great to mix and match with Genesis 8. 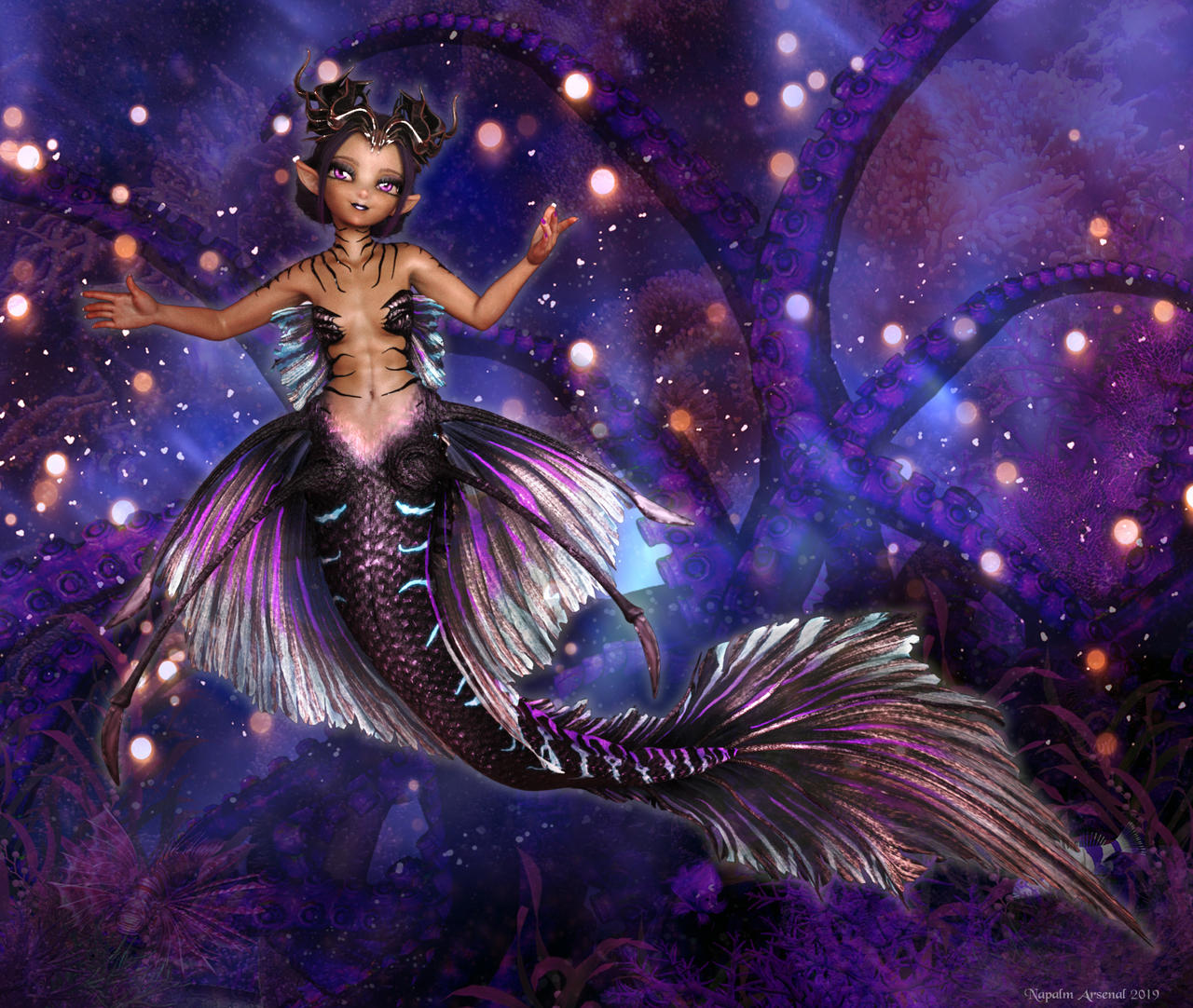 seachnasaigh said:
I really like the particle effects, the lighting effects -especially in the wings- and the emotive pose and facial expression. The silver blonde braids suggests she's a nordic faerie. ;P
Click to expand...

Thank you!! I for got to mention that in the items I used, but it's from the Nifty Nebulas pack I got a while ago over at Daz. Poses are real fairy poses and .... LOL per chance she is breaking free of the Nordic winter ice!!

Working up a dual-root (both Firefly and Superfly) material to apply chain mail onto an existing skin texture; these are Superfly test renders. 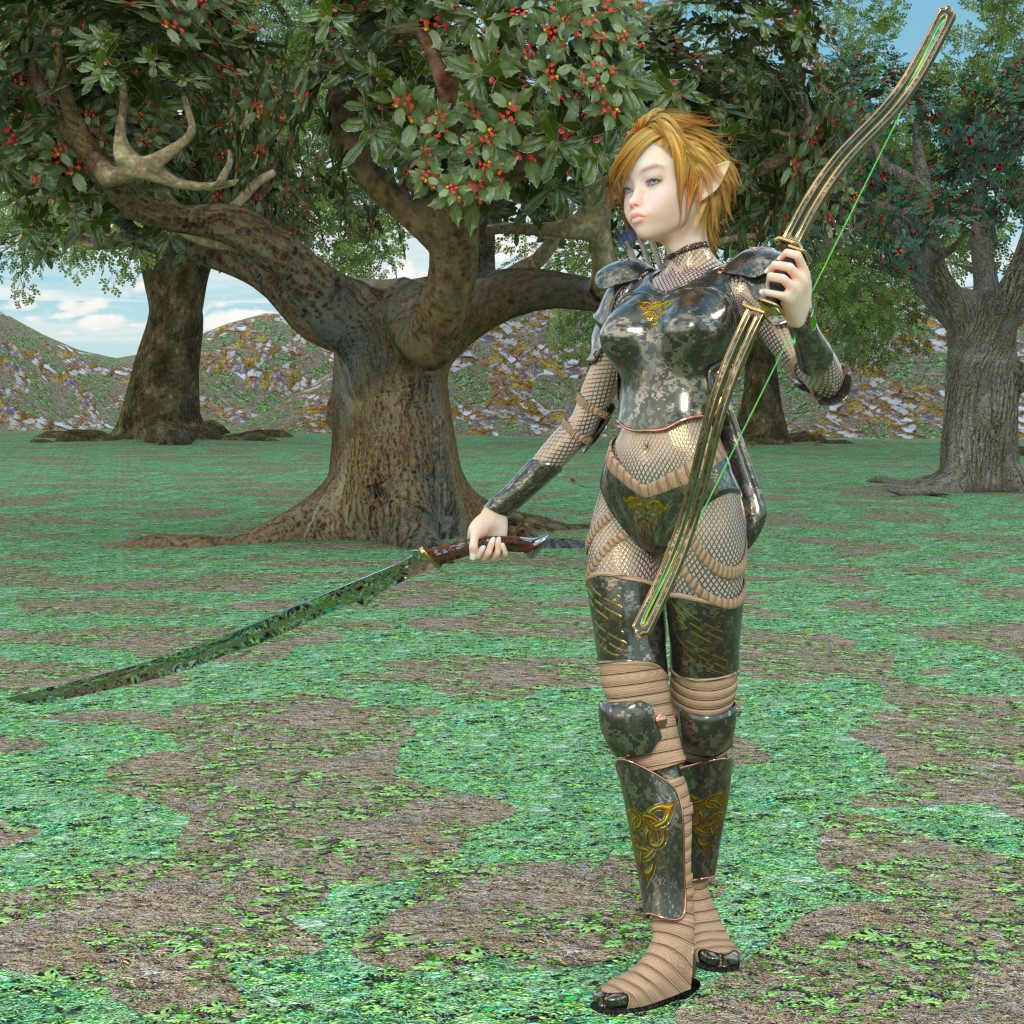 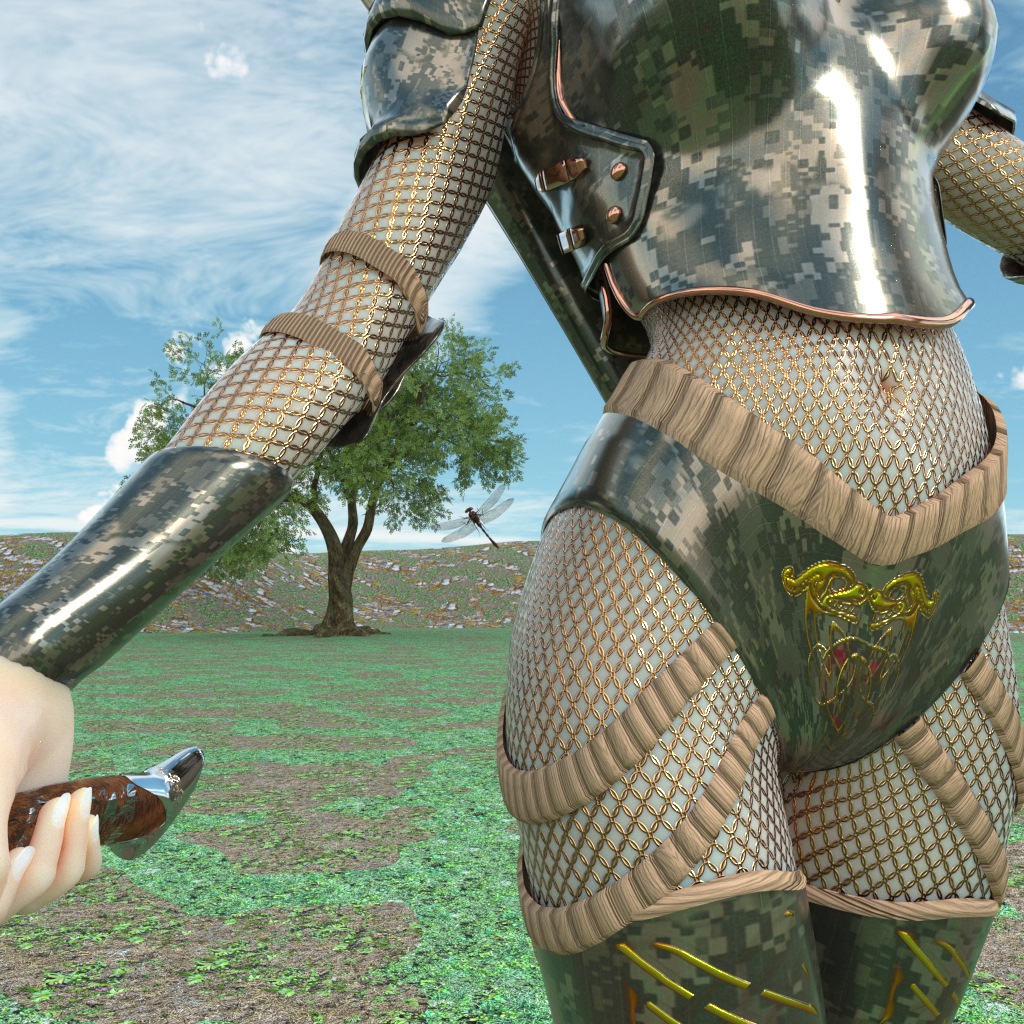 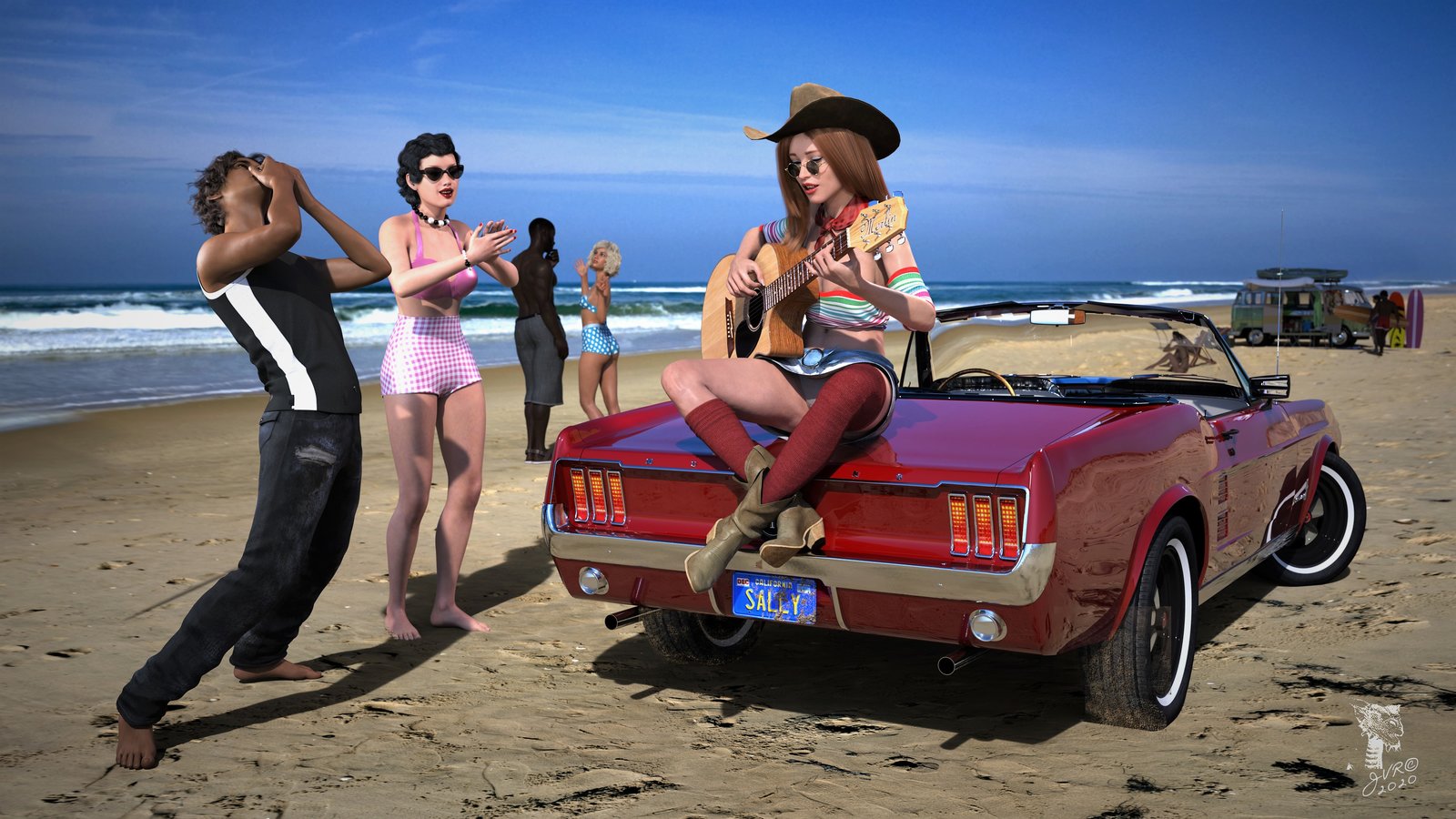 Mustang Salleyyyy. think ya better slow your mustang down...
w00t, I managed to squeeze 9 figures, two vehicles and a few more props n clothing in and my machine did not explode.... 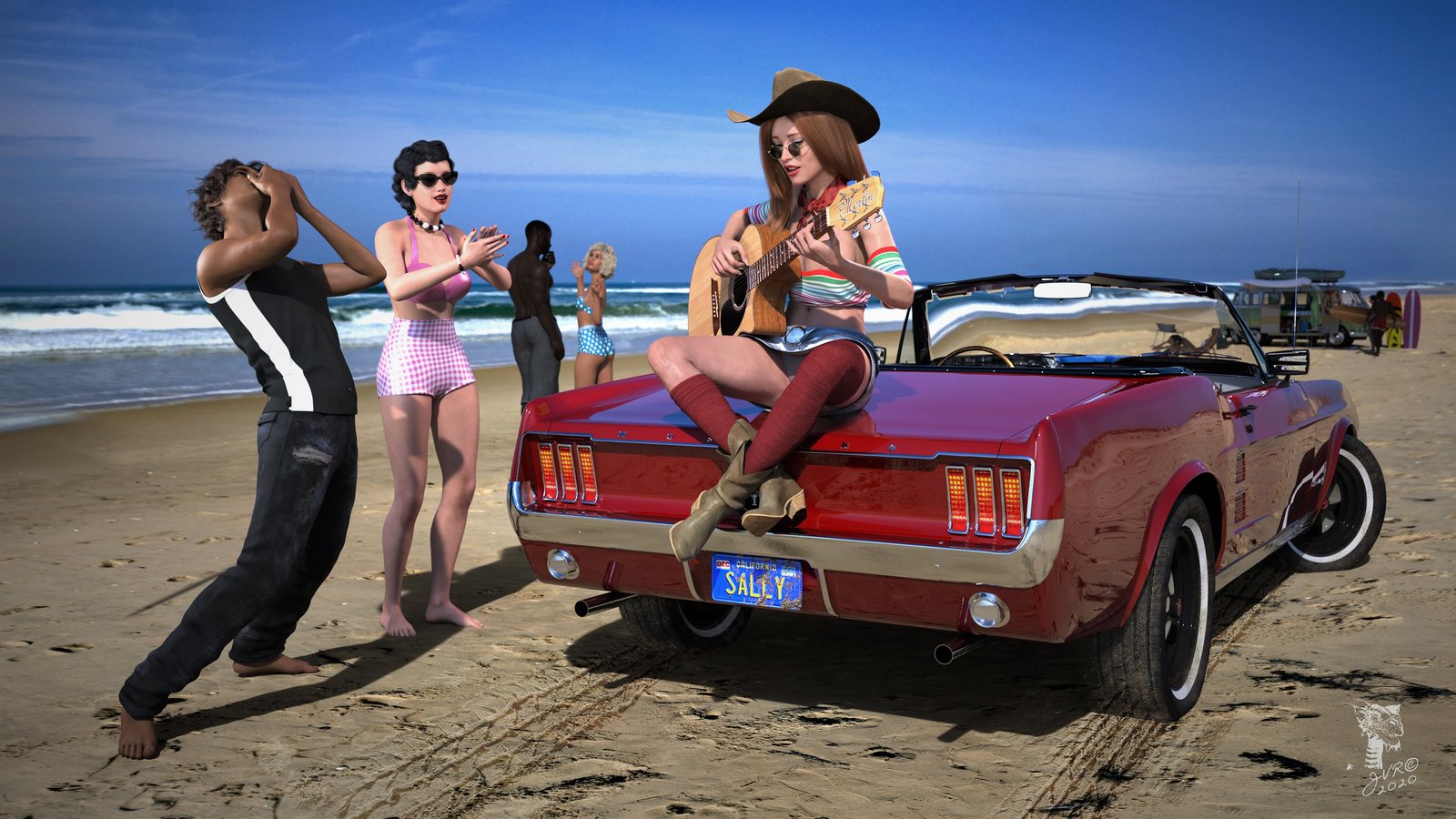 I've redone Sally.
The last one was done at 2 AM.
I've made the car slightly larger and added some tire tracks.

HW Honey Bear
Not a real render, just another spot render. This character rough is a start of a series of new character builds for Potterfics where the semi-'Toon style that I put together over the past year or thereabouts would be a bad fit. 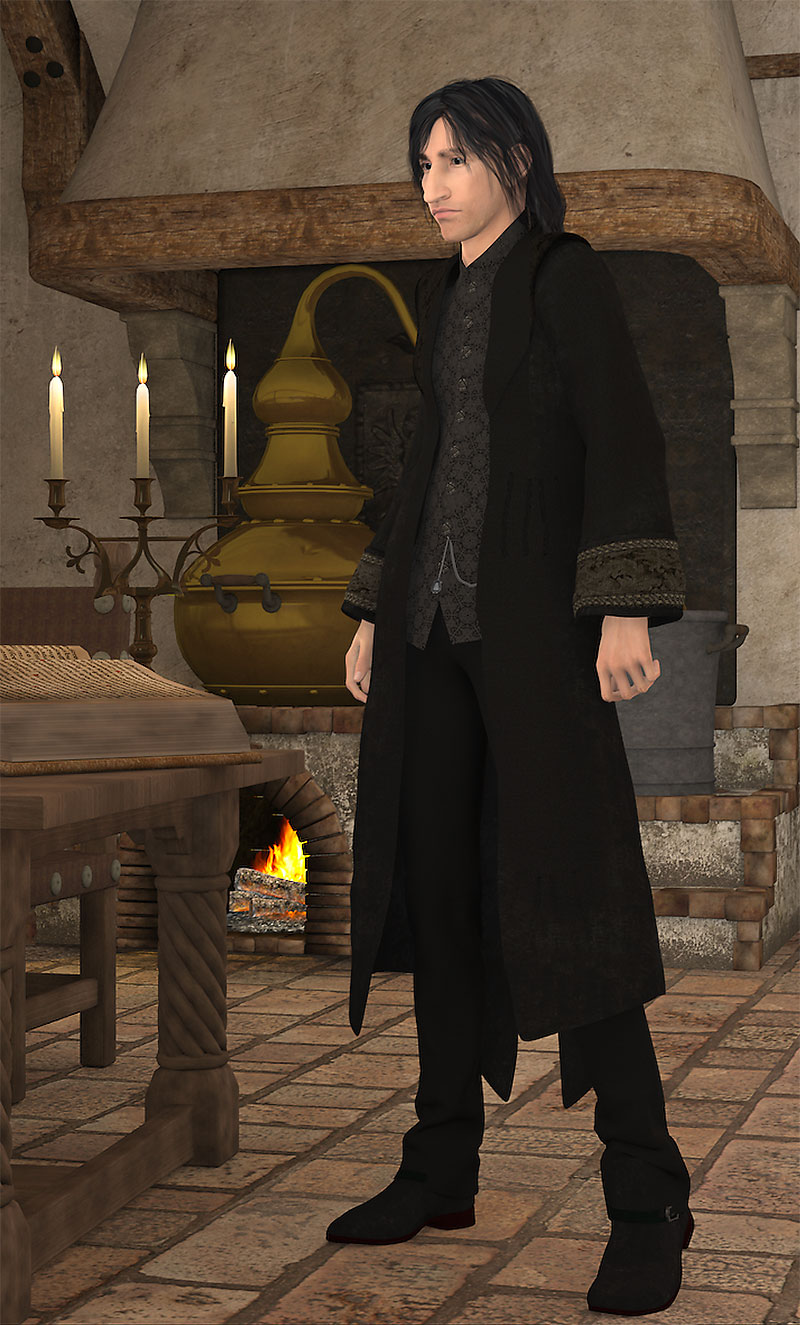 HW Honey Bear
One of my projects over the past couple of weeks was to build a personal reading copy of a Potterfic. This one worked just fine with the semi-'Toon style characters.

I'd have rather done a version for posting. But it's an old fic, and the email I had for the author was from 2007, so I didn't have high hopes for a response. I left a reply to the most recent posting in her Lj, and sent a private message through that as well, but that went idle in 2017, and there's been no response to that either.

The fic can be found on ff.net on Rabbit and -v- Jinx -v-'s page, but this fic was just Rabbit's. It was started back during the 3-year summer, but went idle and was finally finished off after the canon closed.

It has rather a lot of illos, but most of them are chapter tails. I gave everything a 60% sepia overlay which seems to have worked out rather well.

I need to organize things and have a dentist appointment, so I'll be back with the start of the series later this afternoon.

HW Honey Bear
Well I'm home again, semi-inarticulate from novocaine, but with one fewer hole in my head. So, I've been making screenshots and exporting them as .jpgs which will fit the forum limit. There are quite a few graphics in the project, but three of them aren't renders at all, and one of those is not actually my own work, it's an adaption from something posted on the internet, so I won't be including it (although since it's basically the punch line, that will probably be a bit unsatisfactory).

I will include the cover, however. Even if it is just a Photoshop file. 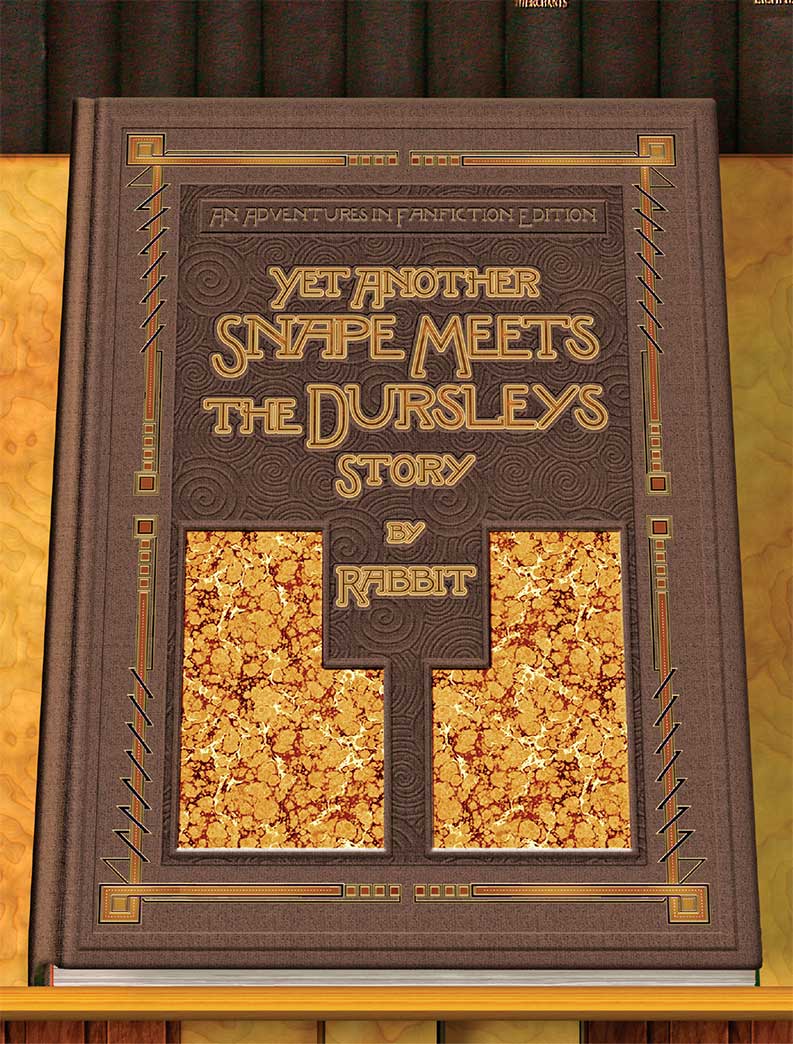 The story starts in the summer after the TriWizard Tournament. Snape is looking for someplace desolate to unwind in when he is reached by an owl bearing a panicked message from Harry Potter begging him to send an antidote or a bezoar. Instead, he goes to Little Whinging himself. 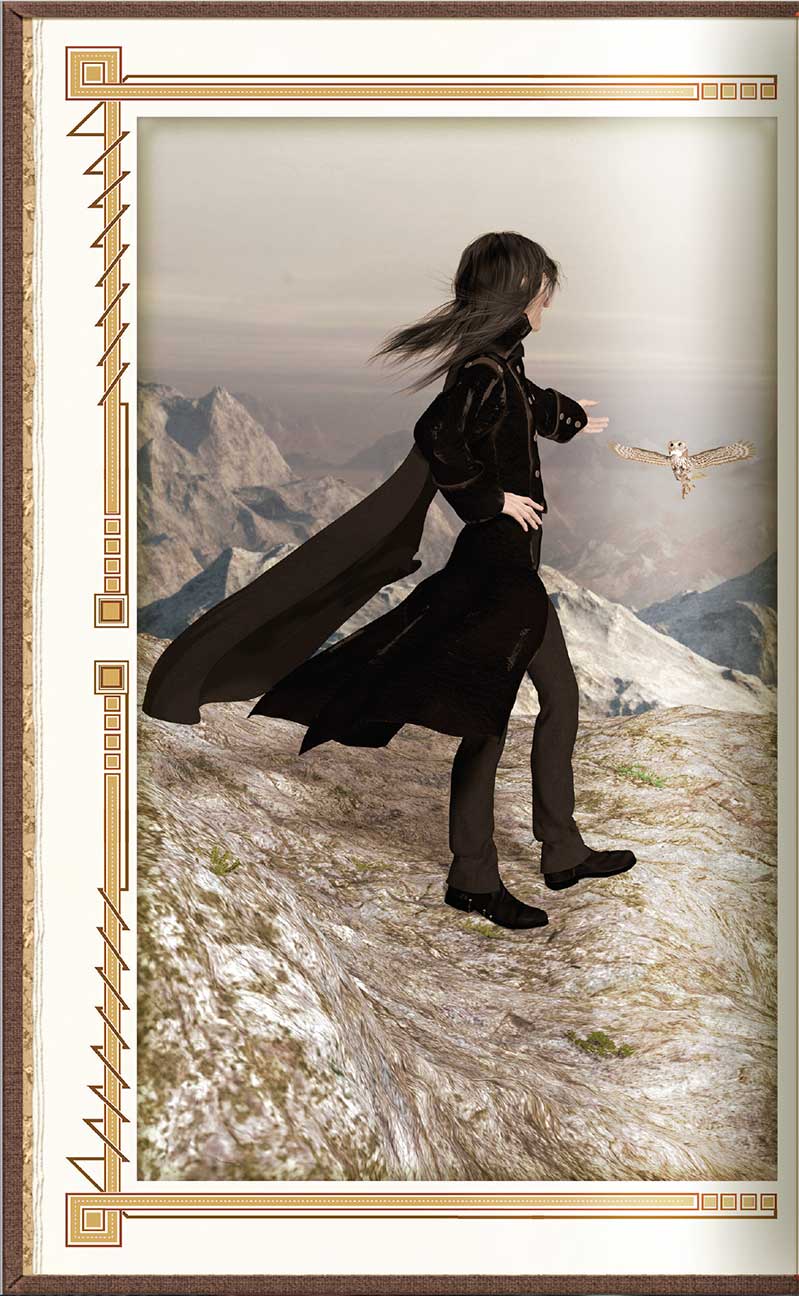