Ken, when will the new Geese product be in the store.

We would have them (woodcocks) visit every spring when I was growing up. They are loads of fun to watch, but certainly the ones who visited us were woodland birds; there are no shores nearby! Their mating ritual "dance" is quite impressive

CV-BEE
I have to agree. I'm especially liking the coloring of the geese in the main promo. Really nice.

HW Honey Bear
Grabbed them as soon as I saw them.

CV-BEE
Contributing Artist
Thanks Alisa. Somehow, I missed that Ken was releasing a new set.

HW3D Exclusive Artist
For those wondering, yes I have started work on the second batch of updates. I'll be focusing on a lot of the "limited" use models (penguin, ostrich, turkey, toucan, condor, vulture, etc...). Some of them are getting major overhauls like the Penguin.

The Penguin was one of my early models (2008) and some of its modeling, I'd do quite a bit differently now. Since there aren't a huge amount on morphs, I've chosen to do significant geometry changes (mostly to the transparency areas). 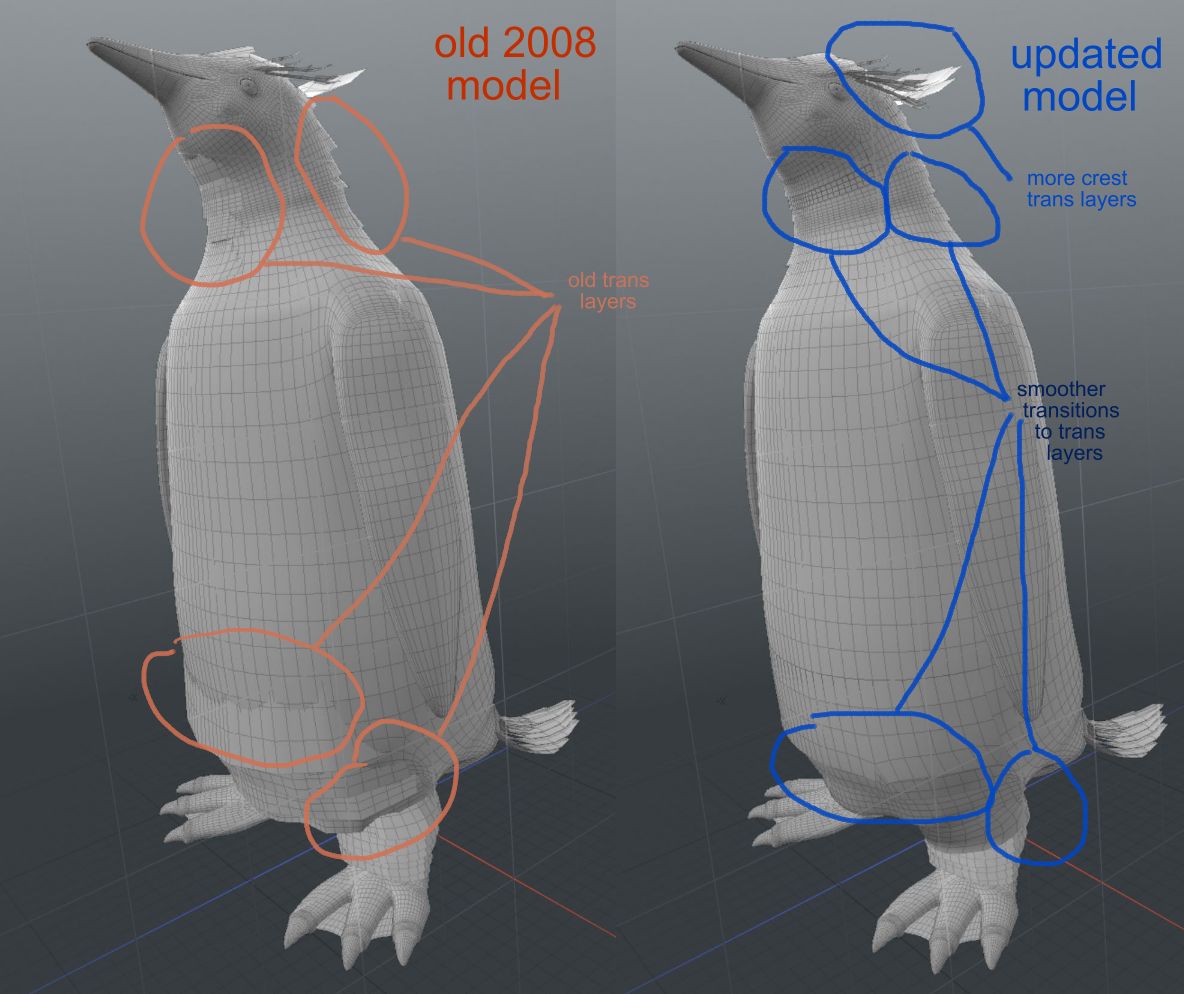 These are the sort of changes you can expect from my "Big Update" and one of the many reasons that the updates are taking so long to do. I will be interspersing some new sets with these updates (as I did with the new Goose set -- on sale still until the 22nd). My next new product will come from the Nature's Wonders line (but will be under wraps until its pretty close to release). From there, my next SBRM set will probably build off of one of my updated sets from the part two of this update (as I did with the geese).

HW3D Exclusive Artist
Here's a more finished look at the updated penguin now that I have all the morphs and controls back in place and the new transparency maps made. The changes are subtle but make a huge difference on the final product. 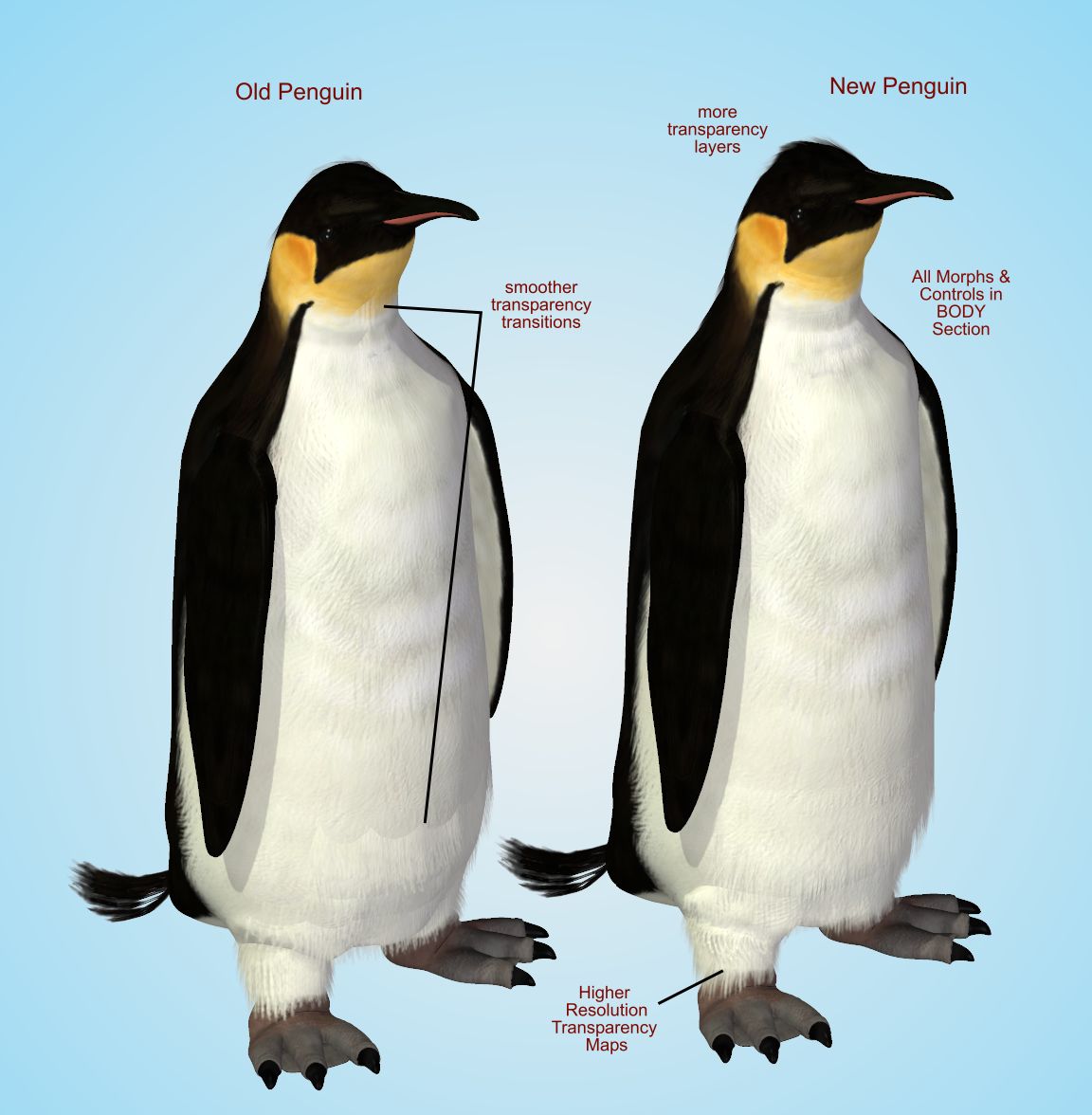 Next step is to create the Iray and SF versions and rebuild in the models in character format. I haven't decided yet whether I'll release the second batch of updates as they are ready or all at once towards the end of summer...

CV-BEE
Contributing Artist
Has anyone run into a problem installing the new geese with Windows 10?

I kept getting an error on the Waterfowl (Order Anseriformes).cr2/png that the filename is too long.

I was finally able to get the files installed, but I've absolutely no idea why the fifth time worked when the first four times it failed. I finally deleted everything from my Waterfowl Vol 5 - Geese folder under Character that I'd managed to install, and dragged each folder over one more time. This time it amazingly worked ... even though I'd done exactly that several times before.

HW3D Exclusive Artist
I have Windows 10 and haven't experienced those issues (yet). Both Waterfowl (Order Anseriformes).cr2/png are not "necessary" files, they are simply some eye candy
-- the .cr2 is a dummy/blank file to show the .png