HW3D Exclusive Artist
while not an emu, I did do an Australia endemic goose-- the Cape Barrens Goose

At least for the rest of the year, I'm in update hell, as I continue to convert my bird library to the new format. I'll probably throw in a couple easier new projects (as I've done with the new Goose set). I have to two new models (prairie chicken and peafowl) in development still awaiting refinement, UV mapping and rigging too (as well as some Nature's Wonders projects).

I had planned to update and release Flock Formations 1 but I decided after working with the newer Goose model that it needs to replace the older WF1 model used in the "V" formations on that set. That will be next on the update list. I haven't decided exactly what other titles will be for part two of the update yet, but probably some of my most popular sets, like the Shorebirds, Threatened and Cool 'n' Unusual series, as well as the original Songbird ReMix set. I think showing off some the Cool 'n' Unusual birds which had multiple tail and crest parts to assemble as an 'one-click' pre-saved character will be appreciated.

Okay, enough chatting... the clock is ticking and I have some Herculean tasks to achieve before I hit my deadline (next Friday)... (whip crack)
Last edited: Apr 15, 2018

CV-BEE
Contributing Artist
As much as I'm hanging out for an emu to go with my other aussie critters I really want the peafowl!

CV-BEE
Me too Rae, as I remember some beauties I saw many years ago at an open air aviary at the San Diego Zoo.

HW3D Exclusive Artist
I only want digital ones... we had a dozen real ones in the yard today... Elsa, our cockatoo was not pleased and let us know by shrieking all morning

CV-BEE
OUCH, get the earplugs! 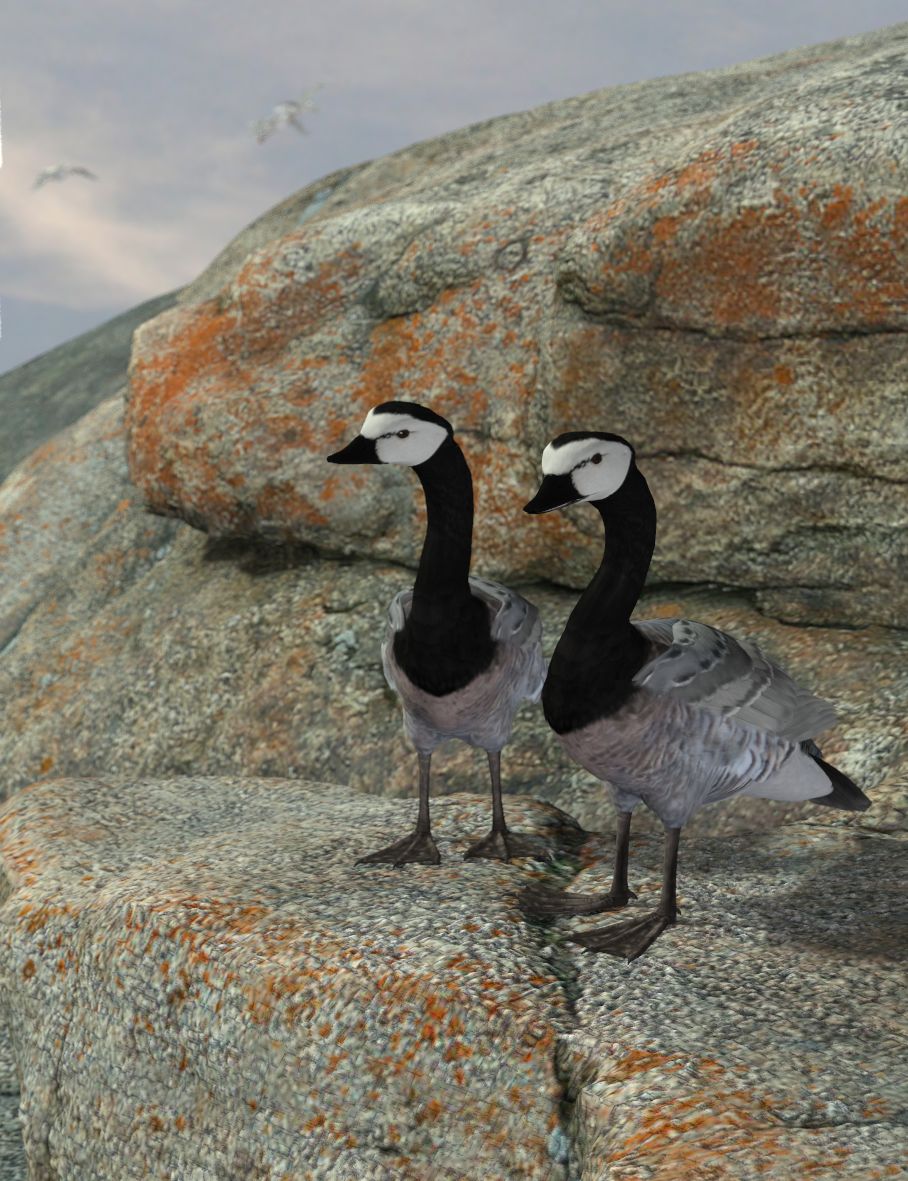 Snow Geese and "Blue" Snow Geese in Firefly. I don't know why they're called blue when the coloring are actually brown-- maybe the bluish shadows from their winter environment tints them. 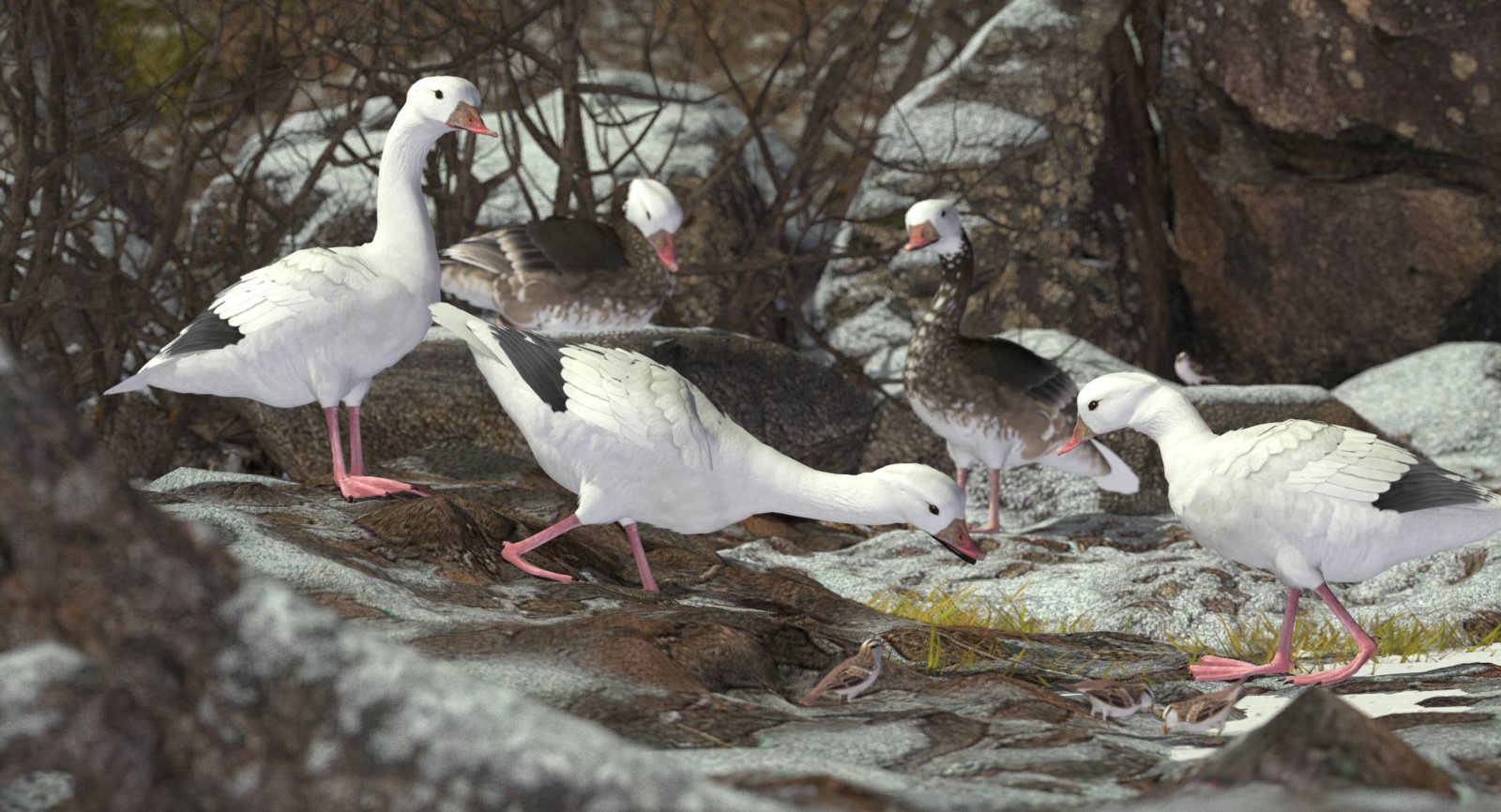 Swan Geese in Iray (yes, the males have the knobs on the head) 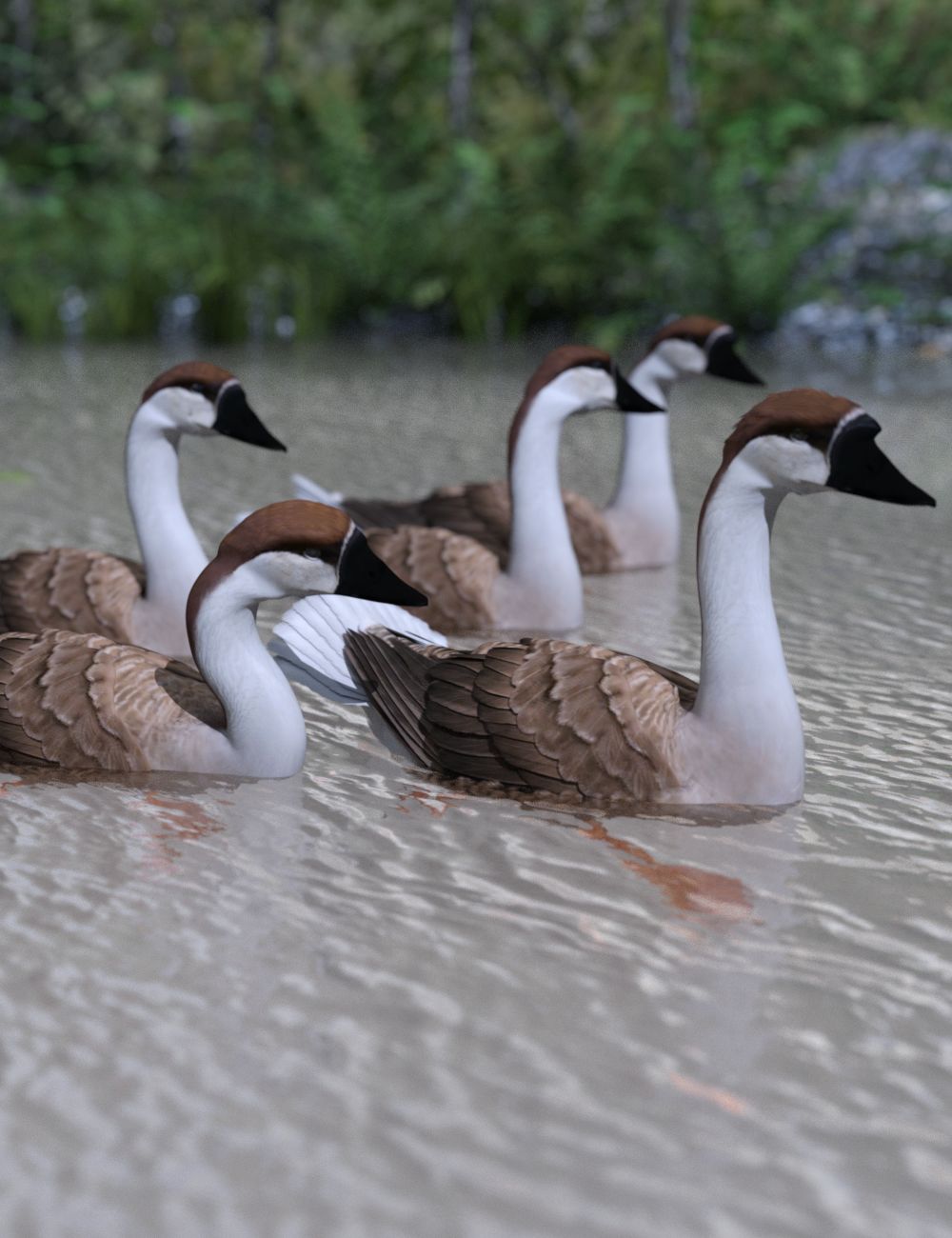 Great looking birds and you have presented them in excellent setting and renders.

US Fish and Wildlife sued for not protecting CNMI songbird

CV-BEE
Contributing Artist
Sad it has to come to suing federal agencies to force them to protect endangered and critical species.

As if we can survive once all wildlife has disappeared from the planet.

Satira Capriccio said:
Sad it has to come to suing federal agencies to force them to protect endangered and critical species. As if we can survive once all wildlife has disappeared from the planet.
Click to expand...

"Humankind has not woven the web of life. We are but one thread within it. Whatever we do to the web, we do to ourselves. All things are bound together. All things connect."
-attributed to Chief Seattle (but actually by a 1970's screenwriter)

Here's Kiwis in an Iray render..

HW3D Exclusive Artist
Huge news... as many of you know, my annual Audubon's Birthday Charity Sale benefits a specific bird, the endangered Tri-colored Blackbird, endemic to California. My Audubon sale has saved over 30,000 Tri-colored Blackbird chicks (by purchasing the crops they were nesting in and delaying the harvest until after they fledged).

For years, Audubon California and others have fought to get government officials to look at the science and protect this unique species. Today, it finally happened... thank-you California Fish and Wildlife Commission!

Tricolored Blackbird gets new protections in fight to stave off extinction

The fight to save this unique species isn't over yet, despite its new found protections, so I'll continue to donate to and champion this and other bird species in peril.

HW3D Exclusive Artist
Since I've shared this on Songbird ReMix Facebook, I might as well hare it here too.

Here's a sneak peak at the new Songbird ReMix folder system being unveiled next week...

I really like how folders are organized in DAZ Studio-- all the stuff is in one place. There's no hunting down the character, then going to the "Material" library and trying to remember what the folder name for the material you want is, then paging back to the "Pose" library and hunting again as Poser does. So when I discovered out that I could put everything in one folder (in the "Figure" library) in Poser like DAZ Studio did a few years ago, I decided that when I did do the Songbird ReMix update, that's how it was going to be.

For Poser users, it will be a little jarring at first-- muscle memory still makes me click the Pose library after loading a Character, but once you get used to it, I guarantee you'll love it.

HW Honey Bear
Boy howdy. A year or so ago I spent several weeks re-orging my library folders for all my old Poser content. No more hunting through different libraries to find the included props or 3rd-party texture add-ons. Everything into subfolders for the *main product*. Life is much easier.

Real Soon Now I'm going to have to re-org the Studio content as well. It's nowhere near as bad as the Poser content, but it still tends to scatter things between environments and Props. Plus, apart from vendor folders, once you get *everything* dumped in an Environment folder, as your collection grows some additional categories are called for.

CV-BEE
Contributing Artist
YAY! I'm not going to find it jarring at all, but will be one happy little camper that I will be able to save some time installing new Gilliland products.

While I don't have my entire runtimes switched over to that organization scheme, I've been moving toward that for years now. HiveWire Animals and Songbird ReMix are organized that way. Reorganizing older stuff has been hit and miss because it's time consuming.

I may end up redoing my Songbird ReMix folders to match how you're doing it. It all depends on whether your system or my system is easier on me. That muscle memory and all :wink: And of course, some years ago, I decided to name each product based on the numbering system you used.

HW3D Exclusive Artist
@Satira ... I will be eventually redoing the entire Songbird ReMix library in this format, so it's better to keep the older versions apart from the updated ones. That is one reason that the new Songbird ReMix Poser libraries falls under the "Animals" folder (to separate them from the older "Songbird ReMix" folder will you'll be slowly deleting as updated sets appear).

For as DAZ Studio, it's much easier since there hasn't been a native Songbird ReMix version since Studio v3.1 (when Studio v4 was introduced, it broke all the old native DS files so I moved the DAZ version to a side-by-side format on the Poser Runtime, which they couldn't break).

@JOdel ... Yes I have the same issue with "Props" and "Environments"... I've placed my "Nature's Wonders" habitats in "Environments" because that's what they are. I also moved things like Stonemason's "Fern Lake" (which is great for my Waterfowl series btw) from Props to Environments for the same reasons.

HW3D Exclusive Artist
I just love this... check out the moves of American Woodcock...