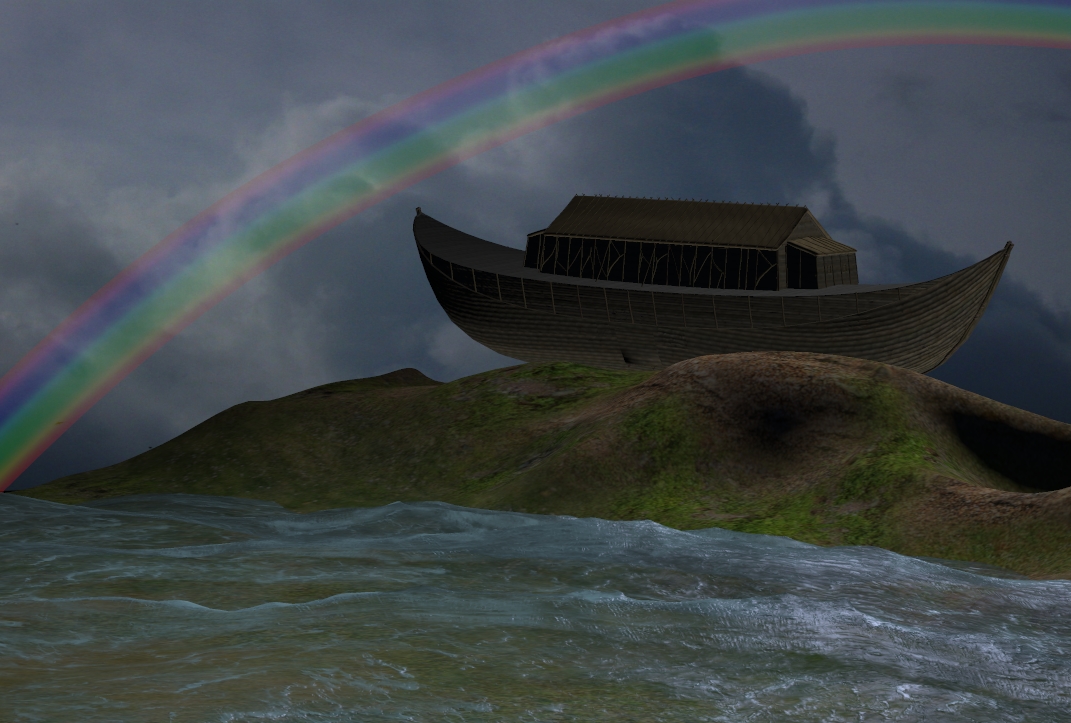 Good morning! I hope everyone had an enjoyable weekend.

Going to go through all the links to make sure I have everything. I always seem to find some little item that I missed. 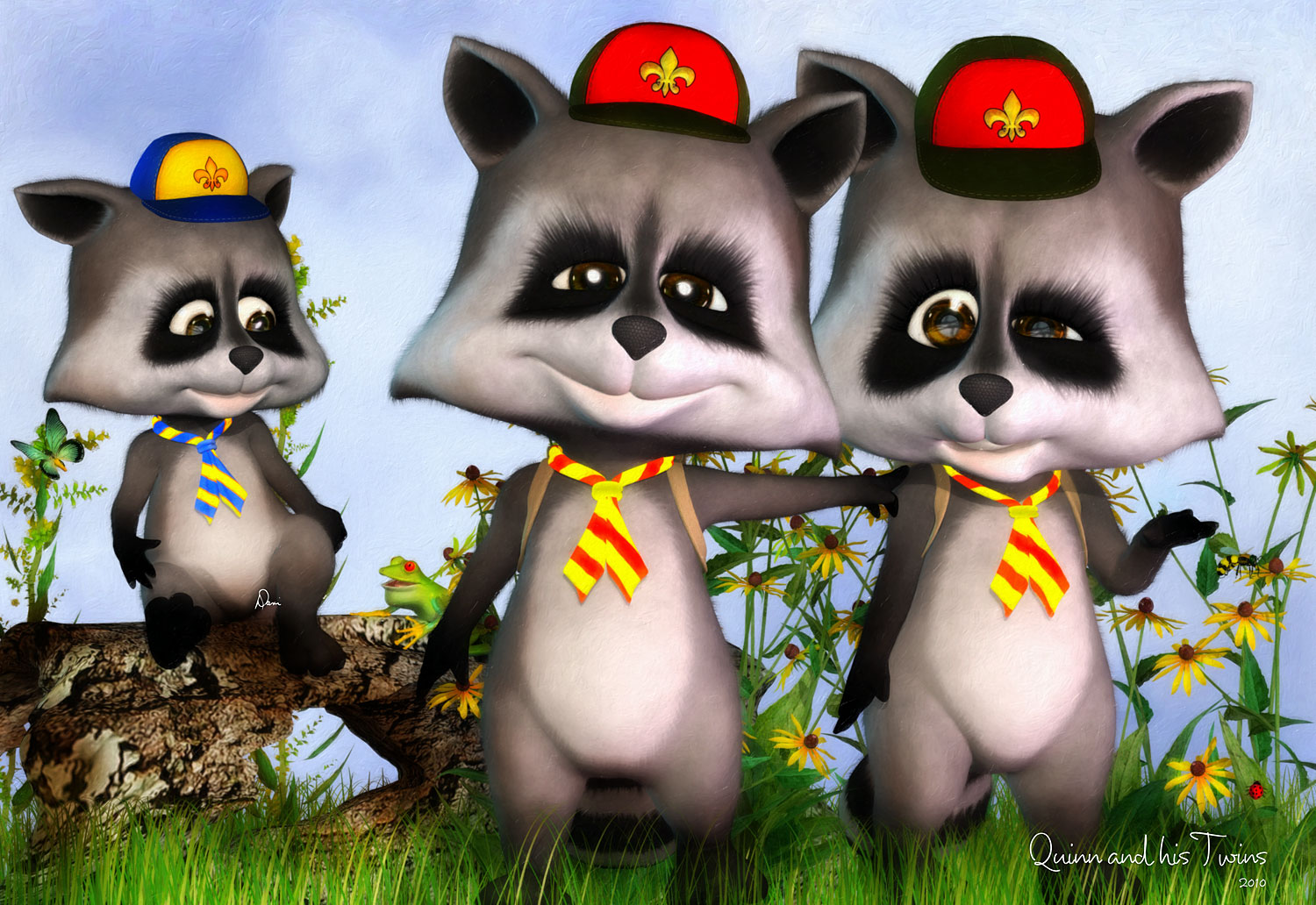 one of my boys...this time as Raccoon Scouts. *smile* 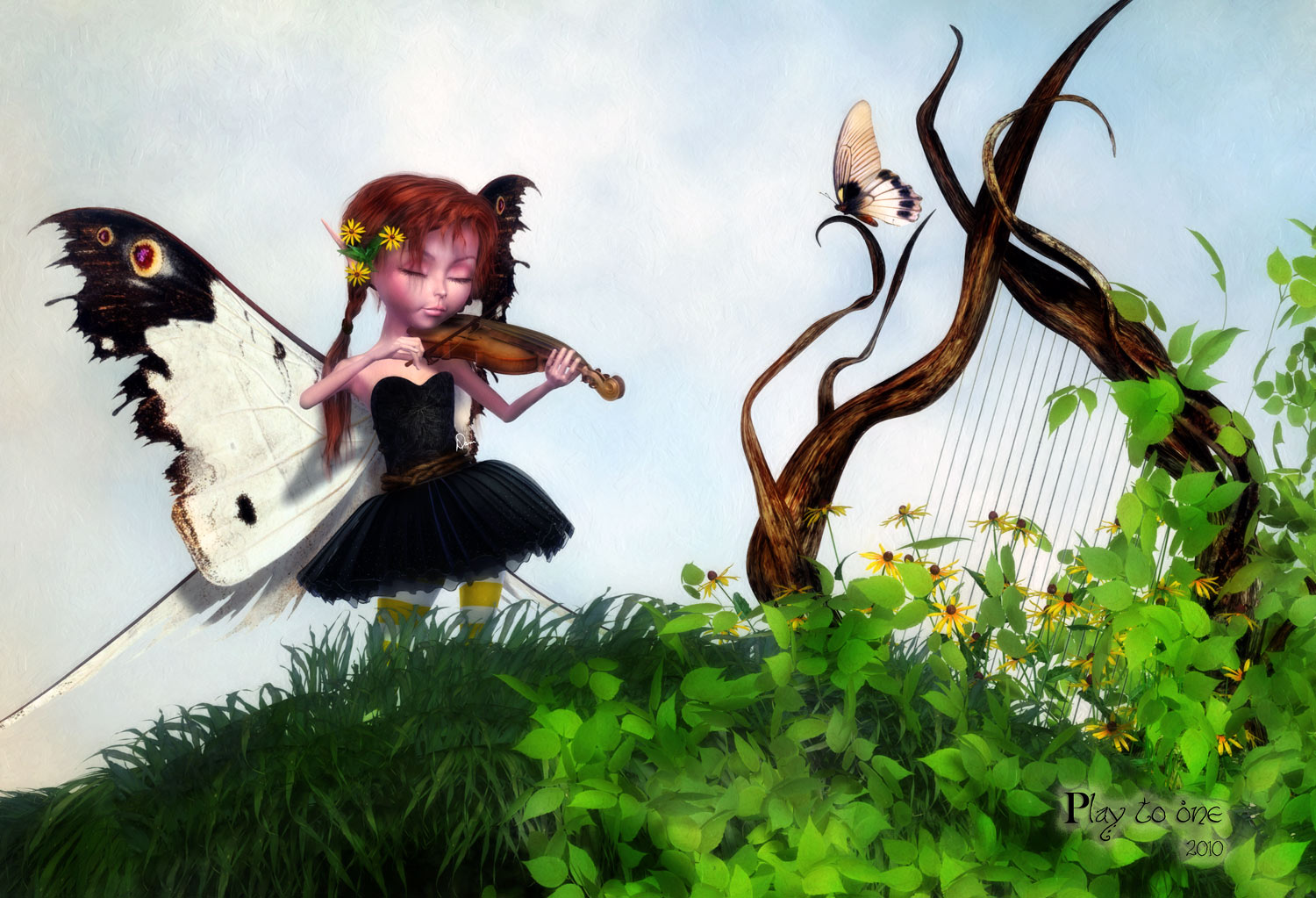 Hi Dani Good to see you back We've added a ga-zillion freebie download links since you were here last...haha....so pace yourself, okay

I'm relieved to hopefully have solved my Windows 10 update issues, so I could feel free to render and play again. Hard to get in the playing spirit of things when you wonder if your drive will be kaput in a week. So hopefully that's solved now.

Again, glad to see you back Dani, and hope you're feeling better soon!

Lovely renders to wake up to Dani and Sky.

Hey Linda I'm plowing through how to get Houdini to recognize the Apprentice license. I figured out how to generate one manually, but one of the final steps is failing because of permissions on a file...and so now I'm digging around for that file. Some rather intense thinking for so early in the morning...I'm usually not a morning person...haha....especially when I can't have coffee

I'd die without my coffee! I;m not supposed to drink it either but told my dr I couldn't give it up. So drink less of it. 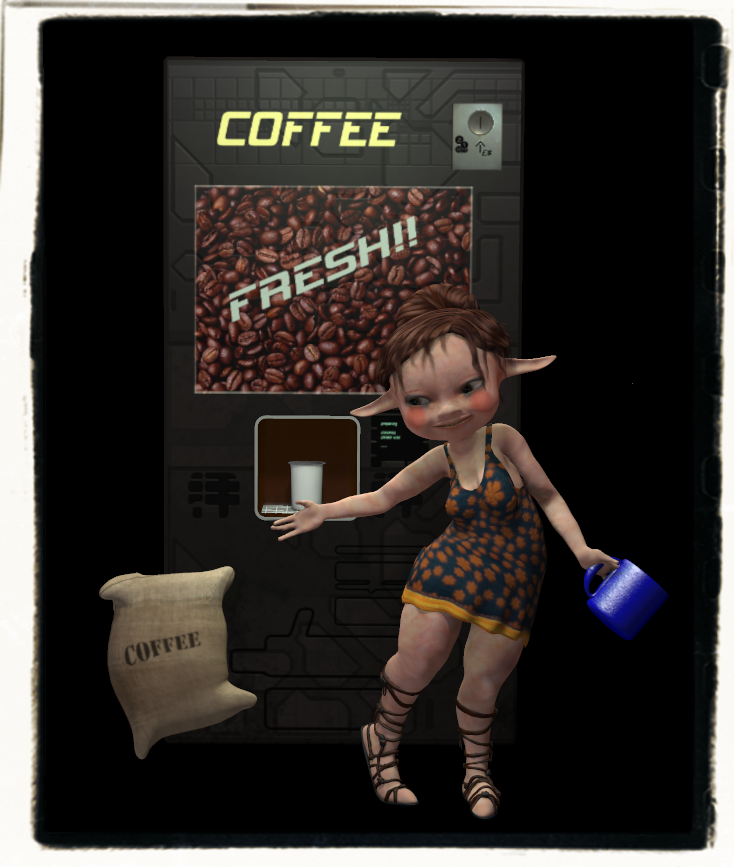 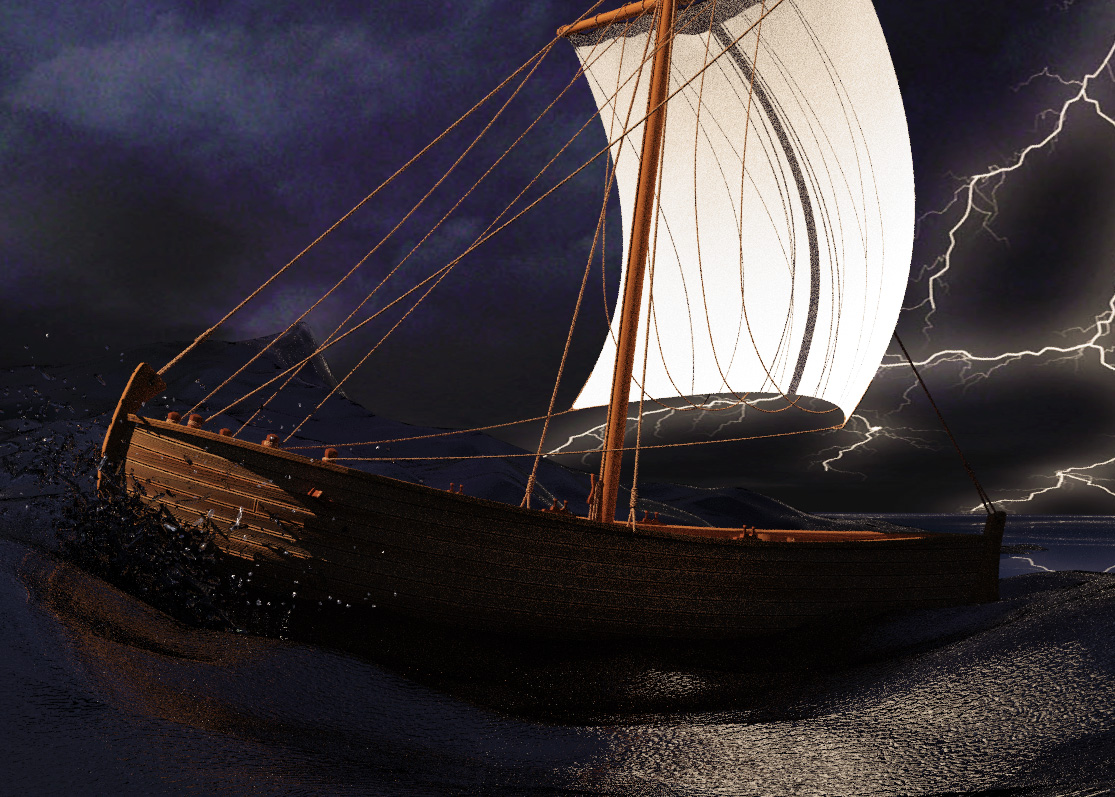 Playing around with the boat, water and Flink's Water FX splashes...I can't get the foam and water to match up together so the foam lays on top. Just a play render to try to get something that looks halfway decent. Got some stuff to do this morning. Be back later I hope.

I thought I would too...for years I always looked forward to my morning coffee. But had to give up a lot of my favorite stuff....so I keep my mind on other things, and enjoy playing in 3D.

Well, I couldn't conquer the license issue in Houdini Apprentice 15.5, but I got the newest version of Houdini Apprentice 17.5 to install, and so far it's functioning....yesss!! Whereas other 3D programs normally require FX plug-ins at an additional expense, even the learning version of Houdini has the FX effects included...free. That means you can do water, smoke and fire, cloth and hair, and other particle functions in the free version. Rendering size is limited to 1280 x 720, and is for non-commercial use. Images and movies have a watermark. It will import .obj and FBX formats....here's a screen capture of Forester's clay lamp, imported into Houdini. 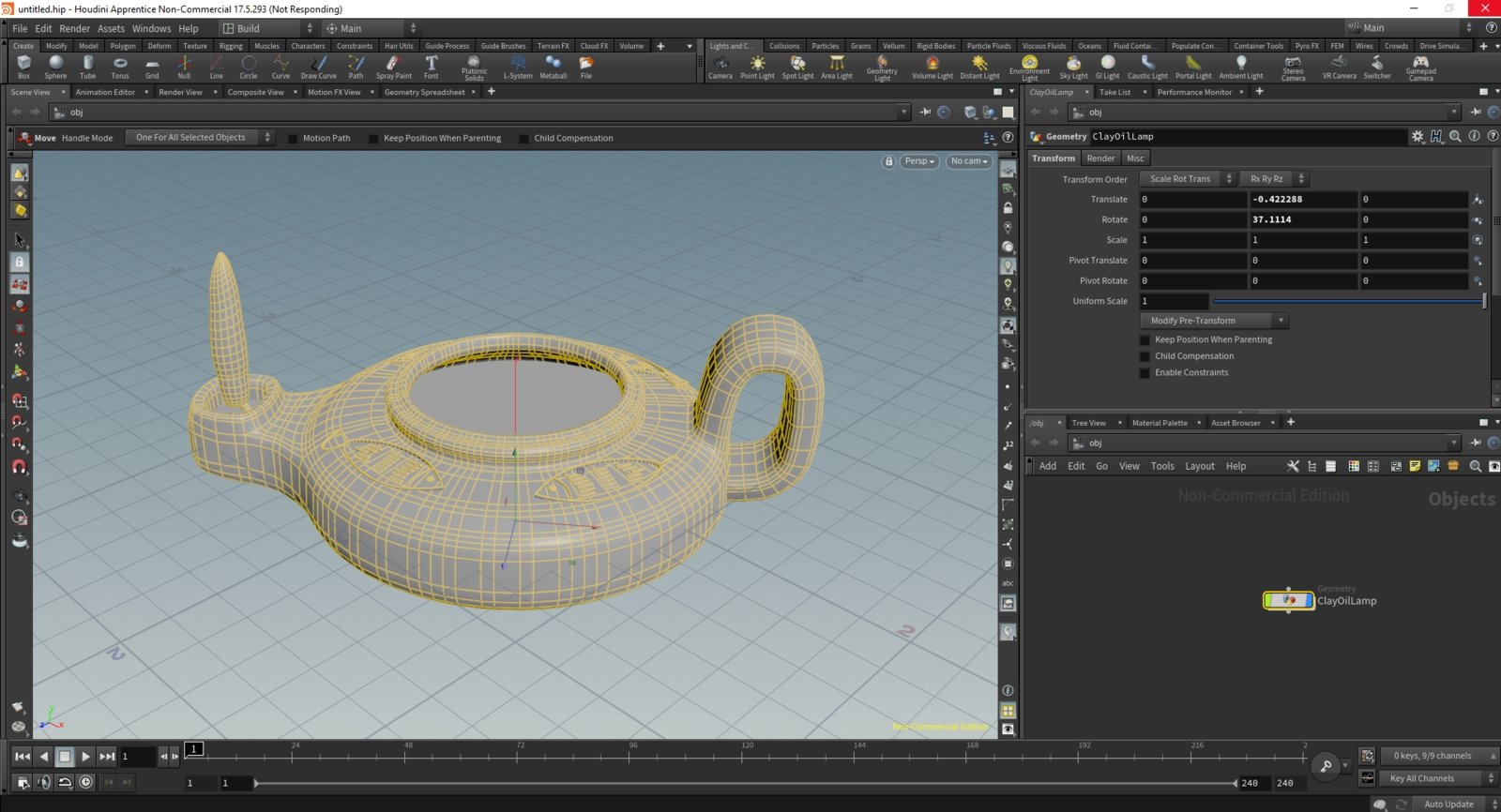 Hey Dani....that boat is coming along...I like the dramatic feel of it, with a little lightning going on. I can tell you, water is a challenge, if not dealing with something like Flinks Water 2 where the shaders are pretty much preset, or at least straightforward. I started trying crazy stuff, anything to get the scene to darken down...like when I chose one of construct dark skies for the background, I also zapped it into the ground plane, under the water...then things began to darken down and become compatible with each other. Ideally if there is a water depth layer under the reflective top layer of water (the part that is seen), it works better....and I think that's what I was sort of simulating by choosing a dark mat for the construct. And then I chose I think it was called mist in the water shaders to simulate the foam....that's how I got this render below....but I like your dramatic, in your face, feel of your render better, you have much better control of your lighting (but then I knew you would). Mine below looks more like a painting...it's okay....but what I originally wanted was where you are headed. All I can say about the water/foam thing is....keep on playing with it....that's all I was doing. I really, really like the light and shadows on the boat, and goodness knows how you got the sail to have the bright appearance. Below the render, I've got a screen capture of what the lights looked like in the render below.

I look forward to seeing what you end up with, after you've "played' with it awhile 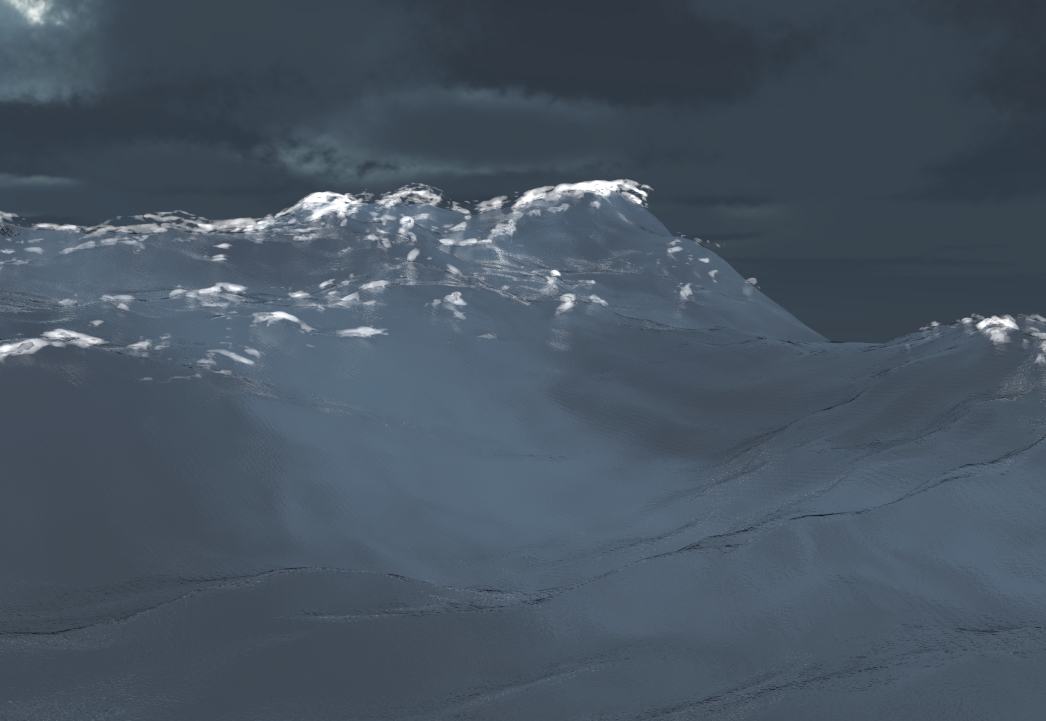 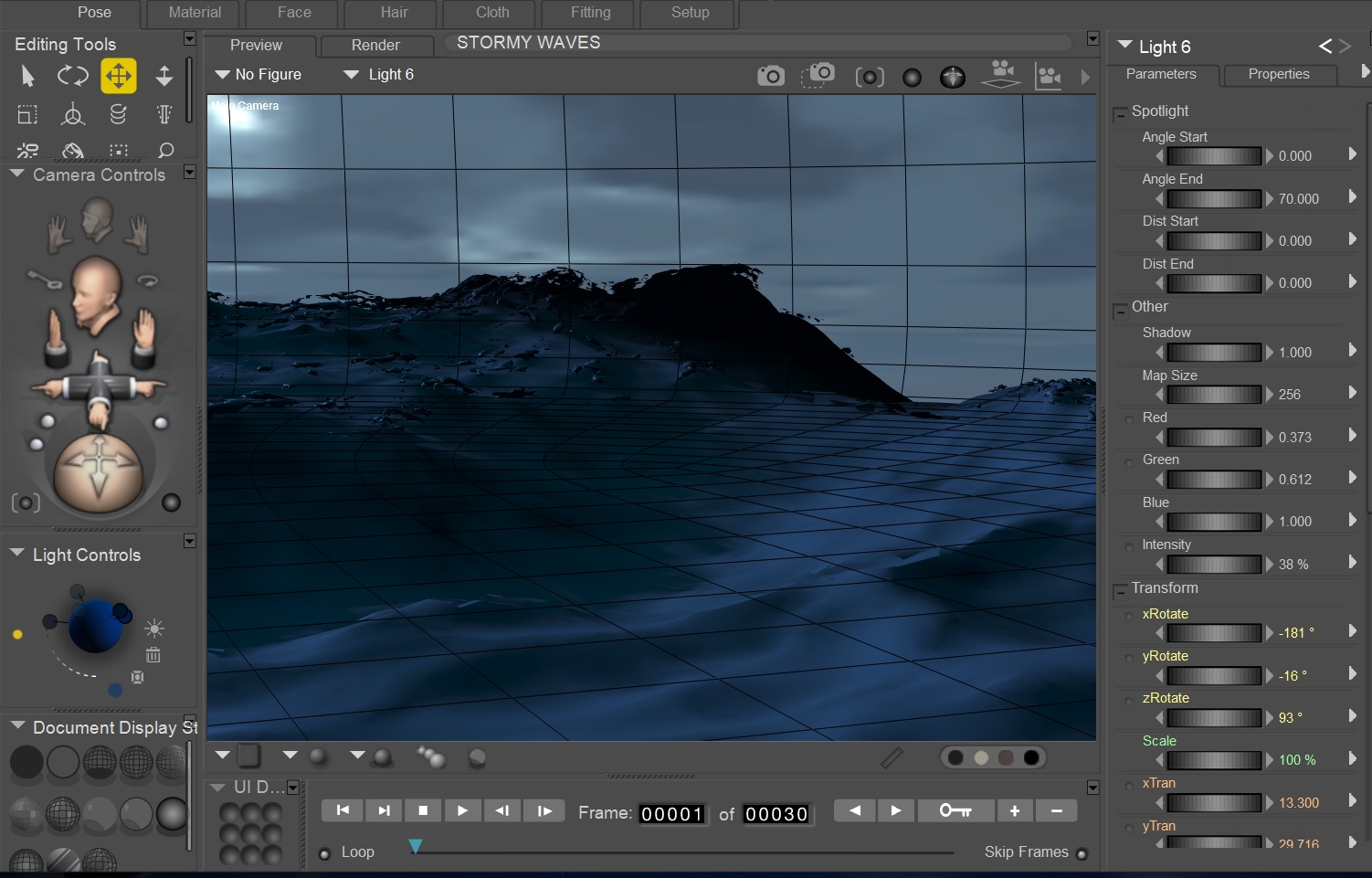 Linda...I did my best thinking over a morning cup of coffee, well, actually it was two cups. The first one was to get me awake....the second cup was my thinking cup....haha.

What a challenge, learning to think without coffee....haha. No wonder I tend to keep working, once I get going....it takes me so long now to "get going"....haha.

Houdini looks like a whole lot more than a modeling program.

Yeah Linda...the modeling was covering the basics....now we're getting into the goodies

...and if you're hungry to learn more, there are a ga-zillion Houdini tutorials on YouTube.

Time for lunch....and a power nap