Ken1171 said:
But isn't the construct a dome? And it already comes with its own closed floor. In addition, Poser 11 already ships with a "dome" primitive for FF rendering as well, so why do we need another one?
Click to expand...

OK, then I'm doing something wrong, because each time I've tried the Construct and rendered, I can see faint horizontal and vertical lines on the floor and background, that gave it a "blocky" look, rather than the solid white I was hoping for.

Contributing Artist
Hmm, there is something funky there. The construct is subdivided twice during renders, so it's very high-res. I just did a quick test using only the dome as a 30% white emitter, and the ground just plain white. I have used the "GPU High Quality" preset in Superfly, and has worked as expected. No lines showing up. I have reduced pixel samples all the way down to only 10, and it gets grainy, but still no lines.

I used to have issues with lines in the past, but only with Firefly, and those were caused by wrong params on the ambient occlusion settings. The lines would show because the AO bias size was big, to the point where FF was placing shadows at the wrong places, which caused the lines to appear. Adjusting the AO bias tolerance would fix this, and it was tricky because it depended on the background mesh density. But SF doesn't have such issues because it's not a biased renderer. I wonder why that happens in your renders.

CV-BEE
Ohhh, OK, going to make notes and try again. Thanks for the info Ken.

Edited to Add: Hmmmm, I wonder if my not having a GPU is the issue, that a CPU render is causing it, but I'll definitely be playing with it some more.

I find the Construct unreliable to work with. I just can't seem to get lights to behave like I expect them to using the Construct.

I've been playing with EZDome the last 24 hours and find it to give me what I expect light to do.

I have no idea why, I'm not a technical user when it comes to lights, but I do get what I expect to see using EZDome and can add lights as needed.

This is the Cheap and Cheerful apartment from Hivewire in Superfly using EZDome and 1 spot light (which was constructed for Firefly, not Superfly). Just a quick learning/testing render, but the lights behaved as I expected them to. Next, I want to turn the lamp bulbs into mesh lights and have a play. Currently those lights are just the ambient turned way up. 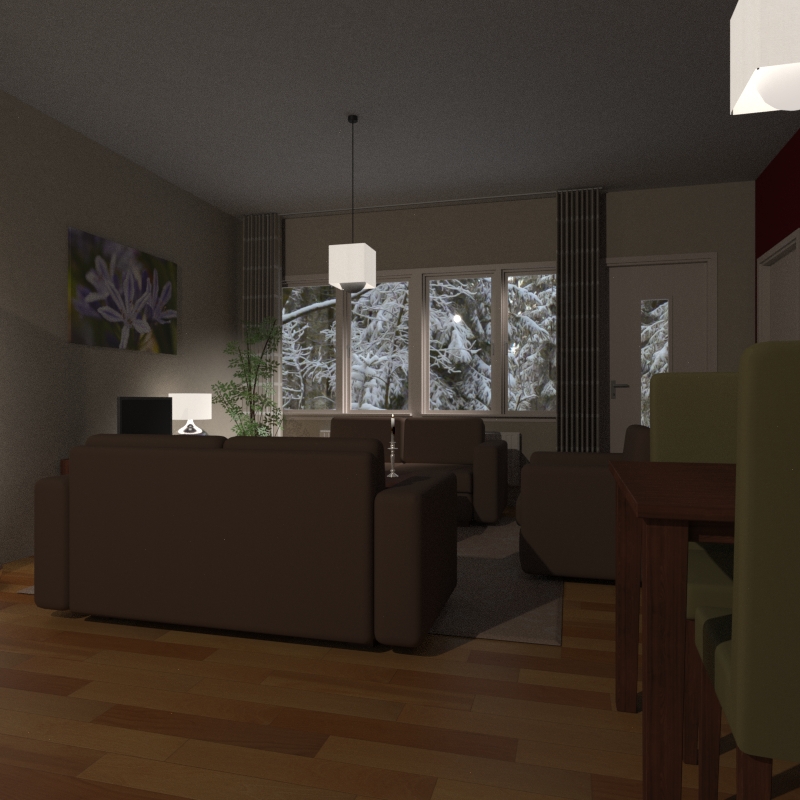 Contributing Artist
Whoohoo! This is a final candidate for CatsEyes for Sora, Poser version. Rendered in Poser with Superfly using the "construct" to produce some global illumination. Surprisingly, the render needed way less samples per pixel to complete. It needs like 40 SPs without the construct, and then only 15 with to clear the noise. 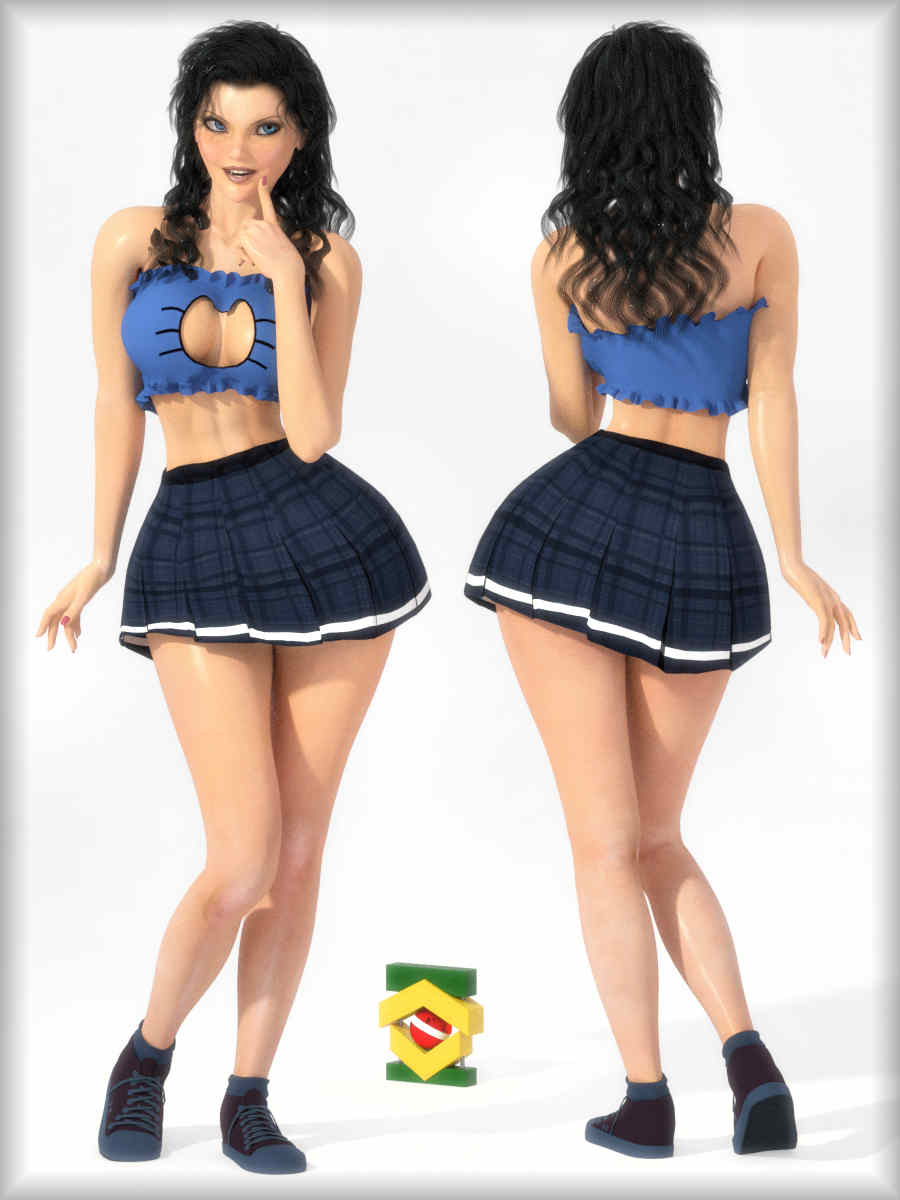 You know because of this, I've downloaded EnvSphere, but haven't actually used it all. I think it's big advantage might be that it does a good job at dealing with the area at the horizon, that can sometimes look funky with the construct.
I've actually had pretty good luck with the construct. Here's a trick I've learned that works great for outdoor scenes where I don't want to use a massive environment. I use as my light the IBL from Terradome2 (probably other IBLs would work as well, I'm just don't fully understand them so I go with what is easy). Then I load one of my Terradome2 skydome materials on to the IBL and the 'Background' of the construct. And then I add some sort of ground cover to the base. This has worked pretty well for me.

I really need to finish my staff poses they were done just need testing but I got sidetracked. 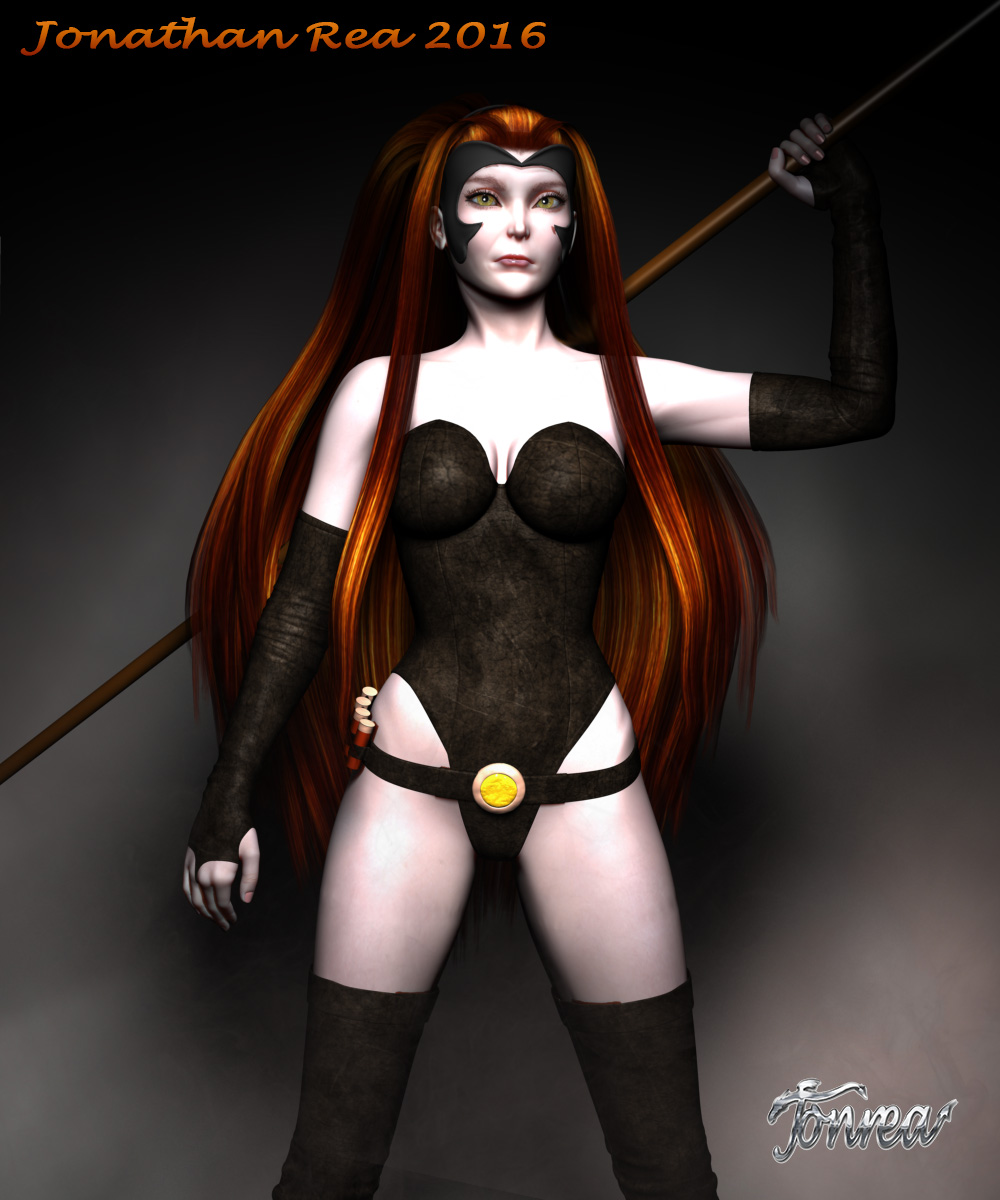 Contributing Artist
Thanks, NA! Here's the other top. This is Sora + Stylized body + CatsEyes face and textures + my Totoro top + my jeans (still no textures). This is using EZDome with Superfly, and it works just like HDRI in Octane, pretty easy to use. Here again, using a dome cuts down rendering time considerably with Cycles, probably because we are giving ray-casting something to bounce at. The only things missing is a shadow catcher now. 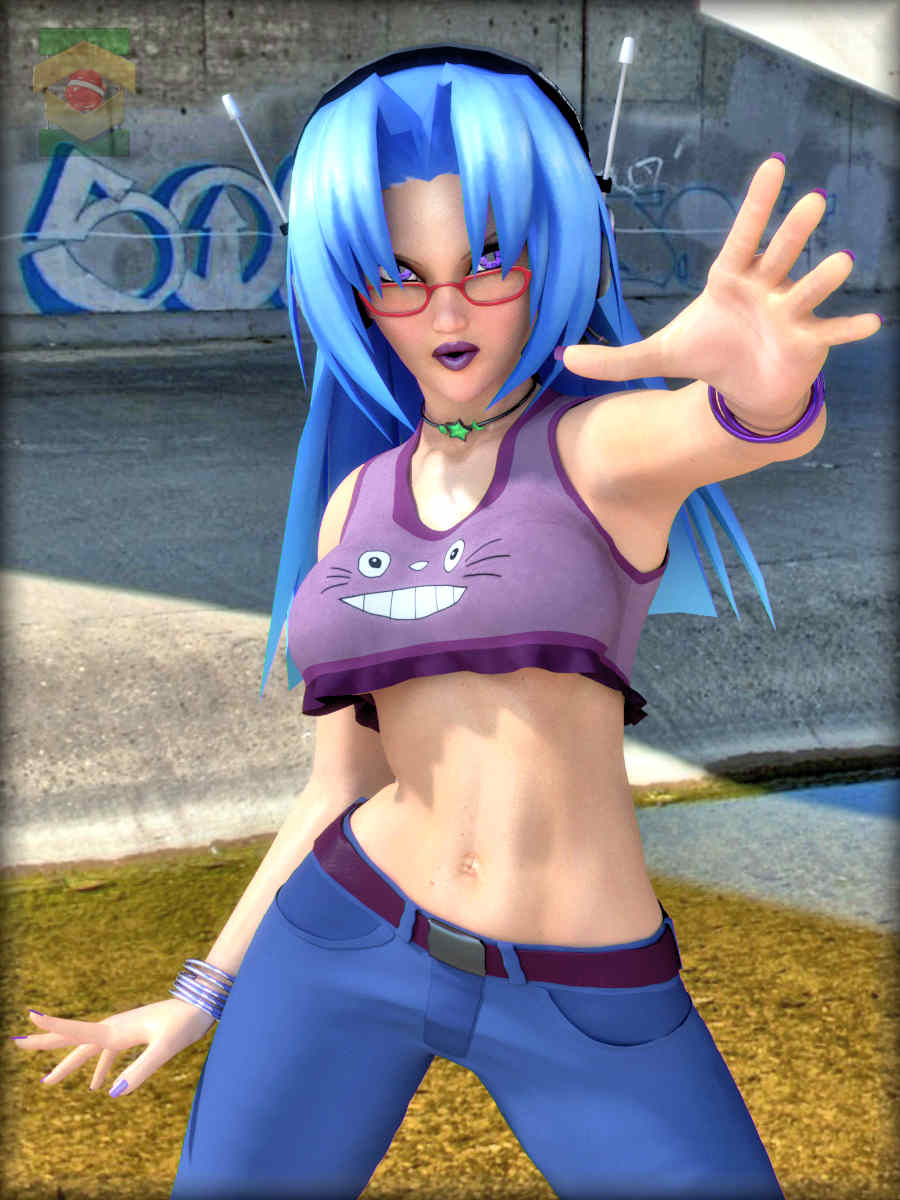 Contributing Artist
Thanks, Pen. The jeans will look better textured. ^^

Contributing Artist
Nice Ken, but I love the first one better!! I have to ask what hair is that?

Contributing Artist
Thanks for the feedback, NA. The previous one used Poser's default construct, while this one used EZ-Dome, which I think it's more versatile. I have to play more with it, but the lack of a shadow catcher limits a lot what we can do with it. The hair is an ultra-low poly hair I converted from Metasequoia by the times of Poser 5. I have been digging for these older ones since I've lost a big collection of Anime hair in that HDD crash in 2013.
Last edited: Nov 26, 2016

Contributing Artist
Learning from previous experiences, I made these pants more detailed than before. ^^

Ken1171 said:
Whoohoo! This is a final candidate for CatsEyes for Sora, Poser version. Rendered in Poser with Superfly using the "construct" to produce some global illumination. Surprisingly, the render needed way less samples per pixel to complete. It needs like 40 SPs without the construct, and then only 15 with to clear the noise.

Wow! You do amazing work.

Ken1171 said:
Whoohoo! This is a final candidate for CatsEyes for Sora, Poser version. Rendered in Poser with Superfly using the "construct" to produce some global illumination. Surprisingly, the render needed way less samples per pixel to complete. It needs like 40 SPs without the construct, and then only 15 with to clear the noise.
Click to expand...

OK, I've finally got the Construct rendering with no lines, but I'm curious as to what type of light(s) you used in this render, as I can't for the life of me get shadows under Dawns feet, even though I have Shadows selected for any light I've tried adding to the scene.

I really need to finish my staff poses they were done just need testing but I got sidetracked.