HW3D Exclusive Artist
Another Iray image this time with the Leopard Tortoise, a Common Wall Lizard and the Sagebrush Habitat 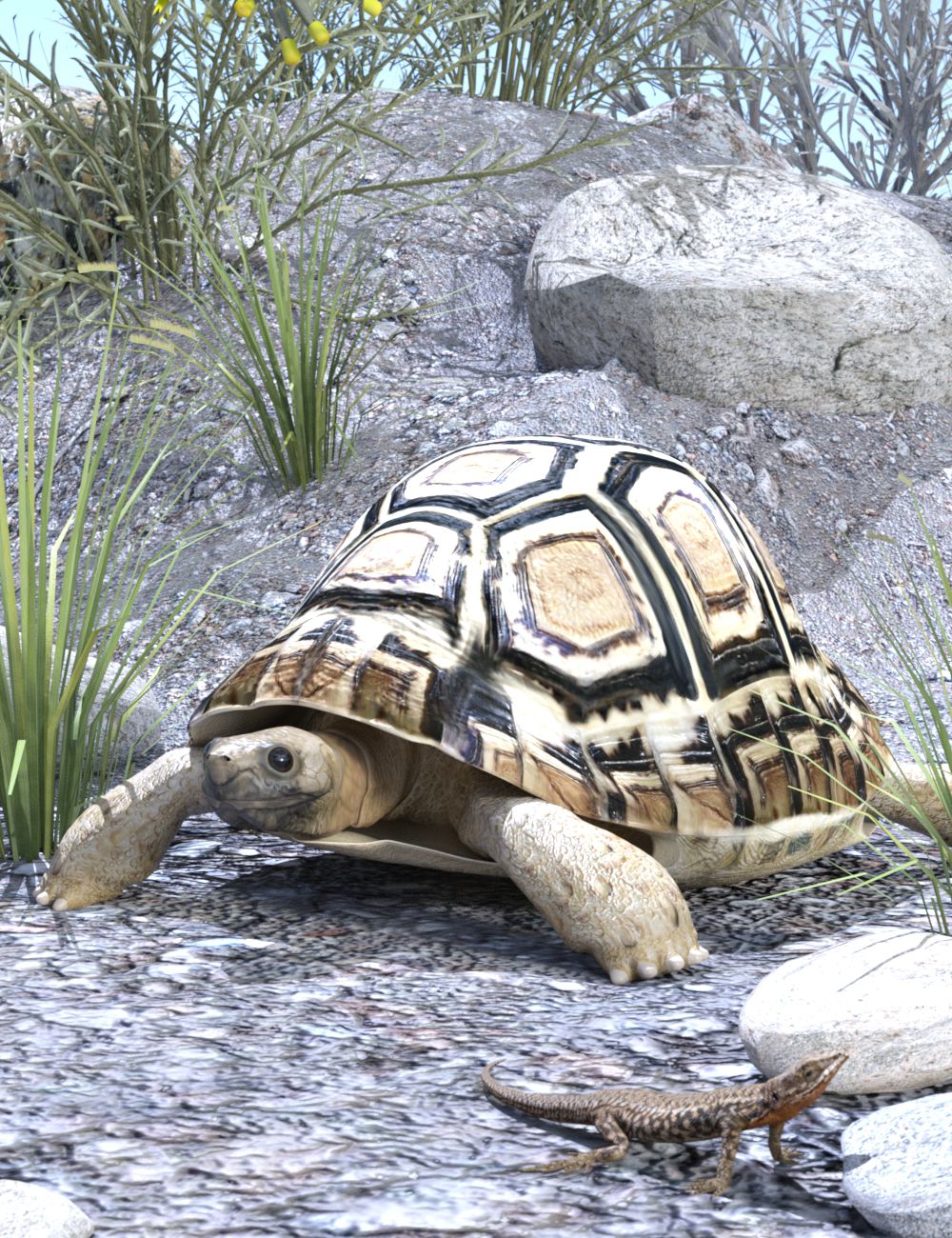 Staff member
Co-Founder
That's so cool Ken. Just look at everything in that scene. It's all your stuff right?

Just need some of your ants in there, and maybe a butterfly or damselfly, and a bird hiding in the grasses.

Chris said:
That's so cool Ken. Just look at everything in that scene. It's all your stuff right?

Just need some of your ants in there, and maybe a butterfly or damselfly, and a bird hiding in the grasses.
Click to expand...

Thank-you, Chris... Yes, everything in the image is mine. I considered adding a bird or the ants but felt the image might start to get too busy.

I will say I'm particularly happy with the performance of the model's skin-folding around the neck/trunk of the body. In this particular render, it exceeded my expectations and even led to me questioning myself-- "How did I do that?" lol

For those of you who end up getting these sets, part of the trick is use and turn-down the neck recede/extend control to about half, and to turn on the "Turtle Neck" morph to "1".

I should add that a big thanks does go out to Chris who suggested doing "Turtles" as one of my next projects
Last edited: Sep 9, 2018

CV-BEE
Oh, and we're very happy you have.

I see a couple of crazy amazing product submissions have been made today.

HW3D Exclusive Artist
Thank-you, Chris... I'm not sure I'm quite the 3D MacGyver, but I'm humbled that someone of your considerable talents would think so.

Here's another Iray remember, this time with the Saguaro habitat, the Desert Tortoise, some Burrowing Owls and a barely visible Side-blotched Lizard. 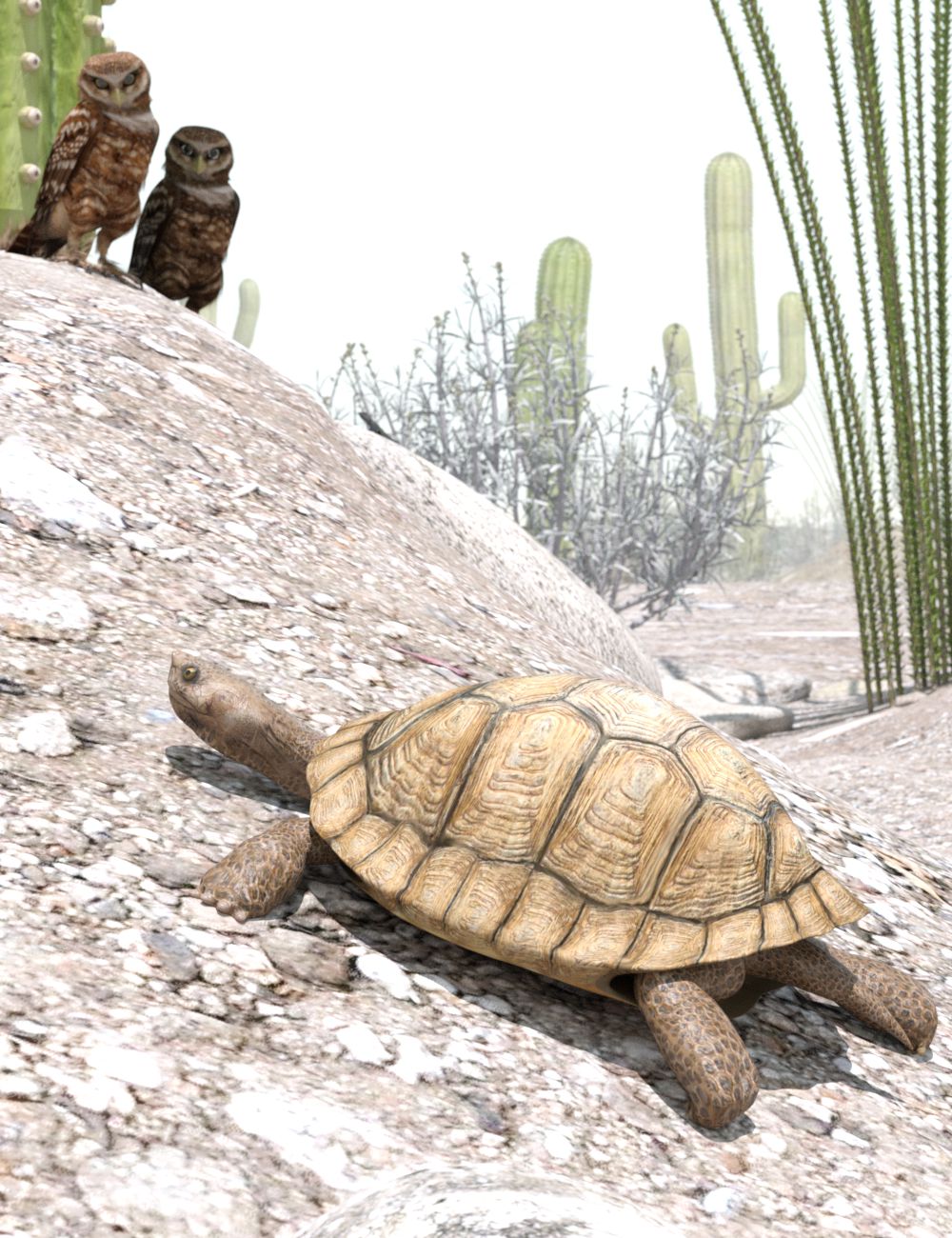 I think I'd miss the lizard if you hadn't mentioned it.

HW3D Exclusive Artist
You should know... you can't rush a turtle (but they are moving towards the store)

Ken Gilliland said:
You should know... you can't rush a turtle (but they are moving towards the store)
Click to expand...

HW Honey Bear
Yes indeed. And I downloaded both versions. Just in case.

JOdel said:
Yes indeed. And I downloaded both versions. Just in case.
Click to expand...

Thanks everyone... I use both Poser and DAZ Studio... I generally work in Firefly but the Iray version of the products does some pretty impressive renders.

I should state again, so there's no confusion, this release is set-up exactly like my other Nature's Wonders critter sets. The "Turtles" product is base set (includes the model, the red-eared sliders and all the poses) and the add-on volume, "Turtles of the World v1: Tortoises" has 7 tortoises for the base set (yes, you need the base set).

I do have plans for two additional volumes, "v2: Turtles of New World" and "v3: Turtles of the Old World".I'll probably start those in a month or so... right now I'm working on some SBRM updates (Penguins, Toucans, Turkey and Hummingbirds). I'm finishing up the rebuilt Turkey cr2 now. It's pretty cool, the male add-on parts are now included in the base model (as well as other enhancements), and of course, all the controls have been moved to the BODY section. It's a lot of work--but much easier to use.

FYI Ken, There’s an error in the description of turtles of the world..

It links correctly to turtles but says requires Dawn ...