Desertsilver said:
I have been painting all of my life, and really, the whole concept of calling working on a digital image postwork seems so strange to me...I always see something that wants to be tweeked or moved or brightened up or have it's edges softened...
Click to expand...

Bingo. Exactly. While I have not been painting and drawing my whole life (though not for a want of effort, believe me), I do feel the same way with these artworks. I usually refer to it as post-processing, actually. I only go back to the use of the word "postwork" for stuff like promo art, because that's what most folks in 3D call it.

I take the raw render right into Corel and-or Gimp when I'm done with it. It gets worked over a bit in those programs. Sometimes I might only do little things to it; other times it needs much heavier edits to get it where I want it. Either way, it's post-processing because, to me, its the second half the process AFTER getting the 3D part done.

ALL of my artwork imagery is post-processed to some degree. Even if it's only a slight sharpening or color correction/gamma correction and a frame. They are all worked over at least a little bit after the render engine spits them out. I treat my renders like a rough clay form; I have the basic form of it, and I need to shape up the rest of it in post. It's artwork. Even professional photography is edited before it's released to the public, so I just do not subscribe to the mentality that deems postwork/post-processing to be some evil cheat. It's not a cheat. It's another part of our toolbox that we use to achieve our art with.


Satira Capriccio said:
In the case of a clothing product, do you all consider postwork on the scene behind the clothing taboo in promos? Such as changing the background so that it looks more like an illustration rather than a render, while leaving the figure and clothing untouched?
Click to expand...

Satira, I think that's fine. If it were my promo, I would probably put a little bit of text in the lower corner somewhere to note "postworked background only - figure and clothes are raw render" just in case some folks (and we all know they're out there!) can't figure out that the background is postworked and make the wrong assumption about the figure and clothing.

But I don't consider that promo to have anything wrong with it myself. The clothing and figure are raw render. And I think the background you put in there does a nice job of showing off the clothing models.

CV-BEE
Contributing Artist
Thanks all!

HW Honey Bear
Here are a couple of non-indexed pages of my ideas for/about post work:

wip6 (how I make hair for Luna, via post work)

wip7 (Before and after of my apple eating western tacked up Harry, with notes)

I really need to do up and index of these pages! They are on non-linked pages for now...

Thank you, by the way, for the welcomes- I appreciate it! When/if I use post work in my products (the only one so far other than composition and/or font is a product not out yet- and it's for flames in the render) I mark it in the body of the product page.

Contributing Artist
So, any simple (or not so simple) tricks people use at the render stage to make subsequent post-render work easier? For example:

That is handy, especially for DOF if you don't do it in the render. Tone changing (highlighting the foreground in a warm tone, background in a cold tone), etc. My postwork is generally brightness/contrast, overall tone correction, sometimes vibrancy and color balancing. Rarely do I have to do more than that, simply because a lot of the time my promos take days to figure out with lighting, exposure and other things you can do inside the program itself.

..though once in a while I'll miss poke through or say a hand dug into a body part or prop. But then I will go back and fix it and re-render it rather than postworking it out. Even if the render took 18 hours + to do. I would rather have the raw render if possible, maybe tweak the contrast and vibrancy if absolutely necessary and leave it at that.

Miss B said:
Oh, I wasn't referring to you, Llola, when I meant some folks are snobbish. There's a well known 3D site where the members are just that. If you don't use top-of-the-line software costing thousands of dollars, and do all your renders without postwork, you're just an amateur. I don't condone folks like that, and in no way did I include you, or anyone else here, in that group. Sorry if I gave that impression.
Click to expand...

I think I know which site that is.....waaaay back in the pré-historic ages - when I was a total noob I signed up at said site and uploaded an image into their galleries/forum saying it was made in Poser 7 with postwork in PainShopPro9 (which I still use to this day)
What do you think the respons was?

Depending on the site. If it's anything to do with Poser or Studio- you were told that it's a "click and render" thing, not true 3D and post work is a sign of incompetency?

CV-BEE
Contributing Artist
That ... you weren't an artist!

I do that too HaiGan. I render several mask layers ... depending how many props are in the scene. If there are foreground props, I'll also render those without anything else in the scene. I use the Poser groups a lot (Object / Create Grouping) and put my scenery props in those groups. That way, I just need to turn off visibility on the group, and everything in the group is hidden.

DarwinsMishap said:
Depending on the site. If it's anything to do with Poser or Studio- you were told that it's a "click and render" thing, not true 3D and post work is a sign of incompetency?
Click to expand...

It was "Barbie world for bored housewives" and I was shown an immaculated photo-realistic image of a kitchen and a race-car, rendered in autodesk 3DMax-blahdieblah-whatever.
So then I replied I had no use for software to render out an image of a room I could visit daily - being a bored housewife - or a car I could never financially afford. Why waiste artistic talent on that, that is, if they had any artistic talent.
Shouldn't have said that.

pommerlis said:
It was "Barbie world for bored housewives" and I was shown an immaculated photo-realistic image of a kitchen and a race-car, rendered in autodesk 3DMax-blahdieblah-whatever.
So then I replied I had no use for software to render out an image of a room I could visit daily - being a bored housewife - or a car I could never financially afford. Why waiste artistic talent on that, that is, if they had any artistic talent.
Shouldn't have said that.
Click to expand...

And the response was...

I really do admire autodesk 3DMax-blahdieblah-whatever that is so photo-realistic you think if you narrow your eyes just right, you can step into the kitchen or race-car or whatever. But ... I don't aspire to emulate a camera. Especially, as I'm not on any kind of a good relationship with cameras.

Contributing Artist
Don't get me wrong, I can admire a good copy of real-life props whether it's in paint, film or in a 3D render. And I might even consider it Art with a capital "A" but I can't stand this Rembrandt attitude.
I use postwork and sometimes I don't. Never in commercial promo's though.

Well, if you make art I don't care if you make it with postwork or even put paint on your monitor and take a picture of that. Art is expression. Express yourself with the tools you choose.

Contributing Artist
"Art
noun
The expression or application of human creative skill and imagination, typically in a visual form such as painting or sculpture, producing works to be appreciated primarily for their beauty or emotional power"
(Emphasis my own)

Technique is not art, although you could argue that great art is not possible without good technique (I'm sure examples exist to counter that, mind you). Or to put it another way:

(Feel free to borrow my graphic to illustrate your conversations elsewhere!)​
A super-realistic render with no postwork can be an amazing example of skill with the software without being art. Adding creativity to skill doesn't make a render not-art if that creativity is expressed using something other than the software used for the render. I don't think there's a body here who wouldn't agree with that anyway, though?

EDIT: Fantastic technique can be beautiful and artistic in its own right, I wouldn't say that was not so. I notice it most in fields such as hand-made pottery, where the skill and knowledge of the potter is vitally important because those are so intertwined with the final result and are needed to create a form and colouring that is beautiful to look at.

HaiGan said:
So, any simple (or not so simple) tricks people use at the render stage to make subsequent post-render work easier? For example:

oh and if you look at the bubbles more... you have illustrated the "right and left brain" with those terms!

That is definitely what I do, even if it's a "pain" to remove elements... I work so 'intuitively' - my process has a flow that is not necessarily 'orderly'... but I'm in the "zone" and have more ideas occur after the point I should have done them if that makes any sense?

I REALLY love your bubble illustrating our 3d world process!!!!!!!!!!!!! So many times in the early days, I used to feel "I was a fraud"... because I just "put things in a scene and rendered"... or that I was ONLY "collaborating" and that the creators of the CONTENT were the talented ones... (of course later I did make content too, LOL!) but anyway, I so agree with your perspective, HaiGan!

frogimus said:
Art is expression. Express yourself with the tools you choose.
Click to expand...

HW3D Exclusive Artist
Perfect illustration HaiGan- it is true for ANY form of art- from 3d, to painting and drawing, even to correctly riding/training a horse. One needs at least a certain amount of technical skill and def. creativity is a huge part of the equation. But if anything I would slant it more to the creative side. Kid's art is wonderfully and wildly creative and evocative, yet often has NO technical skill. A fantastic technically perfect render of lets just say a car for example leaves me impressed about the technical skills but doesn't engage my emotions much. 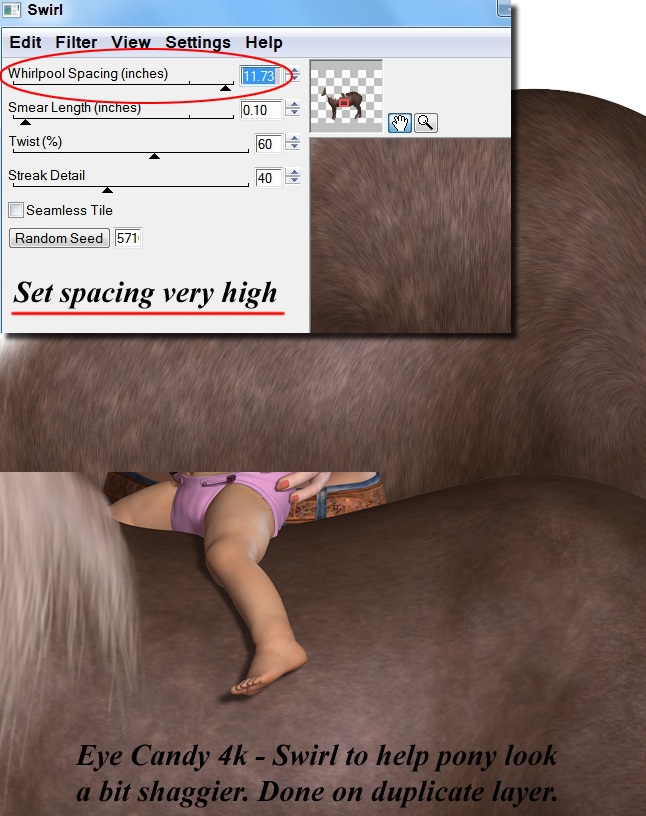