Zip and jaz were available as scsi or parallel (for ibm without scsi). Scsi chains were, in there time, considered superior to the IDE drives as an IDE chain was limited to 2 per controller where scsi was 7.
I still have and use Floppies (both 5.25 and 3.5 on some of my old machines) , Zip 100 and 250s, CDR/RW, DVDR/RW, and once upon a time I had a floptical drive on loan...

Yep, I had zip disks as well, until the cost of DVD dropped to a point that the zip disks were far more expensive in comparison.

KageRyu said:
Zip and jaz were available as scsi or parallel (for ibm without scsi). Scsi chains were, in there time, considered superior to the IDE drives as an IDE chain was limited to 2 per controller where scsi was 7.
I still have and use Floppies (both 5.25 and 3.5 on some of my old machines) , Zip 100 and 250s, CDR/RW, DVDR/RW, and once upon a time I had a floptical drive on loan...
Click to expand...

I had a Canon negative/slide scanner that was scsi interface, very expensive as I remember but I was well into my photography at the time. Although it was expensive it provided some first class results but long since passed into the outdated bucket.

Miss B said:
~ROFL~ I'm sure I still have my WordPerfect, and Lotus 123, for DOS somewhere.
Click to expand...

@ Miss B: A couple years ago I finally trashed my Paintshop Pro Version 1.o floppy - then owned by JASC. PSP is now about V13 or 14 - and owned by Corel - but like so many who use the year as part of the name now call it Paintshop Pro 2019. Who wants to by version 13 of software?

@Stezza: I always hated that little paperclip guy. He always seemed so condescending.

@JOdel: Thanks for the trip down memory lane. I put two ZIP drives out for a garage sale a few years ago. I put a price of $25 in front of them and the disks (probably a dozen or so, all erased and reformatted). A person came by and got excited about the drives. I had to show him the drives booted up and accepted the disks. He then asked if I would take $40 for both of them. "Umm... sure...OK." was my reply. Then he asked about the price of the disks. "How's $15 for all of them sound?" Must have sounded ok to him. And, yes, I intended to accept $25 USD for the lot, but he seemed happy with the deal. So, win-win. Who knows... he might have resold them for $150. Either that or I should have sold him my old lawnmower that leaked oil that I priced as "free to good home, not house trained".

As to USB drives: I carry a 64Gb USB thumb drive. I remember a claim from someone along the line saying, 32 MEG would be 'all the memory you would ever need.' That thumb drive usually stays about 85-90% full all the time. Which is why I also carry two (now old) 4 gig thumb drives. I know the risks, but I still employ the sneaker net a lot, particularly in my classrooms.

Now, for transferring and installing software in the classroom, a colleague carries two DVD drives. There's always someone who says, "I didn't have time to install the software before coming to class." (And, we refuse to pay the exorbitant network connection fee hotels charge.)

To add to the nostalgia: There was a colleague who had an 8 inch floppy disk. If someone asked him about an obsolete product or for some 'ancient data', he'd pull that disk out of his desk drawer saying something like "You might find that info on this disk" or "I'm sure it's on this disk somewhere."

And now the trivia question: How do you write protect a 5.25 inch disk?
D

robert952 said:
And now the trivia question: How do you write protect a 5.25 inch disk?
Click to expand...

With duct tape over the notch.
Ok doesn't have to be duct tape...in fact they made special stickers...but block the notch.

HW Honey Bear
Yup, Same with the smaller floppies that were standard by the time I got involved.
I still have a USB drive that can read the higher-capacity floppies. The older 800k ones are a dead loss, however.

enjoying reading all your comments down memory lane

I've completed my image now .... all modeled in Carrara apart from Blank Boi and the DZFire flame.
and a bit of postwork in PSE for background.

History of the floppy disc

History of the cassette tape

History of the CD

History of the pencil 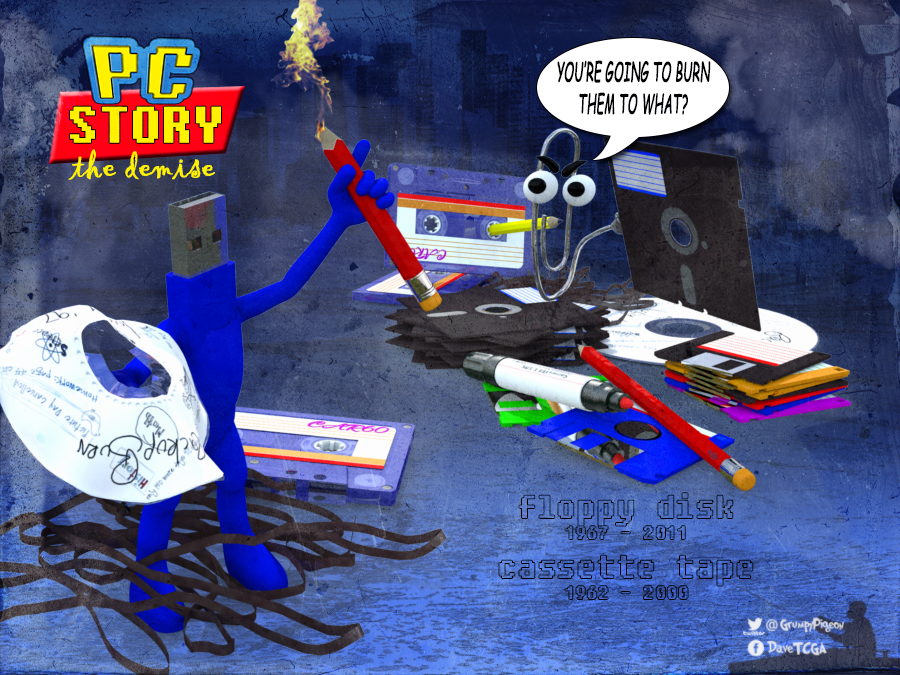 Makes you stop and think just how working with computers has changed over the years, I remember my first computer where I typed programs in from a monthly magazine and kept your fingers crossed while you did the checksum and then stored the program onto a cassette tape. Then a change of computer meant the move to 5.25 and then 3.5 floppy disks with a little later my backups being stored on zip tapes. The pace seemed to pick up from there as there was CD and CD=RW, DVD, Blue Ray, M disk, USB sticks and external drives and finally cloud storage. Then of course there were the hard drives, a few years ago when I worked in a PC repair store I used to see drive of around 4Gig on a regular basis that had been working for years. I went for years without hearing the term terabit and now 1,2, and 4Tb drives are not only common but relatively cheap, just think of the cost of enough 5.25 disks to give you 1Tb of storage. Of course there was also the change to SSD and even that seems to change regularly. 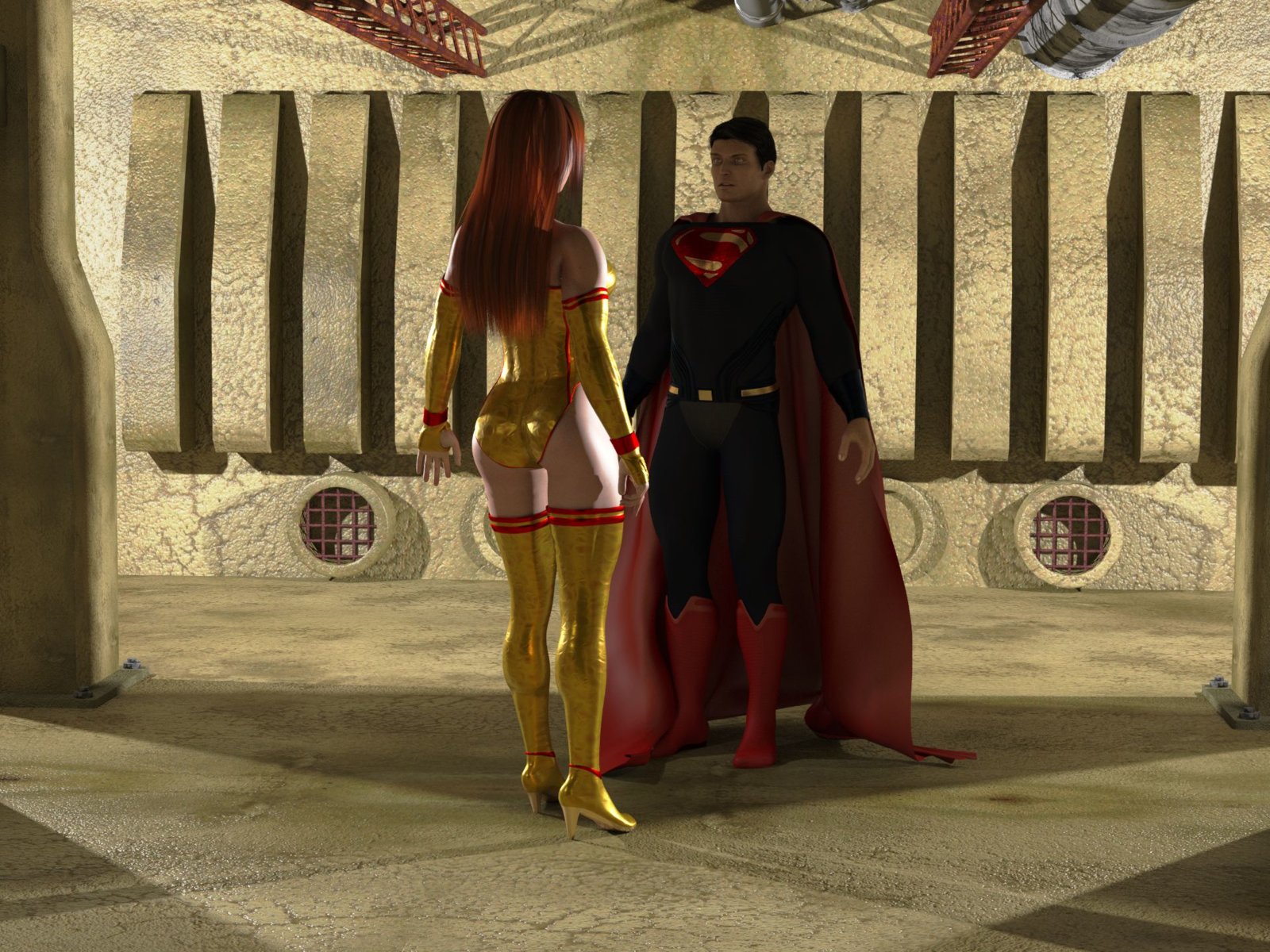 Superman had to admit, he was curious.
He'd never met a woman this tall who wasn't an Amazon. And he'd never met a being who was pure living fire who could mimic human form so perfectly. Blaze was an anomaly. And she was just as curious about him.

M4 and Dawn playing superhero. Dawn has Temestra's Jenny morph and some starter morphs dialed in. 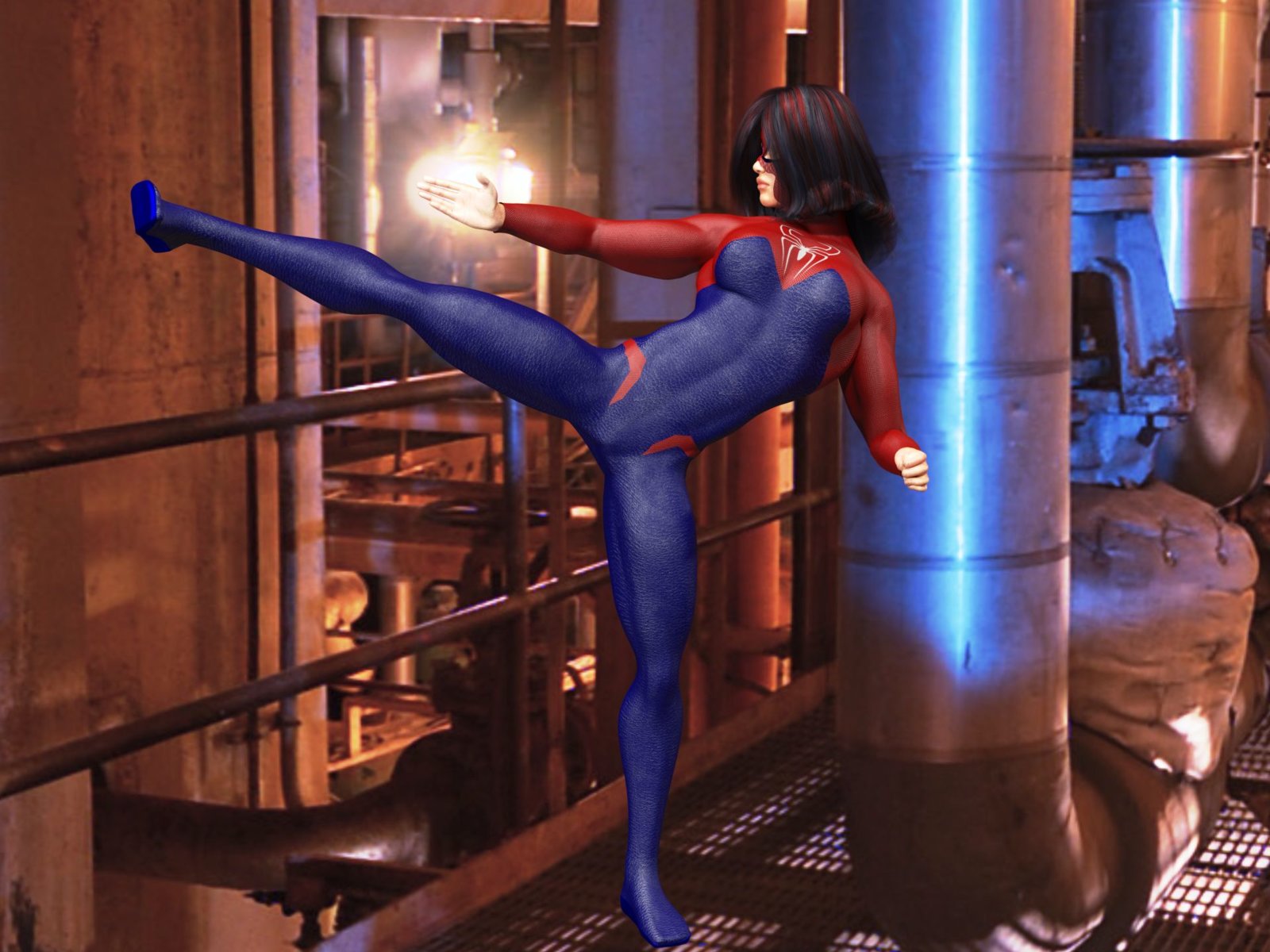 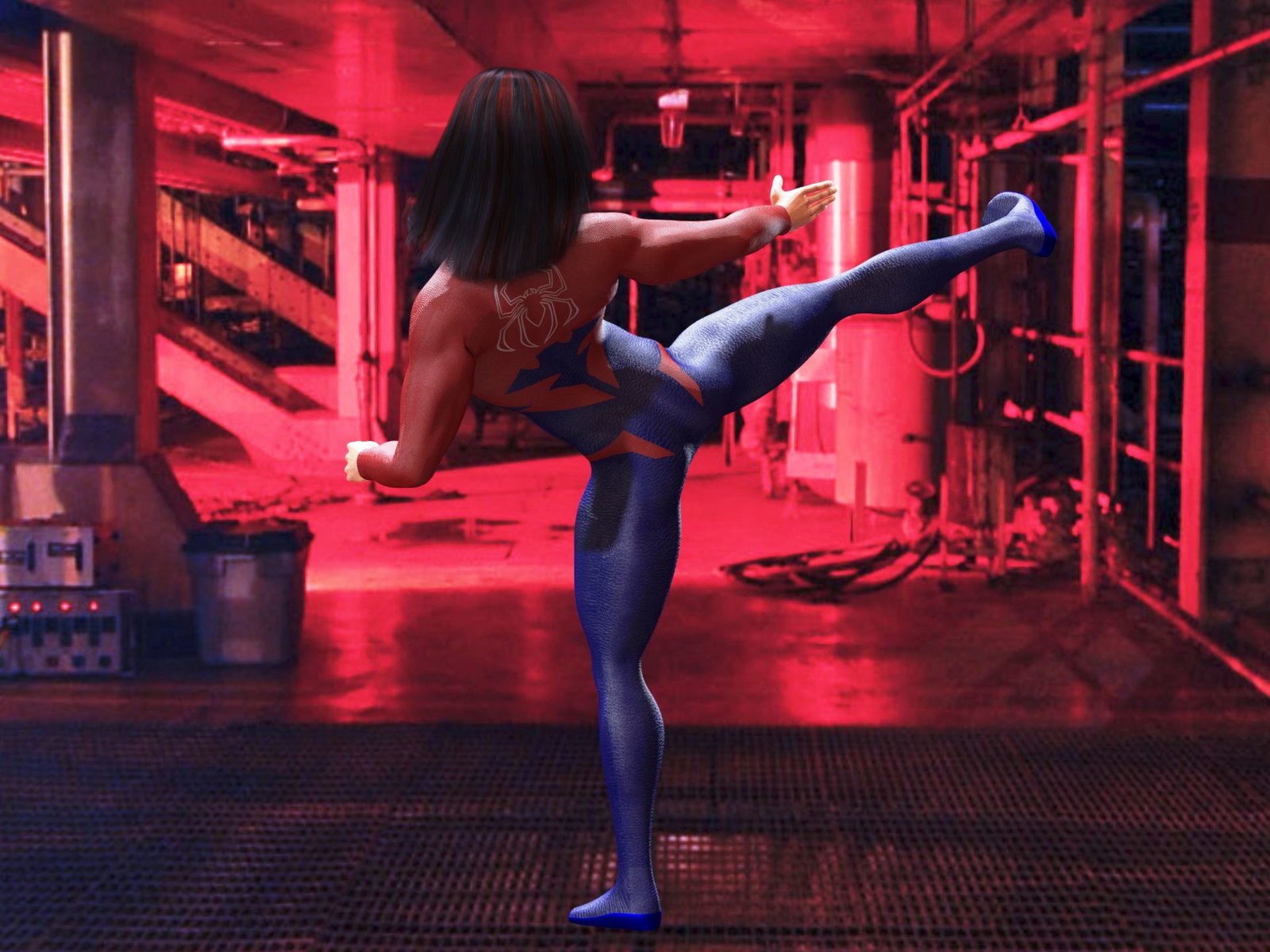 I started out trying to make the Spider Gwen suit. Next things I know, I am frustrated with it and started experimenting. I mixed in some elements from various points in the spider family history, and this is what I came up with. 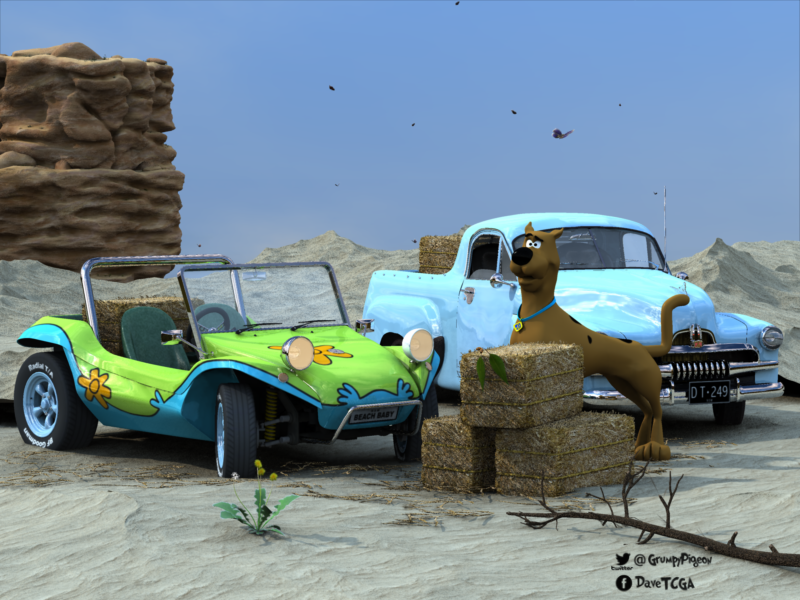 I got a little gift from Daz Store and thought I would render them for all to see! 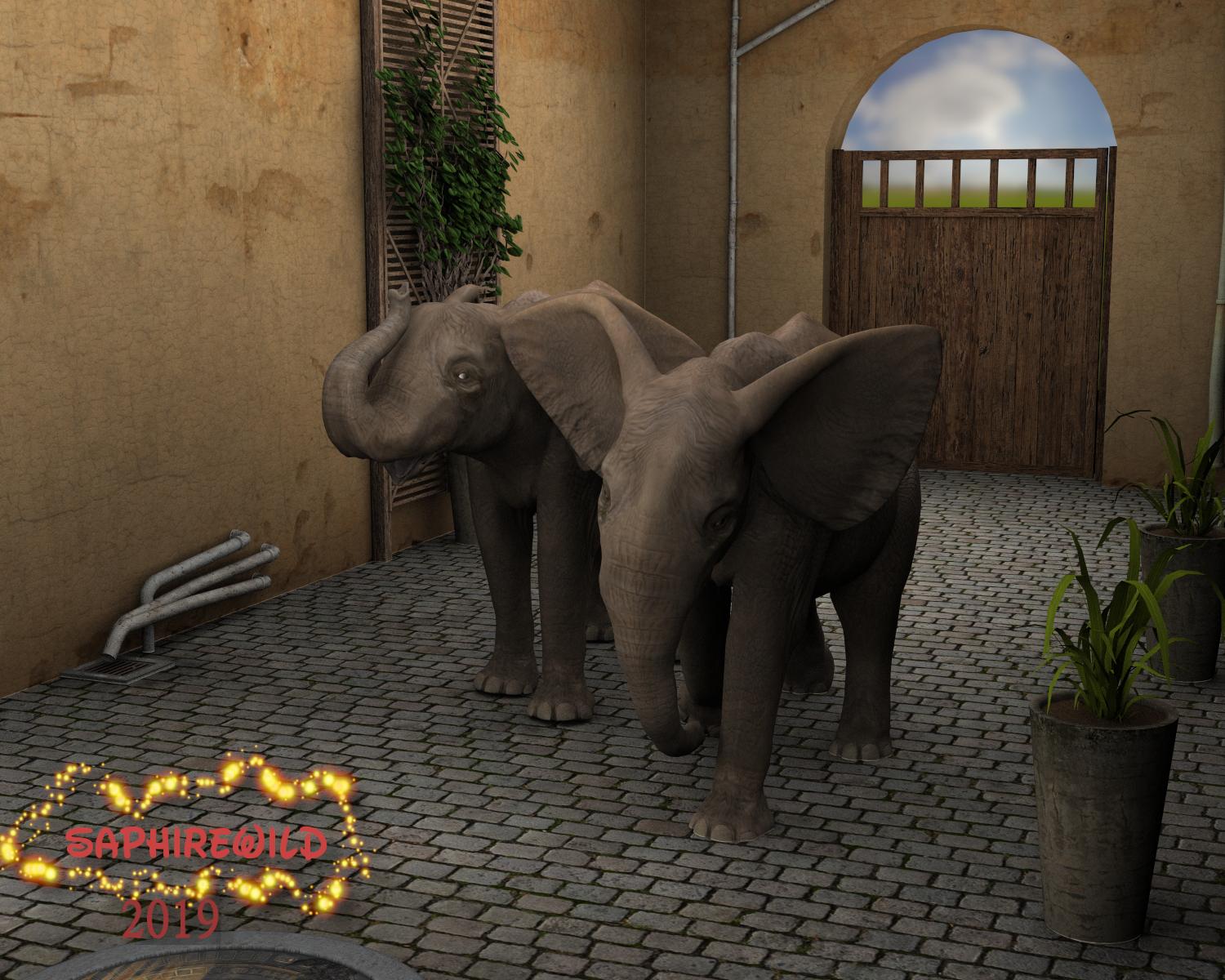 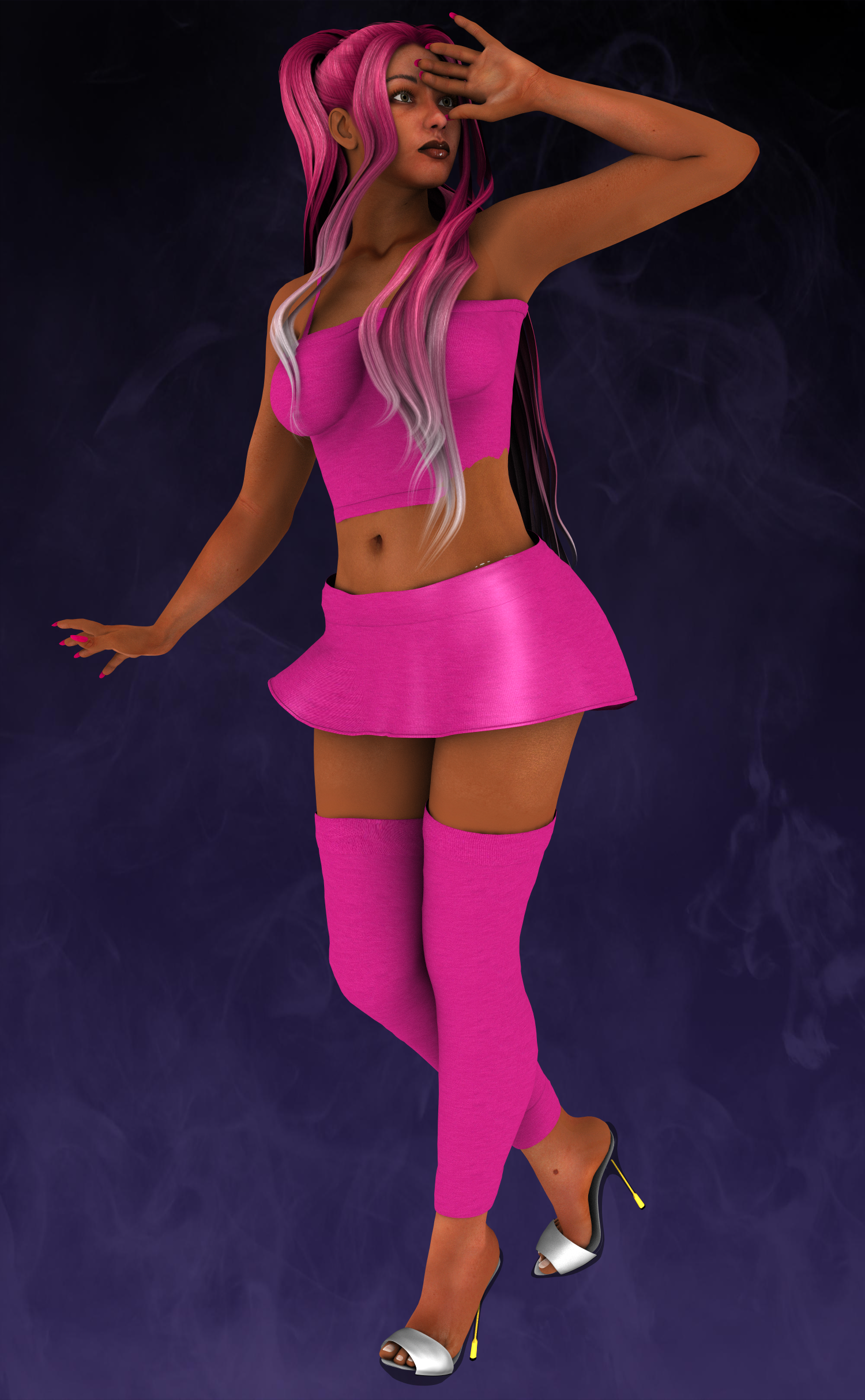 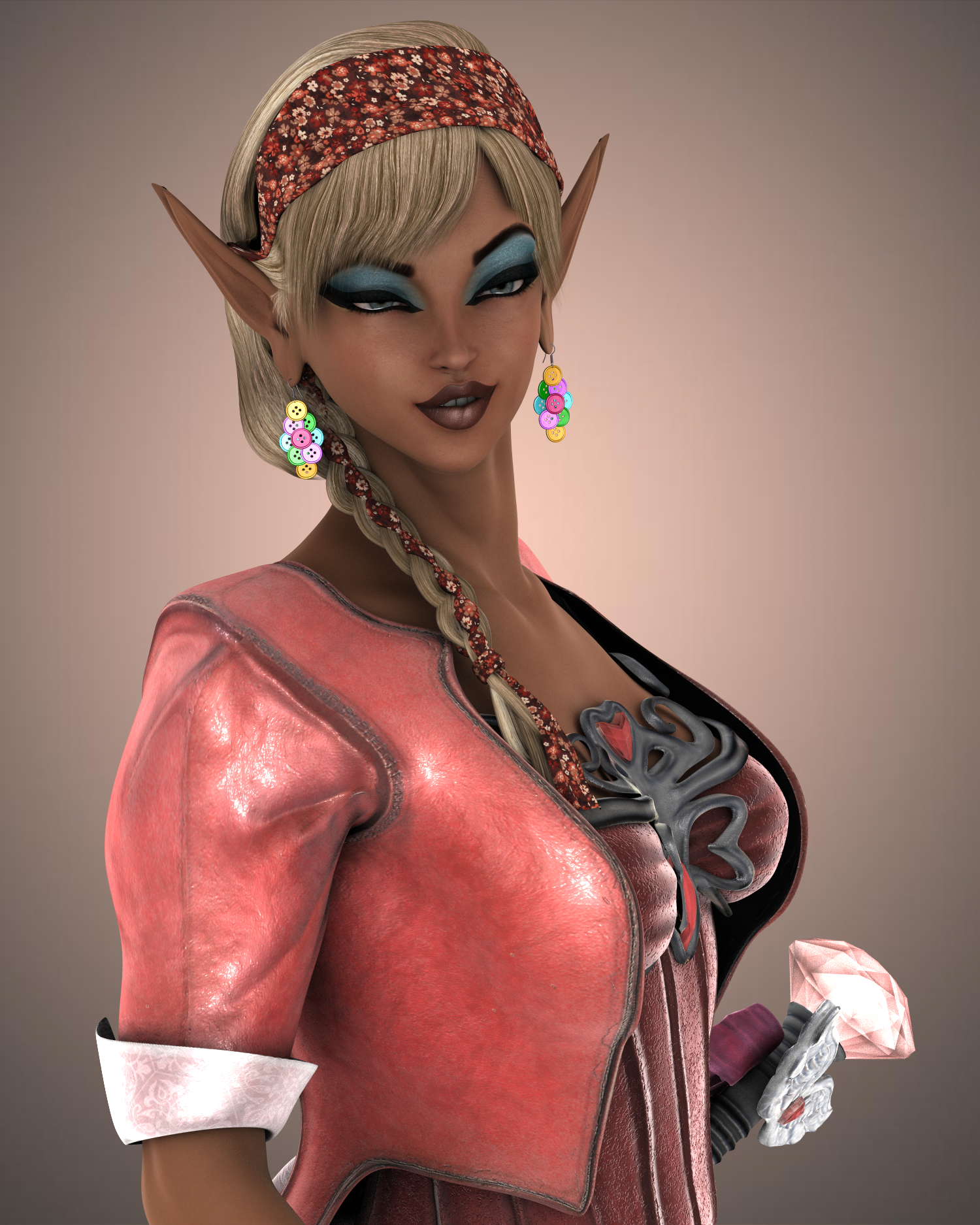 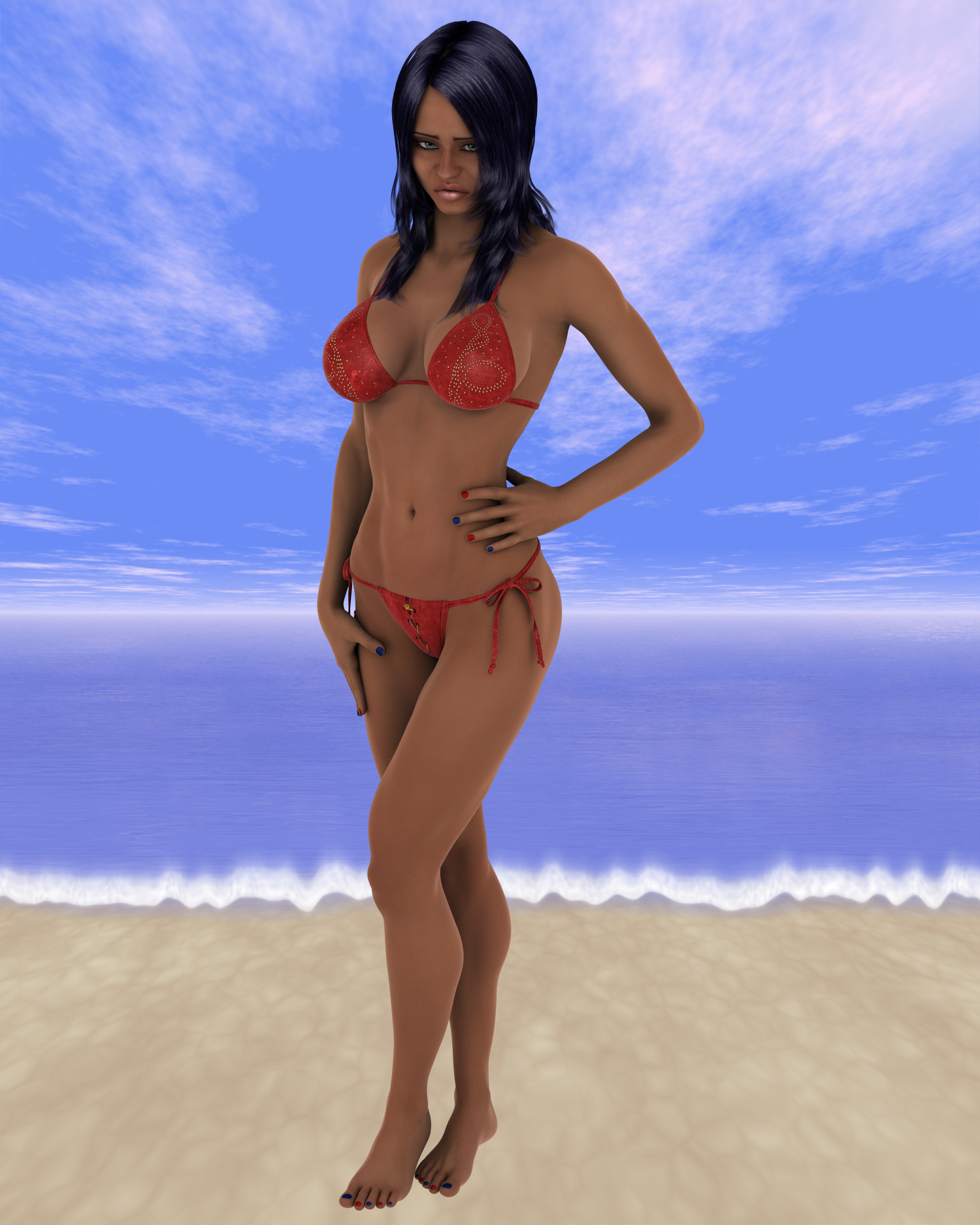 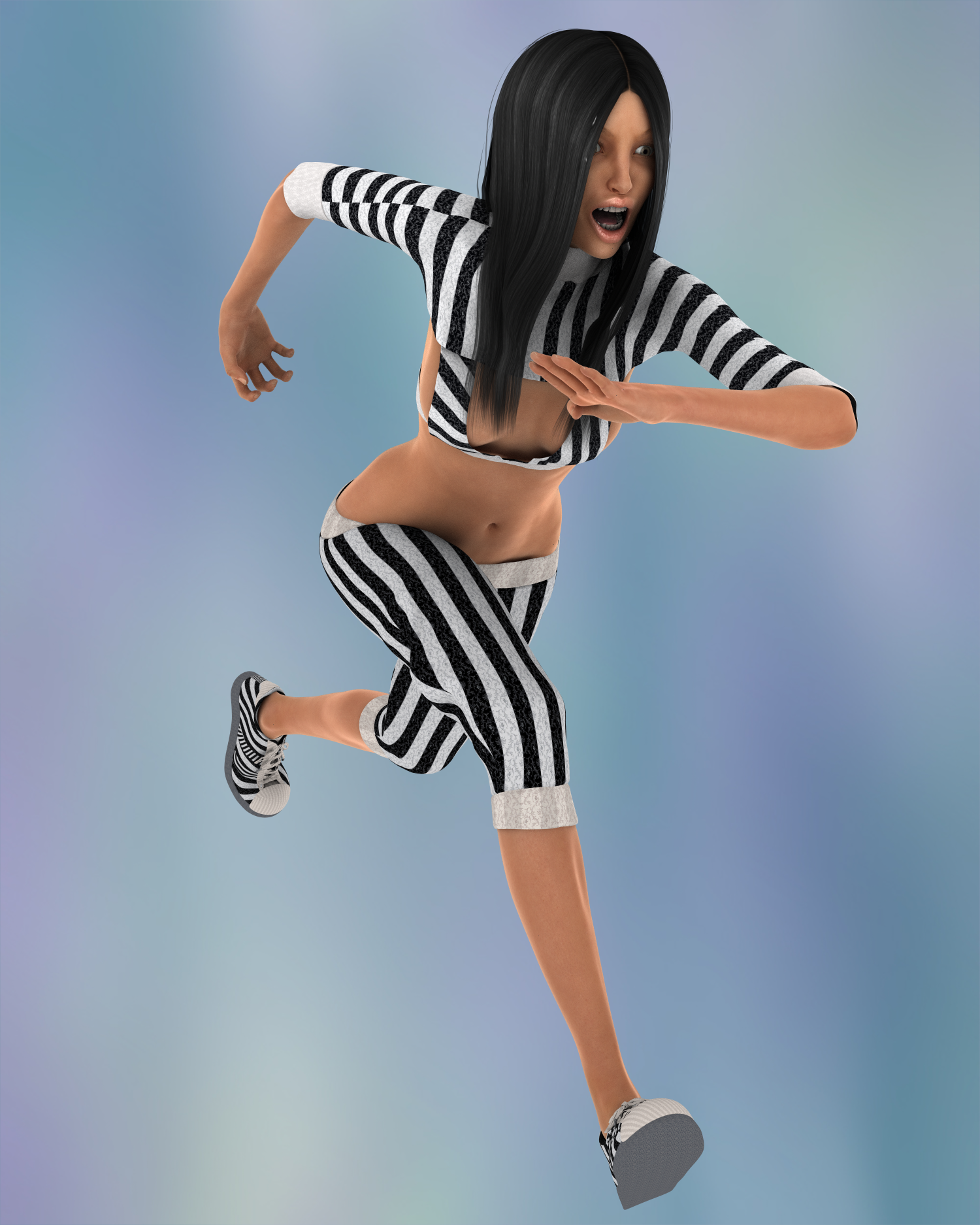 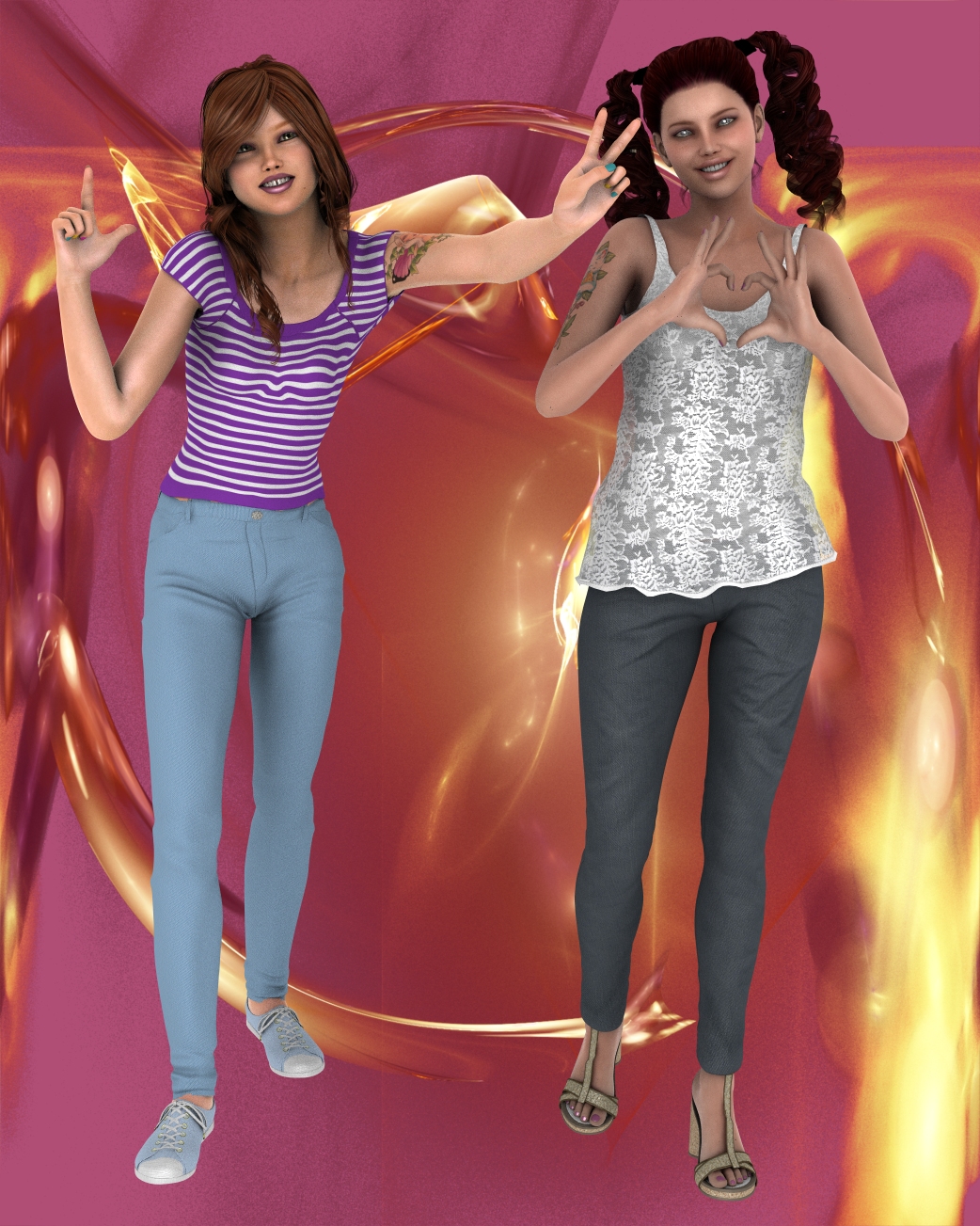 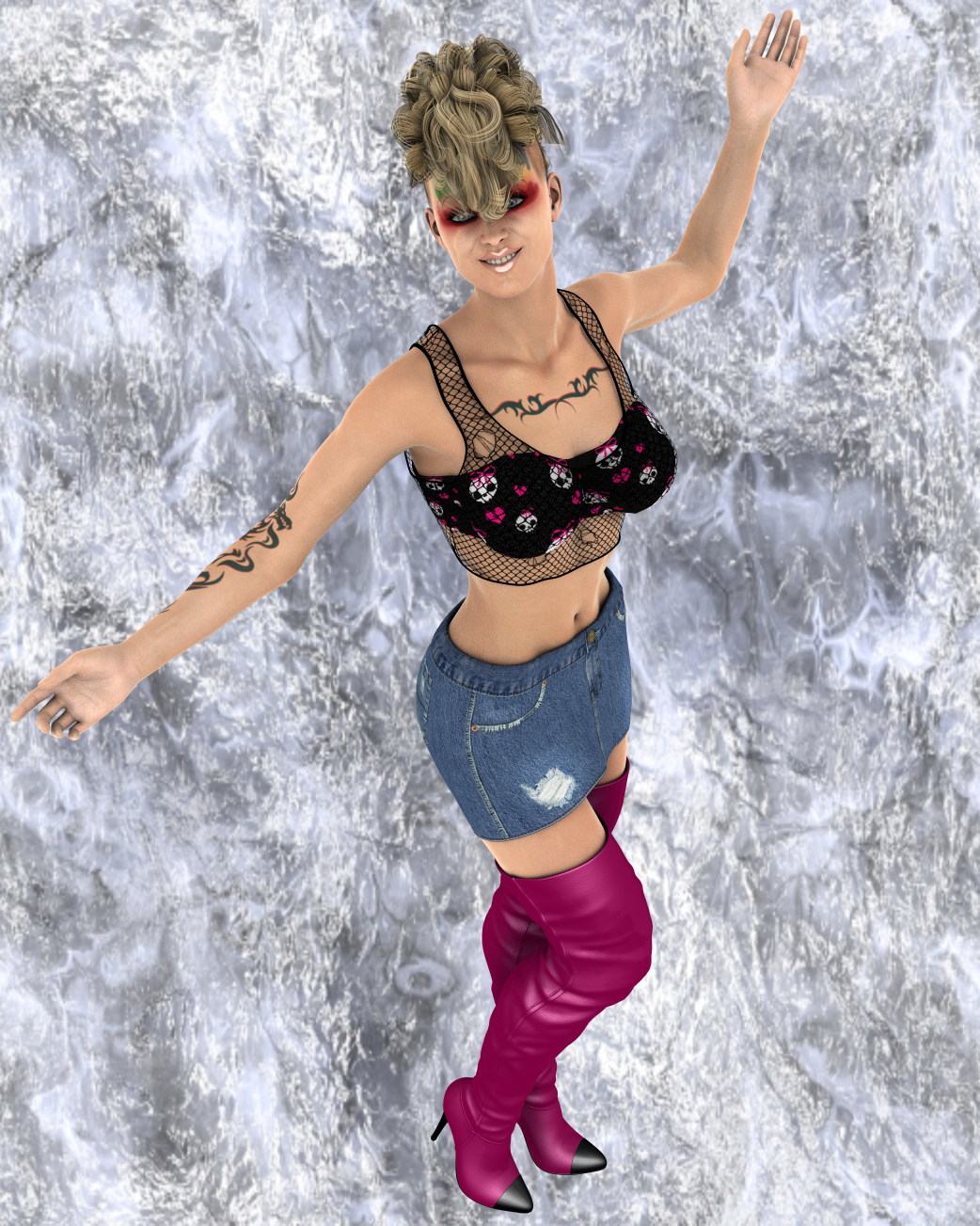 Here are some random renders I made up recently! 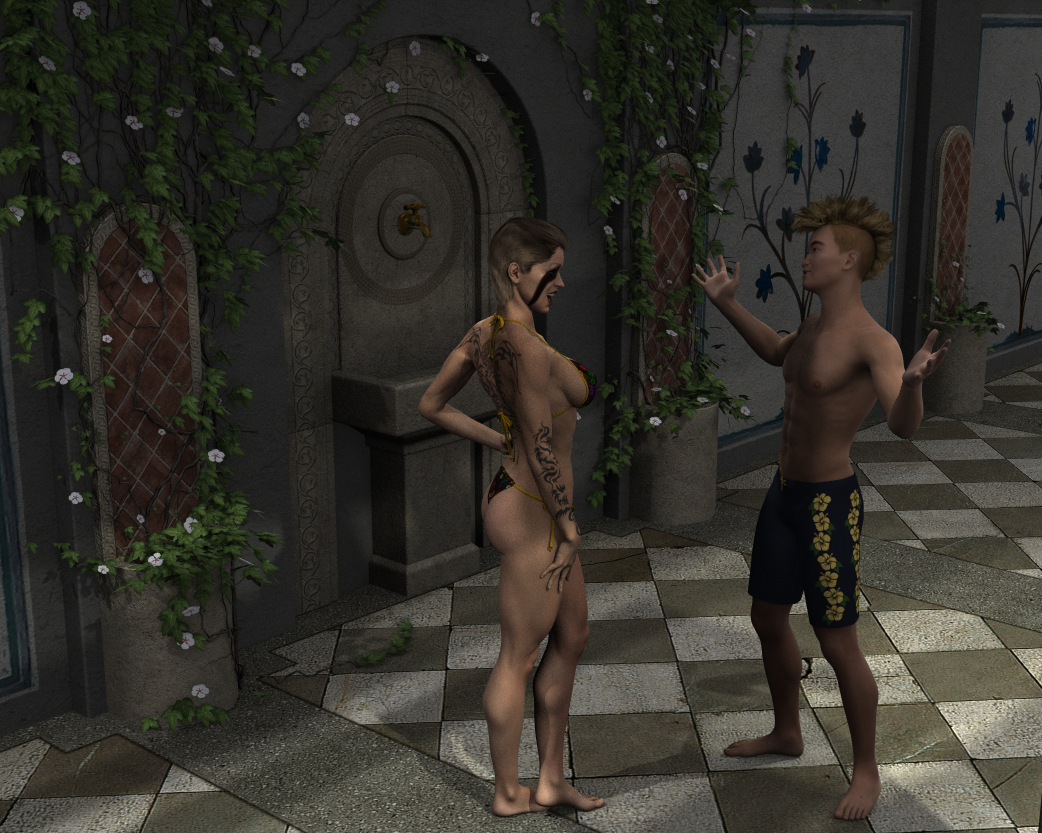 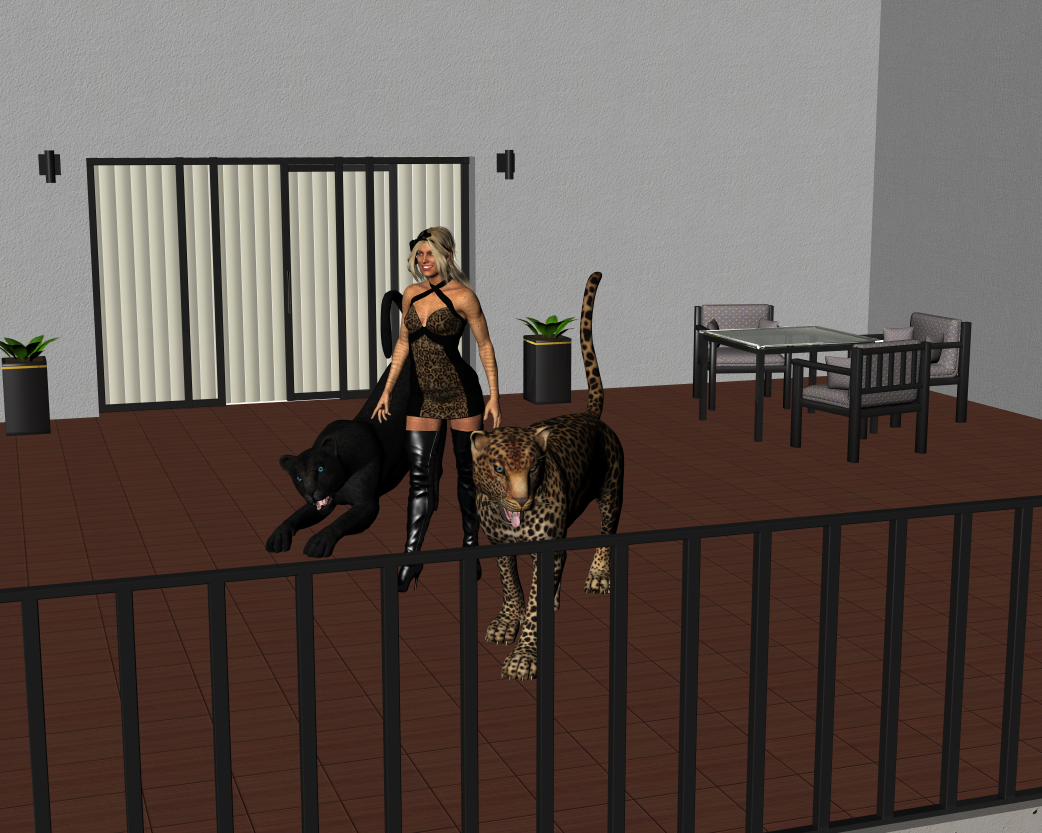