Contributing Artist
I have been experimenting with cornea materials for CatsEyes that work with Cycles, and - as usual - the Physical Surface made the job quick and easy. And to make it better, my EZ-Mats work nicely with Physical Surface, so no changes are needed there. And since I am adding P11 nodes to her shaders, I have added SSS to the skin, which is really easy with the Physical Surface root.

As usual, SSS won't show up in most "normal" lighting situations, but the performance impact in Cycles is quite visible. In the test render below, I have added SSS to the skin and lips. It also shows the new cornea material rendered in Cycles. I guess I will have to do the same for the rest of the body now. It's so cool that in Poser 11 we can pick whatever rendering engine (FF or SF), and it will automatically pick the proper materials. Maybe a lot of people are taking for granted that SMS made FF and SF materials compatible. This is REALLY cool! ^___^ 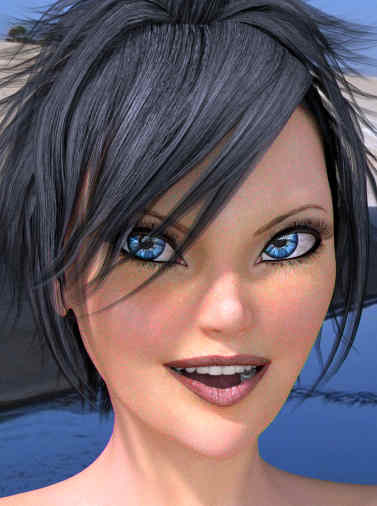 Contributing Artist
I have finished the new P11 materials for CatsEyes, which automatically kick in when rendering with SF - for those who have P11.

When testing, I noticed I forgot to adjust the animatable origins on the head when the only the body morph is applied - even if it doesn't change the head shape, it does change it's position. After fixing this, I've noticed a curious thing: the morph injection only works properly on the animatable origins if I apply CatsEyes FIRST, and then Sora. If Sora is applied first, the animatable origins go bonkers on the eyes when CatsEyes is dialed up. If I zero the Sora morph, the eyes go back to normal. This is my 1st time creating a morph for a morph, so I wonder if there is a catch on this? Is there an order dependency?

Contributing Artist
Fixed the glitch on the animatable origins that was causing a morph loading order dependency between Sora and Cats. This is particular to cases where we make a character morph that loads on top of another character morph, so it was new to me.

I now realize the new P11 materials have SSS, but the default ones don't. It's so simple to add SSS in P11 (1 param), so it's almost for granted. Conversely, I have no idea how to add SSS in DS. ^^;

Contributing Artist
I have closed CatsEyes Poser package and will start the internal beta-testing. DS version will come later. I have added a new option, the full morphed and textured character preset in addition to just INJ/REM. It will set both Sora and Cats, but assumes Sora has been loaded first.

CatsEyes will ship with some advanced EZ-Materials, to include 16 million possible colors for the eyes, eyeliner (independent from the face texture), lips and nail polishes. You can even mix and match eye shadows with eyeliner styles and colors. In the example below, I have loaded the blue eye shadow and then used EZ-Eyeliner to try 3 different color combinations. From left to right, it's black (default), blue and red, picked out of the color swatch in the Material Room. The eyeliner can be any color you like, so we are not stuck with texture presets. The eyeliner can also be removed by setting its color to white. This won't make the eyeliner turn white, but instead it will use the colors from the face texture.

EZ-Eyeliner works seamlessly with FF and SF, and I already made a DS version for 3Delight using ShaderMixer bricks. EZ-MATs are used on the lips, eyes, and fingernails. To any of these areas, I have included several presets, but you can ultimately choose from 16 million colors, where the 4K textures are preserved in full detail. I have included step-by-step instructions on the ReadMe file.

Ken1171 said:
I have added a new option, the full morphed and textured character preset in addition to just INJ/REM. It will set both Sora and Cats, but assumes Sora has been loaded first.
Click to expand...

An excellent note for the ReadMe file.

Contributing Artist
Yes, that's explained in the readme file. I have also included a "quick start" section showing different ways of loading the morphs. We can load and apply everything at once, or inject without applying, and there is a preset that just applies Sora + Cats (without injecting anything), which can save time.

Contributing Artist
Cats was sent for internal beta-testing today. She's a rather extreme morph that relies on animatable origins, conditional JCMs, plus her special materials. Half of these things were new to me. There is a lot that can go wrong, so I am keeping my fingers crossed. ^^

Contributing Artist
Finished all the promos and ads, and also the store text and package documentation. Just the beta-testing feedback is taking time, maybe because of the holiday season.

CV-BEE
Contributing Artist
I'm doing a happy dance and going to bust my stitches in anticipation!

CV-BEE
Take it easy Rae. We don't want you winding up back in the hospital.

CV-BEE
Contributing Artist
haha, no we don't want that but I've been wanting to play with CatsEyes for so long

Contributing Artist
Just a little more testing and it ships to QAV. ^__^

Contributing Artist
Ok, beta-testers have sent me the OK, and I have submitted the Poser package to QAV.

Contributing Artist
While Cats is cooking at QAV, I have mixed her with Elisa instead of Sora, and this came out. Even though Cats was meant for Sora, she doesn't really require her. This render was done with CatsEyes' default materials in Superfly. I guess the bottom line is that you can use Cats even if you don't have Sora. ^____^ 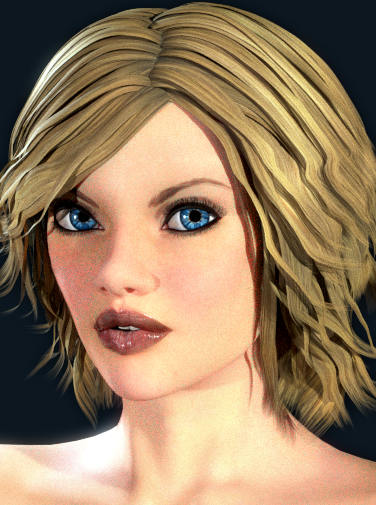