Show us your Mule Deer Renders!

Staff member
Co-Founder
If you got 'em, post 'em!

Contributing Artist
Loving those Rae!! Will have to try a few in a bit. Hehe... nice to know horse poses work on the deer too!! 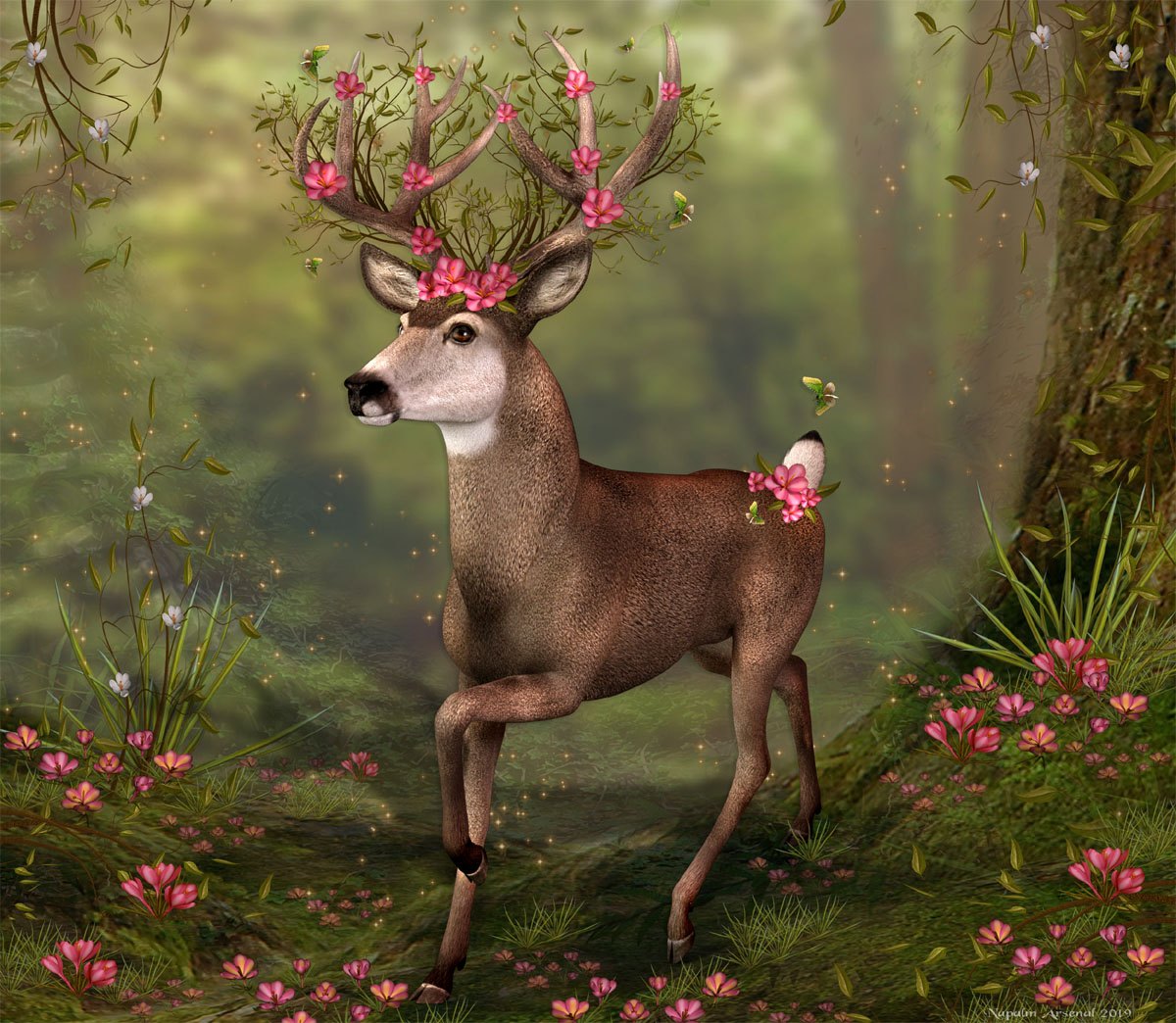 Here is my version of the Mule Deer.

Not A Mule Deer 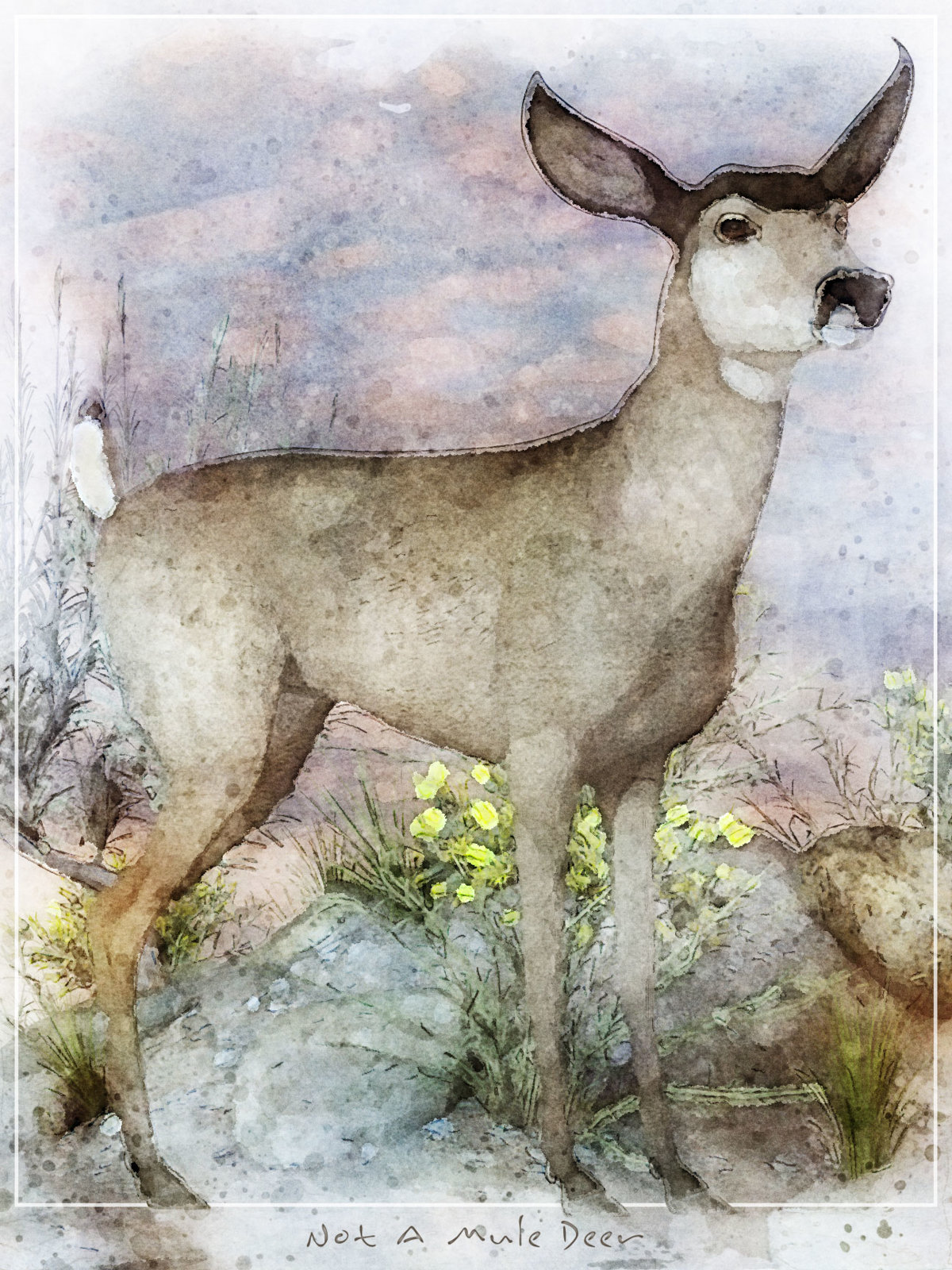 Contributing Artist
I like whatever filter or shaders you used on this Satira! I looks like a watercolor painting!

It's a watercolor action by Nuwan Panditha (BlackNull) from the current issue of Adobe Creative Magazine. Once the action has run, you can then customize the result. In addition, I applied several of the Filter Forge filters I usually use.

It's a watercolor action by Nuwan Panditha (BlackNull) from the current issue of Adobe Creative Magazine. Once the action has run, you can then customize the result. In addition, I applied several of the Filter Forge filters I usually use.
Click to expand...

I will have to check out the magazine site it looks really cool!

DS version Working in Carrara with some adjustments 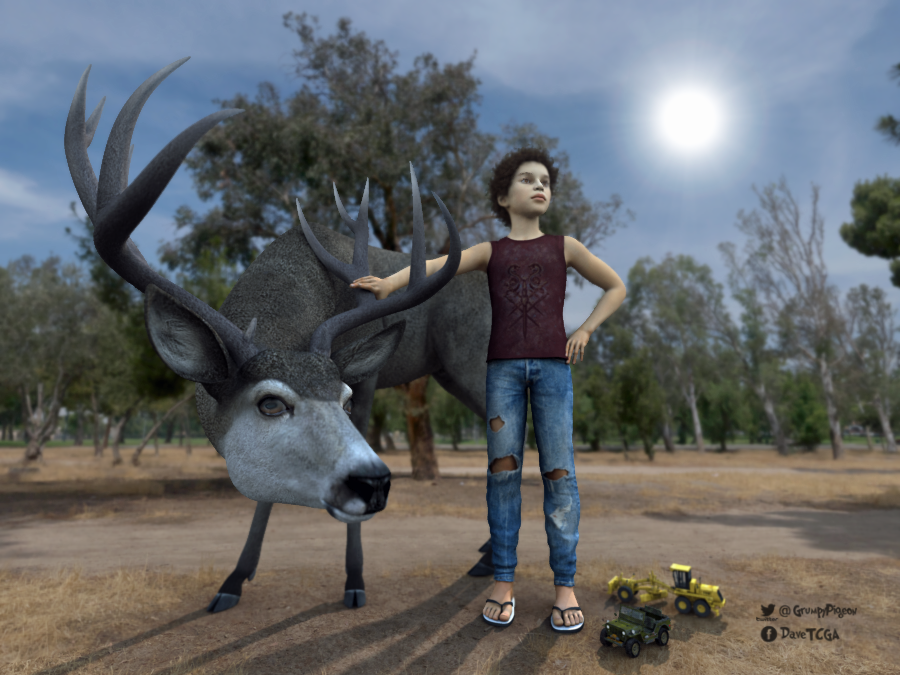 using an alternate HWhorse texture on the deer 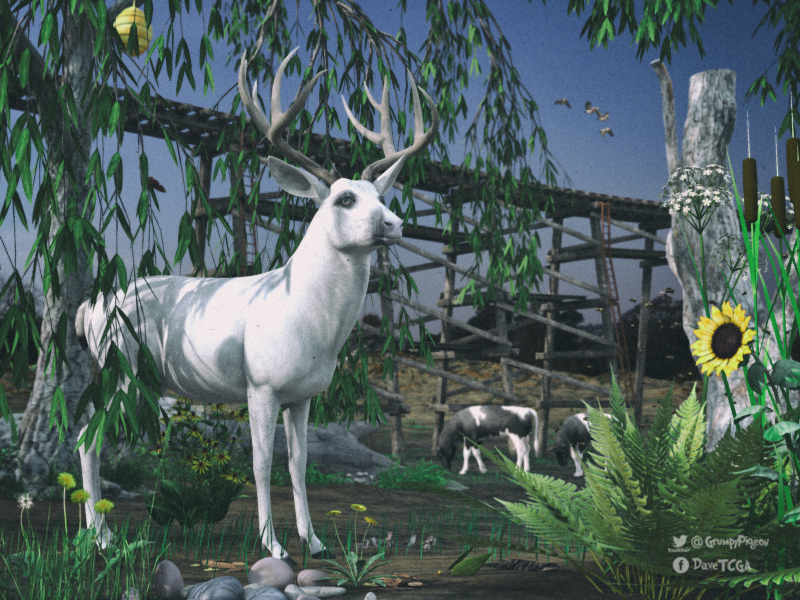 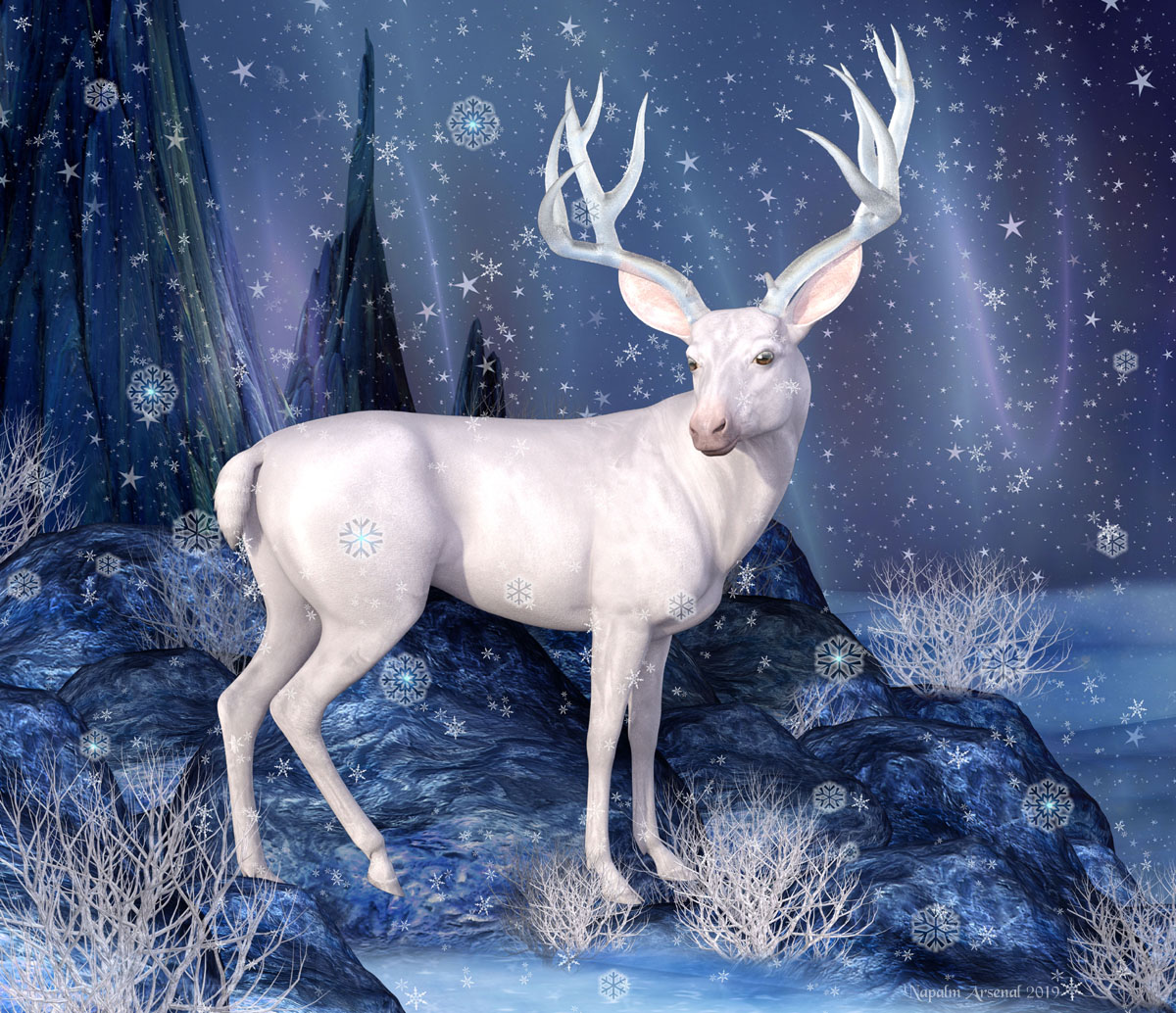 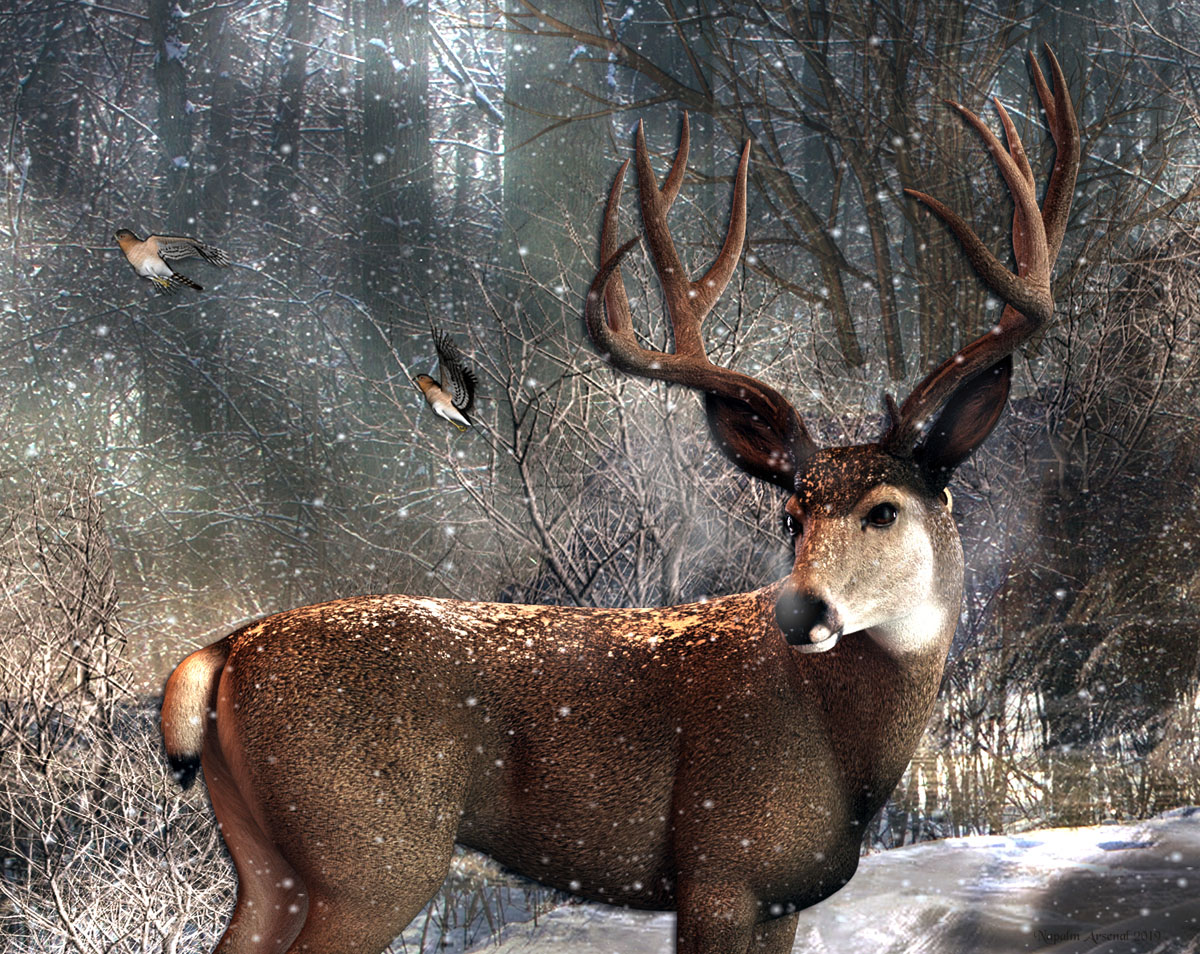 Walkers....
recovered image I had to finish in PSE .. Carrara crashed on me ... eeeek! winter's coming! 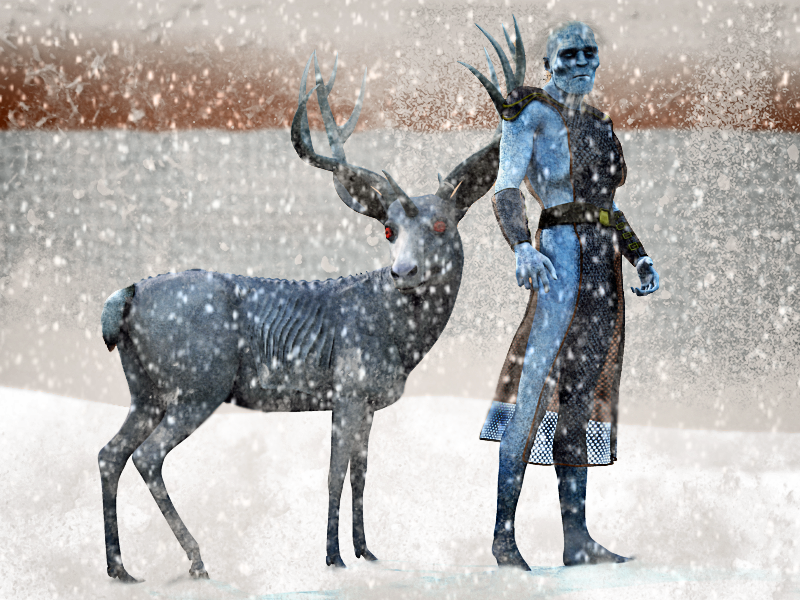 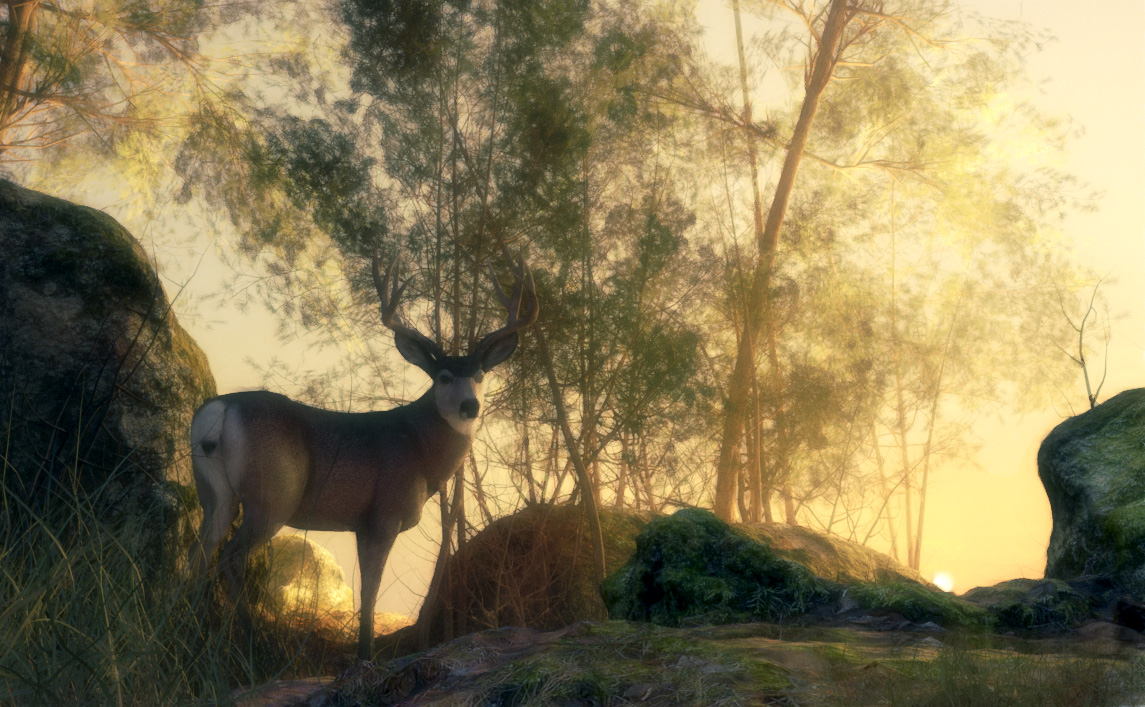 So many lovely images! Much love for this deer 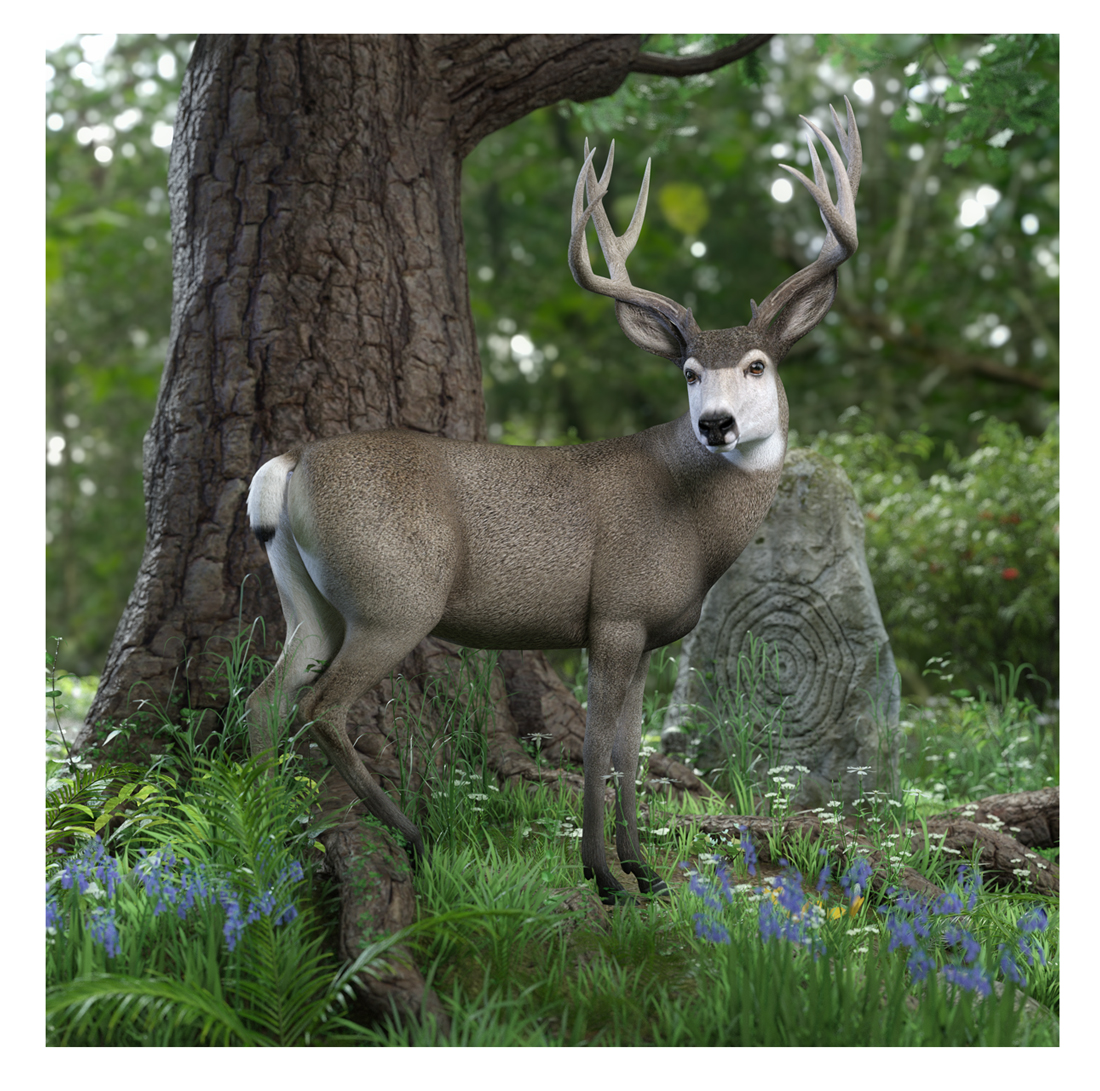 Satira Capriccio said:
It's a watercolor action by Nuwan Panditha (BlackNull) from the current issue of Adobe Creative Magazine. Once the action has run, you can then customize the result.
Click to expand...

I just checked it out, but that page doesn't specifically say what the minimum version of PS is needed, or will it work with all? I ask because I never upgraded past PS CS2.

CV-BEE
Contributing Artist
I'm impressed by what everyone is doing with the Mule Deer! It's a lovely deer, and a fabulous addition to the HiveWire family.

Unless an earlier than CC version of Photoshop is mentioned in a Abode Creative Magazine tutorial, I've learned "Photoshop" refers to Photoshop CC.

The included guide specified the action is compatible with all versions of CC up to CC 2019 and the Photoshop Action set provides an additional 20 brushes and 5 patterns.

The action does run in Photoshop CS5 Extended, and the results are similar enough to what I got from Photoshop CC that I was satisfied. Only a few commands didn't work, but I didn't find that to be a problem with the final result. Other than the texture overlay layer is not set properly, so the final result is covered by the overlay layer. Easy enough to hide that layer. The action is unable to run two commands (Rasterize and Make), which causes the action to stop each time it encounters them, and you have to click continue. Rasterize stopped the action several times, while Make stopped the action once.

CS2 may be missing other features that cause the action not to work at all.