Dreamer, this is so beautiful! Love it!

Shanarah said:
Dreamer, this is so beautiful! Love it!
Click to expand...

Just when he thought the dawn would come uninterrupted, a creaking and jangling came from straight ahead of him as the Chantry doors were thrown open. Teagan prayed for the Maker's blessing as he drew his sword and shield, getting into a ready stance for the fight ahead. He was the last line of defense for the people of Redcliffe, their last hope of survival. He watched, standing his ground, as the figures, silhouetted against the bonfire and dawning light, drew nearer. As his eyes adjusted to the new lighting conditions, he could finally make out the petite figure of the warden striding toward him. 'Thank the Maker,' he thought as he put away his weapon and shield.

"It is over," she announced, as she came to a stop just in front of him, "The undead are defeated and Redcliffe still stands."

"Thank the Maker!" he exclaimed, throwing his arms around the elven mage in his excitement and holding her close, pleased that she had made it through the night. His actions startled her and she wasn't sure how she should react. But after a moment she relaxed into his embrace, closing her eyes and wishing the ordeal was truly over and she could rest.

I haven't written fanfiction since I was like 15 and now all I'm doing this year is writing fanfiction and rendering scenes from it. Wild. Whole fic so far is posted with the image in media.

I had to render this one in DS 4.8 because for some reason every time I try to render any G3M using Leo7 morphs/uvs/textures in 4.15 beta I get a crash to desktop. I narrowed it to that specifically, but have yet to get a response from support and it's been a month. Thank God I refused to give up 4.8.

just some wacky modelling in Carrara 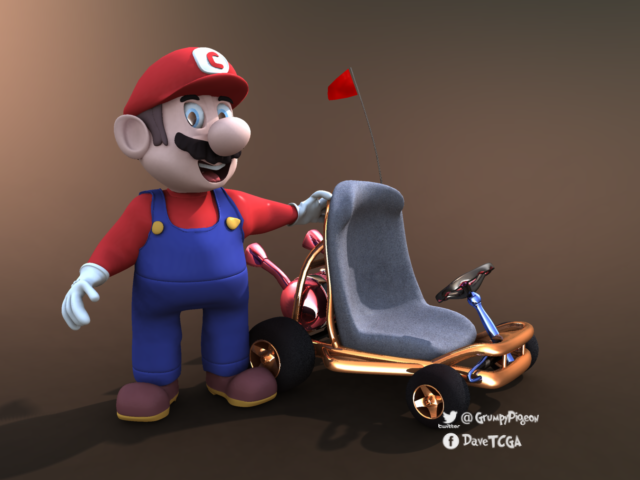 and then fitted him onto the kart.... 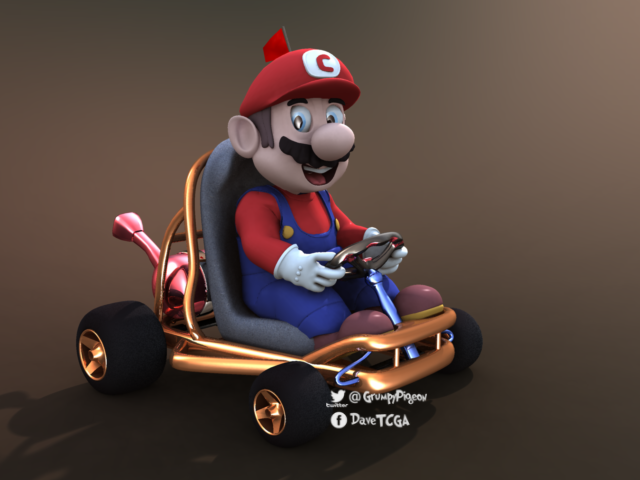 modelled a phonebooth today.. in Carrara..... an old type we used to have in the street when I was a youngen 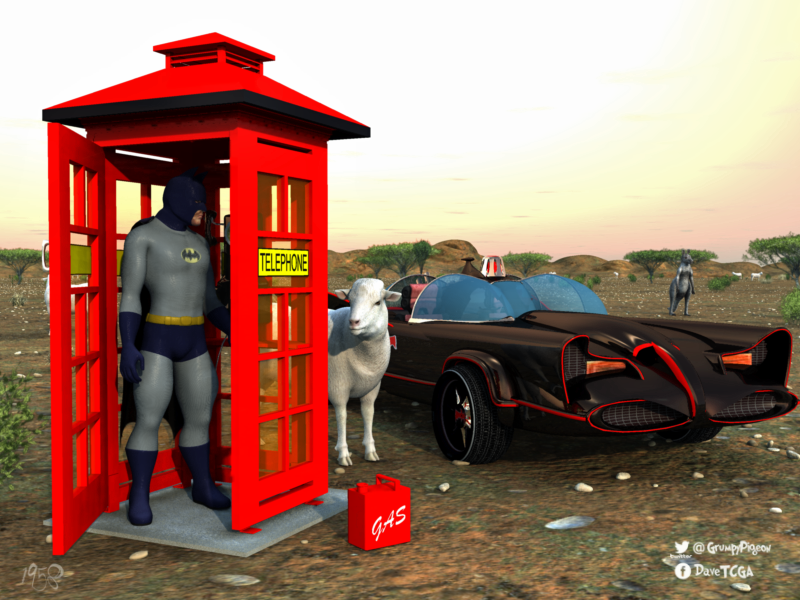 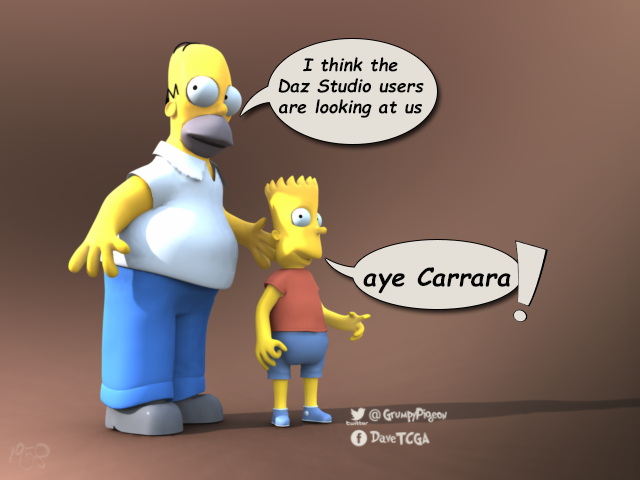 Elven Knight. One of my best DAZ Studio kit bashes. 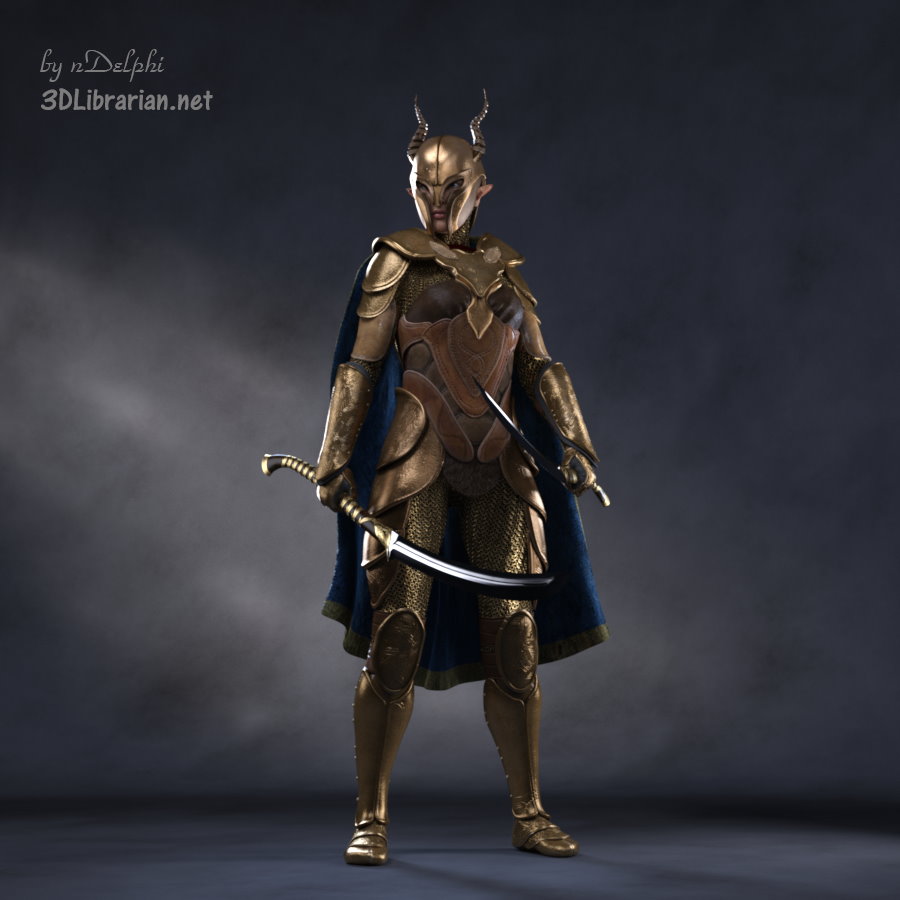 CV-BEE
I always love the renders you post, and this time is no exception.

today in Carrara I modelled an egg timer, clock hands and some plastic looking houses!!
and used 3DU toons as well as my own models. and LoRez Lorenzo and a gnome! 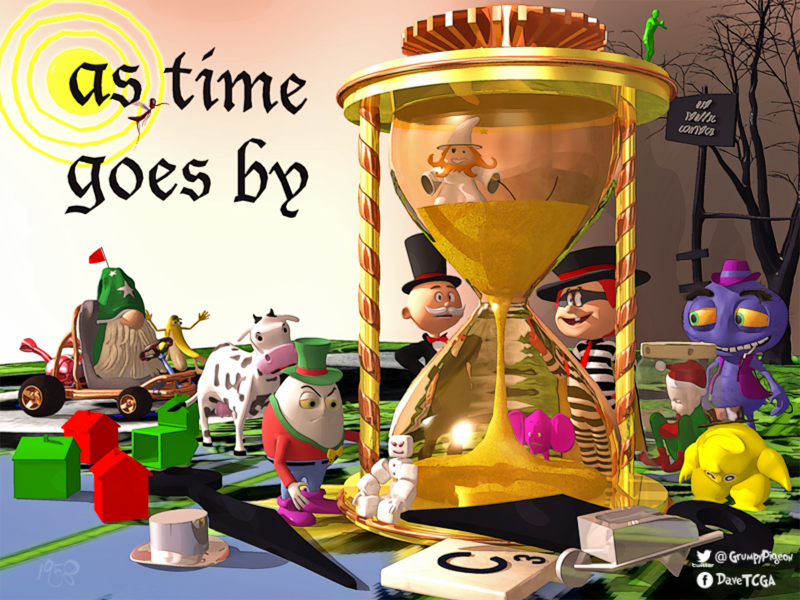 My brother always managed to get Boardwalk and Park Place, and I always landed on one of those two once he'd built them up with houses and hotels.

Monopoly totally ruined board games for me.

As she dropped below the upper cloud she could see clearly the drop point behind the granary shielding her from the majority of the complex. The only possible snag was that the stables were directly behind the granary so she needed to ensure she did not spook the horses. 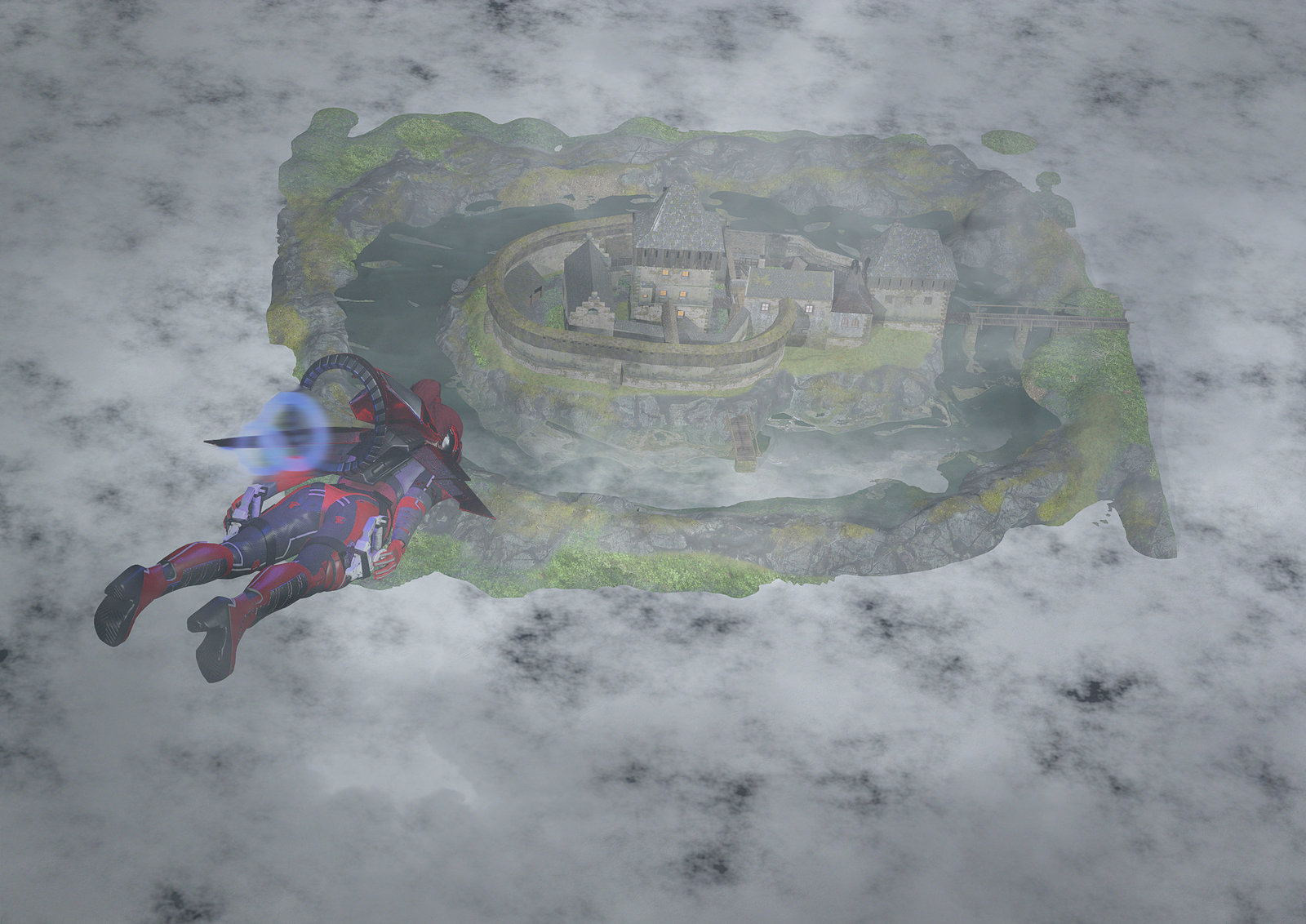 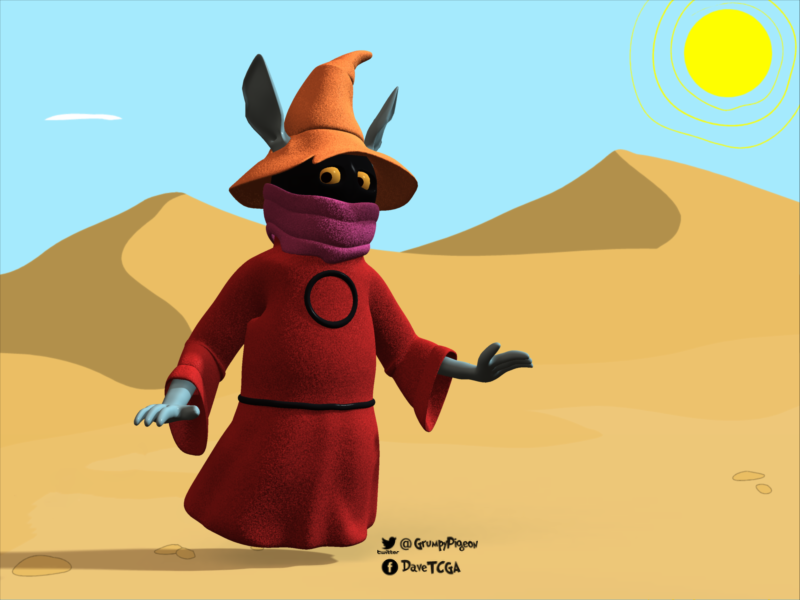 modelled the sword today in Carrara 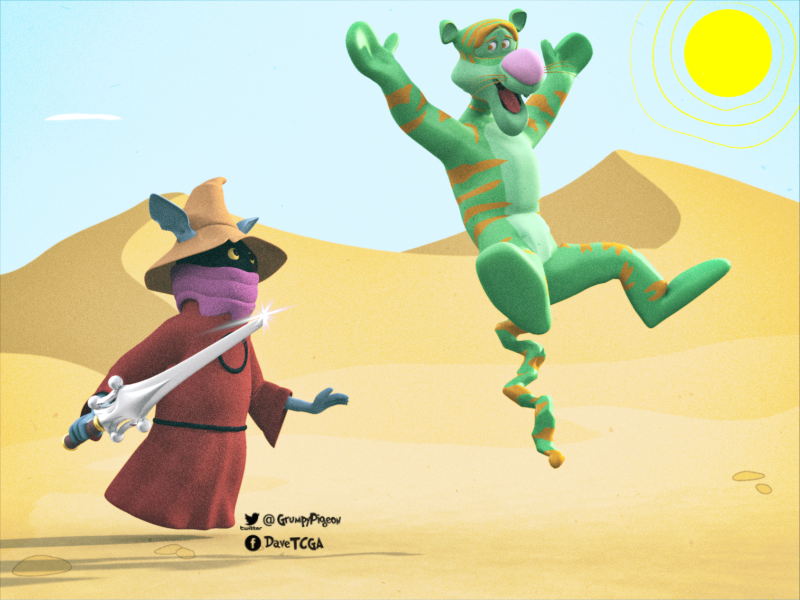 That is a very happy looking TI double GA Ah.

Contributing Artist
I've been puzzling over the little guy in your image Stezza as he seems familiar...I'm I right in thinking from He Man?

Pendraia said:
I've been puzzling over the little guy in your image Stezza as he seems familiar...I'm I right in thinking from He Man?
Click to expand...

Orko is his name, He-Man’s little buddy.
I read the other day a new series has been created and I thought why not try modelling Orko..

Contributing Artist
That's it Orko! It was driving me crazy as I knew it looked familiar but couldn't place it. When I saw the sword it all fitted together. My eldest son used to own all the he man stuff. Both castles and all the figurines including Orko. He's 40 now so it's a long time ago...