CV-BEE
I was looking at that set yesterday. Nicely done.

some more Carrara modelling yesterday... and you can get Mr Billy for Carrara in the wacky modelling thread over yonder. 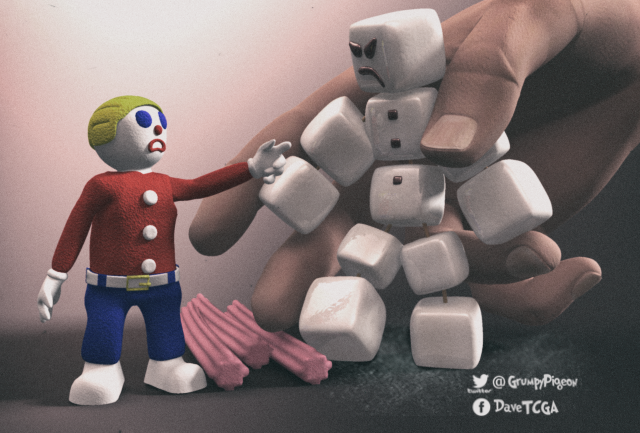 Miss B said:
I was looking at that set yesterday. Nicely done.
Click to expand...

Thank you for the positive comment. I love almost all of coflek-gnorg's creations and have a large runtime filled with such content. I thank I have most, if not all, of the Bubble Habitat modules and the new Colony Creations are fully compatible with the Bubble Habitat units which provides a vast pool to create scenes from.

Thank you all for your likes, it is good to be back rendering again.

HW Honey Bear
Coklek-gnorg has some great stuff. I've quite a number of his non-SciFi models. And a few of those, as well, just because of the "too cool" factor.

Lunch with Narcissa and Draco was followed up by a formal invitation to dinner at Malfoy Manor. Harry had never seen peacocks before. He had thought that they were more , um, colorful.

And let me tell you that after clocking in at 4 days, 22 hours, I will NOT be casually rendering peacocks.
But I was very glad to finally have them. 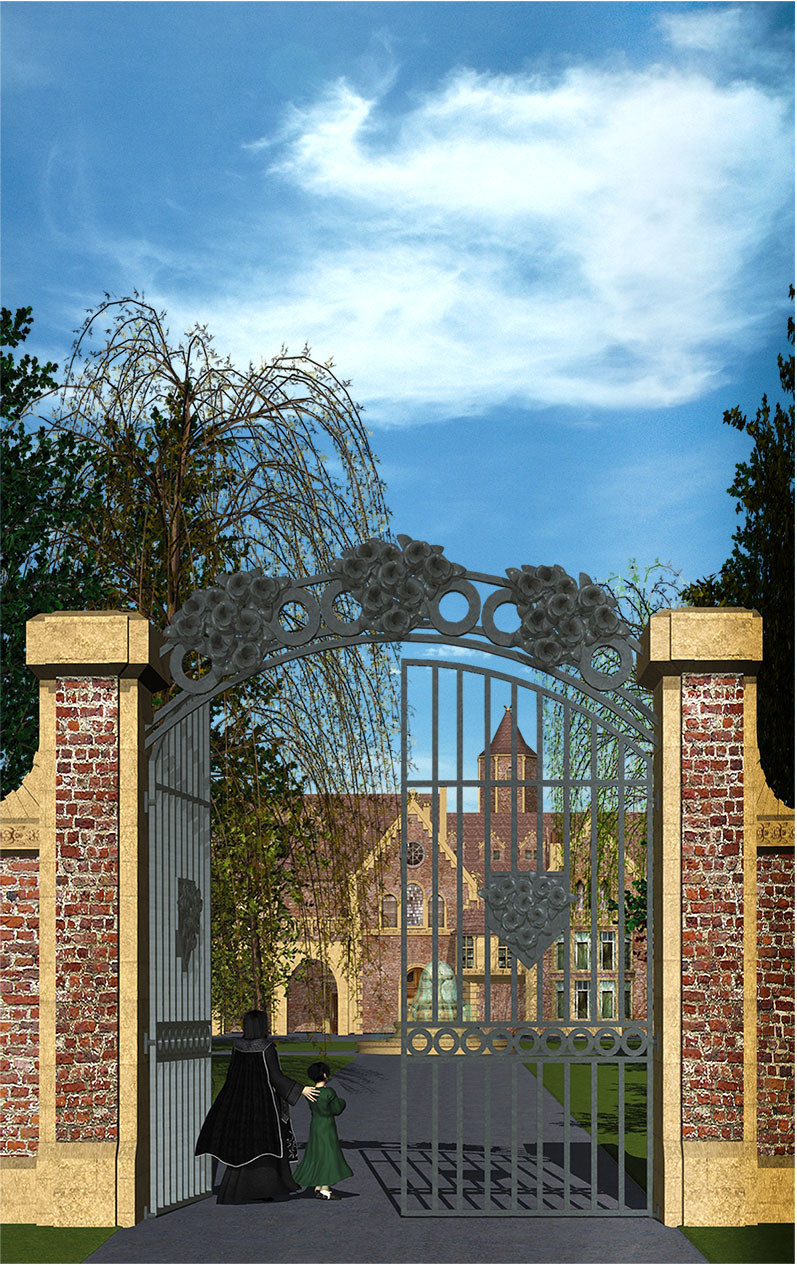 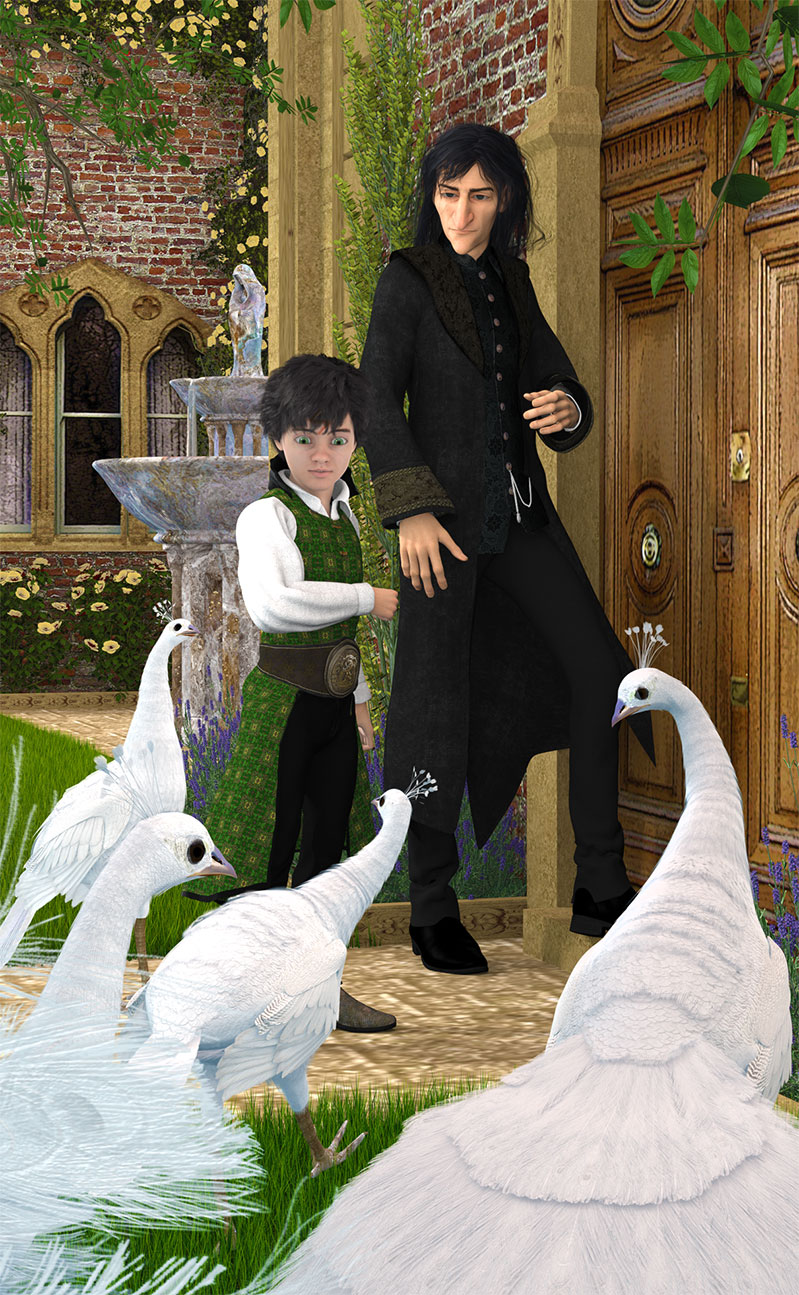 JOdel said:
Coklek-gnorg has some great stuff. I've quite a number of his non-SciFi models. And a few of those, as well, just because of the "too cool" factor.
Click to expand...

Yes, I have a dozen of coflek-norg's goodies, and I really should be looking at some of them again, as it's been a while since I used any of them. Hmmmm . . . .

The friction between the two women was obvious to anyone who took more than a cursory glance at their body language. The population of that had survived the destruction of the fleet consisted of far more women than men, a problem at the best of times, but a complete disaster for someone like Chantel for whom one man was never enough. Caoimhe would have disliked her for that fact alone but Chantel's constant flirting with Turlough incensed her. The fact that Chantel was so overdressed for a meeting that she knew Turlough would be involved in at some point only added to Caoimhe's anger. She had yet to admit to herself that part of this anger was that Chantel's action had brought her to realise she had some genuine feelings for Turlough. 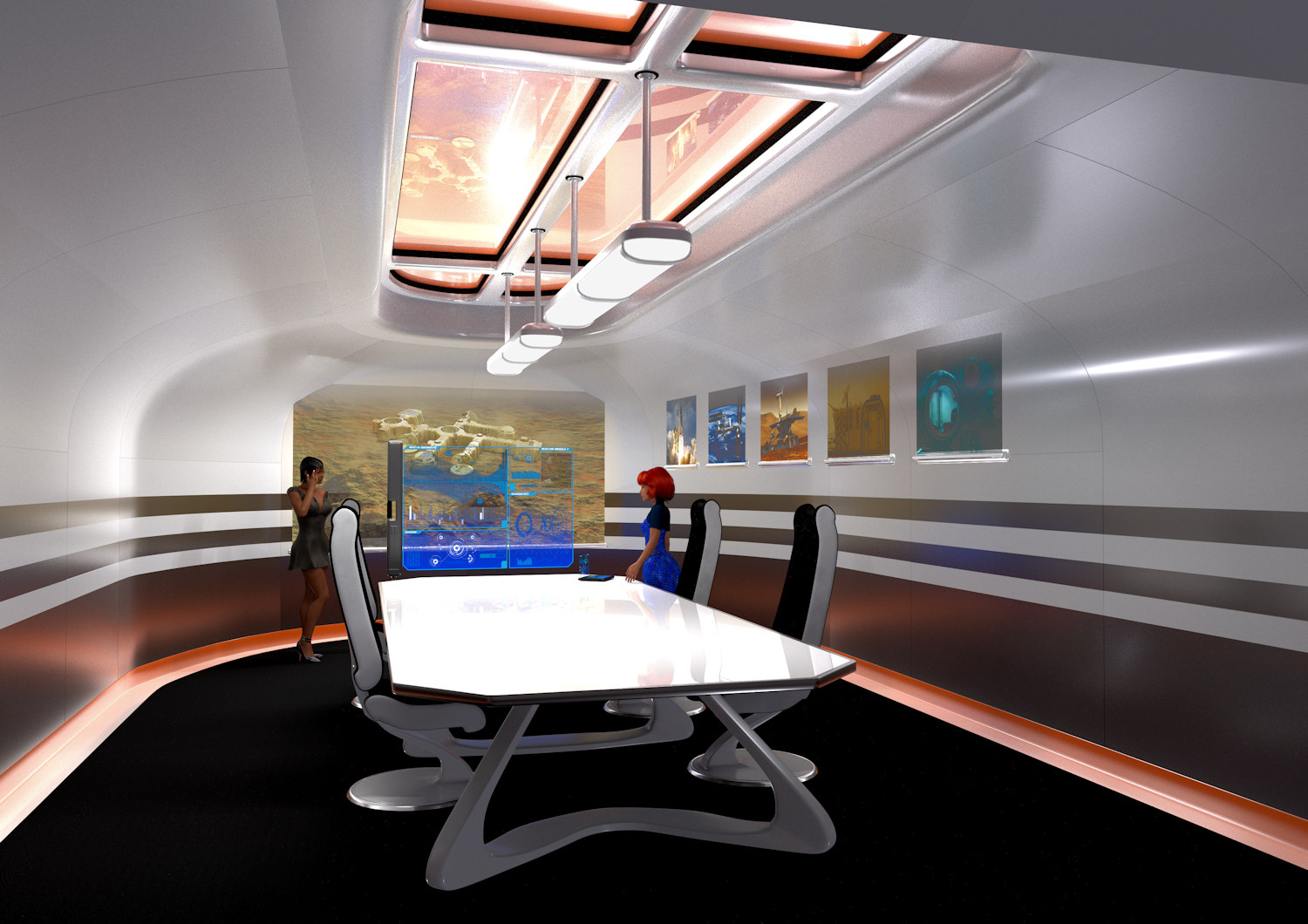 Another coflek-gnorg scene, this time the Colony Briefing Room.

HW Honey Bear
One of the highlights of the visit to the Manor is a lesson in flying. Lucius Malfoy turns out to be an excellent flying instructor. And the Manor grounds are extensive enough that they have none to consider being seen. Across the gardens over the meadow and through the orchard, weaving among the trees.

This is the last illo of 'The Best Revenge: volume 1, The Accidental Guardian'. 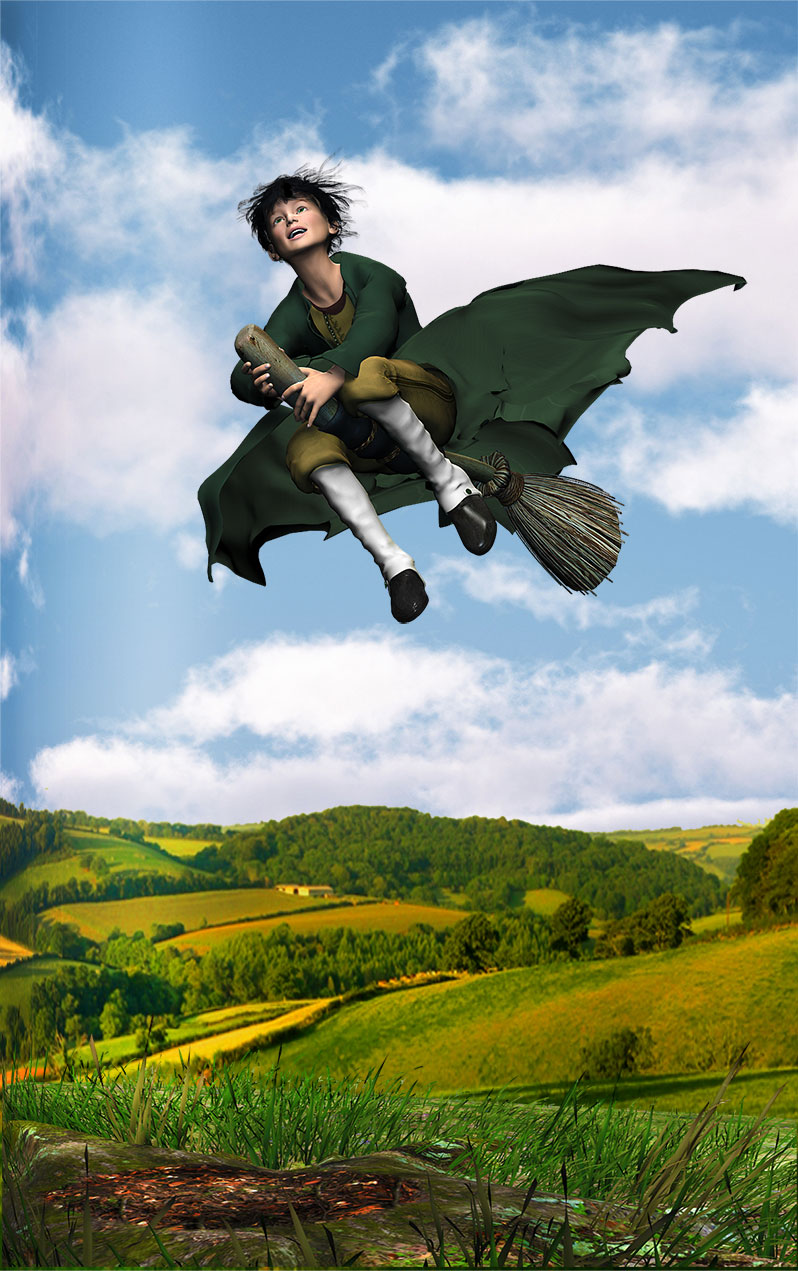 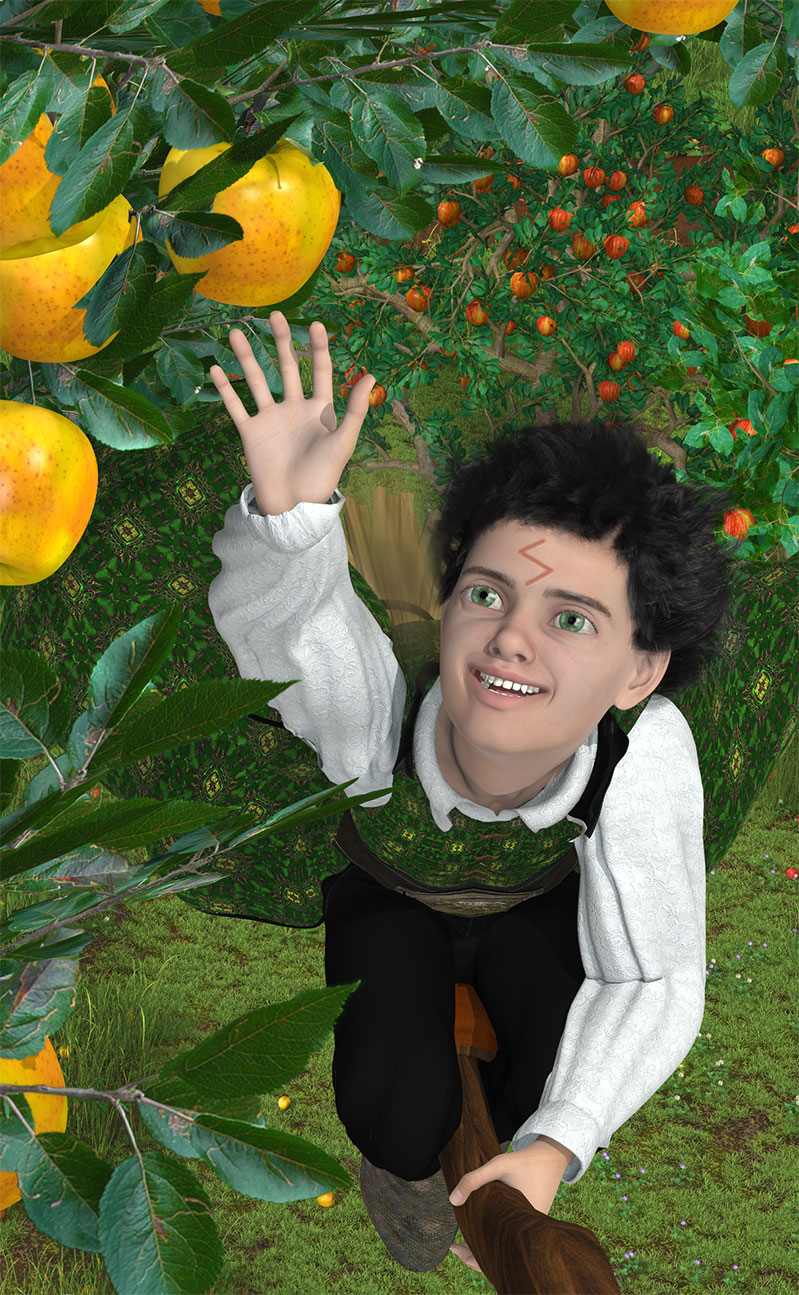 Alice LoRez showing off his Halloween Pumpkins he modelled in Carrara 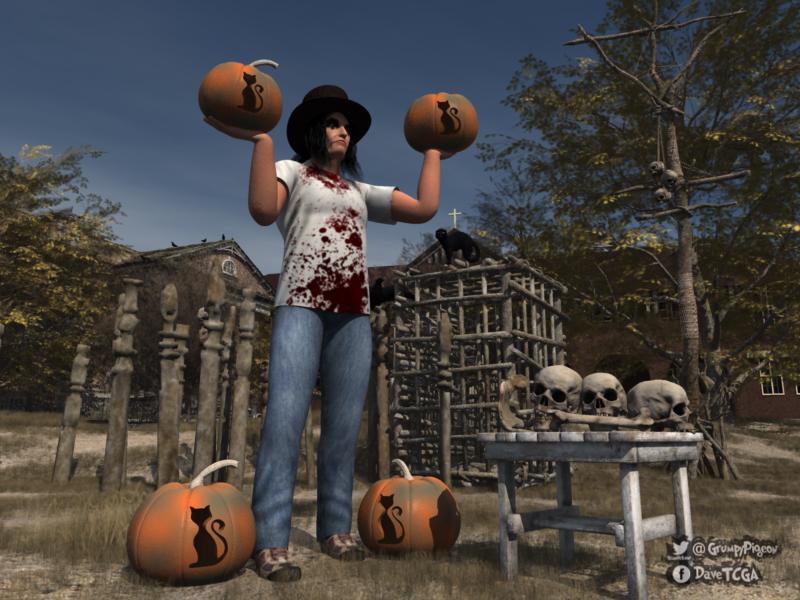 so I seen this cute cat somewhere yesterday and someone commented they'd like a halloween pumpkin with a cat carved out..

so wacky me decided to model a wacky halloween pumpkin with a carved out wacky cat! and share it for all ( who have Carrara

it's over yonder in the Carrara Wacky Modeling Thread 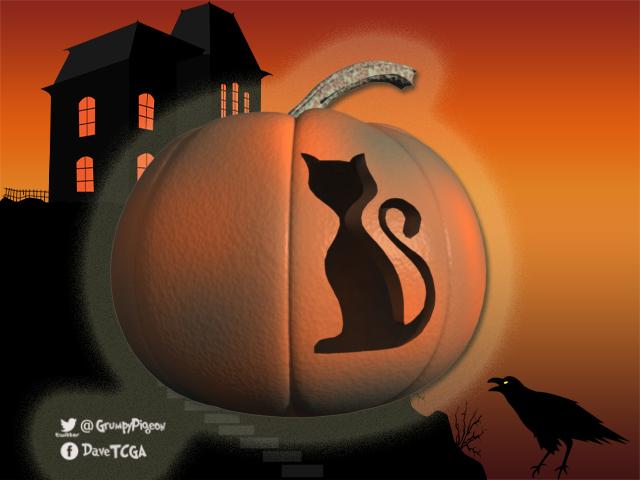 CV-BEE
Ohhh, nice Stezza. At first glance at Alice's pumpkins, I thought they were add-on textures. Now I see they have been actually carved into the pumpkin. Kewl.

yep, I'll have to model some bandaids now after all the cuts I got from carving the hole out 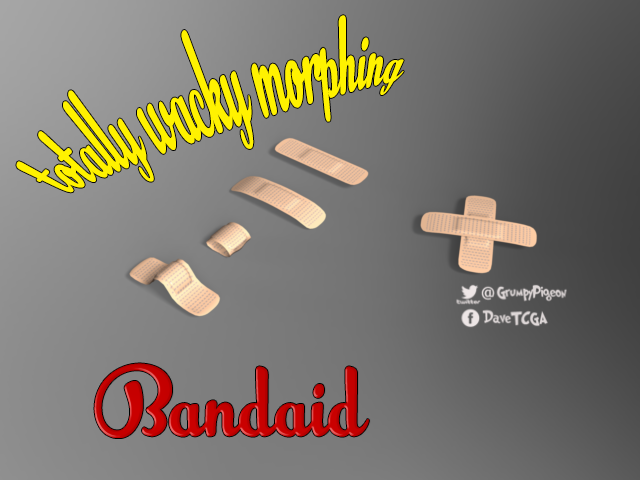 CV-BEE
But looks so realistic.

well, you never know when you need a bandaid 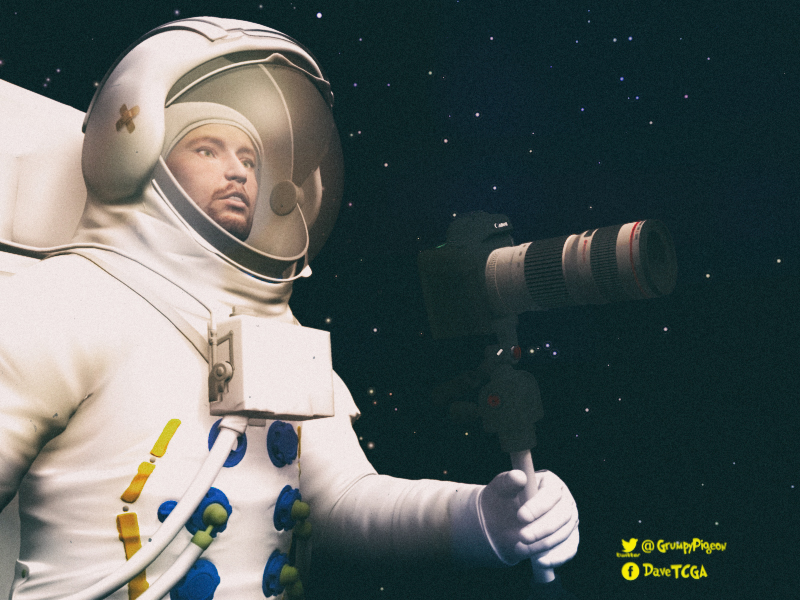 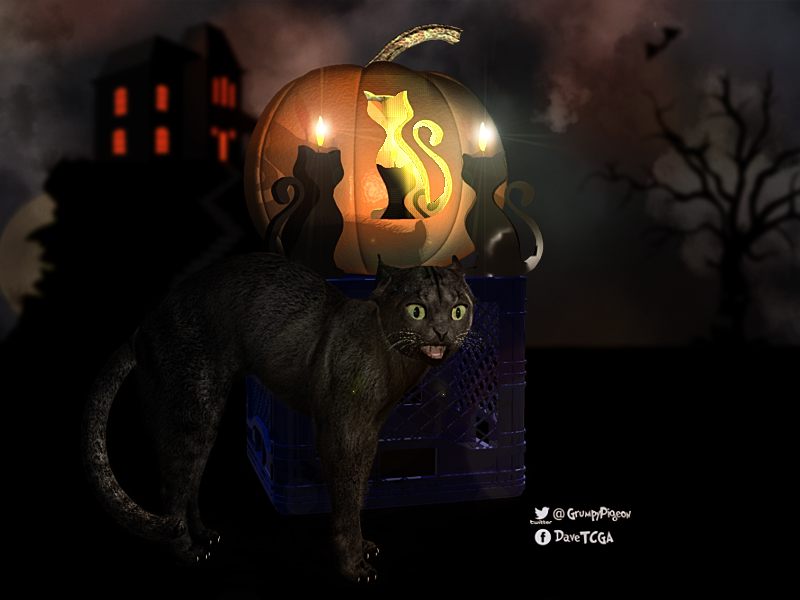 There may be a point where the posts slow down, since I'm only just past halfway through the project, but I'll give fair warning if I hit a blank spot where I haven't got the next illo built yet.

I've already posted the cover some pages back. I've made some modifications, but not enough to be worth a re-post. So I'll start with the Frontspiece. Frontspieces depict where the story opens, and in this case it's on the Hogwarts Express.

The 2011 version, for once, is not an embarrassment. It took a truckload of postwork, and I'm not about to do it again, but I'm not embarrassed. The background was done in Carrara, which I haven't a clue about how to use, but I can open up one of Howie Farkes sets and point a camera at it as well as anyone else. The train was done in Studio, and the final composite is about 78% Photoshop.

The 2020 version was all done in Studio using assets which, apart from the flock formations (and maybe the trees), were built for Poser. 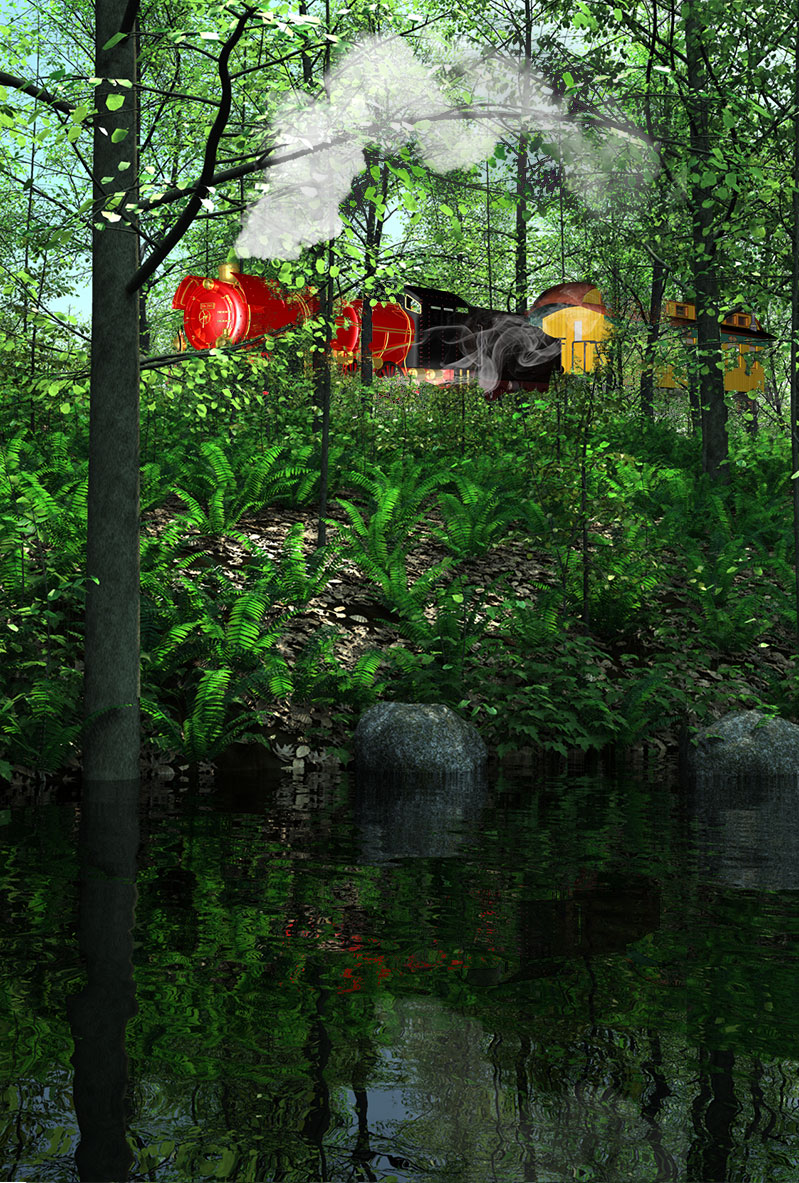 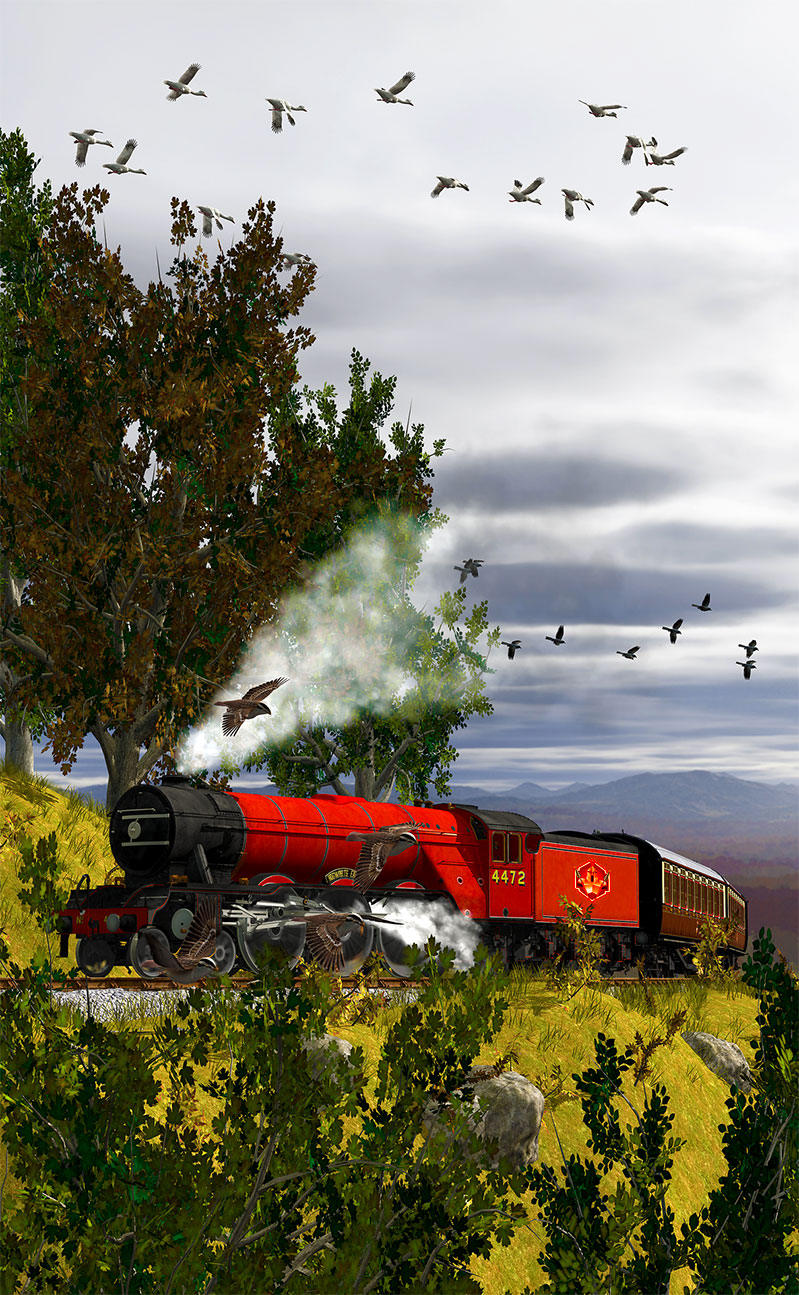 Done in 3Delight and postworked in GIMP
I am trying out night scenes again! 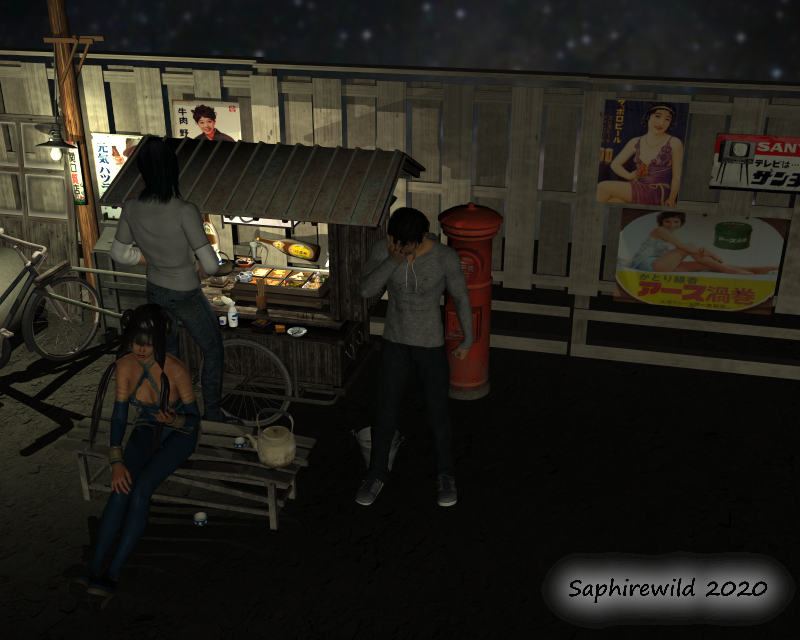