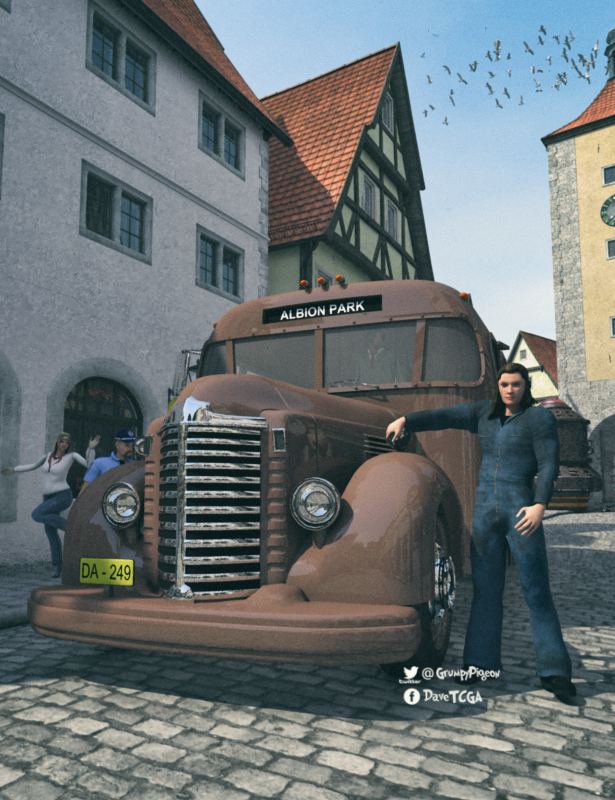 LoRenzo on Tour
in Carrara 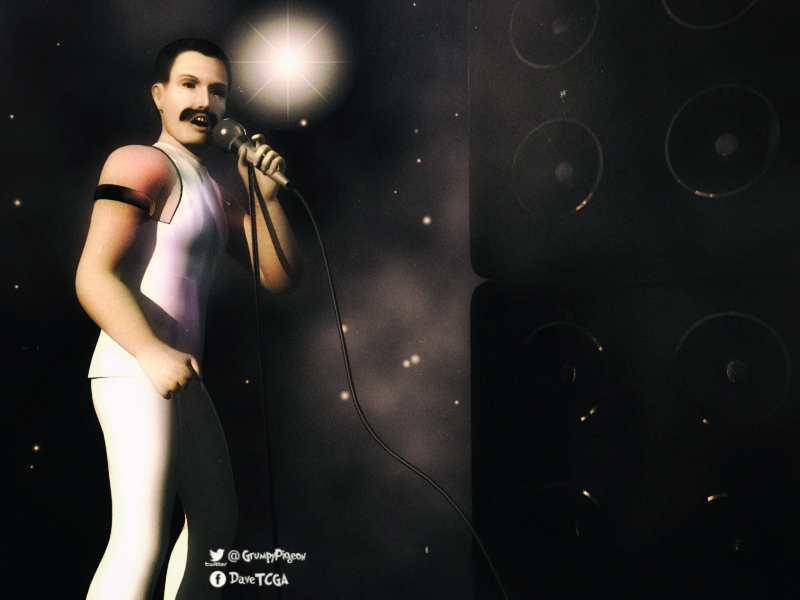 She looked down watching the search lights scan the assembled transport, ready to go as soon as darkness fell. The next few hours would decide if all their work in the last few months had been for nothing. The delivery van would be the first to leave as it was the most likely to go unnoticed in the neighbour hood and would act as the command centre. Linking into a number of drones the command could watch the scene as it developed. The unmarked police vehicles would be next and they would lay off the scene waiting for instructions from command and finally the marked police vehicles would follow. Despite their markings they were the least possible threat to the targets, they would be noticed immediately but that was the whole idea, they wanted the targets flee. Once the targets were on the run and in the open the other vehicles would come into their own. The marked vehicles were not expected to get involved in any shooting, Caoimhe hoped that was indeed the case. The police would already be annoyed when they found she had ‘borrowed’ the vehicles and she wanted to return them in one piece.

The thought of the police sent a shiver down her spine, the operation had to be over quickly, they needed to be long gone by the time the real police respond to the disturbance call they were bound to generate. 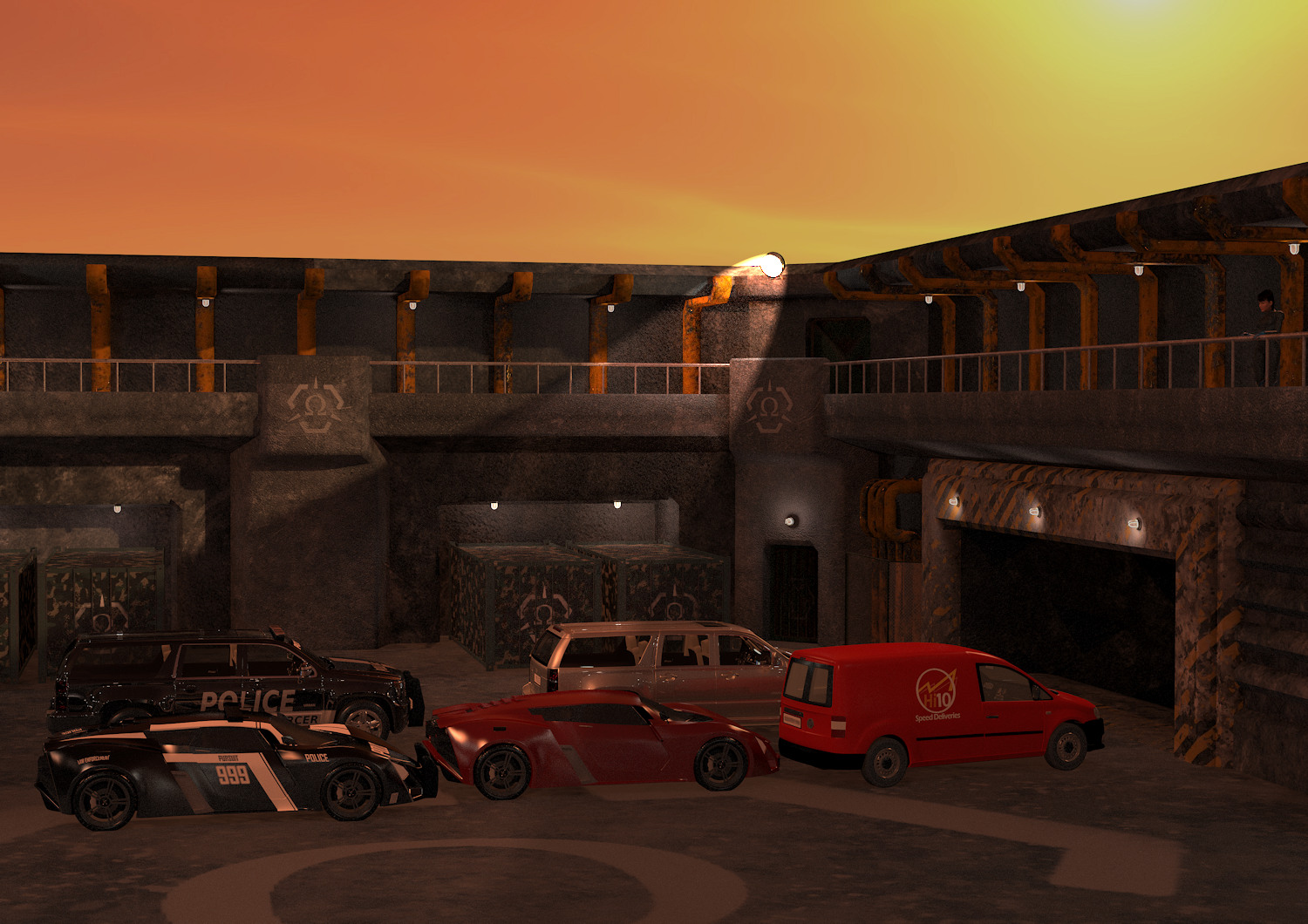 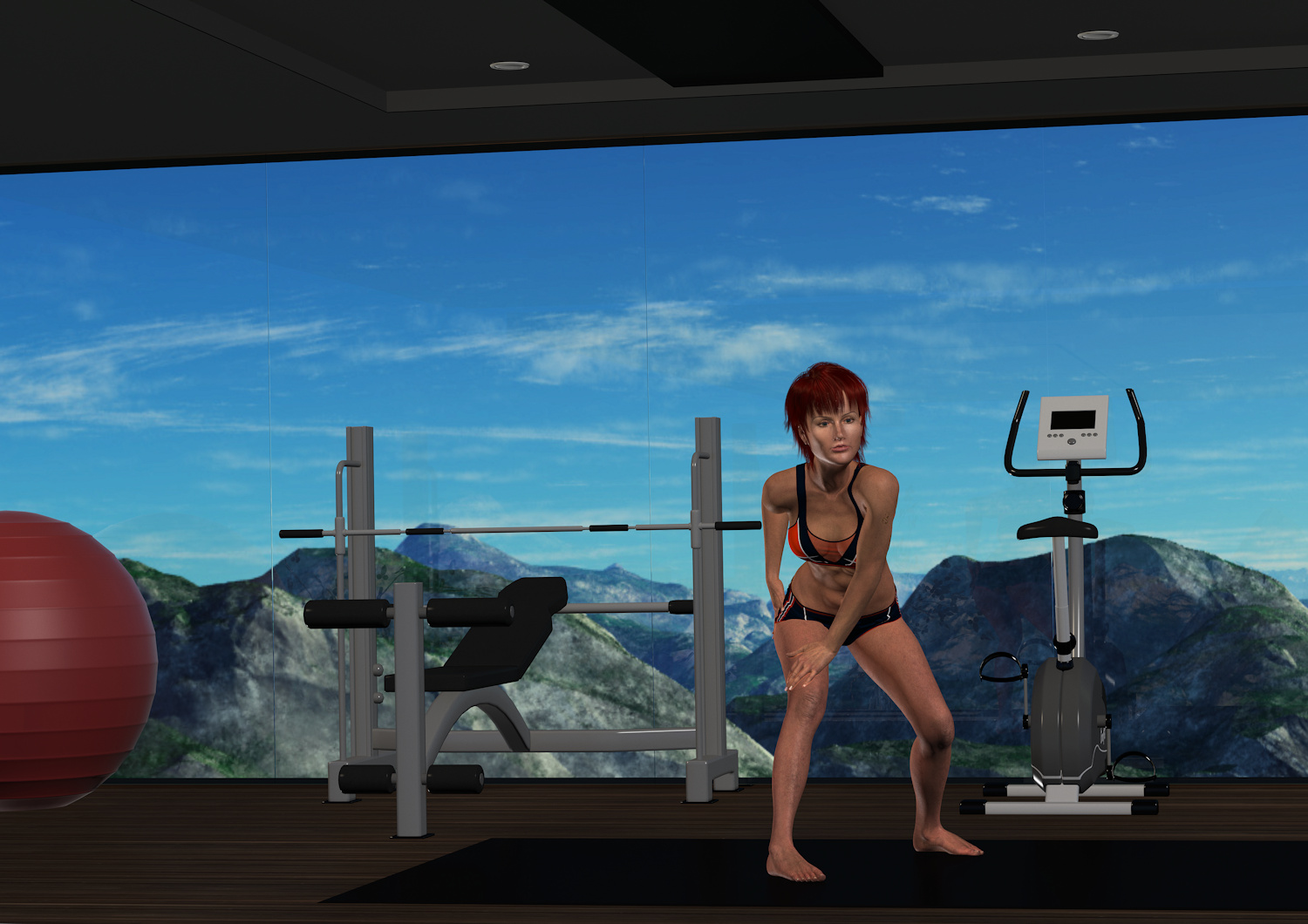 Come this way, please.
You may enter...
At your own risk. 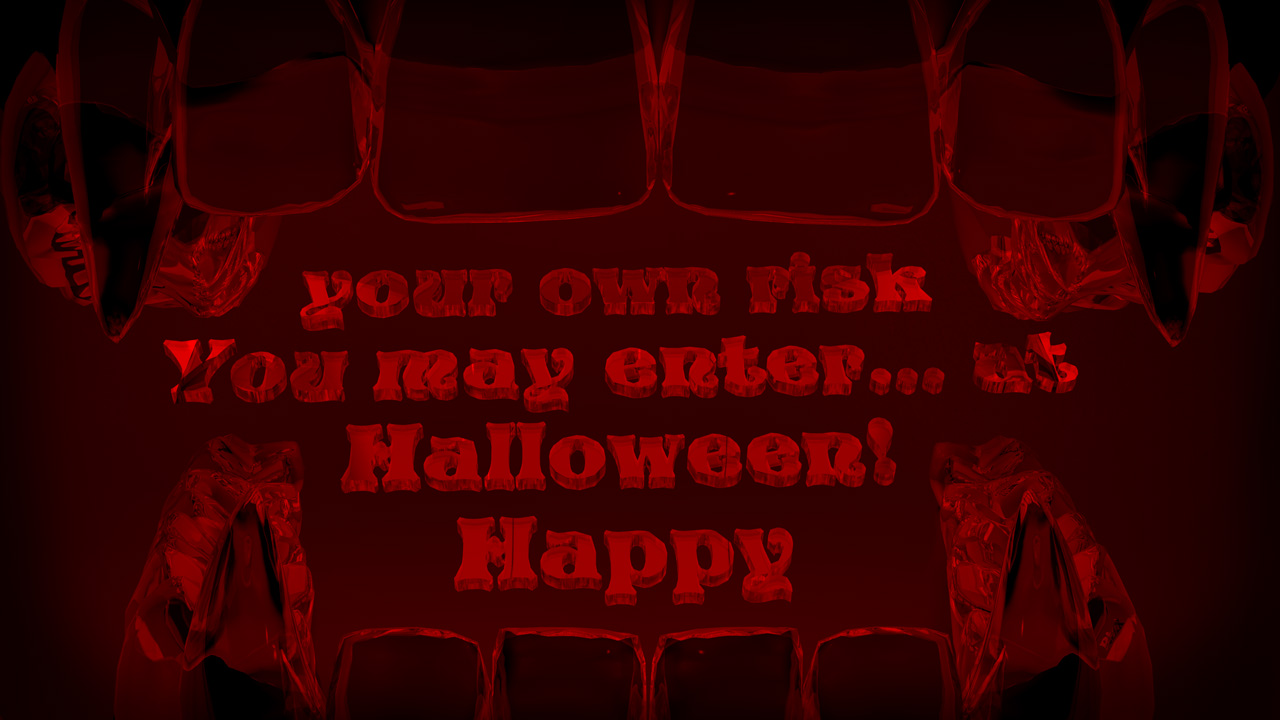 I have been wanting to do a render like this for a couple of weeks now, ever since I noticed the promo for Petipet's Robot Starwaiter and a Solaris location clearly not yet released. So now it is and here is my first render using the Solaris Dining Room. 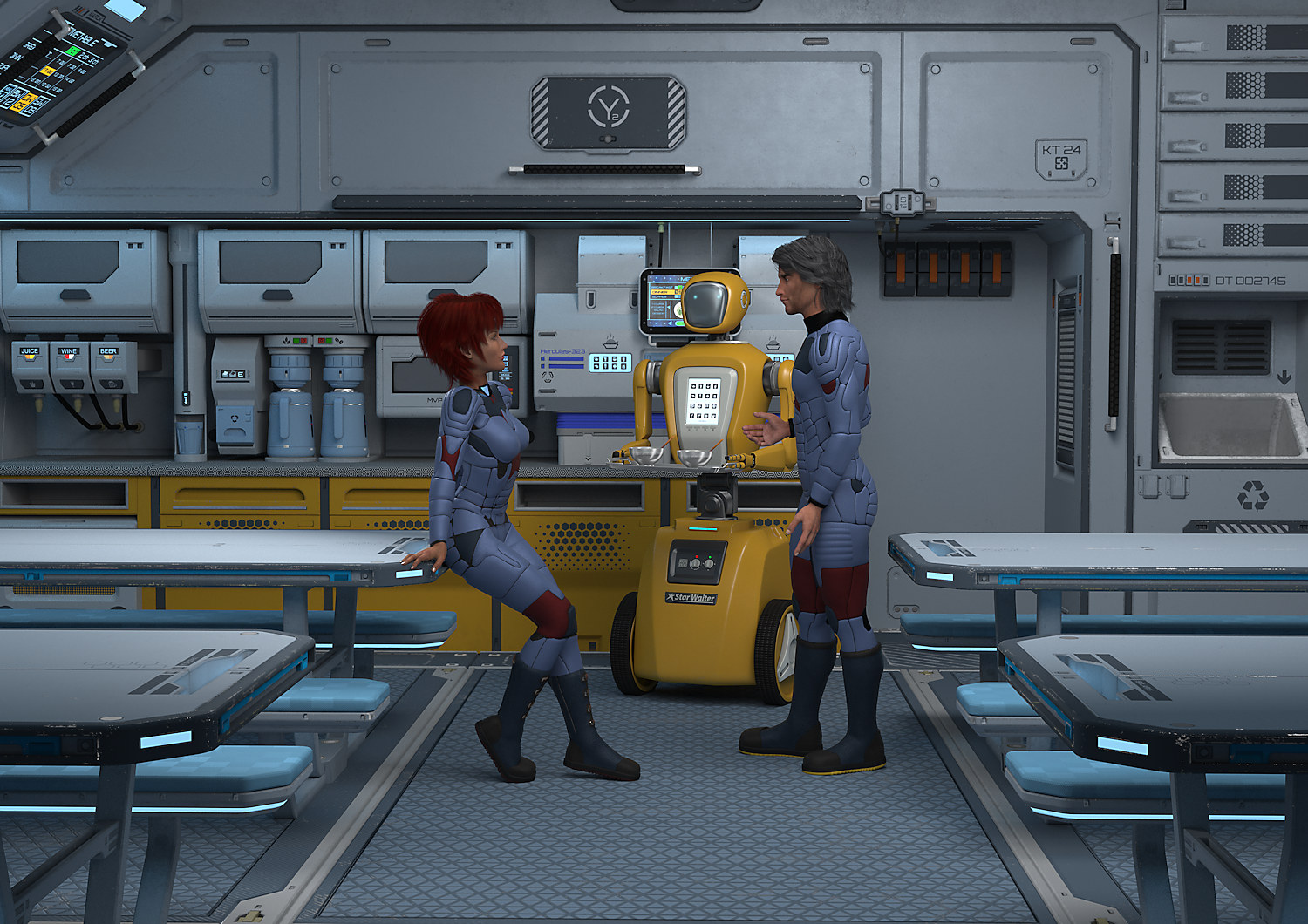 CV-BEE
Ohhhh, very nice indeed. Petipet does some amazing work, and always seems to pick things you don't see anywhere else, but you'd definitely want. I have a good many of his items from when I was still doing most of my 3D shopping at DAZ.

Miss B said:
Ohhhh, very nice indeed. Petipet does some amazing work, and always seems to pick things you don't see anywhere else, but you'd definitely want. I have a good many of his items from when I was still doing most of my 3D shopping at DAZ.
Click to expand...

He is only one of only three artist that I buy from over there. I have all of the Solaris modules which I why this caught me eye when it was used in the the robot promo. It is ideal for story telling as it gives a base to work from with a number of rooms decked out in a consistent fashion and giving massive potential for renders telling of day to day living in space.

CV-BEE
Yes, I know what you mean about the "three" vendors issue, as the other 2 are probably the 2 I've purchased tons of products from over the years.

been watching too much of Supernatural!
BALLS!
I needed me some wacky lawn bowls

modeled the lawnbowls, jack and measure in Carrara. 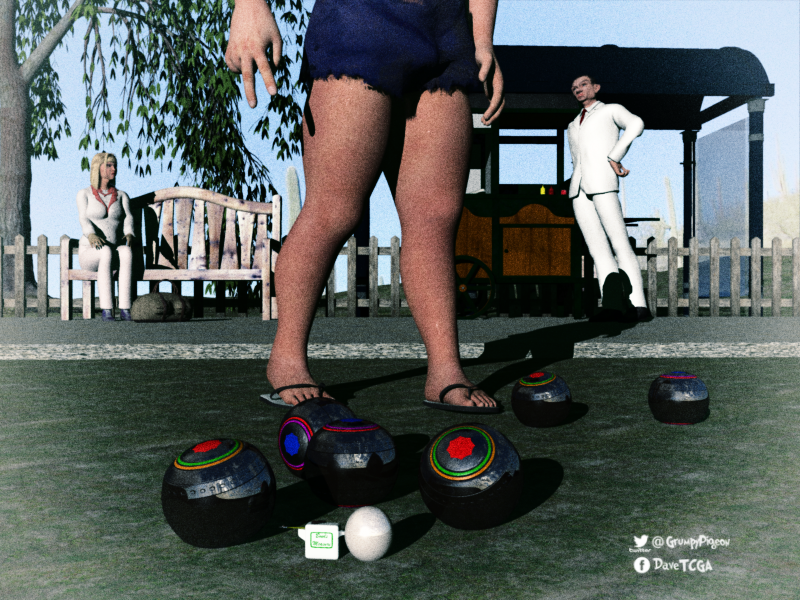 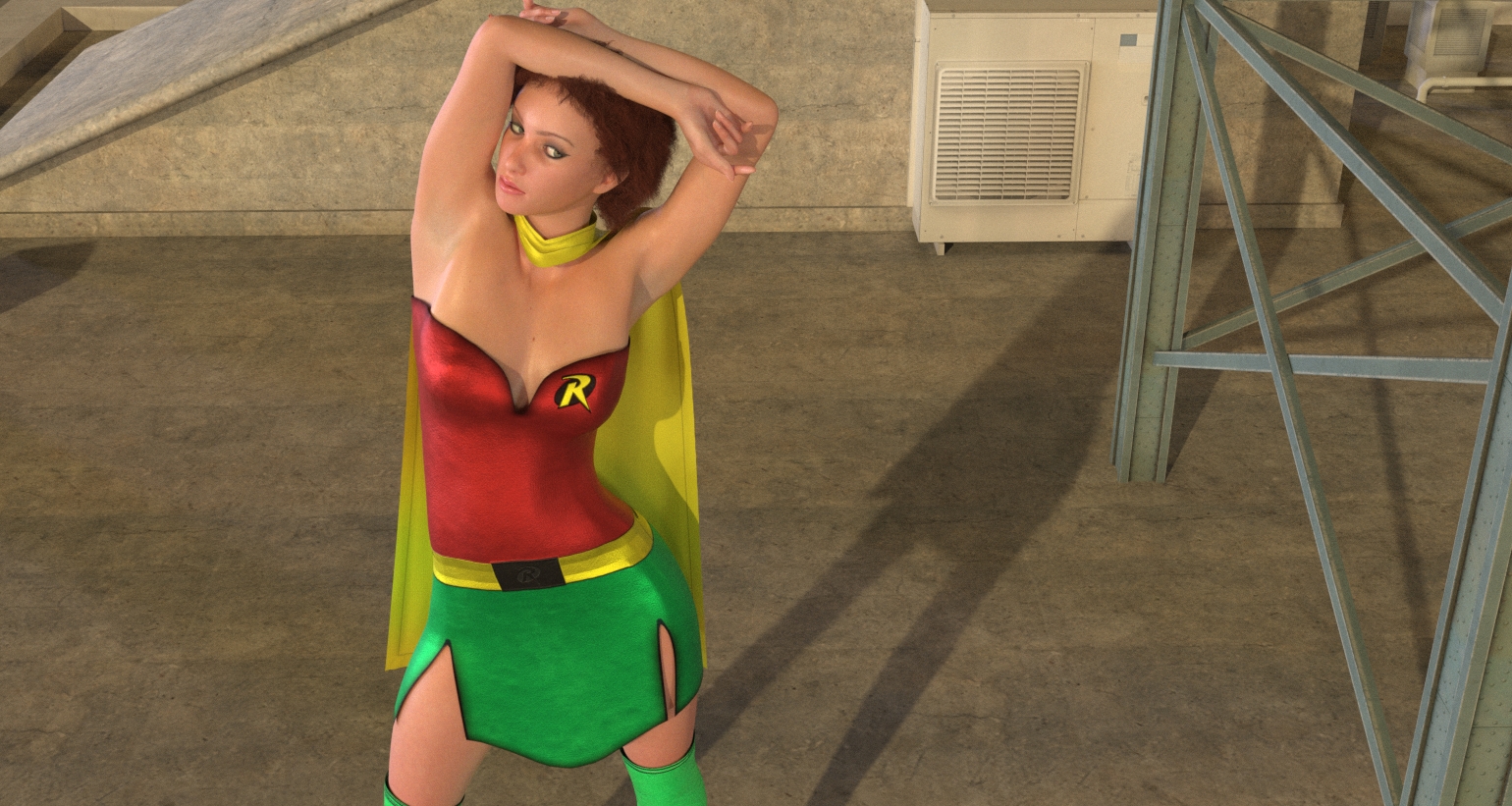 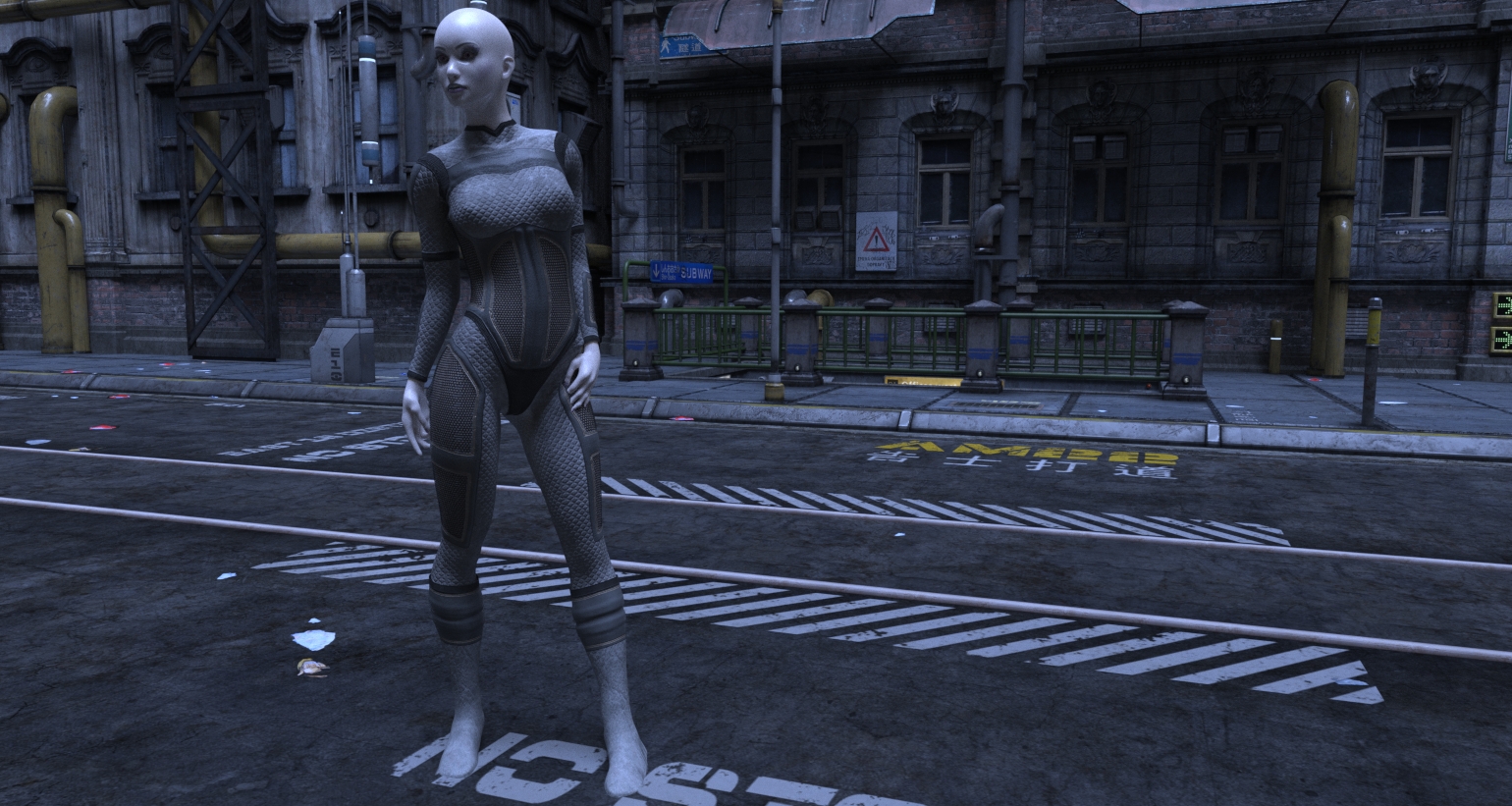 Hey Stezza, playing Bowls in that outfit would get you asked to wear your Whites or Club Uniform. No wonder the man (who looks like your Avatar) and woman look disapproving

Good job on the Lawn Bowls and measure though, however the Jack (white ball) looks too oval.

lol... he'd get booted out for sure lol

yeah, that jack had me thinking why.... it is perfectly round, I double checked the measurements... only thing I can think of is the camera angle makes it look more like an egg than the jack...

weird..... or wacky take your pick

HW Honey Bear
Another Apa cover. Basically using an old Poser set from Coflic-Gnorg which I picked up for pretty much this exact purpose back around 2011. I finally got off my fat apathy and built it.

Coflic-Gnorg's Miniatures_Genesis, one of Flink's skydomes from his dramatic skys pack, vikike176's Iray coral reef, converted to 3DL, SharraMuse's African Cichlids (no, I don't care if I'm putting fresh water fish in a coral reef. Digital fish don't care, and the water is virtual anyway), a number of old RDNA kelp plants and a sea urchin, which I think may have come from there too, a bunch of 3DL shaders and shader presets, the pants and boots of an old Xurge costume set for M4 on the stairway, 3 G8Fs variously as Angle Wings's Diane, converted to 3DL, and 2 Arki/Darwin's Mishap's Aguja Mermaids, also converted to 3DL. I don't remember what the main light set was, but it was from an old underwater environment set, possible for Poser. 2 Spotlights added in the aquarium. One shooting straight up, one shooting straight down. I think the only light with shadows spied was a weak linear point to light the child's face. 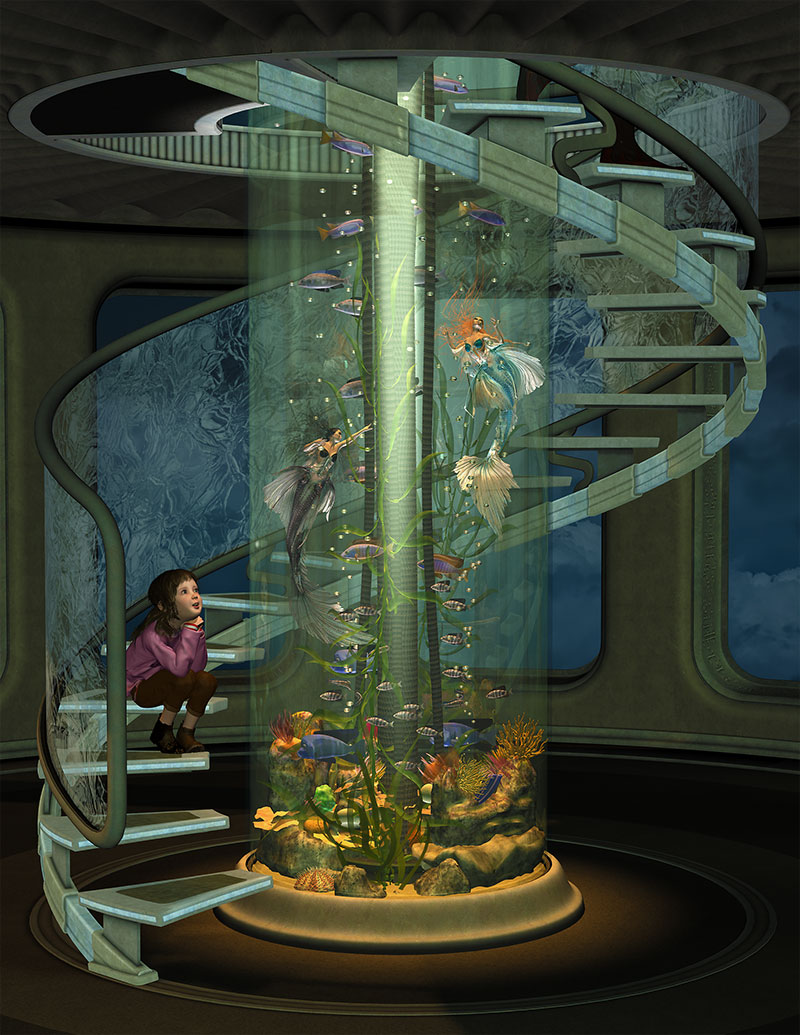 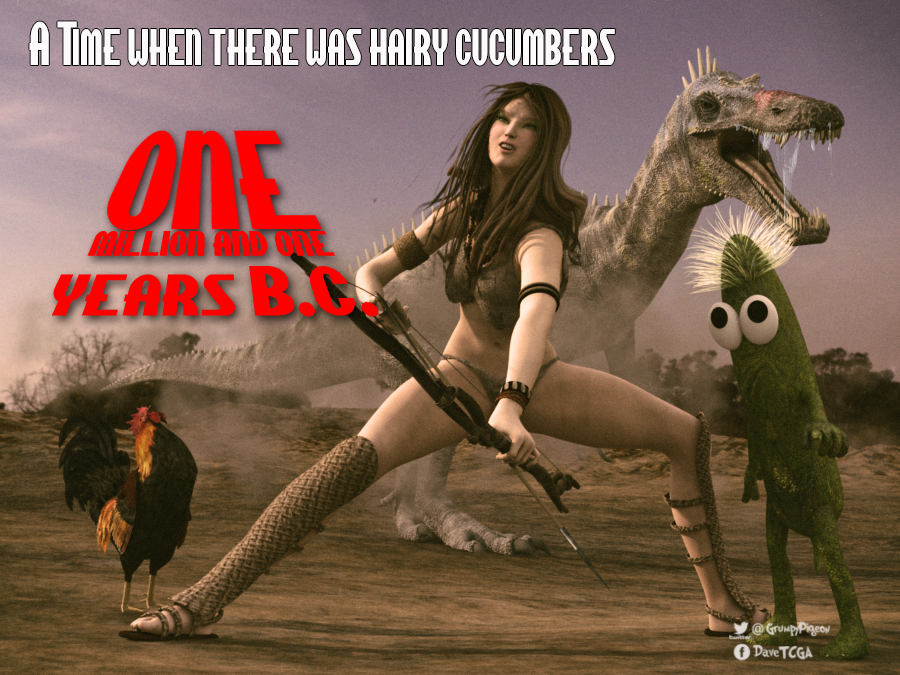 The googley eyes on the tall character got me, I gave a chuckle.

Rock On.... in Carrara ~ all modeled and rendered in Carrara 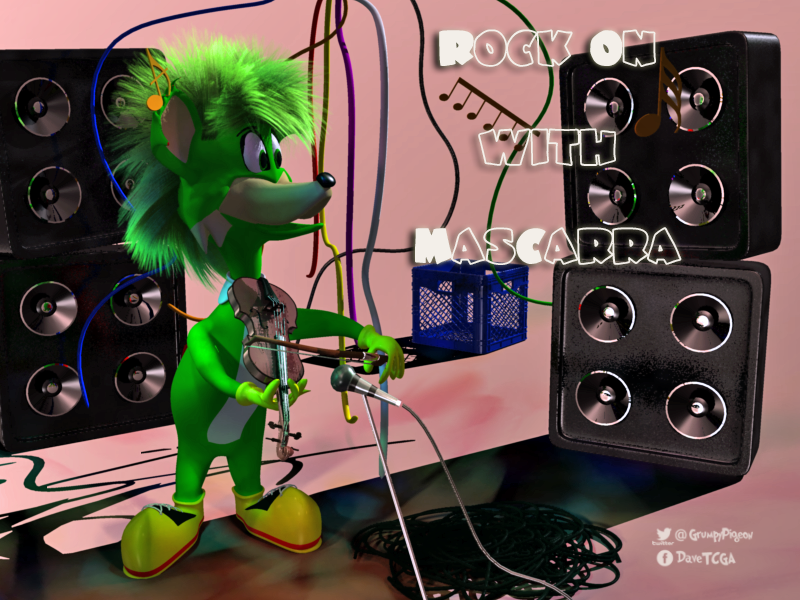 As she walked through the garden Caoimhe was struck by just how much work Turlough had put in over a short space of time. A walk through the garden was a journey passing through so many different areas and none could really be seen until you stepped into each one. Not one of them would be regarded as conventional, well not for her planet and time, but then Turlough was not from her planet or time. In truth she did not know what to make of it, except she thought it reflected his character, mainly subdued and quiet, at each point she found peace despite the fact that so much was strange to her eyes. 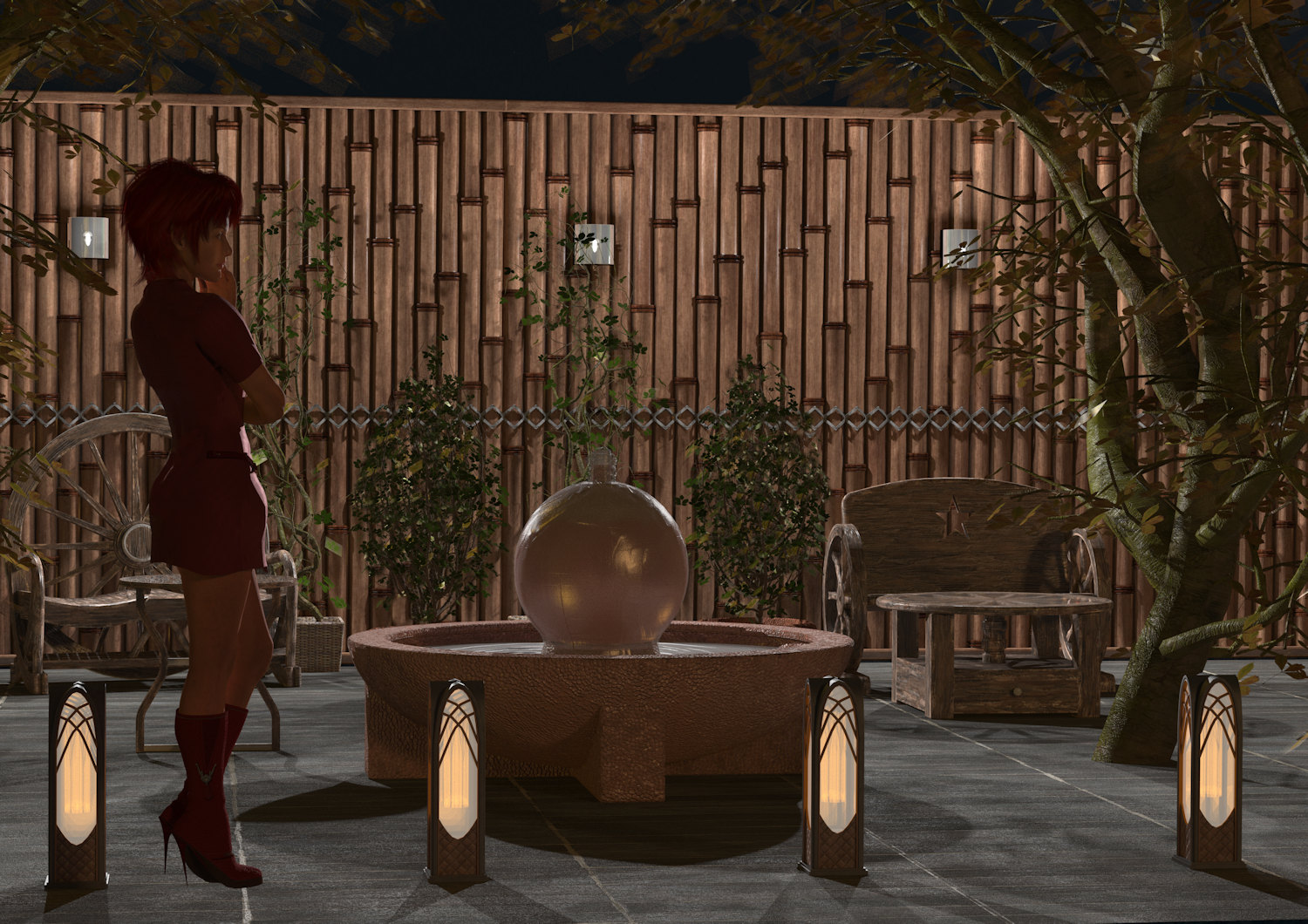 Caoimhe was not much of a party person but there were some that you just had to attend. At some point she would have to decide what she was going to wear but she had a few hours yet. Far more interesting for her was just how she was going to travel there she decided to visit the garage. Of course she knew just what vehicles she owned but any reason to see, touch and smell the cars and bikes was all she needed. Not only that, once she had chosen the vehicle she could use the terminal to finely tune every aspect of it and all she needed to access that was her hand print. There were times when she loved technology. 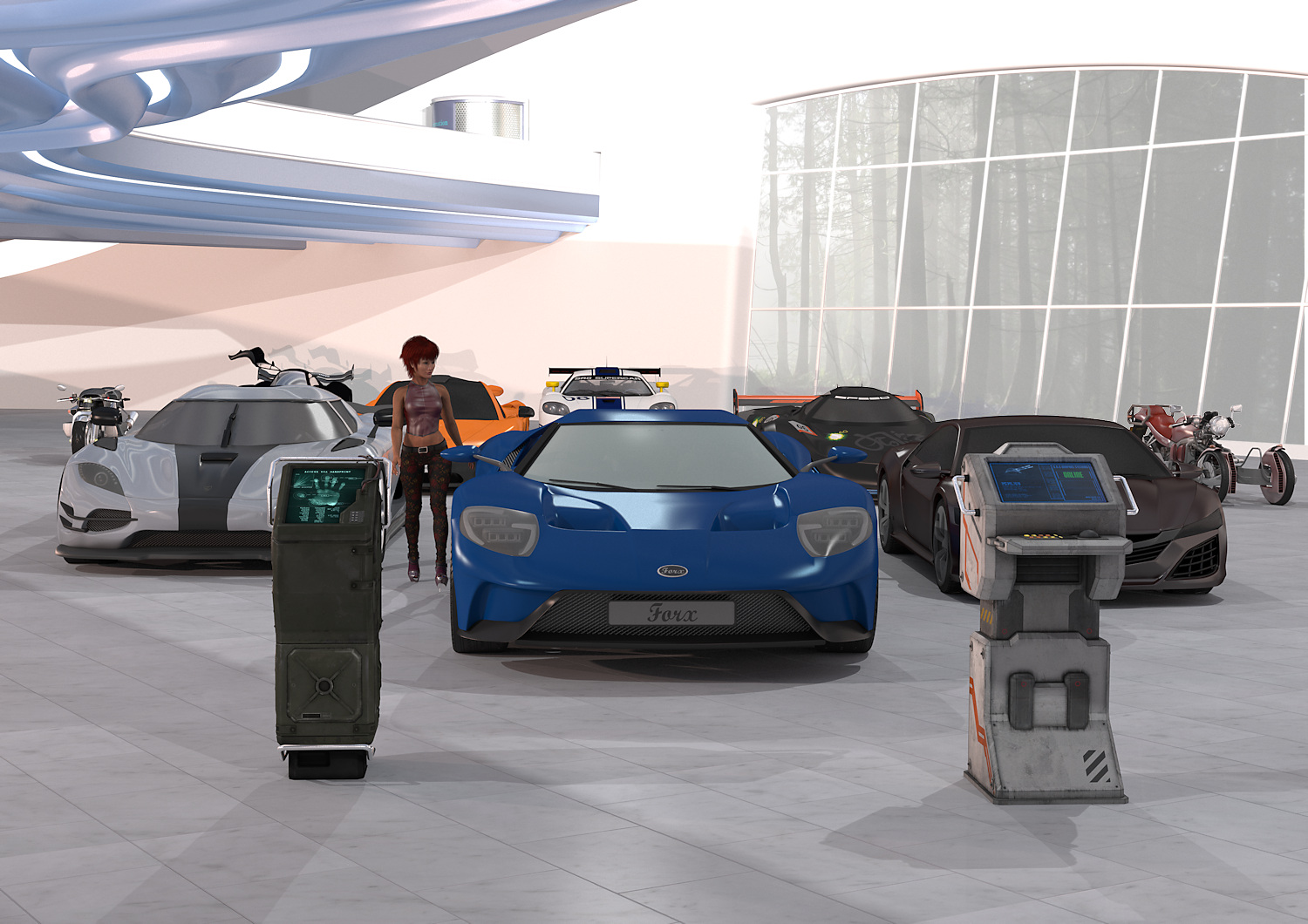