Contributing Artist
Love the new face and body of Dusk Special Edition! Thanks to Chris and Lisa for including me in this project!

I look forward to seeing the images that all of this talented group of artists are going to produce after acquiring this valuable product!

Great to see you to Lorraine! Have a great weekend!

Great to see you to Richard!!

Chris said:
Okay. Time for another sneak peek. Virtual World has all the product imagery completed now for your/our new Dusk SE. The product is in the hands of final QAV as well.

Wow so much awesomeness!!! Virtual World did a lot of absolutely amazing work on his textures! Really looking forward to him!

Pendraia said:
And Rick's back too!!! Yay...great to see you post again!

"Hello? Bank manager? Well! It's like this. Hivewire3D have a new Dusk SE coming out any day now and I'm going to buy it for sure, so no arguements from you. Right! Otherwise I'll be sending the Grandaughters round again and you know what happened last time! Have a nice day and I hope your nerves get better real soon! By-eee!"

This is such a wonderful looking Dusk! Virtual Worlds does beautiful work on skin textures. As soon as Dawn SE came out I bought her immediately ..such a gorgeous character. I will do the same when Dusk SE is released! Fantastic job on the new figure shape too! Great job to all who made this new guy! Awesome!

Virtual_World said:
Love the new face and body of Dusk Special Edition! Thanks to Chris and Lisa for including me in this project!

I look forward to seeing the images that all of this talented group of artists are going to produce after acquiring this valuable product!
Click to expand...

We're very fortunate to once again have your involvement with your wonderful map work and product imagery. You're so very talented, and we appreciate what you've done for Dusk SE!!

Lyne said:
In my humble opinion, so much of the 'character' comes from the texture (skin) mapping... but also a lot of 'character' comes out of "dial spinning" the various morph/add on packs for him... I've got a 'fully loaded' Dusk in my characters folder...
Click to expand...

While it's all well and good to spin dials, as with morphs, they can only do so much though, and I wasn't overly impressed with the morphs that I do have - apart from the vampire which is amazing. I'm just saying that it would be nice if his face had a bit more detail. I said the same on Facebook. (I won't name names, but it was implied that I was a liar and didn't own Dusk, or any morphs at all!) But there you go.
The body is fine, but the face still has the same mannequin look about it. I think the irises might be a smidge too big as well. But this is constructive criticism, and that's just for the face.
He actually looks a bit like Andy Burnham MP, only with more personality.

I did start on doing a Dusk character. But I tend to bounce off onto other things. 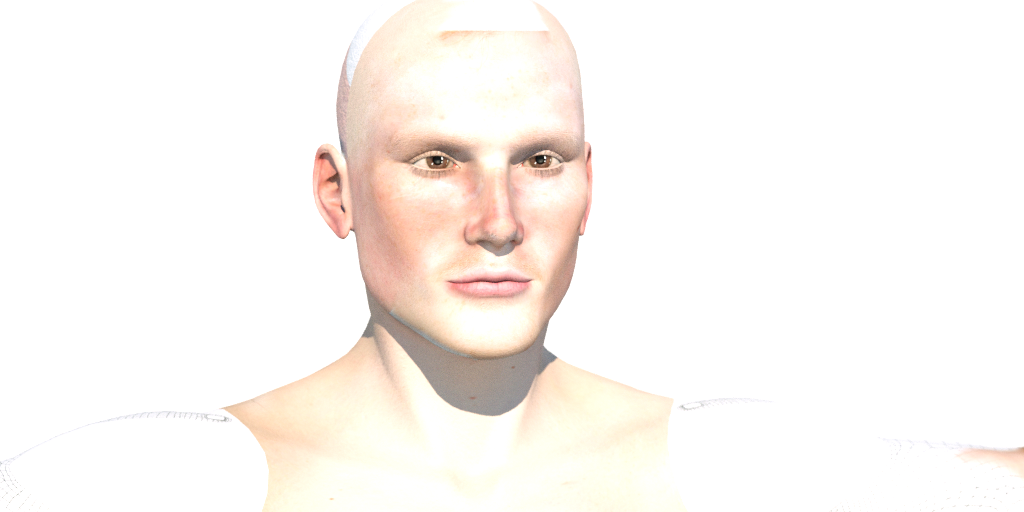 CV-BEE
I like what I'm seeing so far Nod.

Contributing Artist
I like what I'm seeing too Nod...I'm wandering which morph packs you have...I thought I'd seen a morph for his iris size but maybe I'm wrong or it's in one of the additional morph packs.

Just checked and I do have an iris size morph...it may take me a while to check which pack it came with though...I let you know.

Contributing Artist
Okay, it was quicker than I thought and looks to be in the starter pack.

Do you have a search function in poser to find different parameter dials? It should be under Head/Eyes

Thanks to all for your comments about the textures! I am very happy that you liked what you have seen so far and I think you are also going to like the features that you haven't seen yet, as the face with the facial hair.

Chris said:
Going to show you some of the differences with the original Dusk, and the shaping of the new Dusk SE. Here are a few screen grabs to show comparison images of the mesh, without the gorgeous map work. I've been leaking some of the Dusk SE screen grabs in the Ruckus thread, just to see if anyone would notice any differences, but I think the armor was the focal point.

Cake without the icing. Cookies without the cream. Here ya go. Dusk original on the left of each pairing, and Dusk SE on the right.
Click to expand...

I think he looks younger, and that is a good thing in my opinion, the new mats really help with that as well. Old Dusk looked 30's to me, while new Dusk looks 20's. Which is good, because with having Old Dusk in the morphs, you can go from younger to older without any new morphs, just changing the skins.

Was working on hair fits from some M4 hairs for Dusk. FL's Alaric2 in P11 Superfy 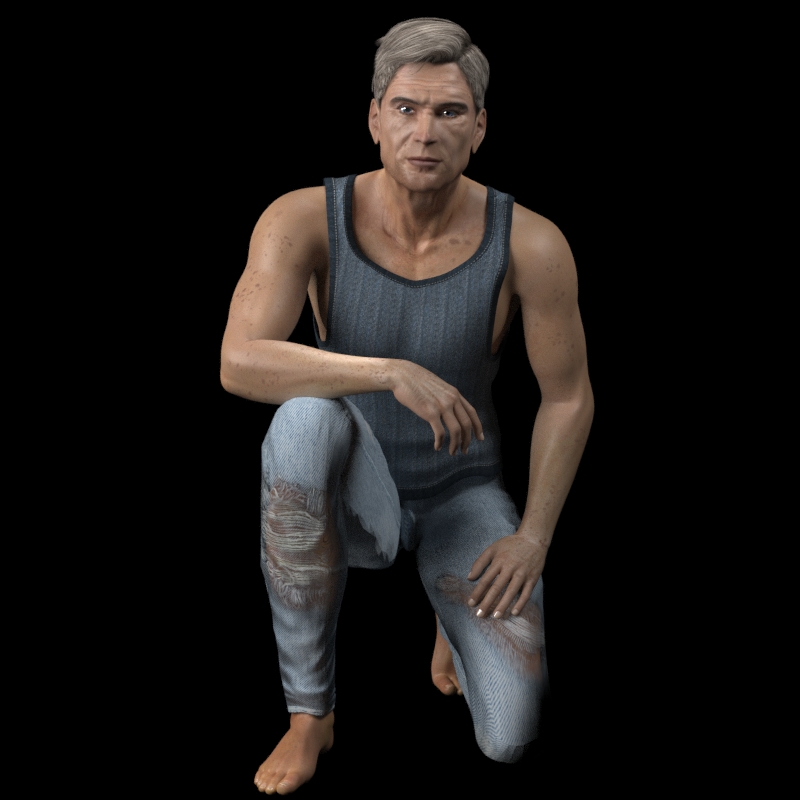 Contributing Artist
Would love to get some more hair fits! I have a really hard time, even with parenting to get the hair to move when posing Dusk or Dawn. I know I'm doing something wrong, but the fits really help. The clones are wonderful for fitting clothes, now, though!

Contributing Artist
I do that, and the hair jumps all over the place (usually embedding into the head) and then won't adjust or move.