CV-BEE
Oh, thanks for the links.

Checkout the new ANT Landscape options! Now you can create all kinds of terrains with it. 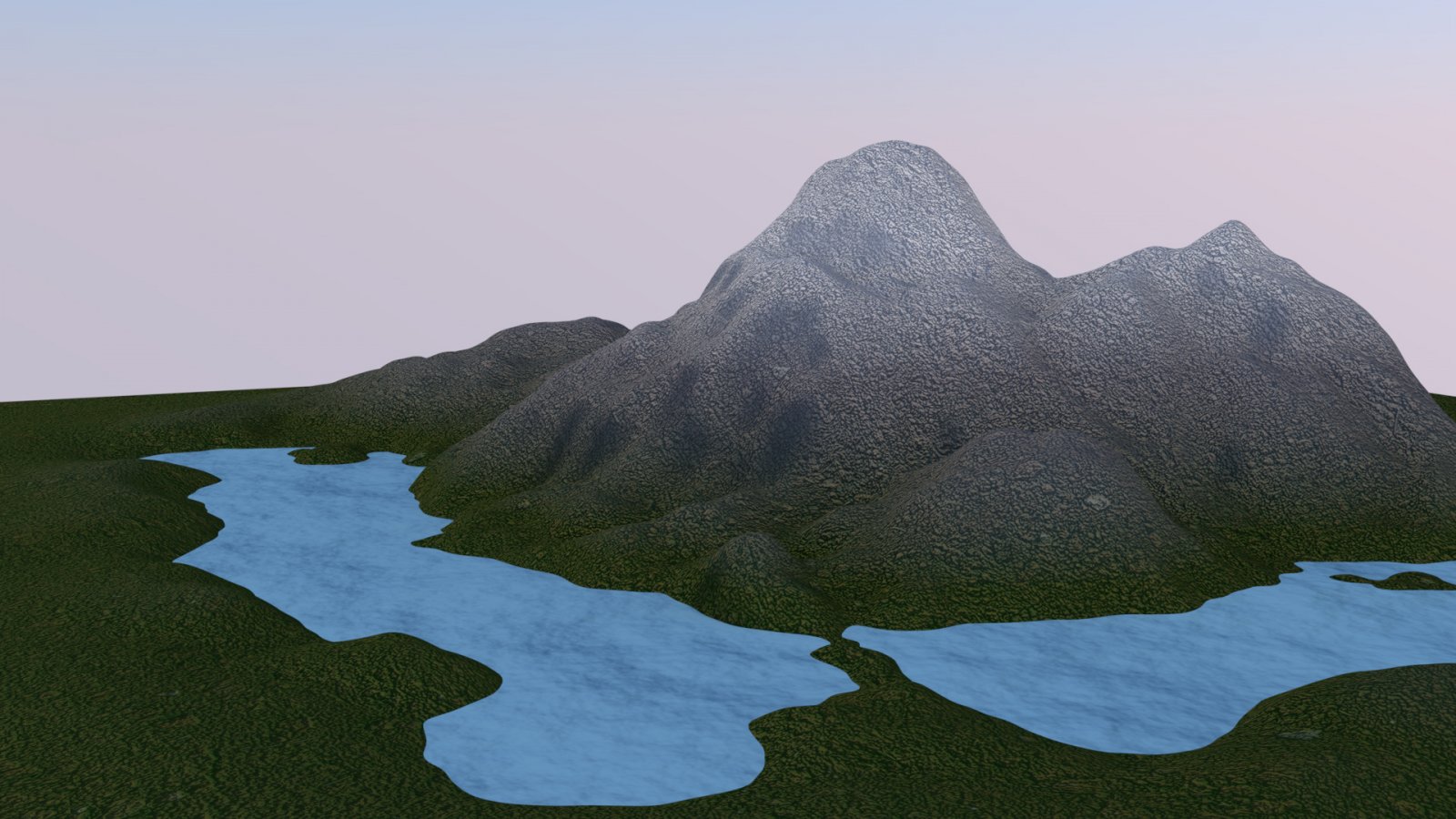 CV-BEE
Nice Jay. Blender may yet give Bryce a run for the money.

Blender seems to be my new "go to" tool for everything from modelling, UV mapping and scene building. With the help of plugins like the ANT Landscape Generator, the Sapling Tree Generator and the particle system that doubles as a replicator, we're nearly there. What we need next is a shader browser, something like in Carrara. Now that would be lovely!

CV-BEE
I only use Blender for modelling and UV mapping, even if I model something in Silo, I UV map it in Blender.

What exactly do you mean by a "shader browser"? You do know Blender has a Node Editor.

I'm curious too. I don't use Carrara, so I don't know what it's shader browser is. For easy drag and drop though there's always this type of layout, and it supports easy drag/drop to auto-create the image node w/ the dragged image.

I don't do animations, so I replaced that bottom editor with the Node Editor, so this is what my Blender layout looks like, which is why I was wondering if Jay was referring to the the Node Editor when he mentioned Shader Browser, or if it's something else.

Of course, in this case I was creating it from scratch rather than selecting something in a scene. 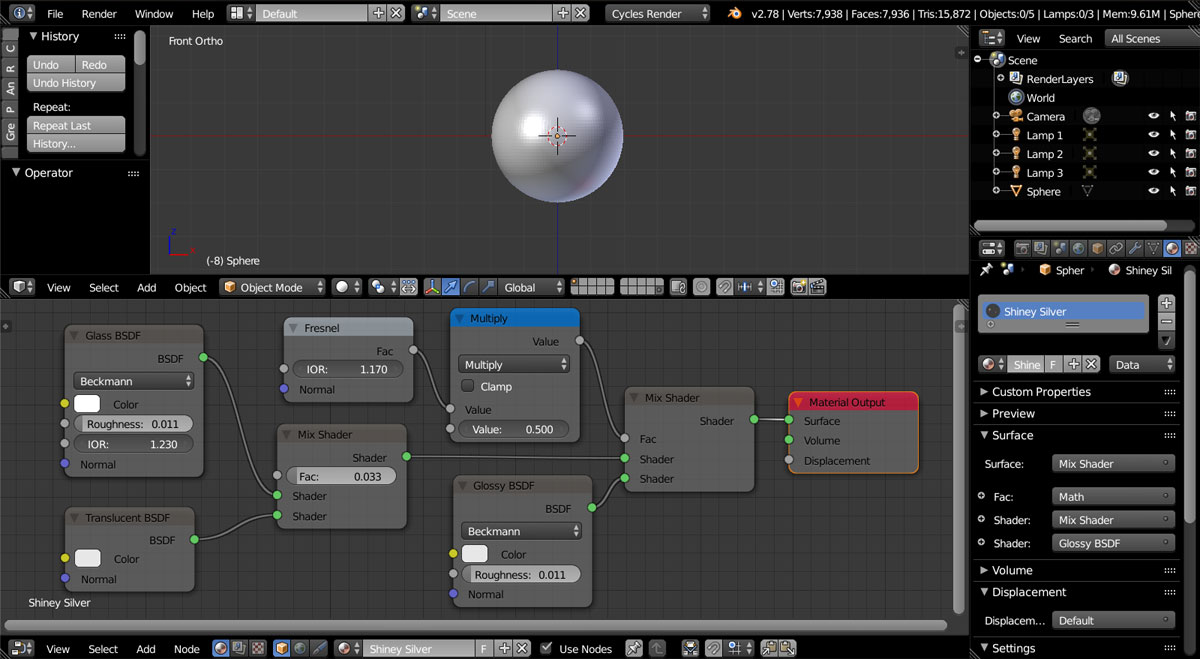 By Shader Browser I mean something that both Carrara and DAZ Studio have, although it's a bit hidden in the latter. A system where a complex shader can be dragged onto the surface of an object without us having to recreate it from scratch every time like we have to do in the Node Editor. Don't get me wrong, the Node Editor is great, but it's just that - an editor. And by "complex shader" I don't mean one with a couple of nodes, I mean those that have 50 nodes or more (the really good looking ones).

We don't yet have the ability to save a shader by itself, although you can bring one in from another scene by digging into the blend file. It's just not possible to build a collection and easily apply existing shaders in Blender as far as I know. However, something may be in the works with the Blender Cloud plugin.

In fact, let me show you what I mean in a little video:

I think what the preference would be then is for blender to have a shader specific file extension to save out to. With that, you could just set up a window as a file browser window as I've done above and drag/drop from that.

Yes that would be great - I don't think it has that at the moment. And thanks for the tip about drag and drop, I didn't know Blender could do that. Very cool!

CV-BEE
Blender Version 2.79 is now available as a full release.

Contributing Artist
And we have Material Library VFX - not as fancy as the proper library with thumbnails, but working.

CV-BEE
Some comments over at the Renderosity Blender forum have me wondering whether I should install the new update to it's own folder so my 2.78C doesn't get overwritten. There was at least one complaint the new version takes a long time to load, and parts of the UI are laggy/sluggish.

CV-BEE
Yes, I always save the config file separately so I don't have to re-setup everything.

On macOS it does this by default: you always get to keep the older version, and the newer one installs itself alongside the old one. In due course you can then remove the older versions. Windows I believe will overwrite minor versions (say 2.7.8a with 2.7.8c), but will install 2.7.9 in a new folder from what I remember. And yes, it's worth doing!