Ken1171 said:
Thanks Pen! If shadermixer can do it, Poser material room should be able to do it too, since both are based on the same Pixar Renderman shader language. Any clues how? This is how it looks single-sided.
Click to expand...

I just had a quick look at the network in DS and also what nodes Poser has available...Richard's network needs an 'if else' and 'compare' bricks/nodes...I couldn't see anything that sounded similar but there is probably something that would do the job. Sorry it's beyond my capabilities in Poser. DS on the other hand I can help with.

Contributing Artist
Thanks Pen. I am checking with SMS if Poser can do it.

Contributing Artist
I would think it could...the nodes are probably called something different. The blender node is the mix brick in DS. I'm just not sure which are which without a lot of experimentation.

Contributing Artist
I have never seen a double-sided material in Poser before, so I think SMS should know how to pull that off.

Ken1171 said:
Hey, I always wanted to know how to make double-sided materials in Poser. I can make them in 3DSMAX, mas no clue on Poser. Can DS do it too?
Click to expand...

Problem with FF is that I can't find anything with incoming/view vectors in FF nodes. And "flip normals to avoid render artifactes" line not inspiring too.

Contributing Artist
I am still awaiting on SMS for an answer if Poser supports double-sided materials, and how to get it done. Not sure if they would answer over the weekend. If not, then next week.

You will run into these if you are using any previous versions, because SMS will only fix the current version. Morph Split and Morph Deletion are still broken in Poser 10/PP2014. These will never be fixed, so I quit using PP2014, but PP11 is still not quite in a usable state at the moment. Looks like they have rushed it.

Contributing Artist
That's not good...as you've seen there seem to be some odd things happening when fitting clothing to Diva also. I'm going to have to get a handle on this so I can do some clothing for her in both programs.

Contributing Artist
Yeah, this has been messing me up because I can't seem to finish this outfit, no matter how hard I work on it. All the work I've put into the leg JCMs is not working anymore in the current build, and I have already notified SMS yesterday. I know the JCMs are fine, but this new build is ignoring them as they didn't exist. I am back to spiking the legs up when I pose them, but I am sure this is Poser, and not my rigging. We have seen in the renders above that it was already finished. I can't do anything until they fix this.

I guess this new speed SMS is doing things comes with a price.

Contributing Artist
Got tired of waiting - just dropped the current JCMs and created brand new ones from scratch. Everything is working again, yaaaay! It's kinda scary how many parts this outfit has, like a cowl + 2 extra masks, the belt + 4 extra buckle crests, and the 5 chest emblems. That's a lot of geometries, and they are all conforming with morphs. The cowl and 2 extra masks now support all major facial morphs from Dawn, where the list is rather long.

Existing color themes are Black (default), Brown, Cyan, Red and Yellow. But the thing is, I made the materials easy to change by just picking a diffuse color, and without having to mess with the other maps. I did this with my other recent products, to include "Office Lady" for Dawn, which was released today. Just pick a diffuse color and all texture maps follow. ^____^

Now back to making promo images!

Contributing Artist
Sounds great! I'm pleased you're back on track...

Contributing Artist
Thanks, Pen! After rendering with Octane for these many years, I have become rusty with Firefly. LOL

Contributing Artist
Mixed the superhero suit with the Jungle Weapons Pack and the Chibi head. Had to practice a bit with Firefly - it feels so difficult after years rendering with Octane!! XD 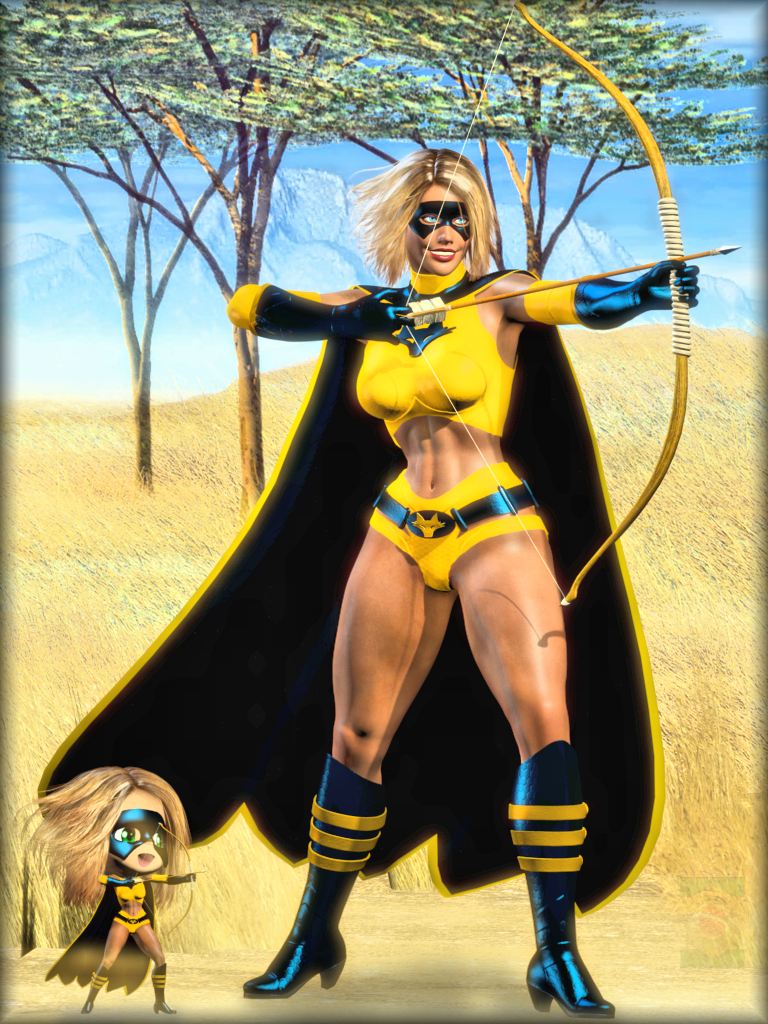 Contributing Artist
I have halted this project for a while due to a Poser bug where the Morphing Tool cannot paint weights over JCMs with the figure posed. Since all JCMs are created with the figure posed, you can imagine that was a problem. I had a quite long discussion with SMS about this until they finally understood what the problem was, and it apparently will take even longer to fix, for they say this code is quite complex.

Thankfully, last night Larry Weinberg (original Poser creator) has come up with a manual workaround that works. I first manually convert every instance of the JCMs into post-pended, then convert the outfit to Unimesh Skinning to force the Morphing Tool to weld the groups, RESET the morph (very important!!), and then recreate the JCM shapes from scratch. When finished, I convert the JCM morphs into pre-pended, then convert the outfit back to Poser Skinning, and move something to refresh the morphs. We can't see any changes before we do so.

It's an exhausting manual process, and I had to do it 4 times - one for each of Dawn's leg posing JCMs. NOW I *finally* got clean and sharp JCMs for the more extreme leg posing. The 11.0.4 update (SR-4) is coming out in a couple of days, so fixing this will have to wait for SR-5. It will NOT be fixed in previous versions, so I am officially retiring my beloved PP2014. So if you are creating JCMs for an outfit and notice some faces will spike out between body groups, refuse to weld and show artifacts between groups, or you see a quite visible pinching between groups, and you can't fix that no matter what you try, you will know it's the Morphing Tool bug I am describing here, and the above is how to deal with it.

So here's the fully fixed and working version of the bodysuit with all the bells and whistles. I have redone these JCMs so many times (before I knew there was a bug) that I have been dreaming about them at night. LOL 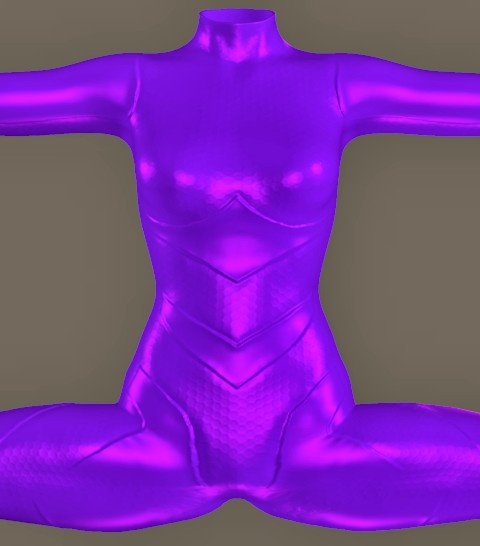 Contributing Artist
The Leg Split pose uses all 4 leg posing JCMs at once, so it's the ultimate proofing test. Since that was a major surgery, I will have to do more testing to see how it goes with the rest, but the important thing is that there is nothing left to hold up the project. ^^
You must log in or register to reply here.
Share:
Facebook Twitter Reddit Pinterest Tumblr WhatsApp Email Share Link
Top