I've posted a few test of my S6 shaders, but I'm sure you all are wondering how about Dawn! I needed a test subject for the next beta so I figured why not. One thing I'd noticed is that specular in SuperFly often comes out stronger than in Firefly but it came out rather weak in this test . I'll have to look into that to see what's going on. BTW, the hair shaders are a WIP and won't be in the next release of S6.
View media item 5521View media item 5520View media item 5519View media item 5518

CV-BEE
Contributing Artist
Is that Dawn's original skin? I haven't really used that one before, I think SE is not as olive, more pink?

Rae134 said:
Is that Dawn's original skin? I haven't really used that one before, I think SE is not as olive, more pink?
Click to expand...

I only have the original freebie version, so I have no idea if the textures were changed.

A friend confirmed that the SE version got a new skin.

Nice to know Alisa, but I can't afford to update. I think the last non-freebie figures I got were from RuntimeDNA, and that's only because I worked there.

CV-BEE
Contributing Artist
I know about not being able to afford updates! (here's hoping I can save enough for Dawn 2, she'll be well worth it when she comes out!)

Here is a comparison for you, the first one is the Free Dawn, 2nd is Dawn SE both as she loads (no modifications) with Fabi's Warm'n'Soul lights. 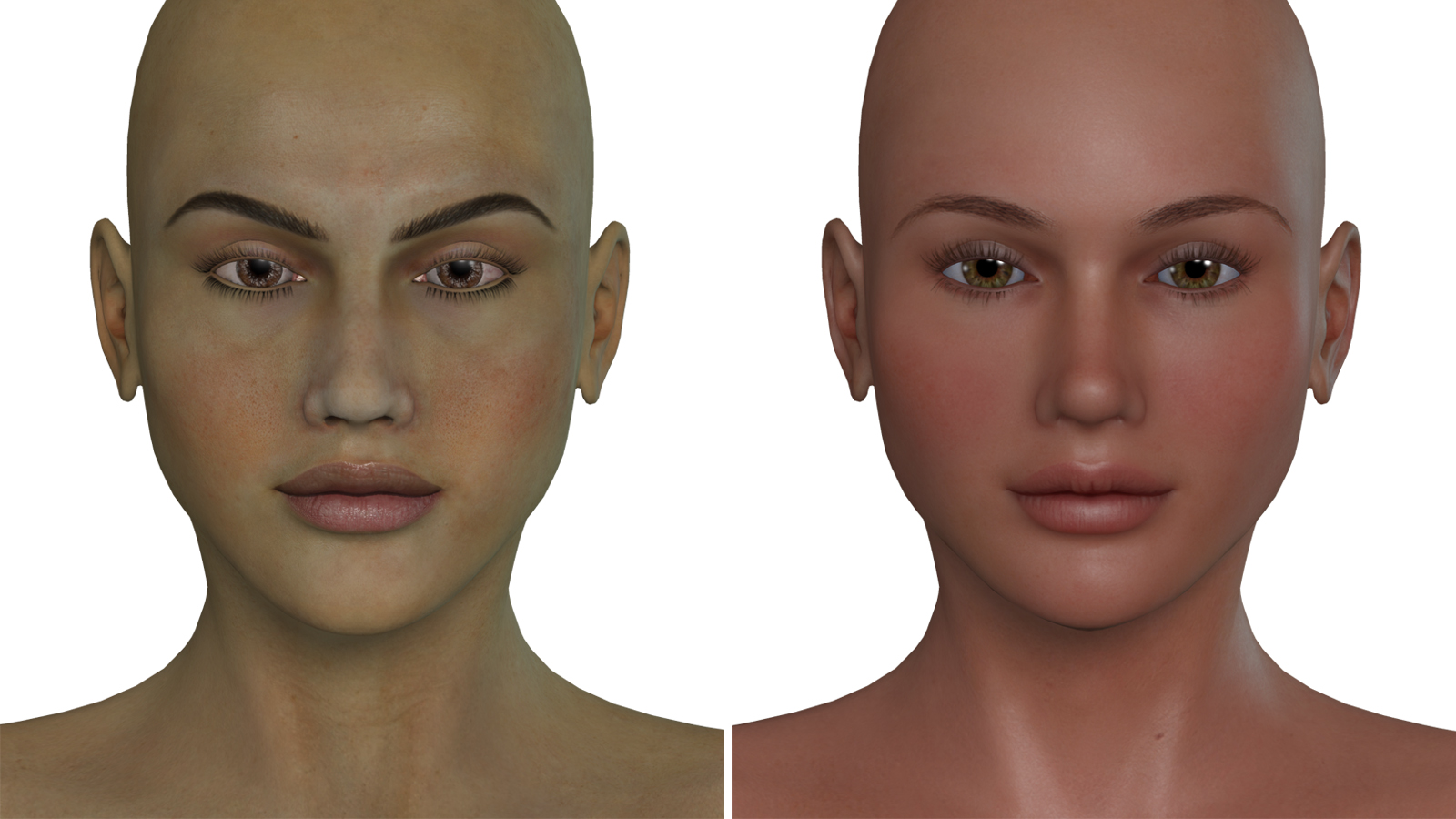 Your original samples above bring her old skin to life, well done.

Well, here goes again. I attempted to do a "color correction" via shaders to make the original Dawn textures look more like the "Special Edition" release. Since this discussion preempted my HDR lighting tests, I decided to run it again with the color "correction".
View media item 5525
View media item 5524

CV-BEE
Contributing Artist
Like I said, I liked the one you did earlier, as it took some of the greenish cast she had. The new SE is a totally different texture so you can't really compare (and people with olive skin do have that greenish cast, just not as strong as default free Dawn). In saying that, I like the new one too

In reality though, the skin tone of both the original and SE versions are oversaturated. I noticed that some artists did that intentionally for the shaders they used, which can make things a little difficult when trying to reuse them with another shader. Generally, after the gamma correction render option was added that was no longer necessary. Overall, I think my shader handled it well. It ends up looking like a decent olive tan complexion. My "correction" didn't fair to well in Firefly, but the old renderer had issues with the shader nodes mangling saturation.

CV-BEE
Contributing Artist
I should have mentioned my renders above were Firefly, I'd have to run both through EZSkins3 to get them to work in Superfly.

It was already apparent. Like I said, saturation tends to be off in firefly and varies wildly based on your render settings and lighting. Hell, even my S6 firefly renders tend to be a bit oversaturated. Trying to find the right settings in firefly is like trying to do a headstand on an exercise ball. Making a decent shader cross-compatible with firefly and superfly in't much easier. LOL
You must log in or register to reply here.
Share:
Facebook Twitter Reddit Pinterest Tumblr WhatsApp Email Link
Top