Contributing Artist
I'd like to talk to a few members who use Daz Studio with a Mac. Thank you! 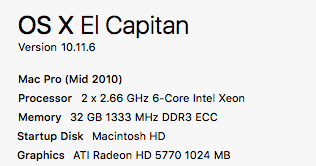 I used to use DS 4 on an older 17" 2012 Mac Pro laptop but it fried the motherboard eventually so I don't use Mac laptops anymore for 3d work.

What are you wondering about?

I stopped using Macs for 3D stuff too... it’s too limited of a platform, certain features in some programs aren’t available or as robust on Mac, some programs aren’t even available... and unless you are flush with cash and going with the full desktop pro Macs and sticking with Apple parts, they aren’t very upgradable.
They are good for lots of things, just not as great for 3D as I’d wish... then again I’ve been a Mac user since the Apple IIe and remember those good old days when Macs actually seemed like they were going to be the premier machines for CGI.
Back in the late 90s, most of the industrial design studios I dealt with had Macs, but now only one still does, but it’s mostly for the owner (who is a Mac enthusiast) and a couple of workstations, otherwise it’s all Windows stuff.
Maybe with the Silicon chip it will change... but probably not for a while.

I test models I make on my older MacBook Pro in DS to see if there are any issues with cross platform compatibility (a stupid old habit), but I don’t make any strenuous renders or push the poor thing... I used to do the testing on my iMac and that died and I’m not going to kill my last remaining Mac.

I‘m not knocking Macs, I still like them and dabble with the thought of getting a Mac mini.

Contributing Artist
Thank you for your answer McGyver. Unfortunately, that is what my friend has to work with, so that is what we have to deal with! But, I am in agreement with you and have never switched over to Mac. I bought one once on fire sale, for use with Vellum, as it is supposed to be "THE" format program for writers. And then came to find out that the program is over $400, so, oh, well...

Wow, Vellum... yeesh, that brings back bad memories... that and the horrible Epson plotter from the ninth plane of hell.

What Mac does your friend have?

Contributing Artist
Hmm, I don't know, some kind of laptop. She finally got a copy of 4.11 Daz and it is working. The DIM isn't working because they don't match, so that is the next thing to fix. Daz basically came out and said it would be end of 2021 before they got it fixed. It has to do with the Big Sur update going to some new code thing that broke all the callouts for Daz or something. Anywho...such is life.
You must log in or register to reply here.
Share:
Facebook Twitter Reddit Pinterest Tumblr WhatsApp Email Share Link
Top