In Spanish the term "mi casa es su casa" means “my house is your house”.

The Red-crowned Parrot is endemic to northeastern Mexico. Its typical habitat is diverse sub-deciduous tropical forest, but it can also be found in urban settings, where it prefers areas with large trees. 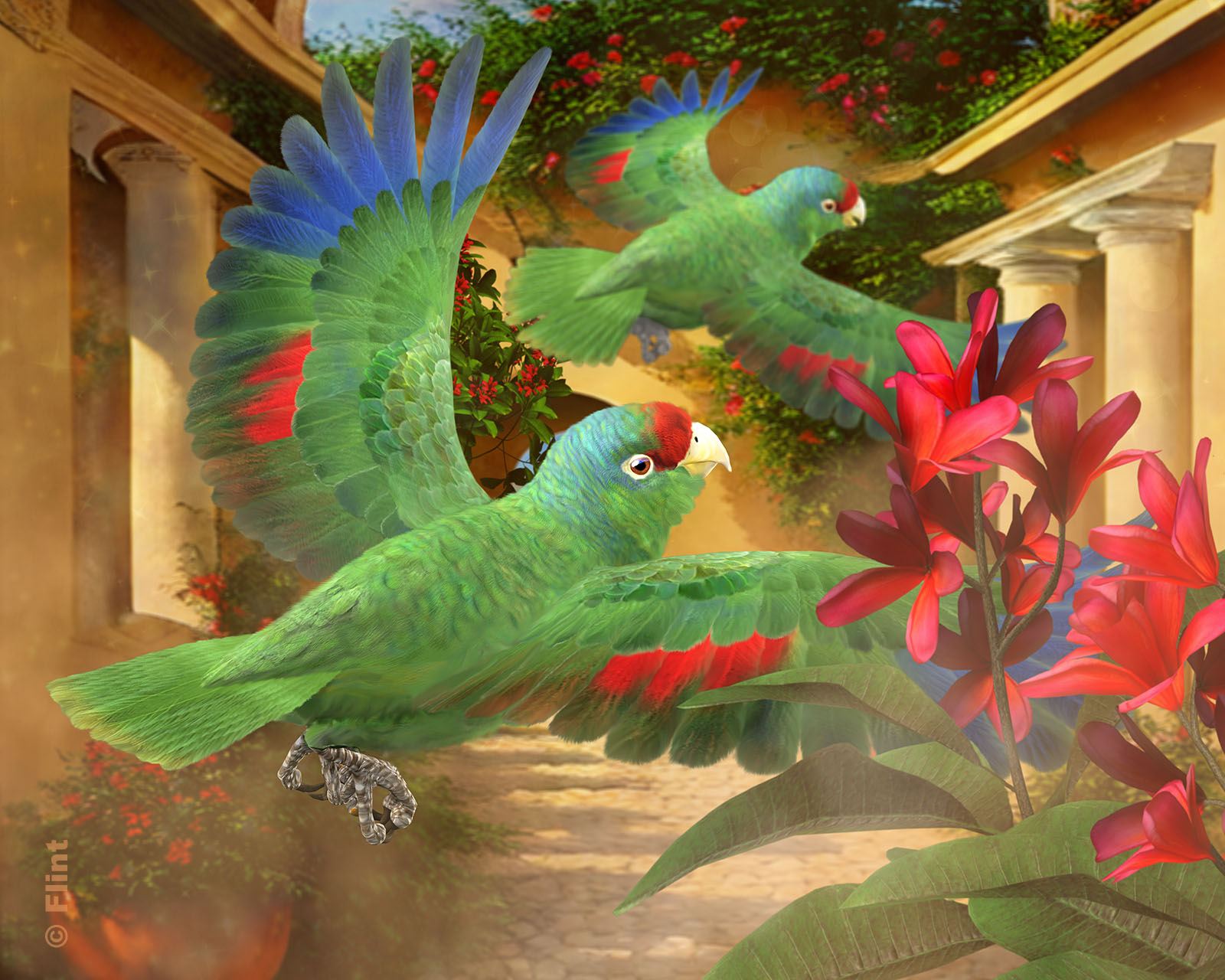 I have taken some artistic license with this scene, as these Parrots usually nest in holes in tree trunks or fallen branches. But I wanted to show the baby bird being sheltered by its mother. In reality poachers usually hack at the nest site of these birds with a machete to steal the parrots. Sadly, an estimated ninety percent of these endangered birds, taken for the pet trade, will die before being sold! 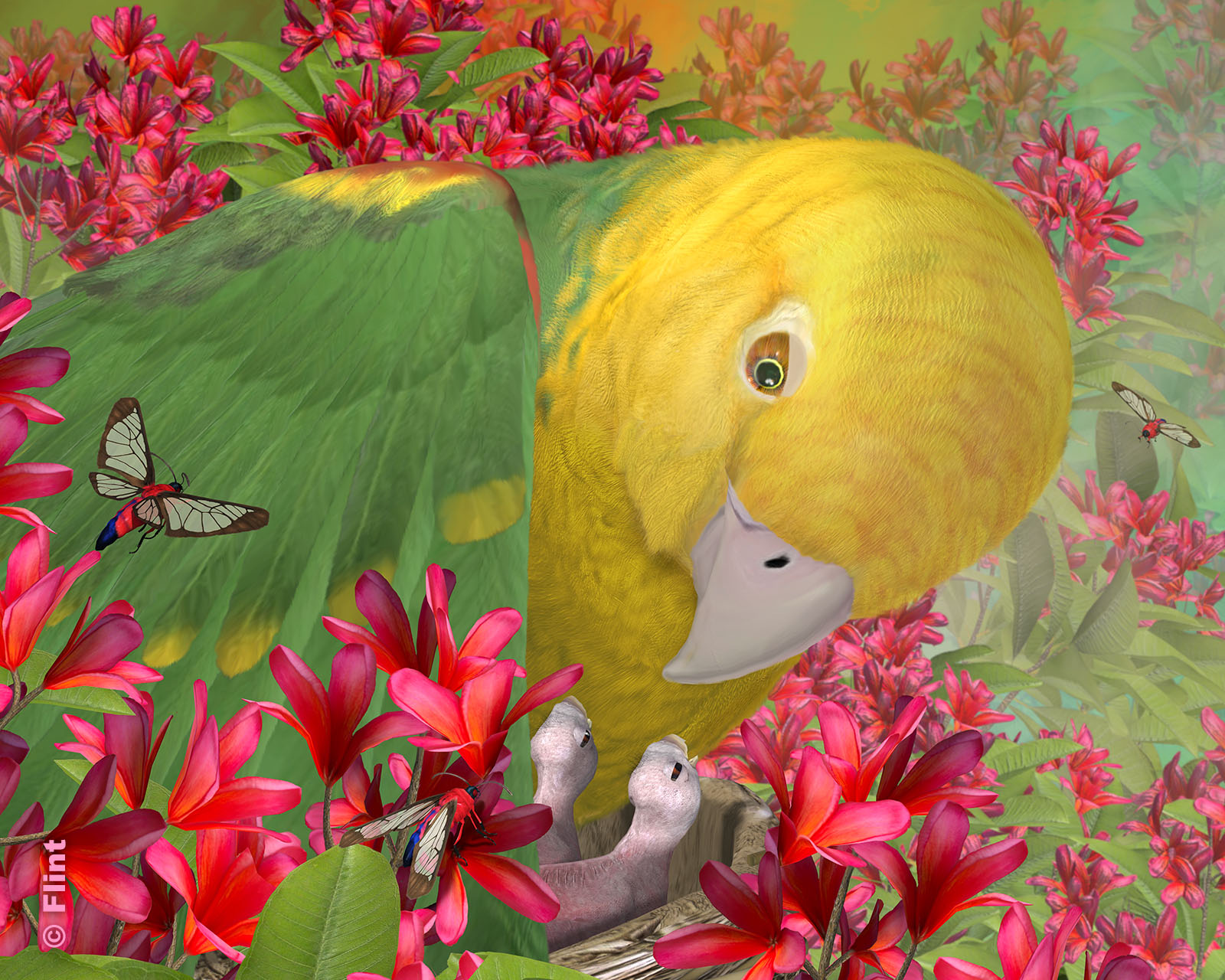 CV-BEE
Keep them coming Flint, these are gorgeous renders.

The St. Vincent Parrot is the most strikingly beautiful of the Parrots that is endemic to the Lesser Antilles chain. This is the yellow-brown variant. 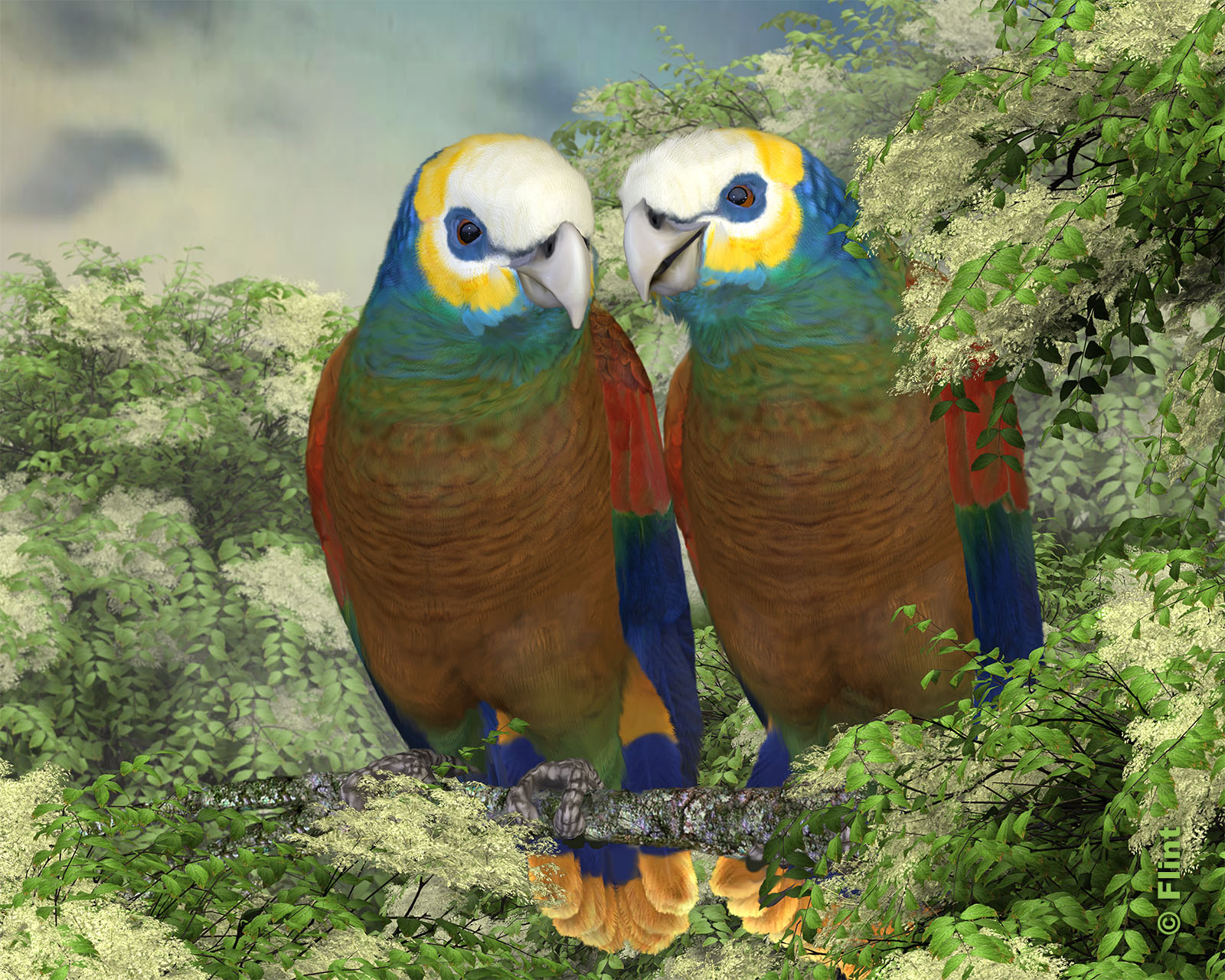 This is the green variant of the St. Vincent Parrot.

Faded Florals Set One by gillbrooks at Renderosity 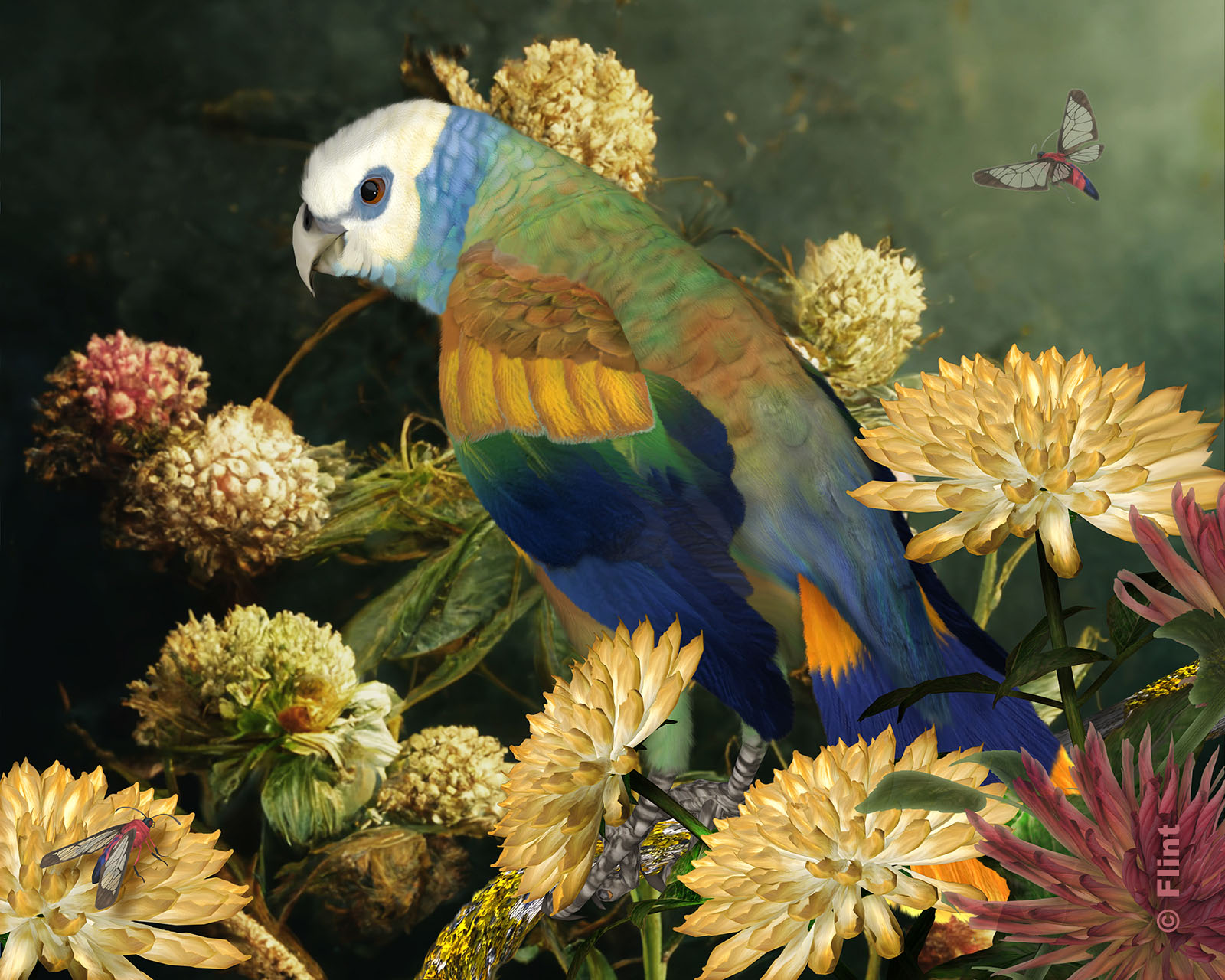 Flint_Hawk said:
The St. Vincent Parrot is the most strikingly beautiful of the Parrots that is endemic to the Lesser Antilles chain. This is the yellow-brown variant.
Click to expand...

The Endangered Beauties are so nicely colorful. Then again the Painted Floral is as well.

Thank you Miss B!

This parrot was previously listed as “Endangered”. But after capture for the bird trade was made illegal, the populations increased. 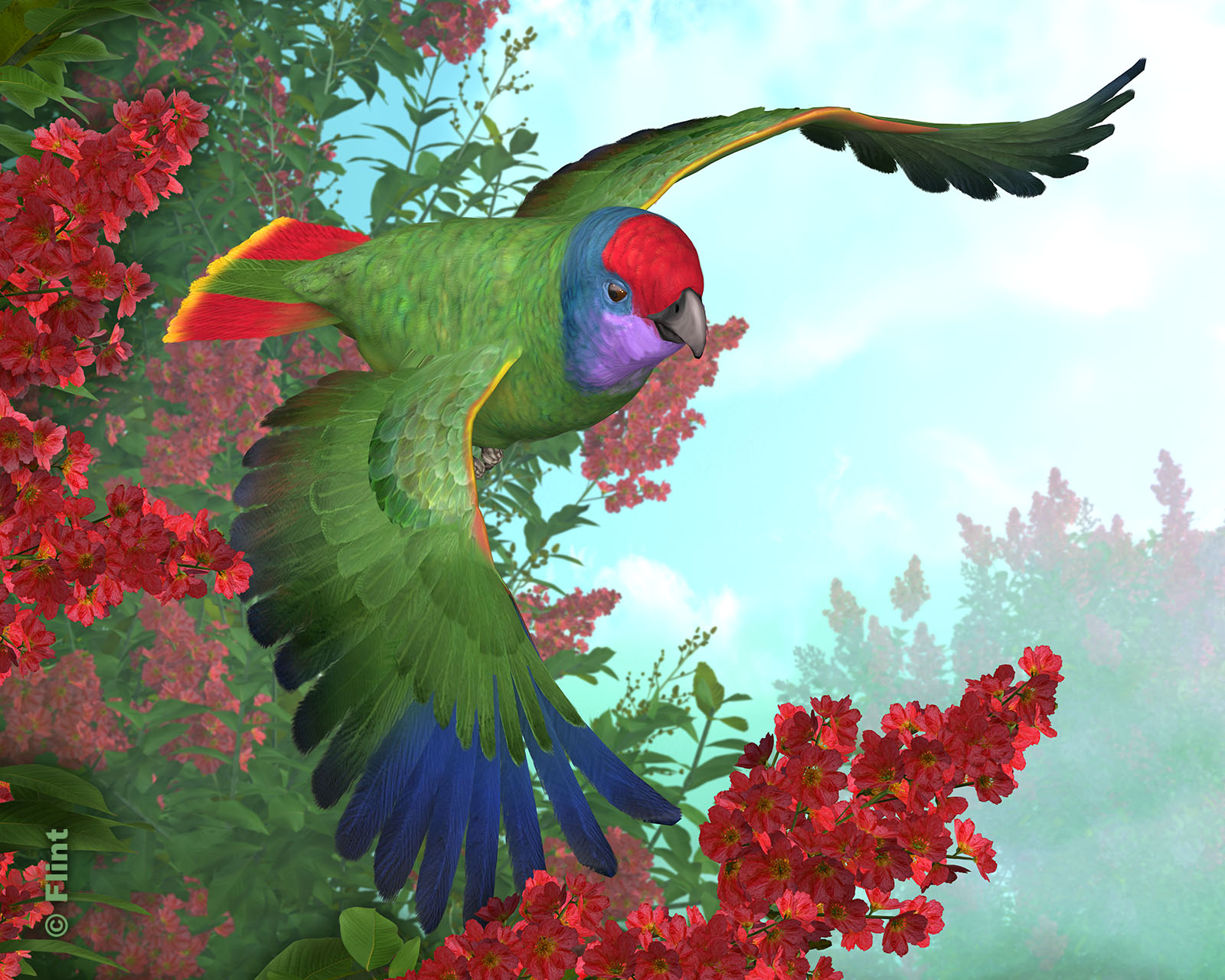 These parrots persist where there are tall trees, in the lowlands east of the Andes, from northern Colombia south to eastern Brazil, including the islands of Trinidad and Tobago.

Amongst the Tall Trees 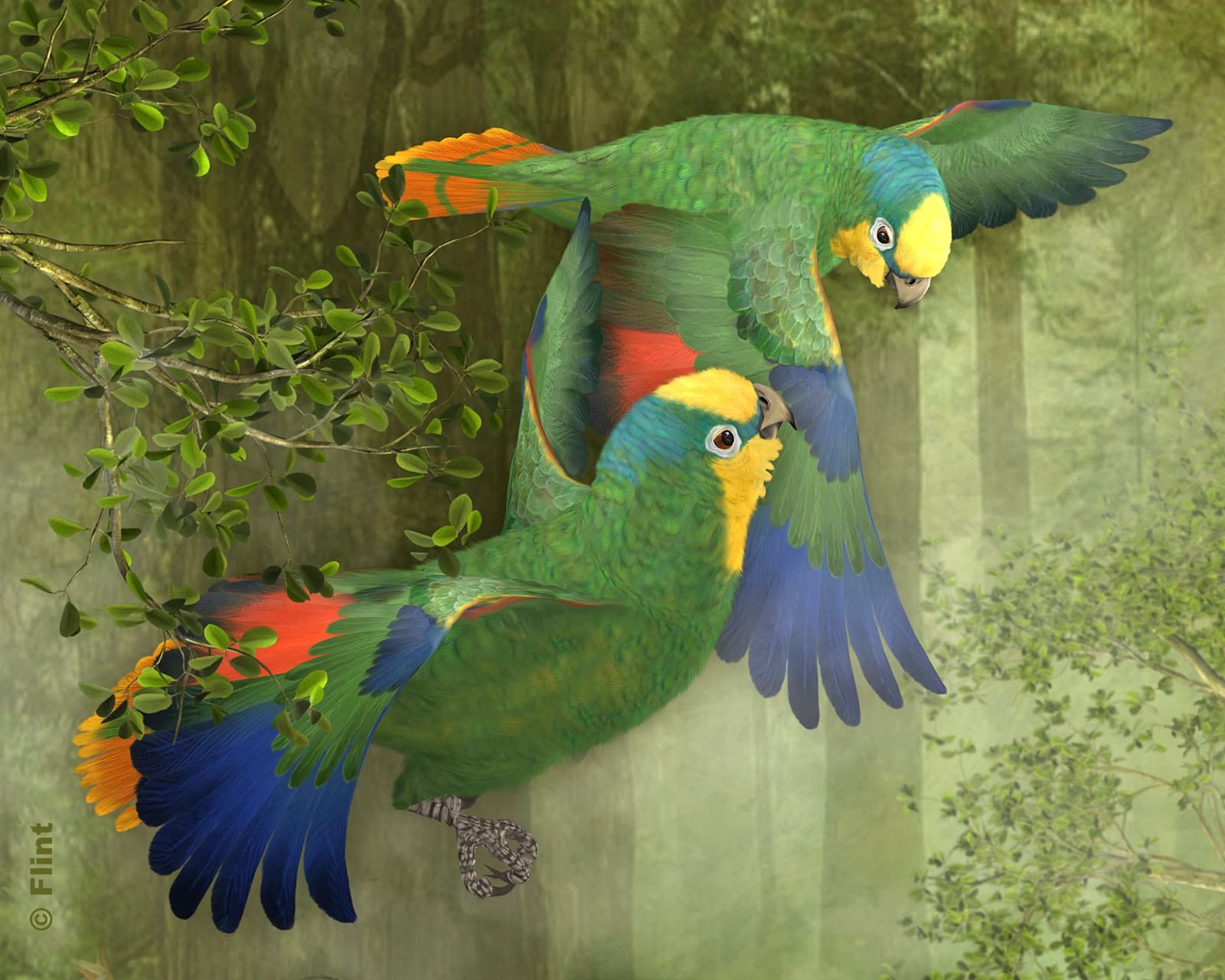 CV-BEE
With red being my favorite color, the tail feathers on these last two are wonderful.

The Imperial Parrot is Critically Endangered. Besides being hunted for food & the pet trade, it's home has been devastated by hurricanes! 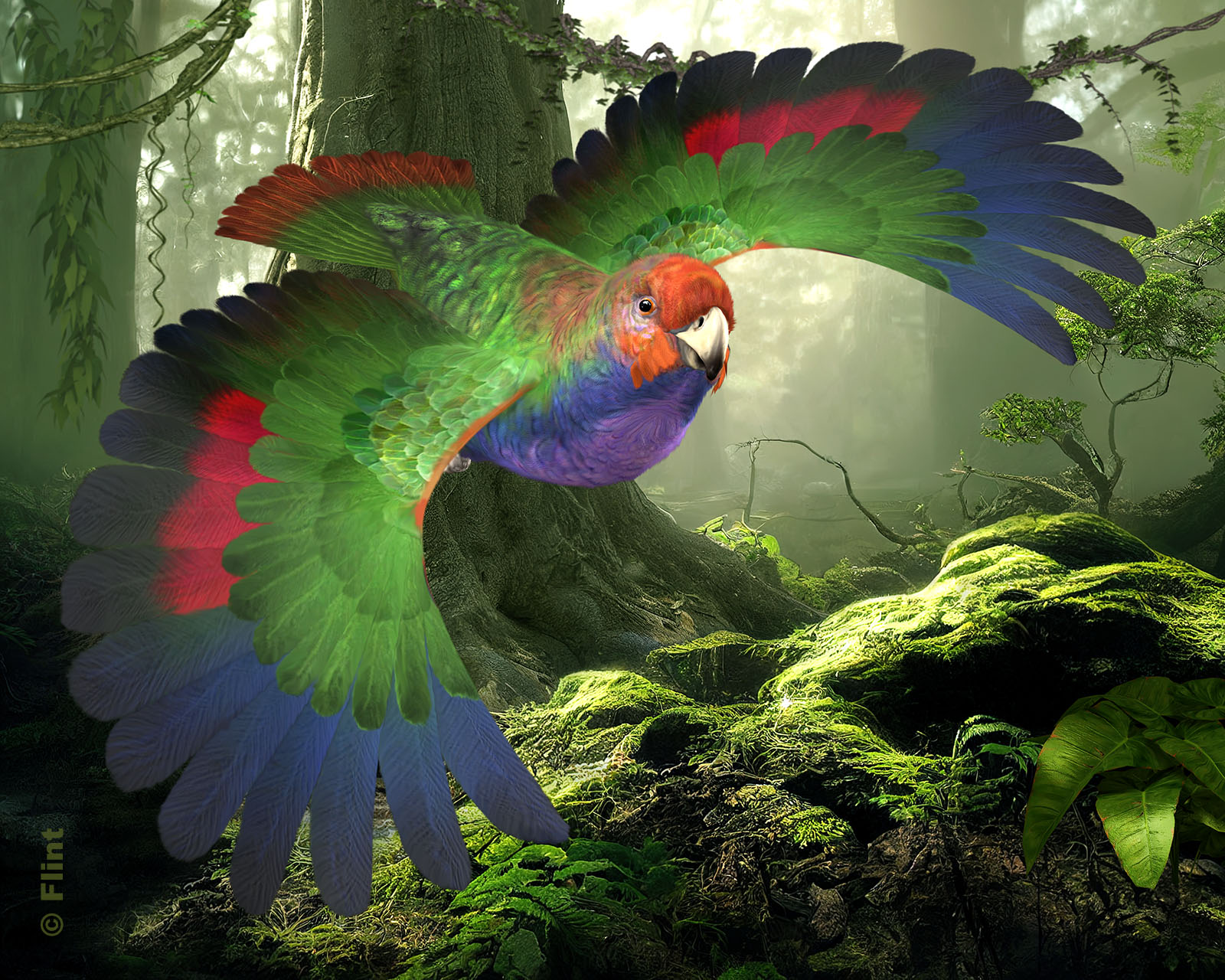 Two young friends decided they wanted some adventure in their lives. So they volunteered to go on an expedition to relocate wild animals to a new preserve.

They proved to be quite inept at this work. 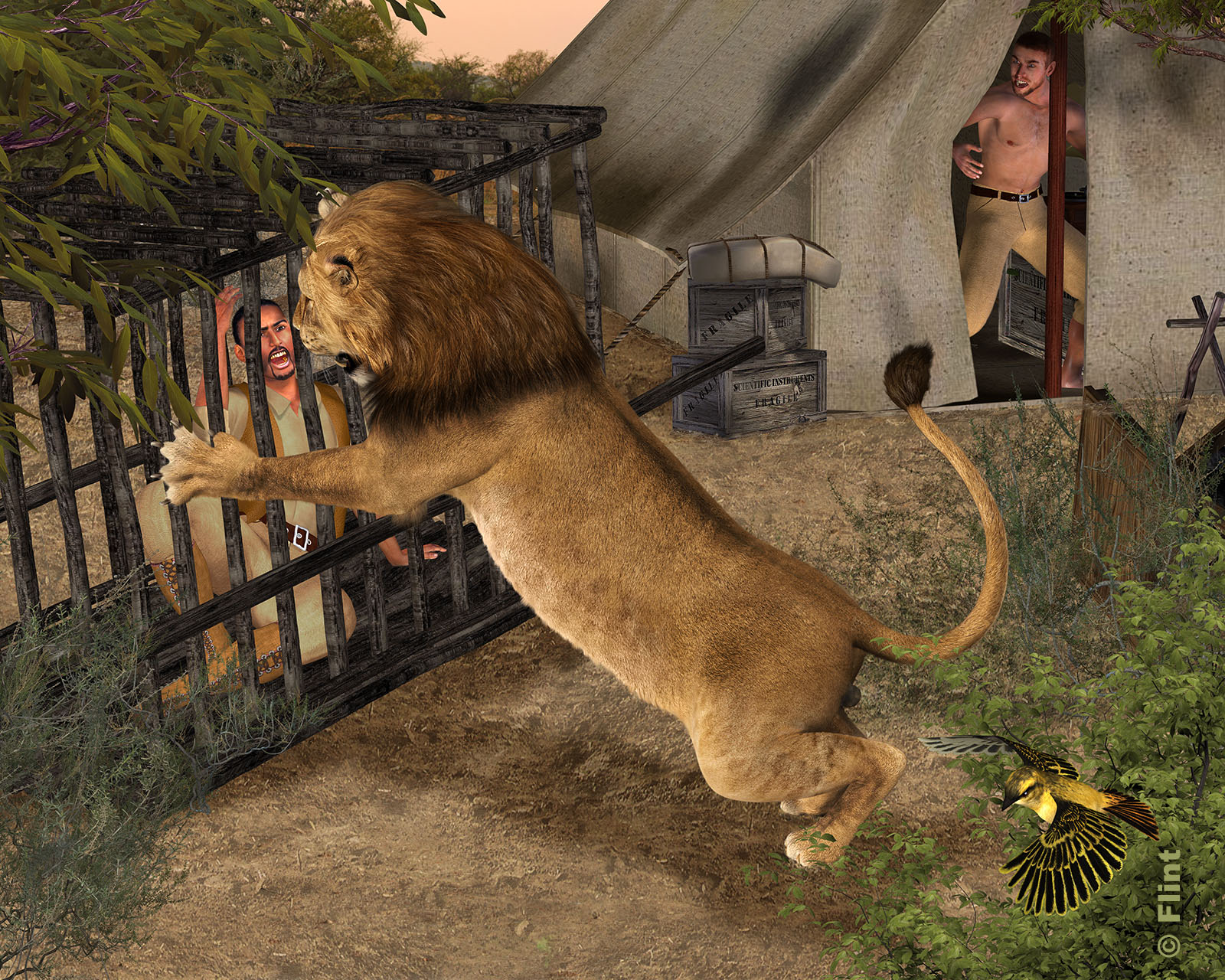 These two inept friends still have a lot to learn!

Ostriches have the Right Of Way-Part Two 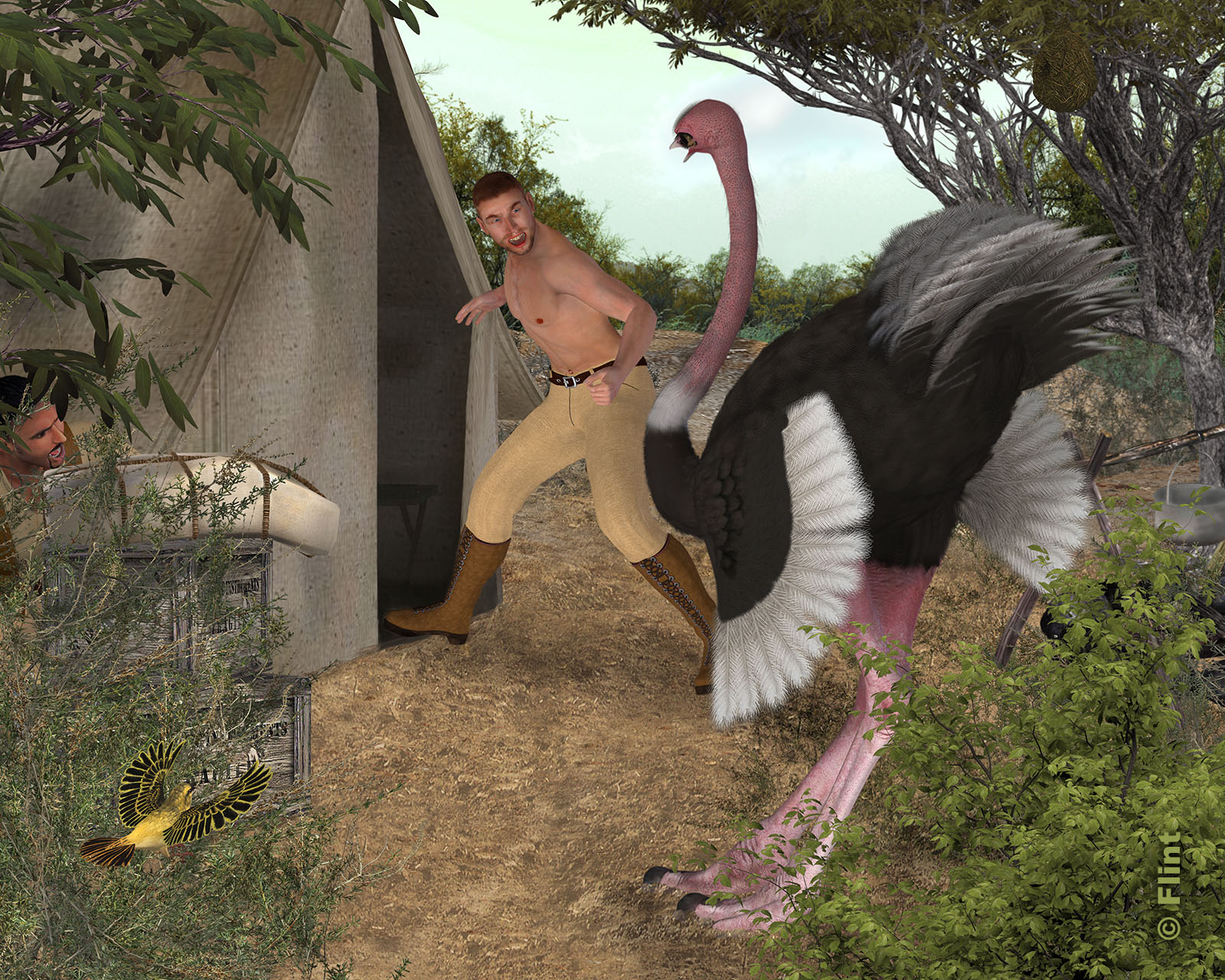 After the two volunteers left in a panic, not even taking the time to pack, a lion cub got his first experience listening to music on their Birdrola! 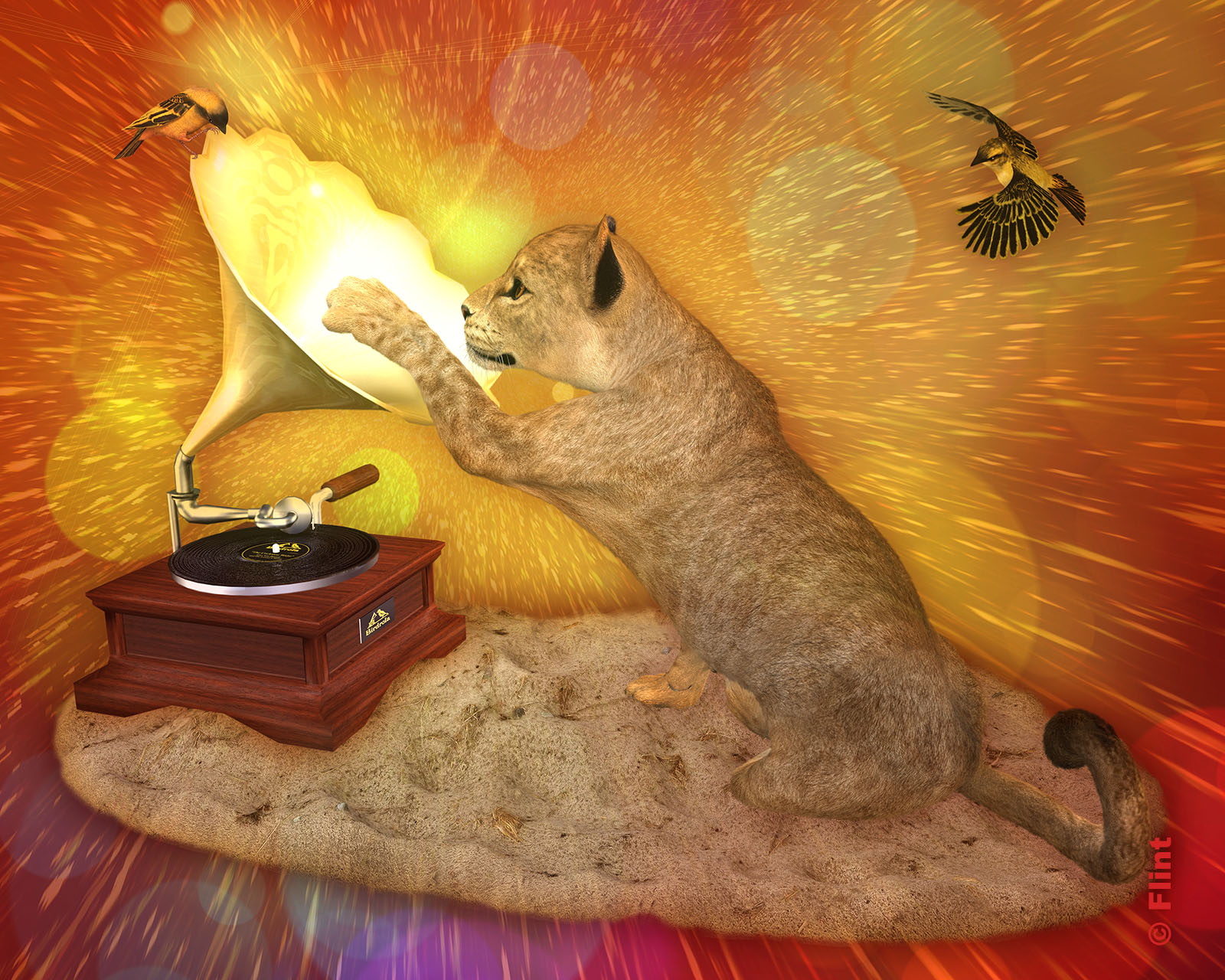 HW Honey Bear
Fun to see the safari camp in action. I've had a fair amount of use from some of those props.

There's a new Aviary & the doors are open, so birds from all over are coming to fill the vacancies

The Aviary by Ken _Gilliland at Renderosity 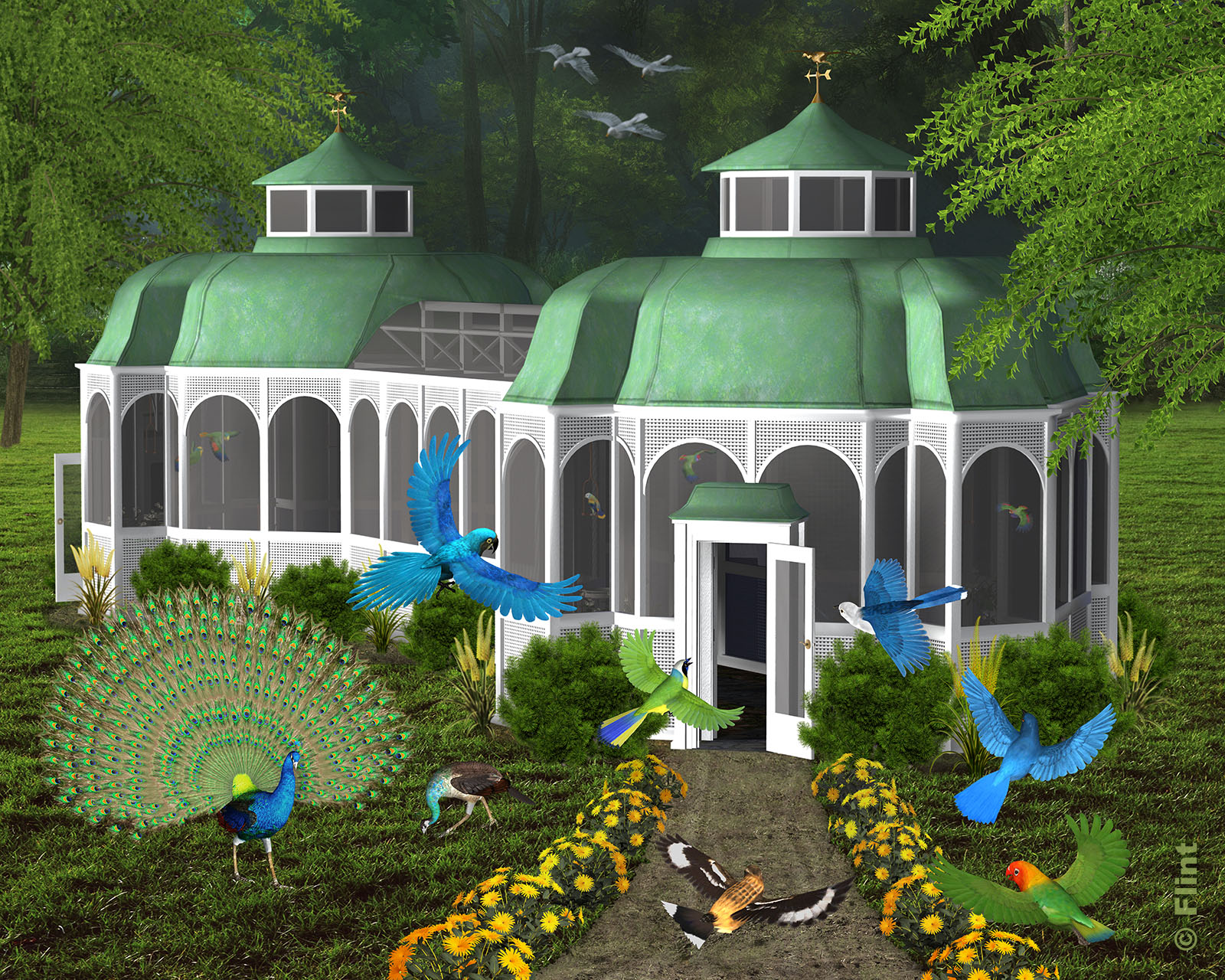 The Aviary allows visitors to experience the beauty & wonder of birds through the eyes of a child.

Autumn Landscapes by -Melkor- at Renderosity 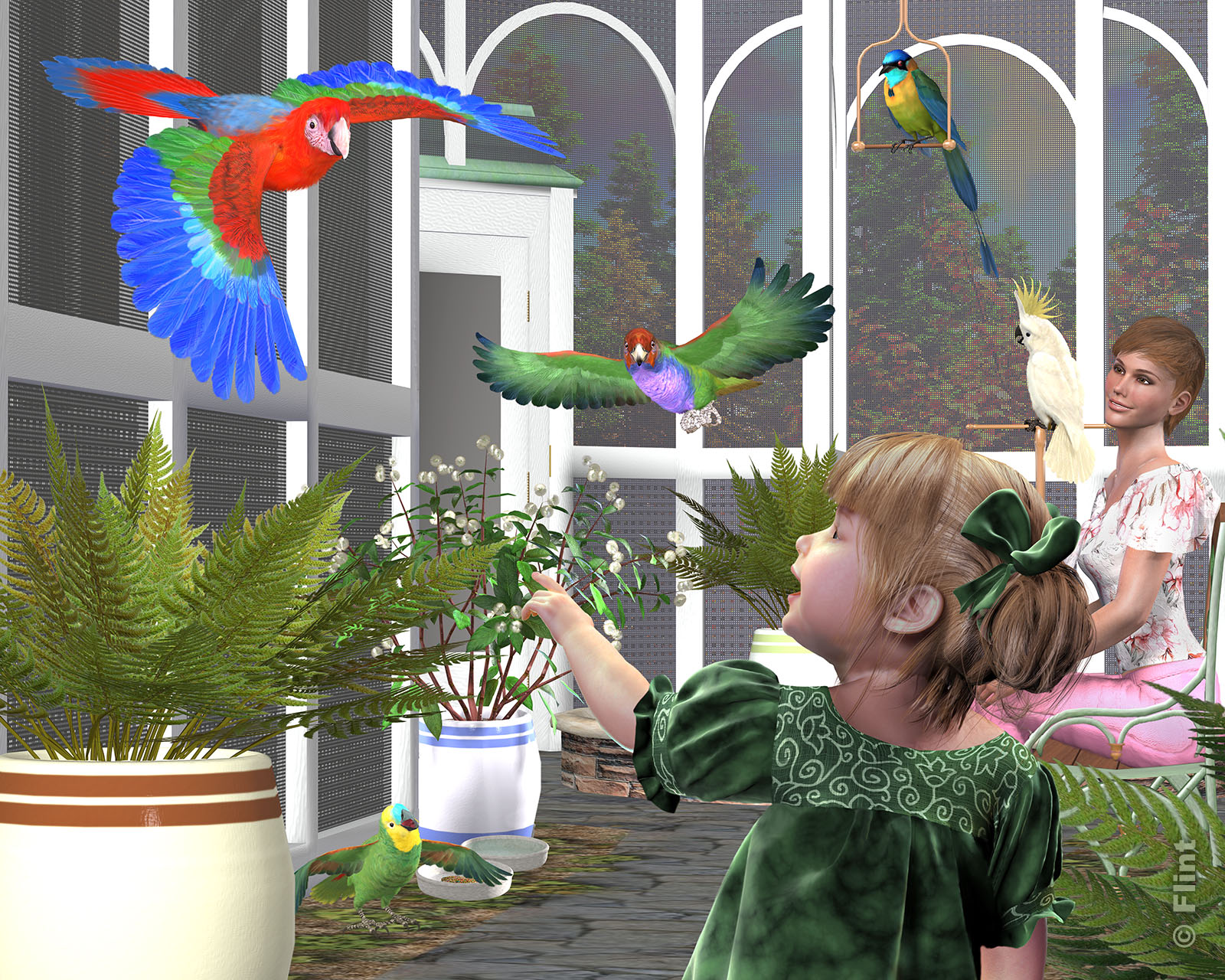 Contributing Artist
I so hope this is the right place to post this.