Stezza said:
and if Australia had a StarShip

it'd be a wacky StarShip Sydney 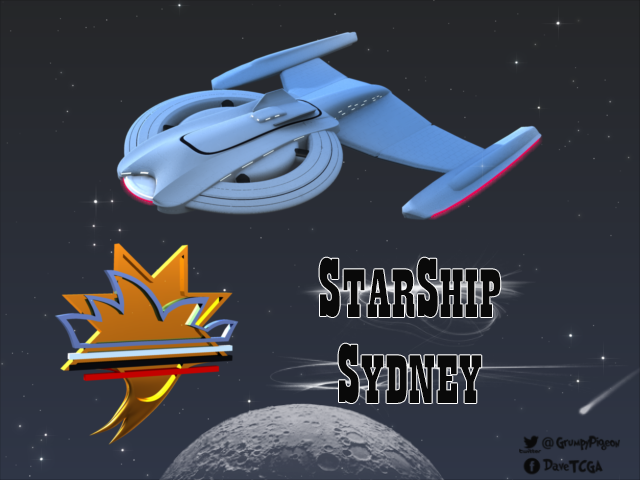 Have you seen Star Trek Lower Decks? Animated series, follows the exploits of the ensigns who reside and work in the...you guessed it. It's hilarious as they have a "no holds barred" approach and make fun of the franchise and characters. Ex. One new crew member is so happy he has a red shirt. "I look forward to a long career in Star Fleet."

parkdalegardener said:
No issues with concave at all. Never tried holes. Just gave it a quick go and the simple Grid Fill command seems to not respect the the hole edge but it might be the test. I'll have to check into this more, but if Blender can change SVG images into a quad mesh without issue; I am willing to bet it will.
Click to expand...

That's something 3DSMAX has to improve on. I am having to retopo it to get it right.

Ken1171 said:
Have been watching reruns of the Star Trek TNG TV series, and I was wondering how hard it would be to model the TNG badge. The golden base was made with traditional box modeling in 3DSMAX, but the Trekie triangle was easier to extrude out of a spline shape. Spline modeling makes more complex shapes faster to create, but generates horrible topology. In this piece, the back is flat, but the front is curved, so I had to spend time retopologizing the silver part. That was the most challenging part.


View attachment 71239​
Next came the ST Voyager badge. It appeared to be easier at first, but the hard edges have proven to be the real challenge, since Poser doesn't respect creased edges. Here again, Trekie triangle was made out of an extruded spline shape, which had to be retopologized the hard way. Made some mistakes and had to redo it several times because I kept forgetting Poser doesn't respect creased edges. Paid less attention to the back side on this one, so there are some artifacts.


View attachment 71240​
Good hard surface modeling exercise - something we don't do much for Poser. ^___^
Click to expand...

Spline modeling. I need to look up how to do that.

Spline modeling. I need to look up how to do that.
Click to expand...

Thanks, Janet! Spline modeling is very worth learning, for we can use it to build complex shapes in seconds, and then extrude it into 3D. That's how most 3D text is created, and is also used a lot in CAD modeling. The downside is that the 3D objects extruded from splines end up as a single N-gon poly, which is mostly unusable, and need to be retopologized afterwards. This happens in 3DSMAX and Modo, but Stezza said this doesn't happen in Carrara, and that Blender has a way around this, though. Results appear to depend on what software we use.

A revamp of old content - MS13 Search Helmet by London224 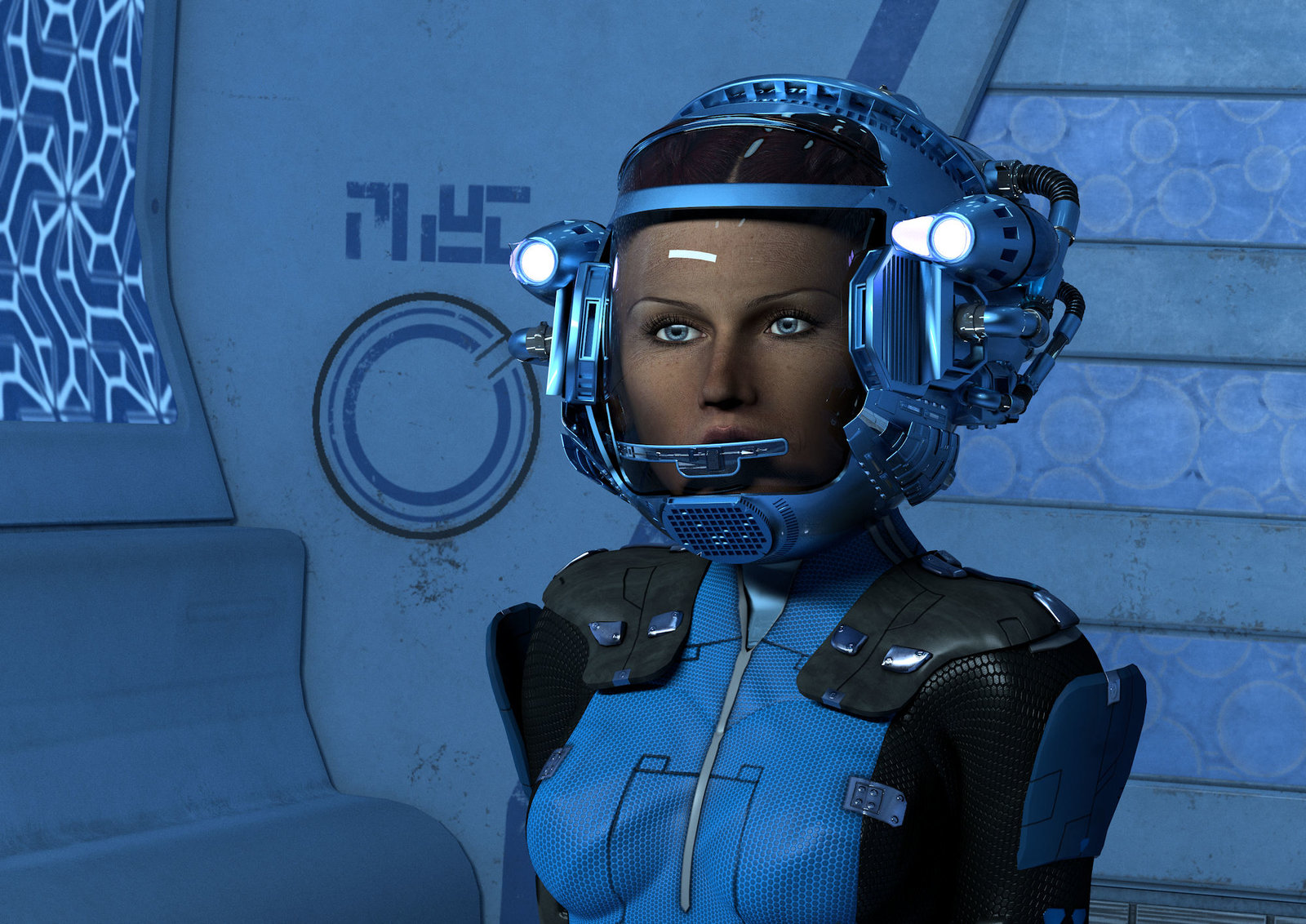 Cool helmet! If the background is blue, I would change the outfit color to something that contrasts against it, like orange (complementary color). That would separate her from the background, make her stand out more, driving the eyes to the character.

Ken1171 said:
Cool helmet! If the background is blue, I would change the outfit color to something that contrasts against it, like orange (complementary color). That would separate her from the background, make her stand out more, driving the eyes to the character.
Click to expand...

Thank you for the suggestions, after looking at it for a while there are a few things i did not like so I will give it another try and incorporate your ideas.

Contributing Artist
Made an experiment with "Spline Modeling" in 3DSMAX to see how it affects things in Poser. Spline extrusions need retopologizing since they don't generate topology on the extruded side. I have tried a new thing to deal with that in 3DSMAX.

1. Extrude the spline to make it 3D.
2. Subdivide it using Delaunay triangulation, adjusting size so there are at least 2 polys width on the narrower parts.
3. Apply Retopology modifier to rebuilt the shape with proper edge flow, adjusting feature size to a minimal poly count.

The result is one the bottom left (low poly). I have also exported a high poly subdivided version (upper left). This is how they render in Poser without subdivision (left), and then with subdivision (right side). 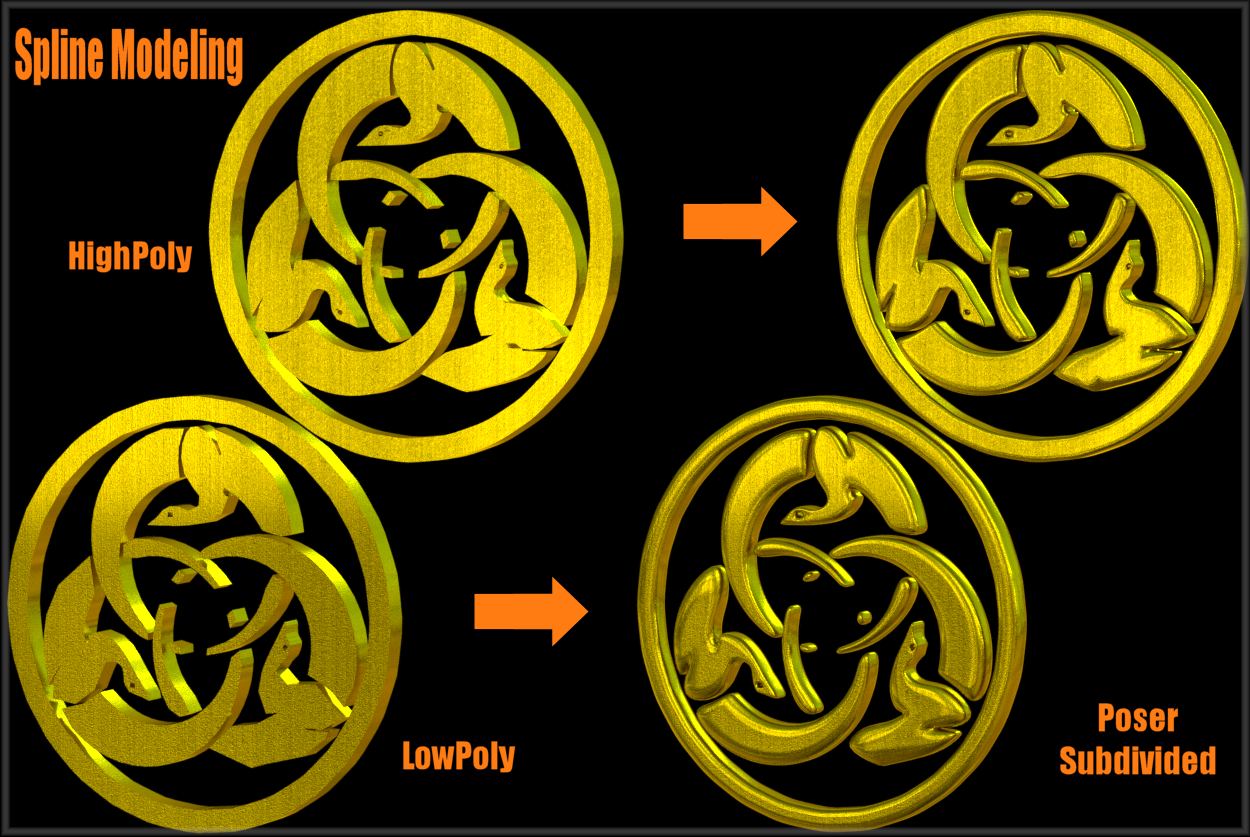 The high poly version has preserved the shape better, but there was a trick to achieve that. Still in 3DSMAX, I have creased all the hard edges before subdividing, so they are preserved. Poser does not respect edge creasing, so the subdivision part needs to be done in MAX.

Depending on the results you want (sharp or rounded), we should pre-apply the subdivision in MAX beforehand. If you don't care if the model becomes rounded up in Poser when subdivided, then the low poly version should do, and there is no need to crease the hard edges.

I have wasted some time creasing hard edges in the past for not knowing Poser will not respect it. As a comparison, we can subdivide the low poly version in MAX and it will not "melt" if the hard edges are creased. Since Poser doesn't understand that, we have to chamfer the edges to force hard edges to remain hard, which significantly increases poly count, and can be challenging to keep good topology.

So the method above could be a reasonable alternative, where I crease hard edges and subdivide in MAX, so I don't have to chamfer them all. The results are not perfect, but are pretty decent considering it's many times faster to make. ^^

So a second attempt. I have increased the size of the helmet to make it look less claustrophobic, this also decreases the effect of the curved glass screen so that the face is not as distorted as before. There is a subtle change to the lighting and I have changed the colour of the suit. 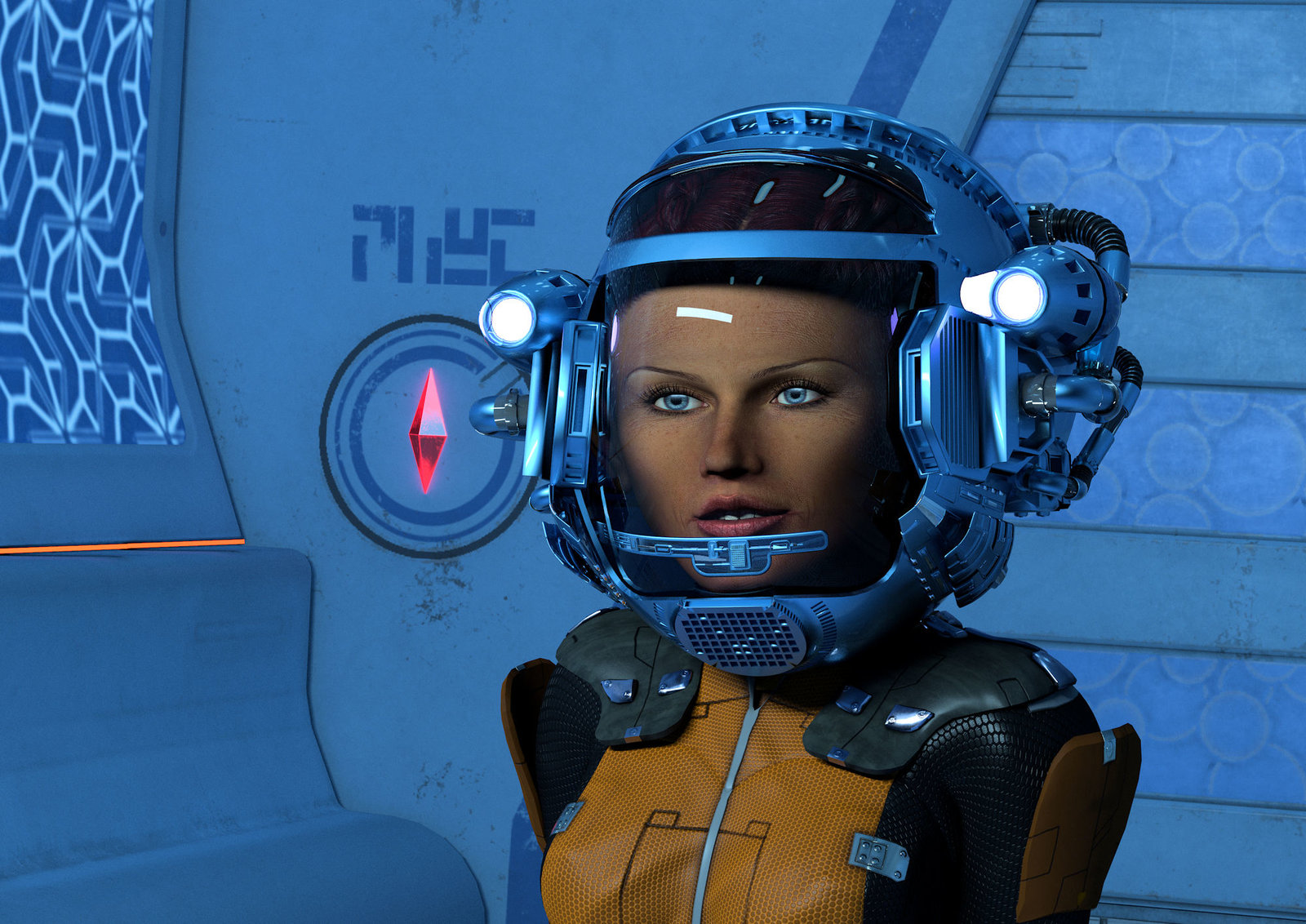 GOing trick or treating in Carrara 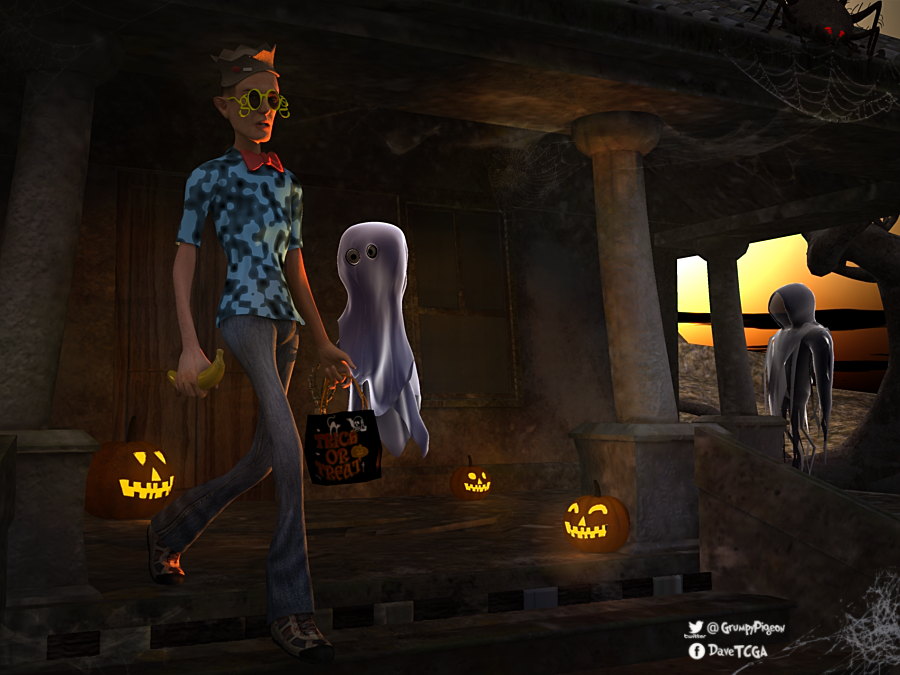 Contributing Artist
Watch out - he has a banana!

But is it loaded or is it just a bluff?

Caoimhe waited impatiently, Turlough should have been here by now and, judging from the scene laid out before her, it was clear she had got to right co-ordinates . Her curiosity was getting the better of her but Turlough had insisted she do nothing until he got there, something she would normally happily ignore, but the secrecy bothered her. Why had he insisted there had been no flight planned filed, that combined with the need to travel to the planet fully cloaked suggested there was something very wrong. 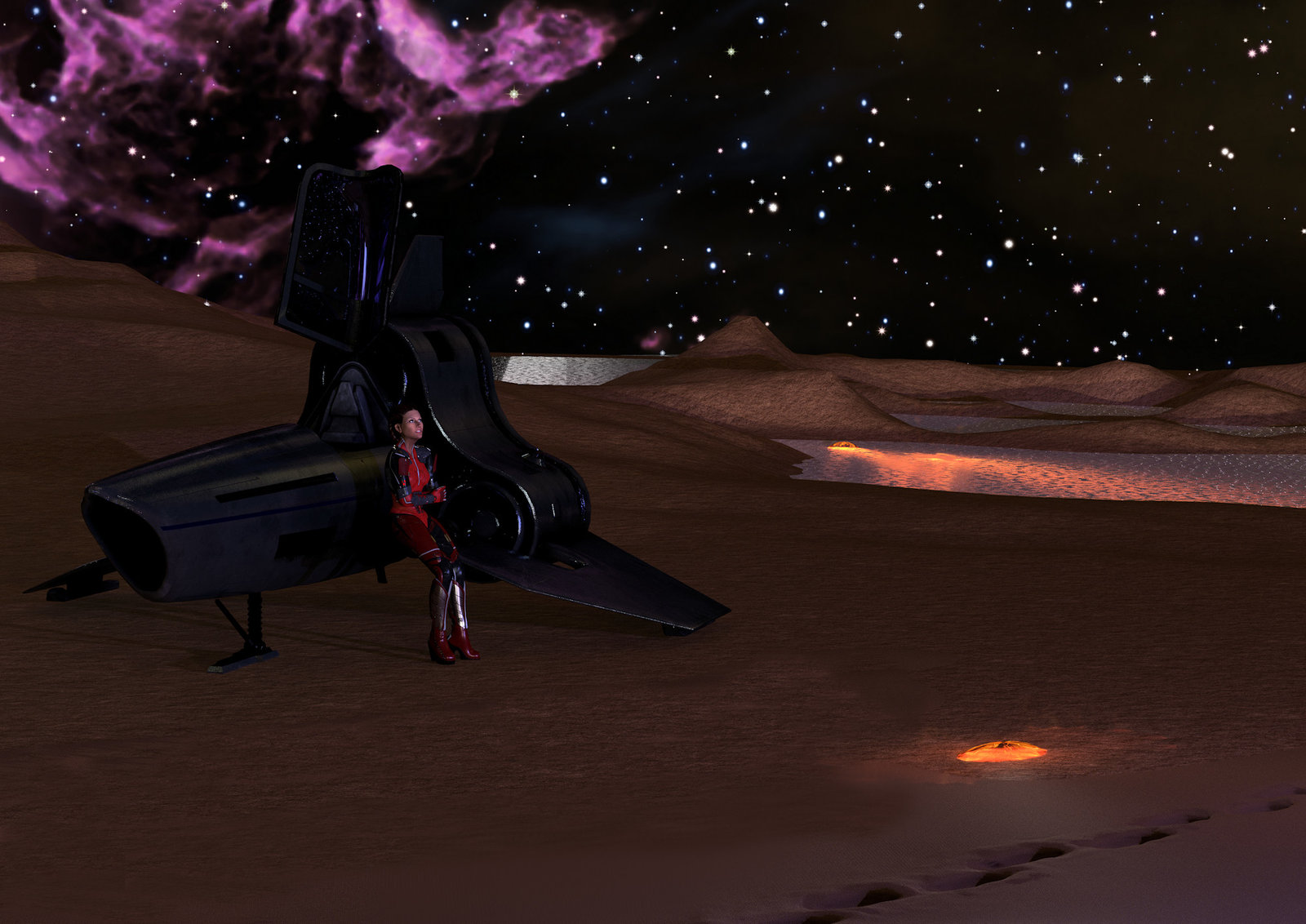 Pull Up A Tree 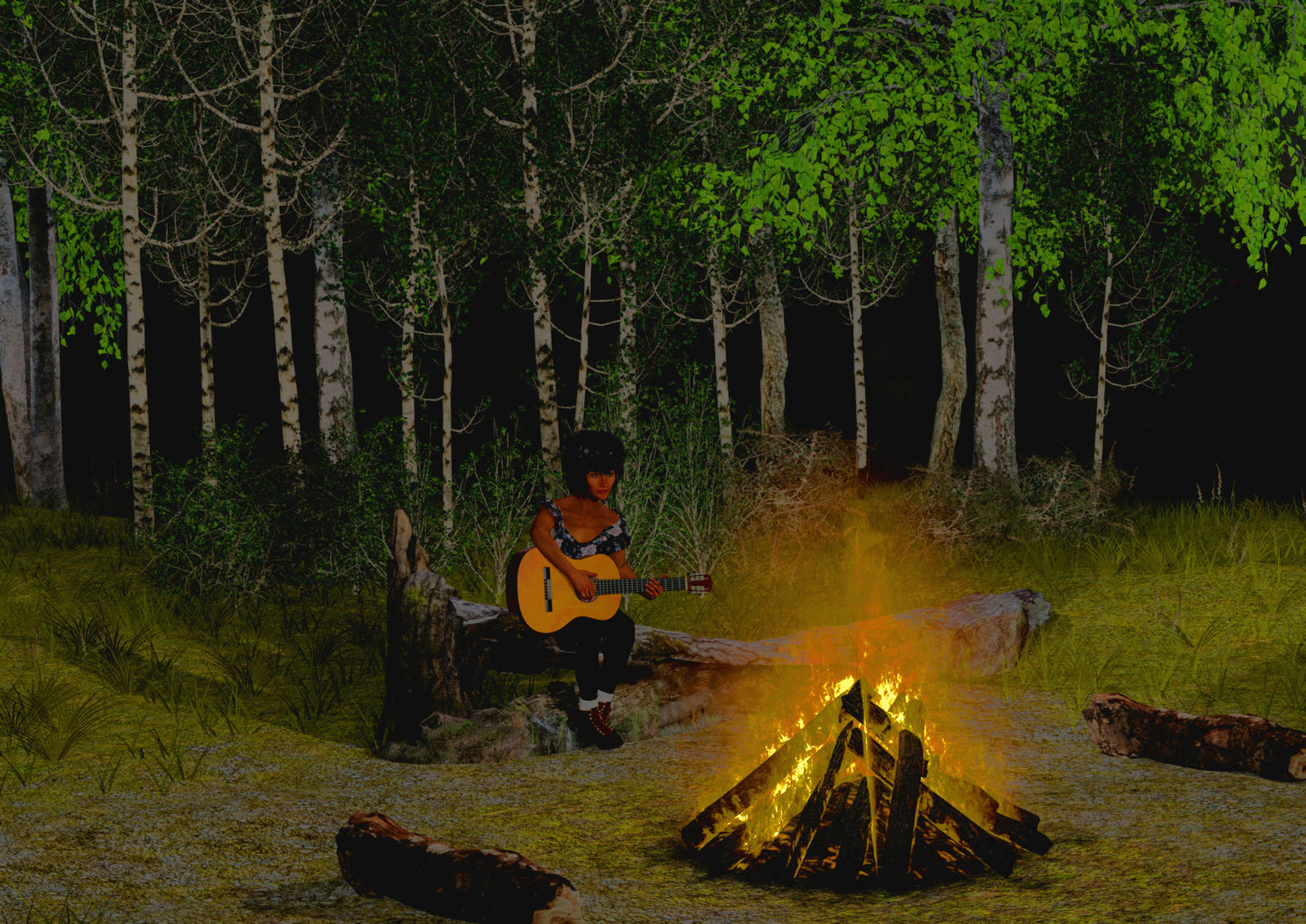 Base Scene is Witchcraft by Flipmode

Pose and Guitar from STZ Morning Star by Santuziy78

Hornet3d said:
So a second attempt. I have increased the size of the helmet to make it look less claustrophobic, this also decreases the effect of the curved glass screen so that the face is not as distorted as before. There is a subtle change to the lighting and I have changed the colour of the suit. 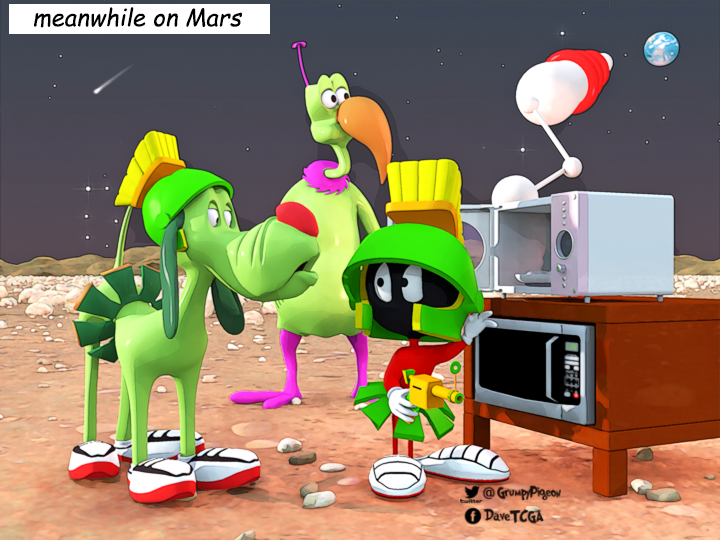 Waiting for the Postman. 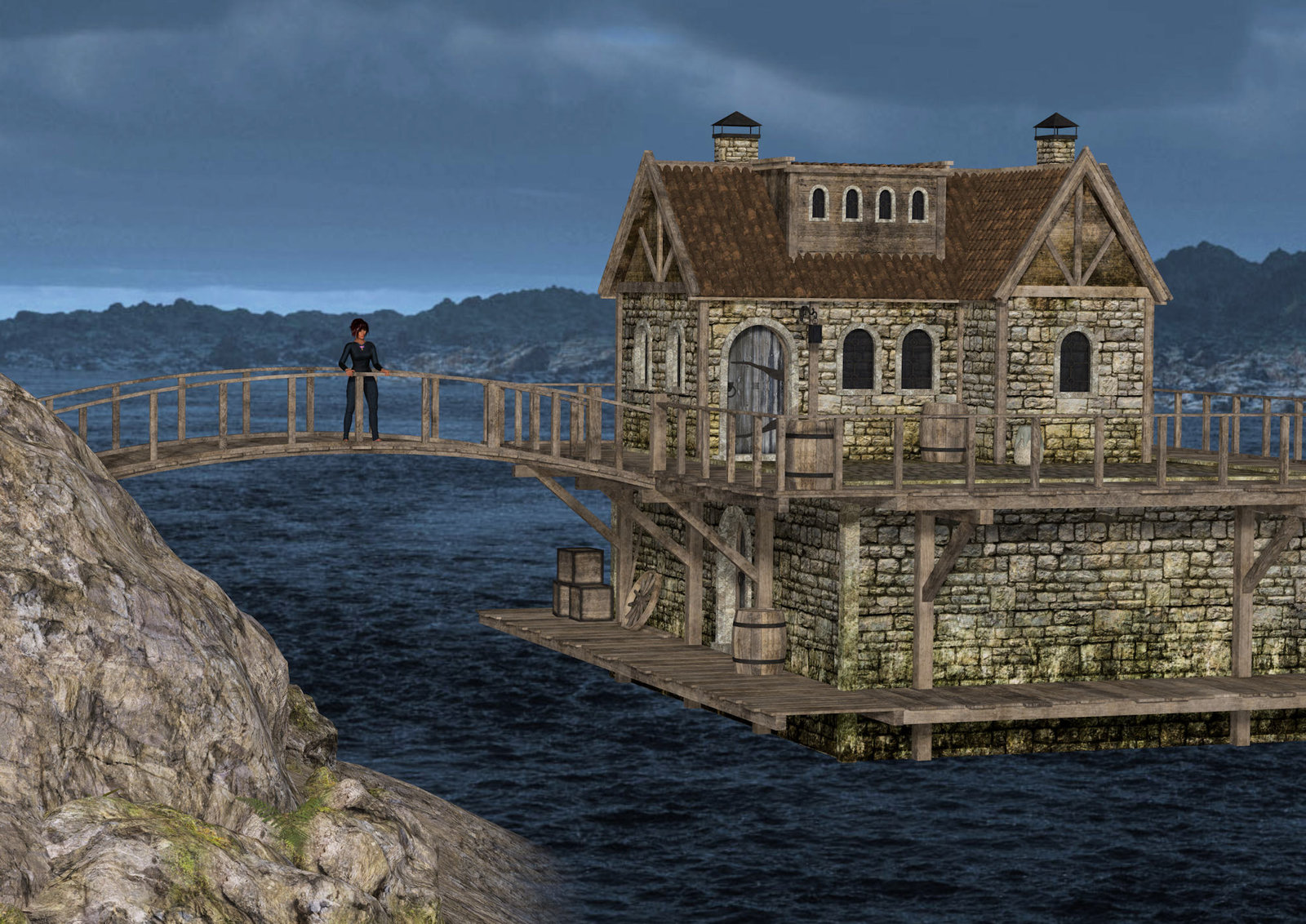 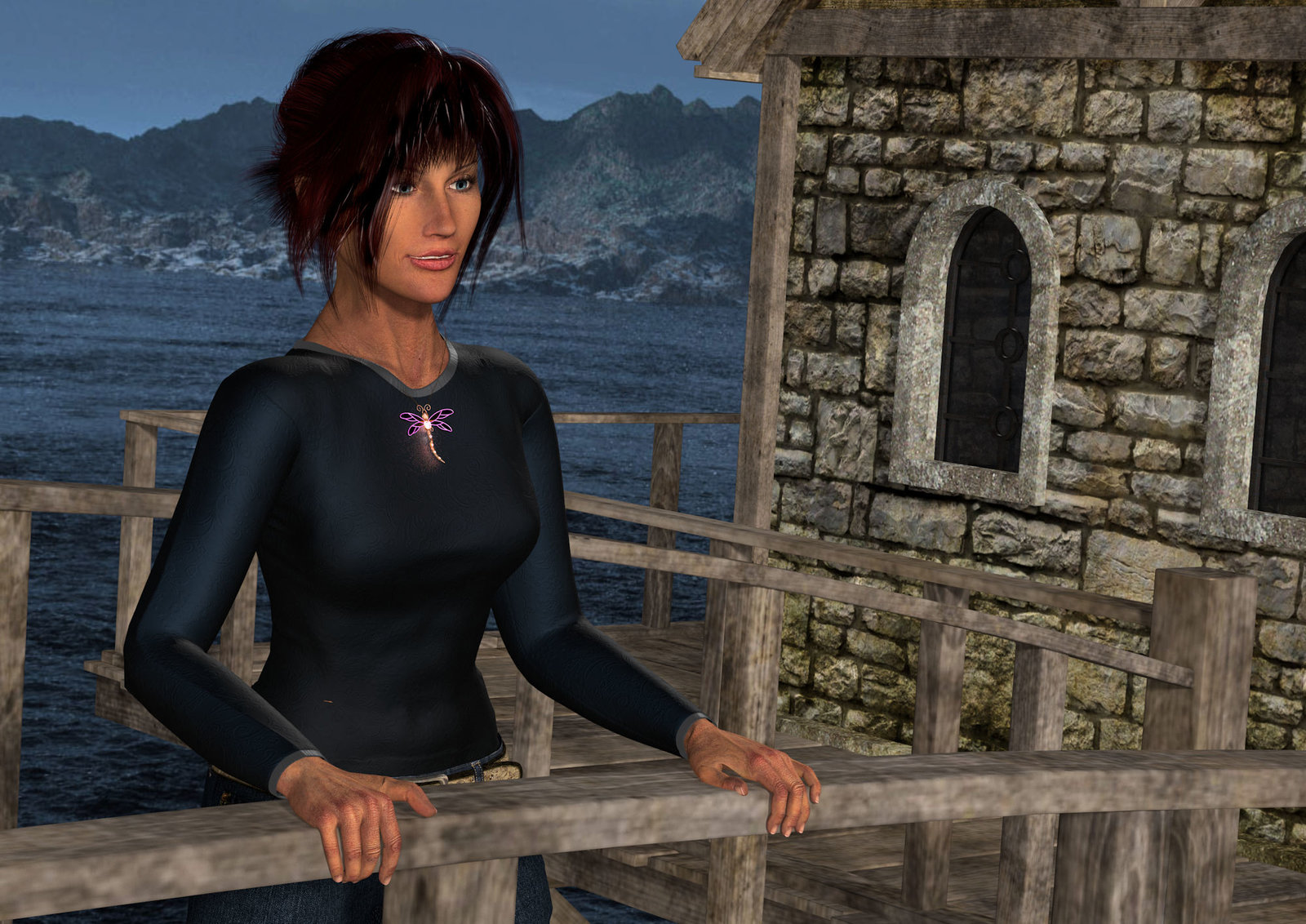 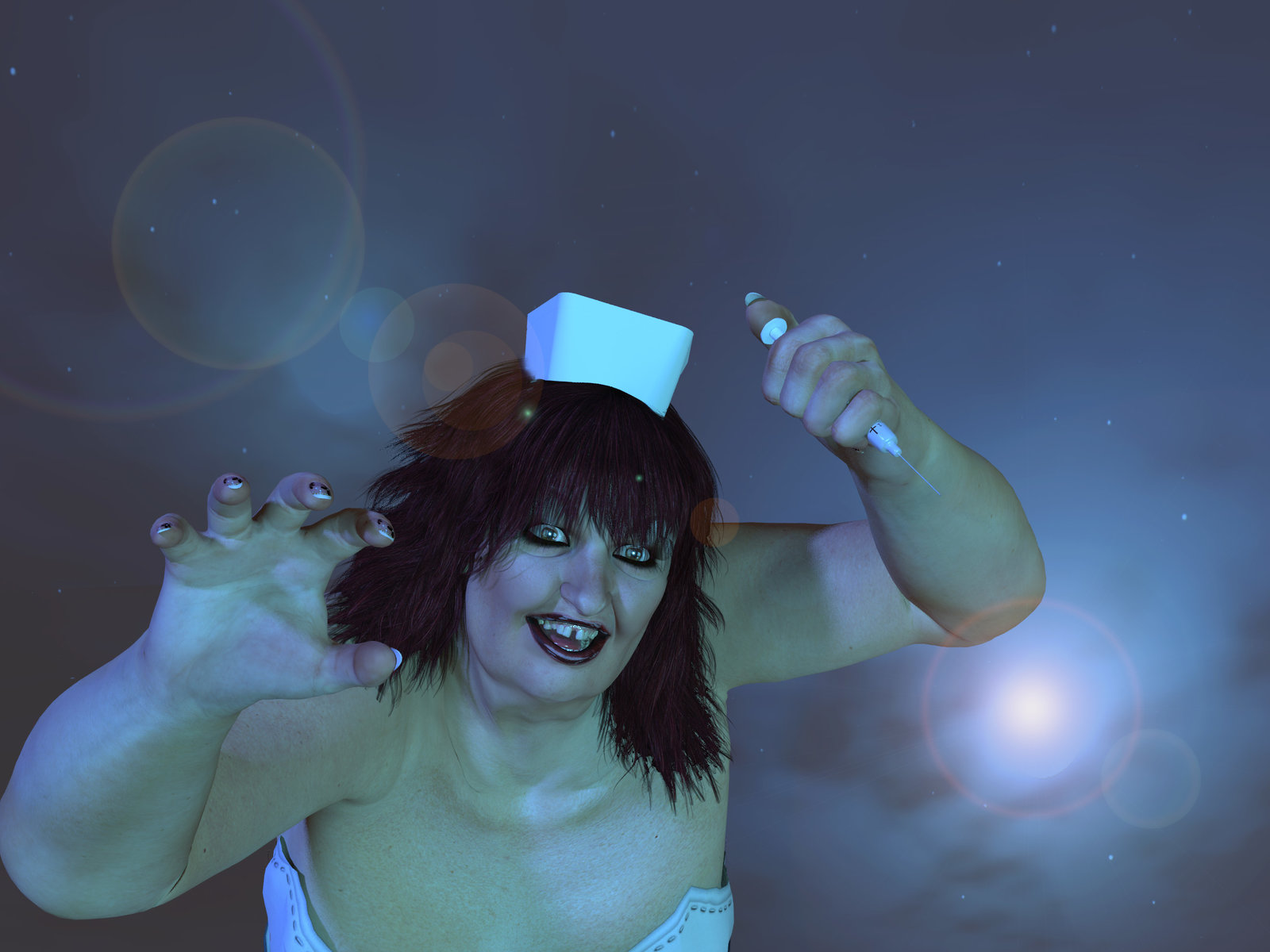